It doesn’t matter whether you’re a beginner, intermediate, or an advanced user of Photoshop, there are literally thousands of tutorials scattered across the web that can teach you how to create just about anything you could ever dream up.

It seems that with every single release, Photoshop becomes even more powerful.The latest version of Photoshop (CS6) allows digital designers and photographers to do more than ever before. The amount of features this program contains is mind boggling, and because of this, I personally think there’s been a lot of incredible Photoshop tutorials making their way online this year.

In this article, we’re going to be focusing on intermediate/advanced Photoshop tutorials. If you’re just starting out with Photoshop, I recommend heading over to a site like Tizag and learning about the tools and effects that Photoshop has to offer (don’t worry, it’s free).

If you’re moderately experienced with Photoshop and looking to advance your skills further and/or create some cool stuff that will actually be useful in the commercial world, I’ve collected some of the best Photoshop tutorials of 2013. Clearly the year isn’t over yet, but these tutorials are some of the top so far. 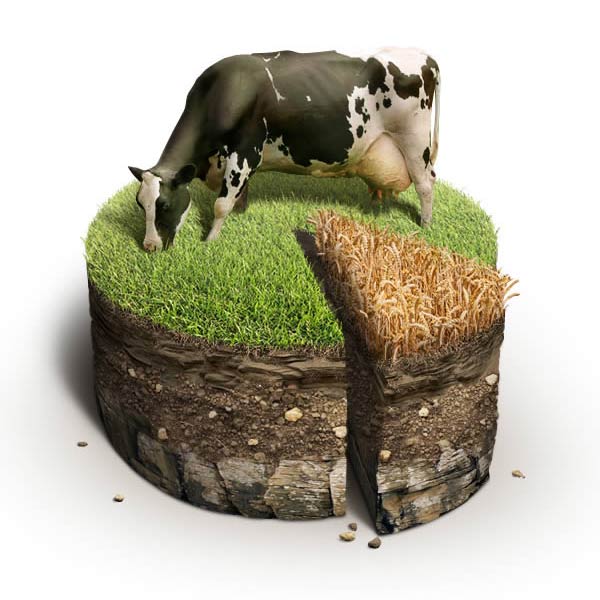 I guess this sounds like a bit of a strange tutorial but for all of those aspiring infographic designers out there, I think it’s one of the best and most creative tutorials this year.

You can see from the image above what the final product looks like and as you can see, it looks pretty realistic.

The cool thing about this tutorial is that once you’ve learned the technique, you aren’t bound to a cow on a soil cake, you’re free to let your imagination run wild. 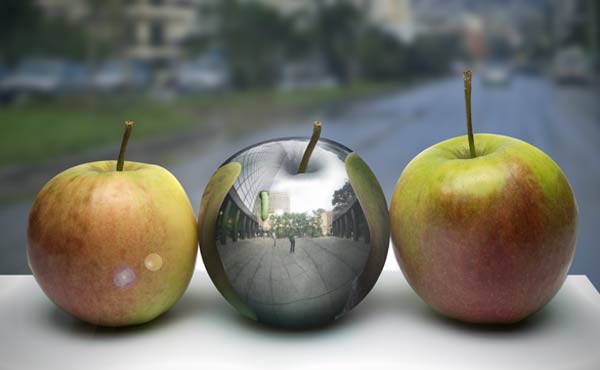 For those looking to excel in photo-manipulation, this is a really cool tutorial that’ll probably be applicable in various commercial situations.

Essentially, you’ll be making a photo-realistic metallic apple in this tutorial but once again, once you’ve learnt the technique, you’re not just bound to apples. You can do this with any fruit or any relatively spherical object. 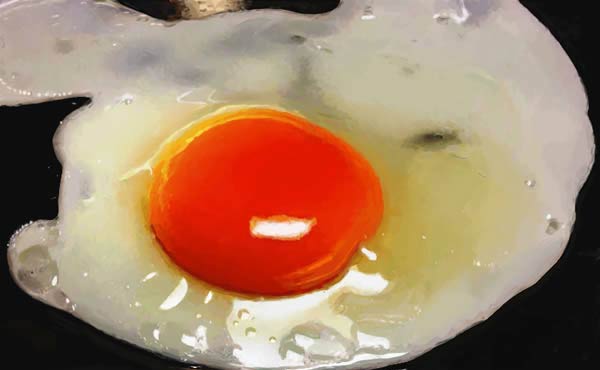 Here’s another fantastic photo-realistic tutorial and this time, you’ll be creating a fried egg. The only difference is that the entire egg will be illustrated rather than manipulated.

If you take a look at the image above, you can see that the end-result is extremely realistic. If you can master this technique, you’ll be well on your way to earning some serious dosh.

#4 – Creating Beams Of Light From Scratch

It sounds like a simple task doesn’t it? But trust me, it’s a lot more difficult to create this end-result than you think.

Having said that, this tutorial (presented in a video format) does a fantastic job of explaining exactly how to go about doing this. If you’re into creating alien abduction manipulations, then this tutorial could be right up your alley.

I know what you’re thinking; it doesn’t really sound like an exciting tutorials right? In fact, you’ve probably erased backgrounds from photos a number of times, so what’s new?

What’s new is the Background Eraser Tool. This tool is a new addition to the latest version of Photoshop. It’s much easier to use that the clone stamp tool you usually use to erase or blend backgrounds.

This tutorial does a great job of explaining how to use the Background Eraser Tool to create a realistic outcome.

As you can see from the image above, the end-result is pretty spectacular.

The cool thing about this tutorial is that, once again, you’ll be able to apply the knowledge learned and create a “water-version” of just about any animal, person, or thing you can think of.

I personally think the end-result from this tutorial is absolutely stunning and I’m sure it holds a lot of possibilities for those creative minds out there too. The tutorial itself is laid out over multiple pages and is pretty easy to follow.

When you compare the initial photo and the end-result you see above, the difference is absolutely astonishing and clearly, it’s a desirable photo manipulation skill to hold in today’s world (especially with those Instagram-obsessed teens).

It’s quite a lengthy tutorial (spanning across four pages) but I’m sure you’ll agree, the outcome is great.

I really think this tutorial deserves a place on this because it’s very useful.

I’m sure most of you will be familiar with the process of creating/using Photoshop actions and if you are, you’ll probably also know that there are certain limitations (such as placing a watermark on both portrait and landscape photos for example).

In Photoshop CS6, there’s a new feature that allows you to create actions based on certain conditions. It’s a pretty short tutorial, but trust me, it’ll make your life a lot easier and save you a whole bunch of time in the future. 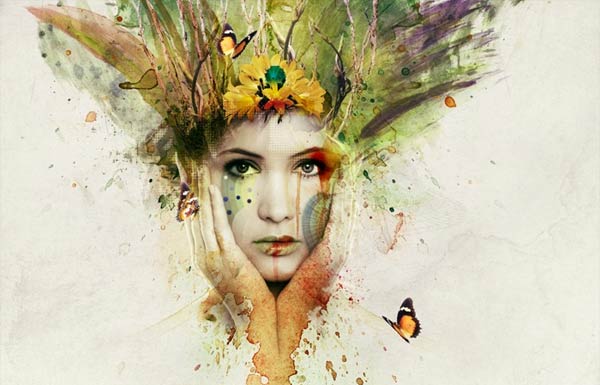 Watercolour photo manipulations are always in demand; probably because they look so stunning (as you can see from the image above).

This tutorial walks you through the entire process of creating a beautiful watercolour image in Photoshop. It’s pretty lengthy, but if you’re into poster design and/or illustration, it’s definitely one of the best tutorials out there.

Richard Wilson is a design enthusiast based in the UK. He has been designing in Photoshop for a number of years and now helps to teach the Photoshop course at Acuity Training; an IT training company.