If you know anything about Jeff Bezos, you know that he is an extraordinary man. He, a technology entrepreneur, is the founder and CEO of Amazon.com, as well as the owner of The Washington Post newspaper. He is also ranked as the 20th wealthiest person in the world with an estimated 30.2 billion net worth, and has been thus ranked as the second best CEO by Harvard Business Review, after the late Steve Jobs of Apple, of course.

Jeff Bezos has led the world in a strong and unforgettable direction with his accomplishments, and is clearly an expert in business. I have learned quite a number of things from him that I feel the need to share. 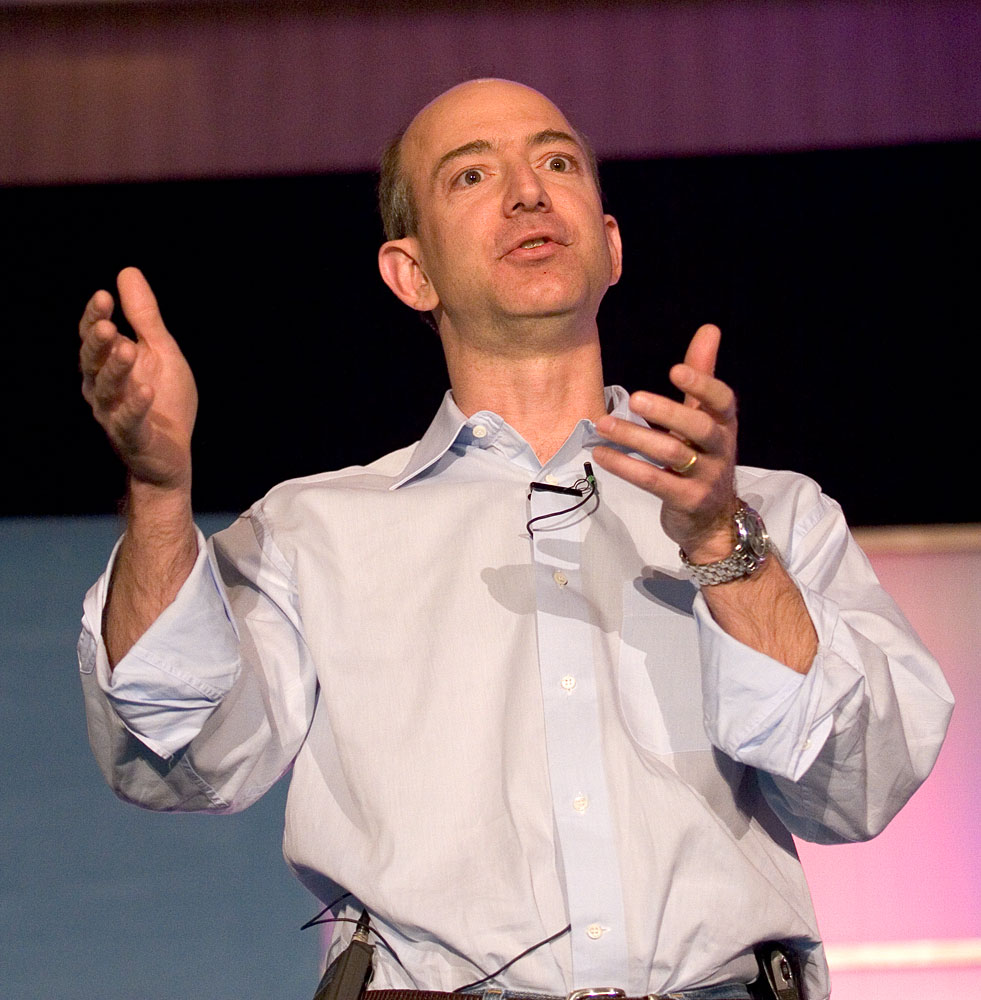 Despite Amazon’s large size, Jeff Bezos believes that working units should fit under the Two-Pizza Rule, meaning that the number of people working towards a task should be able to be fed with two pizzas. This, often, works out to be about 5-7 people. The idea behind this thought process is that the working groups should not be too small to overwhelm workers and prevent the work from being completed, but they should not be too large either. Large groups can become inefficient. Have nice sized groups, and your business shall be successful.

Something that I have found to be very interesting is the fact that Jeff Bezos is one of the few successful CEOs who is not obsessed about their quarter revenues. When asked, he could not place a specific number on the money they had made that quarter, a fact rare for CEOs. He could not think of the current numbers because he was already thinking of what was next.

Too many companies focus on how to make more money. While moneymaking is a business’s initial reason to exist, it’s the customers you want satisfied. Be honest and look out for the best interest of the customers, and their loyalty will earn you back enough money. Instead of being sought after, have the money be a bonus.

Be Based On “The-Things-That-Don’t-Change” Strategy

Another thing I learned from genius Jeff Bezos is to hone in on the things that do not change, and create your business strategy from that. While looking into the future can be inventive, doing it to project how the company should change is not effective. Not enough people ask about the things that don’t change. For example, having fast service and low prices are bound to never change. Promise these two things to your customers, and you won’t have to worry about how the company should alter itself.

Jeff Bezos makes an effort to be motivated to do something based on the possibility of regret. If you have a fear about a business decision and feel hesitant to do it, think about whether or not you would regret not doing it, and wonder about it later. If this is the case, the only choice you do have is to act.

Companies have the urge to charge people more to gain more revenue, but as Jeff Bezos argues, it is better that you have satisfied customers. If prices are raised, many customers will feel angry, used, and worse: that the company is not looking after them. Raising prices may initially earn you more money, but it will ultimately cause you to lose revenue due to lost customers.

Be Flexible and Stubborn

It is true that being flexible and stubborn is an oxymoron. But as in the case of Jeff Bezos, being an oxymoron may be the only way to be. As he states, “We are stubborn on vision. We are flexible on details”. He carried on to say that if “you’re not stubborn, you’ll give up on experiments too soon. And if you’re not flexible, you’ll pound your head against the wall and you won’t see a different solution to a problem you’re trying to solve.” This seems like the perfect temperament solution to me.

While trying new things, especially with the idea that your business is revolutionizing the world in some way, is a good thing, build on those thoughts with things that are known to currently work.

Many people, myself included, may look at a grand person such as Jeff Bezos and think that what he has accomplished has landed him the right to retire. He thinks that, as successful as Amazon is, it is still on its first chapter. Think of where your company will be the long run to truly make it last.

Word of Mouth is King

In the digital age, it has become easier and easier to self-promote and push your business. Having said that, it makes it no easier for people to decide you are the one they want to check out. More opportunity means more opportunity for everyone else as well, and your voice can be drowned out. This is why I agree with Jeff Bezos in that in the digital age, word of mouth is more important than ever before. Get people to talk about your product (and/or service), and you will truly have success.

I hope this article has inspired you. You don’t need to be a CEO of a massive company to implement these valuable lessons. I believe just about any entrepreneur, artist, designer, and every other creative can learn from him. Good luck!