2 Chainz achieved mainstream success in 2012 following the release of his debut album, Based on a T.R.U. Story. The album was a commercial success despite receiving mixed reviews.

Tauheed Epps is also a shrewd businessman who has explored a number of successful ventures over the course of his music career.

Tauheed K. Epps was born on September 12, 1977, in College Park, Georgia. He was the only child. Epp’s father was in and out of prison numerous times throughout Tauheed’s childhood. So, he never had a real connection with him and was mostly raised by his single mom.

Epps took an interest in basketball from his pre-teen years. He attended and played basketball for North Clayton High School. He later proceeded to Alabama State University on a scholarship and went on to play college basketball for the university’s team between 1995 and 1997. 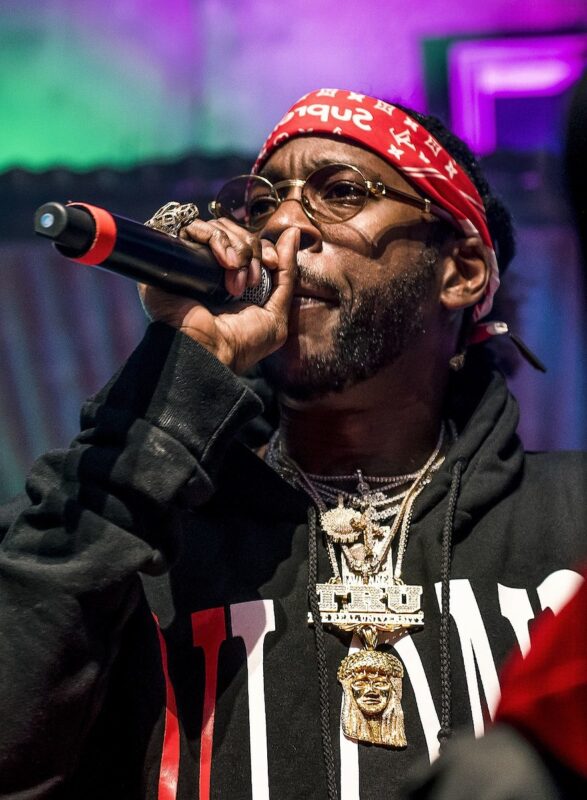 Epps gained initial fame after founding the hip-hop duo, Playaz Circle, along with high school friend and rapper Earl Conyers (Dolla Boy). During this time, he rapped under the moniker Tity Boi. The duo released their independent album in 2002, titled ‘United We Stand, United We Fall.’ Although the album was not exactly a critical or commercial success, it helped introduce Epps to rapper Ludacris.

Shortly after, Tauheed Epps left Disturbing Tha Peace in order to pursue a solo career. In 2011, Epps changed his stage name from Tity Boi to 2 Chainz. Along with the name change came a series of music projects, including the mixtape T.R.U. REALigion released the same year.

2 Chainz released his debut album, Based on a T.R.U. Story, in 2012 to critical and commercial success. The album debuted at #1 on the US Billboard 200 and sold 147,000 copies during its first week.

The rapper has since followed his debut studio album with five more albums, including:

Like many rappers, 2 Chainz has also made several television appearances over the course of his music career.

On May 8, 2013, 2 Chainz made a guest appearance on an episode of Law & Order: Special Victims Unit. The same year, he also appeared on an episode of the CBS sitcom 2 Broke Girls. 2 Chainz’s television endeavors also include a collaboration with Viceland on the reality show Most Expensivest. The show debuted on November 15, 2017, and has since aired three seasons.

As of the time of writing, 2 Chainz has won eight awards, including 1 Grammy Award, 2 BET Awards, and 5 BET Hip-Hop Music Awards.

It’s unclear why 2 Chainz abandoned basketball in favor of rapping. But that decision seems to have been well-thought-out since the rapper has made nearly his entire fortune from the music industry.

As of April 1, 2021, 2 Chainz had a net worth of $9 million. His wealth comes from album and record sales, as well as from his songwriting and record producing undertakings.

Epps has also involved himself in a series of television projects that contribute to his overall net worth. One such project is the reality show Most Expensivest.

2 Chainz also makes his money from various business undertakings outside of the entertainment industry. In October 2016, the rapper launched a line of hoodies known as CEO Millionaires. He also has a line of sweaters called Dabbing Sweaters.

1. Carve your own niche

After achieving moderate success as a member of Playaz Circle, 2 Chainz decided to pursue a solo career.

Regardless of your level of success, it’s important to keep tabs on everything that happens around you. Especially things that truly matter to you.

2 Chainz once said, “I encourage everyone to pay attention to the issues that matter to you, from jobs and the economy to education and our schools, to criminal justice reform. Whatever it is that you care about, make sure you use your voice.”

2 Chainz has collaborated with scores of artists throughout his music career, including Travis Scott, Nicki Minaj, Lil Wayne, Pharrell Williams, to mention but a few. 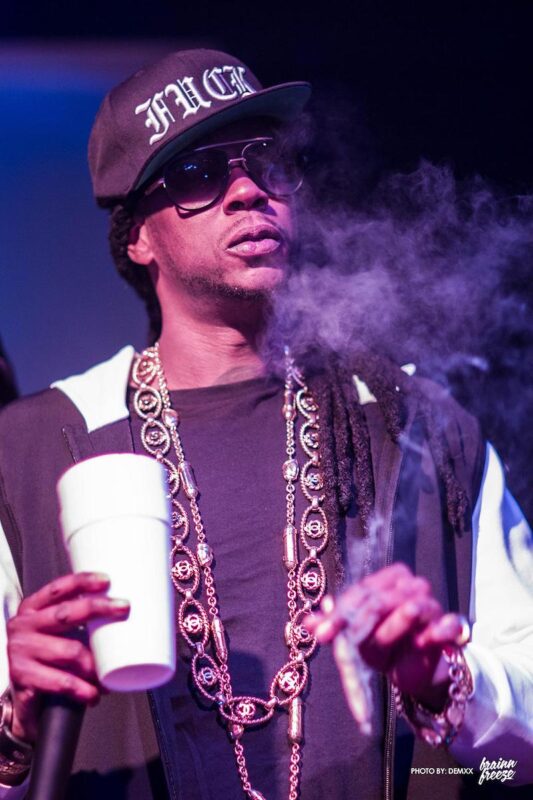 “I can say sincerely, don’t take your voice for granted. It is truly what makes us all equal.”

“I wake up each and every day with a smile on my face knowing I get to do something musically.”

“My whole story is just about me having a second chance.”

“You need to be your own individual.”

2 Chainz is an American rapper who began as a basketball player before switching careers to music. He’s regarded as one of the most influential rappers, especially among aspiring southern musicians. His current net worth is a staggering $9 million.