Chris Leavens was born and raised in Pennsylvania. Through school he would spend his time doodling, drawing robots, spaceships, and bizarre creatures. He was an amazing student, bringing home straight A’s to his parents. He continued both his education and his doodling at Penn State University. He graduated with a BA in film and video. A few months after graduating, Chris migrated west to Los Angeles in search of work in the film industry. He encountered a few projects, including a brief career as a video editor and motion graphics designer, as well as his directorial debut, I Don’t Know Jack, a feature documentary about Jack Nance, star of David Lynch’s Eraserhead. Chris decided to take a break from the film biz and began working as an illustrator, graphic designer, and web designer, focusing primarily on educational material for children. Today he continues to create creative and humorous illustrations. 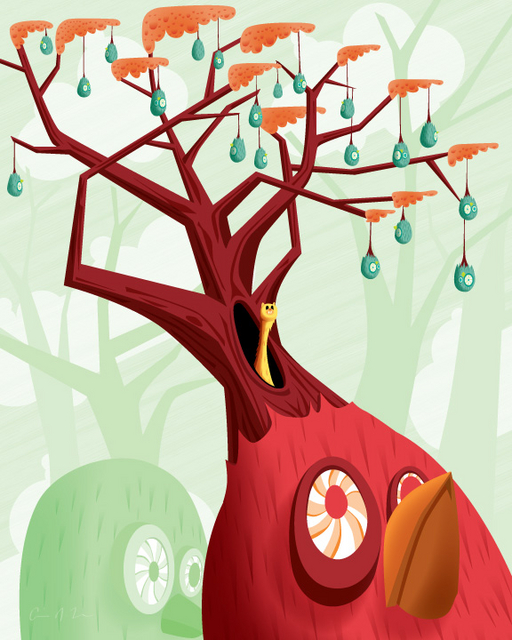 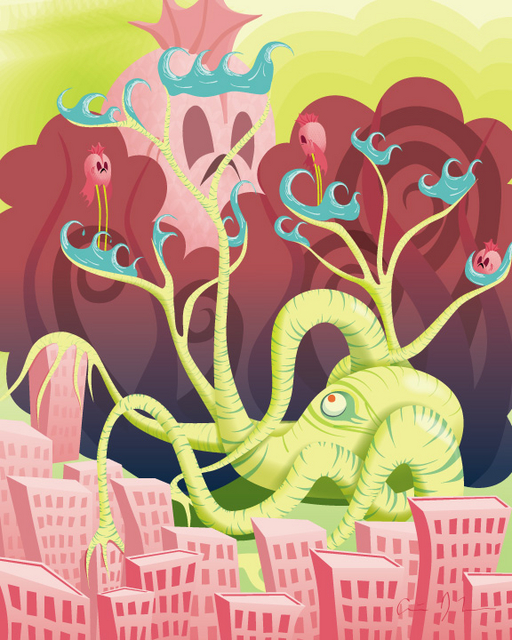 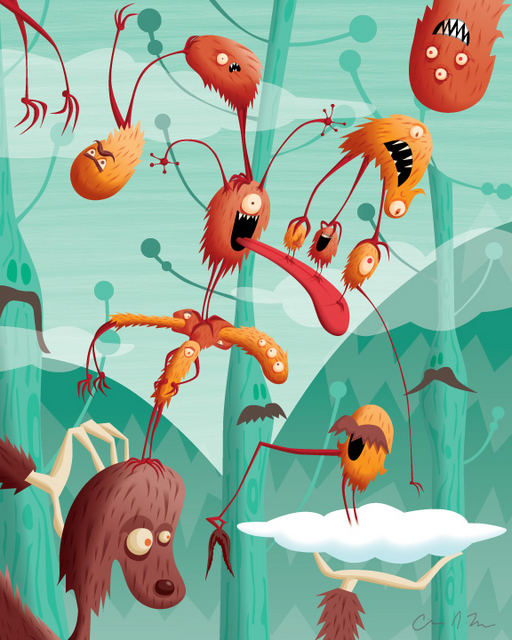 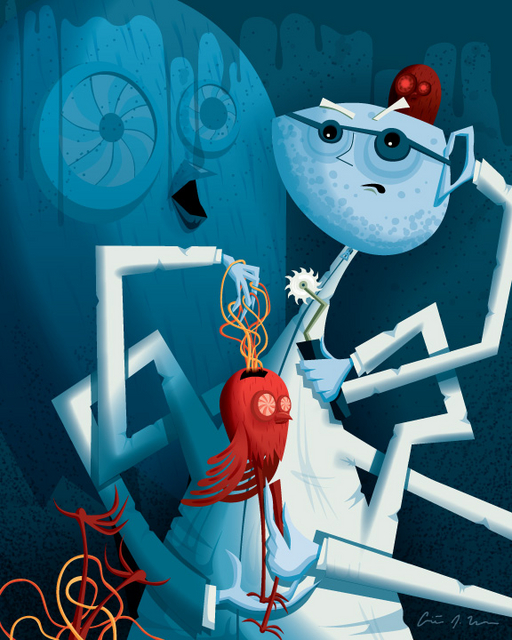 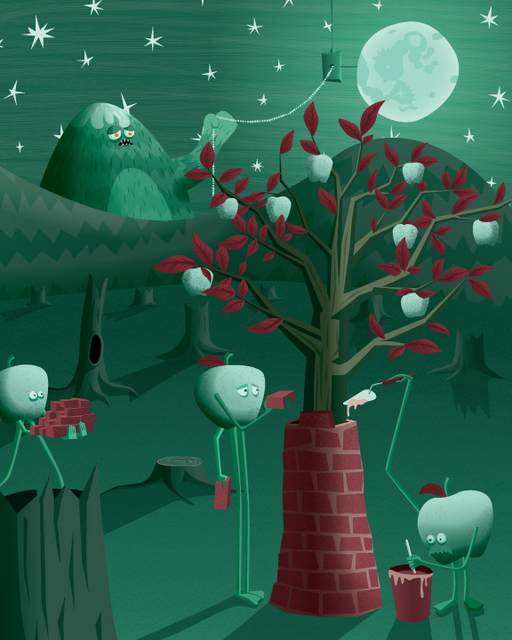 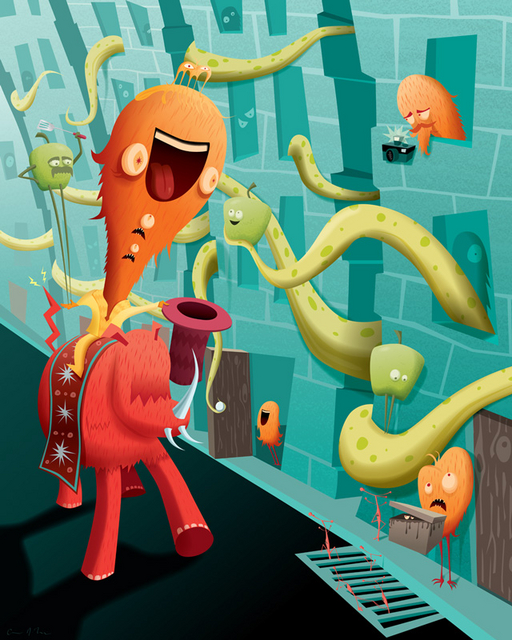 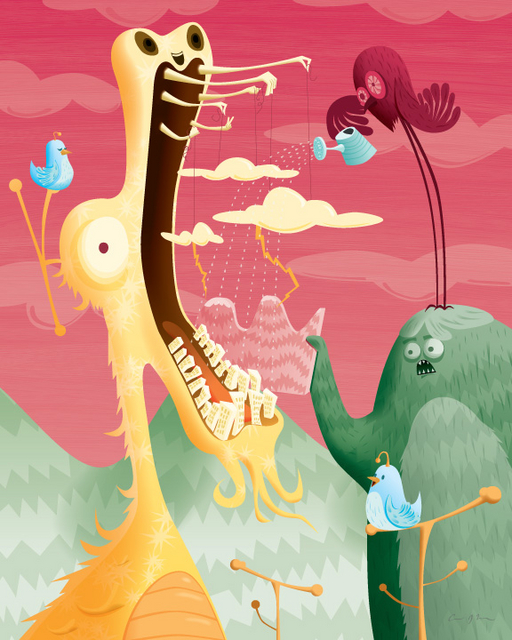 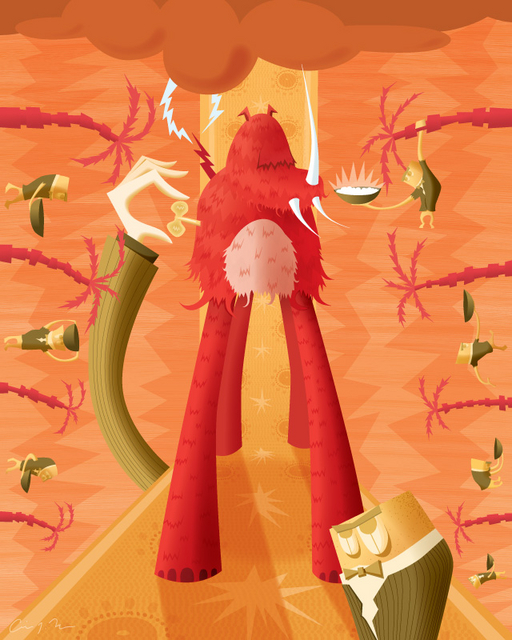 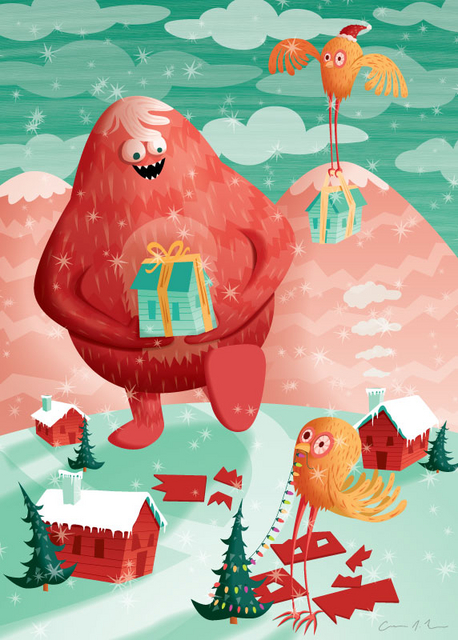 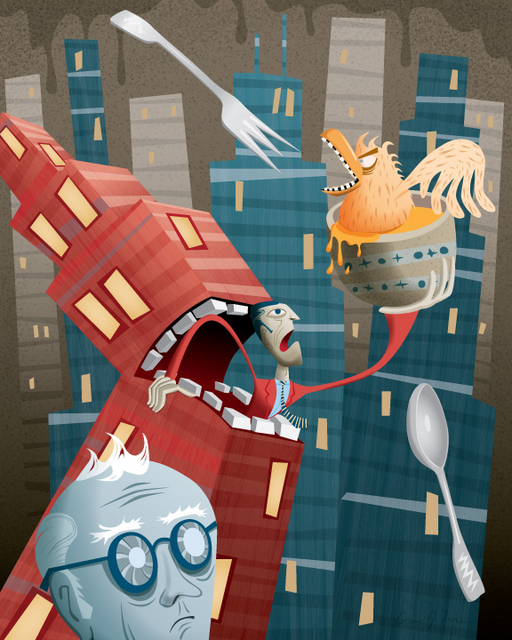