Today you will take a look at some of the best office’s in the industry. We have gathered office photographs from some of the most well know internet companies around. They are YouTube, Google, Threadless, SoundCloud, and Twitter. You will see how the employees of these companies get treated and what kinds of perks they get daily. Honestly these examples should set the standard workspaces for any internet business. For example Google has a chef that will cook you anything you like! Considering i can’t cook, this would be the perfect job for me. Anyhow, we hope you will enjoy this roundup. We have included some history and numbers about the companies below, so be sure to read before browsing.

Ever since its launch in 2005 YouTube has quickly become the top dog  for video content on the internet. Today YouTube is the third most visited website in the world according to Alexa. We use Youtube to find funny videos, movie trailers, video game montages, music videos, and much much more.  In 2006 Google purchased YouTube for $1.65 billion, and to this day it has yet to make its first profit.

Now that you have some background on YouTube, we would like to show you what its like to be an employee for them. Check out the following pictures of the YouTube Headquaters located in San Bruno, California. The employees at Youtube have many perks at their job, like the swimming pool, workout room, and a little putting green. 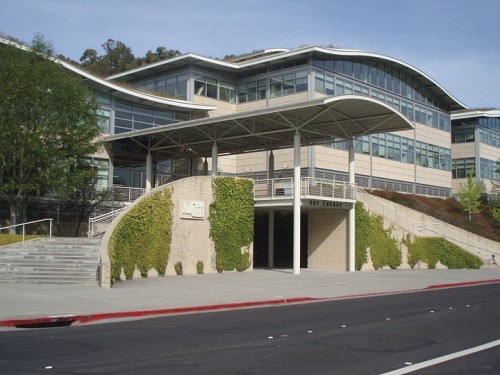 Well if you haven’t been living under a rock, you probably know what Twitter is. Founded in 2006, Twitter is one of the biggest social networks on the internet just like LinkedIn and Facebook. As of Jun 8, 2010 Twitter has over 190 million users, and their users tweet over 65 million times a day! Twitter currently has 141 employees ranging from Business Development & Sales, Engineering,Corporate IT, Research, Support, and much more.

Check out the following pictures of the Twitter Headquaters located in San Francisco, California. Twitter HQ has several small meeting rooms with displays or white boards. They really do a great amount of brainstorming and opinion gathering with most employees.

Google is the tech giant. Founded in 1998, Google employs over 20,000 workers. Google has been known for both creative and fun workplace and Google’s Zurich office definitely shows that tradition off. Just like other Google offices, workers have access to dining areas and many fun things. If you’re tired and need a break, just get up and read a book, play Xbox, play pool, get a meal made for you by a chef, or just watch Tv. Basically Google sets the standard of what a workplace should be like.

Although this isn’t the main Google Headquarters, Zurich shows of many features that most Google buildings provide. Don’t get too jealous while browsing.

Threadless is one of the most successful online T-shirt company. Threadless was founded in 2000 by Jake Nickell and Jacob DeHart after winning a custom shirt design contest. Ever since it has grown to be one of the best web based clothing retailers around! Currently Threadless has 80 employees.

Check out the following pictures of the Threadless Headquaters located in Chicago, Illinois. The workspace is full of shelving stocked with new shirts ready to be shipped. One of the most valued perks looks like the ping pong table. We wonder, who is the champ?

Founded in 2007, SoundCloud lets you move music fast & easy. The platform takes the daily hassle out of receiving, sending & distributing music for artists, record labels & other music professionals. Many common day artist use SoundCloud to share their gigs, sets, and tracks they have produced. Lets say you just made an awesome tune, and would like to share it. You can publish it and let you friends download it directly from SoundCloud.

You probably think soundcloud is just managed by a huge group of people, well currently they only have 30 employees. Their office is very minimal and serves as an easy going friendly environment. Check out the following pictures of the SoundCloud Headquaters located in Berlin, Germany.

What studio would you work for if you had a chance? We would love to hear your thoughts, so please comment below(don’t be shy!).