The story of 50 Cent’s tumultuous rise through the rap industry is one that will be told for generations to come. If there was ever an award given to celebrities that have weathered all odds to succeed in their careers, 50 Cent would undoubtedly be a strong contender. The rapper has literally tasted the ugly side of life.

At the tender age of 12 years, 50 Cent was already dealing in drugs. He would later decide to make a clean start by venturing into music. But his music career faced a couple of false starts too, including being shot just days before releasing his album. The journey has indeed been long and treacherous for the Queens, NYC-born rapper and producer.

50 Cent was born Curtis James Jackson III on the 6th of July, 1975, in Queens, New York City, to Sabrina Jackson. The details of his father are largely unknown.

Sabrina, who was a drug dealer, raised her son alone. She died in a mysterious fire when 50 Cent was only 8 years old. The incident saw the young Jackson move in with his grandmother.

At the age of 12, 50 Cent started dealing in narcotics, which saw him get arrested on several occasions. In 1999, after trying amateur rapping for years, he was signed to Columbia Records.

He released his debut album a year later, titled Power of the Dollar. However, it was his single album, How to Rob that truly propelled him onto the spotlight.

The rapper has since released scores of albums, which have collectively sold more than 30 million copies worldwide.

As of July 1, 2021, 50 Cent had an estimated net worth of $40 million. Various endeavors, including selling records and touring, acting and film production, and brand partnerships, have contributed to the 50 Cent empire. In fact, the singer’s net worth would be way higher than that, were it not for his lavish spending on cars and real estate, as well as expensive lawsuits.

Some of his most successful albums include:

50 Cent has entered into numerous brand partnership deals. One of his most successful financial investments was with Vitamin Water.

The rapper negotiated a minority stake with the company in a deal that saw him being declared the company’s celebrity spokesman. Part of the contract included lending his name to some of the company’s products, such as the Formula 50 drink.

Vitamin Water would later be acquired by the Coca Cola Company at a lucrative cost of $4.1 billion. According to reports, 50 Cent earned approximately ten times more than what he had made throughout his rapping career. His equity stake in Vitamin Water was rumored to be 2.5%, which means that he grossed between $100 and $150 million from the acquisition deal.

Another notable deal that 50 Cent has entered into was with Effen Vodka. In July 2017, unconfirmed reports indicated that the rapper sold his stake in the vodka brand for $60 million.

Other brand partnership deals that the rapper has entered into include;

In addition to singing and rapping, 50 Cent has featured in several films, some of which have been commercially successful at the box office.

Some of the movies he has starred in include;

50 Cent Real Estate and Other Assets

50 Cent owns a 17-acre property in Connecticut, valued at more than $5 million. He purchased the property in 2003 at a cost of $4.1 million and spent another $6 million on upgrading it.

According to recent reports, the house, which was previously owned by the legendary Mike Tyson, gobbles at least $72,000 per month in maintenance alone. The rapper has several other apartments in Atlanta, New Jersey, and Long Island. 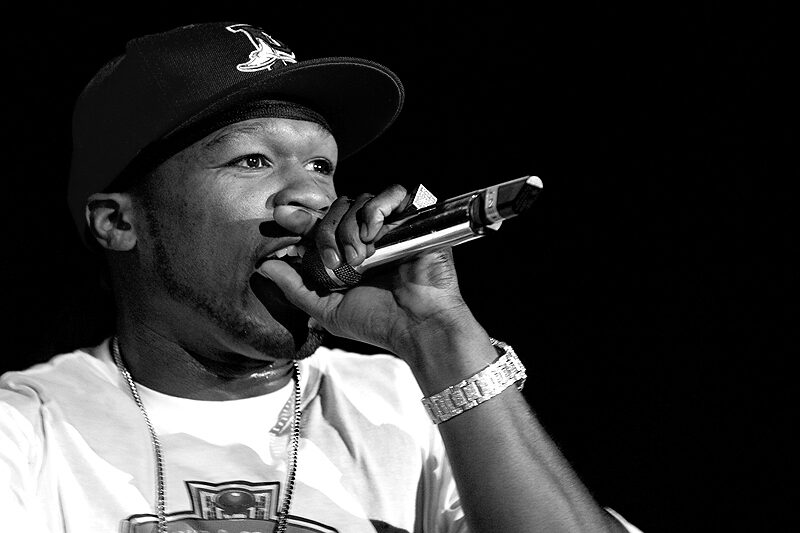 1. Your background shouldn’t define you

50 Cent was raised by a single parent whom he lost when he was only 8. He then became involved in narcotics trade at the age of 12. However, he rose above these challenges to become the acclaimed rapper we know of him today.

2. What doesn’t kill you can only make you stronger

This age-old quote captures the struggles of 50 Cent, both literally and figuratively. In 2000, the rapper was shot ten times when he was due to launch an album. He was miraculously healed in six months, bouncing back onto the stage like he never left.

50 Cent lives by a strong work ethic. Though he’s mostly a singer, he has taken part in numerous other financial ventures. He once said that he doesn’t sleep, as sleep is for broke people.

Here are some of his famous quotes:

“Behind me is infinite power. Before me is endless possibility, around me is boundless opportunity. My strength is mental, physical and spiritual.”

“Death gotta be easy, ’cause life is hard. It’ll leave you physically, mentally and emotionally scarred.”

“Every negative is a positive. The bad things that happen to me, I somehow make them good. That means you can’t do anything to hurt me.”

“If you die in an elevator, make sure you press the up button.”

50 Cent may not be as rich as he should, thanks to an avalanche of lawsuits brought up against him. But from him, we learn one crucial lesson on wealth creation – you either get rich or die trying.