According to the spiritual Law of Vibration, all matter is made up of particles that are ever in a state of vibration. These particles vibrate at different frequencies, and each one of them releases energy depending on its intensity and frequency of vibration.

Our human body also comprises these particles, which implies that we have immense energies flowing within us. If we succeed in unlocking these energies, we can effectively achieve a balanced state of body, mind, and soul. And that’s what chakra is all about.

Chakras refer to the centers of energy that exist inside the human body. The word is derived from Sanskrit, and literally means ‘wheel.’

Before the advent of modern medicine, ancient cultures believed that our bodies are made up of a life force, also known as prana, which moves inside of us in a spinning motion. The force spins from the base of our spines as it works its way up to the top of our heads, passing through seven crucial points that constitute chakras.

In an ideal situation, our life force should flow through all the chakras in a manner that delivers a balanced state of body, mind, and spirit. Sadly, only a few people are able to unblock all of their seven chakras. That’s because either their life force spins too quickly or too slowly. In the worst-case scenario, their prana may not even spin at all. As such, they lead a life where their physical, emotional, and spiritual realms are ever in a state of conflict.

But how do you unblock all of your 7 chakras? Read on and find out. 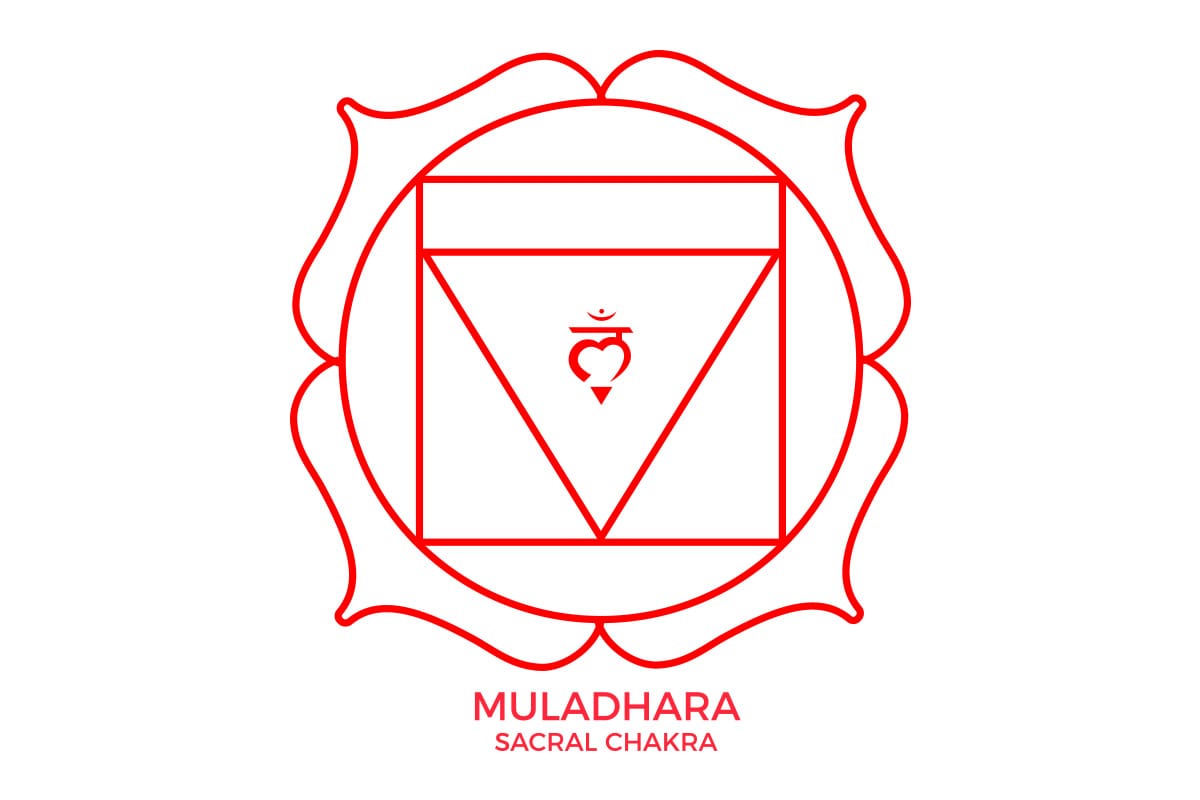 Also known as: Muladhara
Area located: Base of the spine, around the tailbone area
Develops from: 1-7 years
What it controls: Survival issues and family ties
Element: Earth
Representative Stone: Hematite
Representative Color: Red

The root chakra governs our sense of survival, belonging, and family ties. Its location at the base of the body gives us a feeling of being grounded. The chakra preserves our earliest memories and when it’s blocked, we can suffer serious esteem issues and even take to self-destructive behaviors.

When Muladhara is unblocked, you can feel a strong sense of confidence and face some of those life’s challenges that would otherwise appear insurmountable.

The best way to restore a balance of your root chakra is to take a walk in nature.

You could also consider meditating in nature or practicing a bit of yoga, where we recommend the Vrksasana (Tree Pose). Eating more red vegetables, such as tomatoes, is also believed to unblock Muladhara. The sacral chakra influences our ability to express our emotions as well as interpret the emotions of others. The chakra is also associated with creativity and reproductive energy.

Unblocking this chakra releases the feelings of pleasure and gives you the drive to undertake and accomplish the things that naturally make you happy, such as exploring your sexuality. Unblocking the pelvic chakra also makes you feel less guilty, and more emotionally stable and receptive to change.

Visualize life in an ideal world, where your spiritual and physical worlds are in complete harmony.

You can also unblock this chakra by pampering yourself. Enjoy your favorite foods, gift yourself your dream car, go on an adventure hike to a faraway country, relish those moments of intense lovemaking, etc. Essentially, make the most of everything that makes you happy.

You could also try yoga, particularly the Deviasana, or Goddess pose. 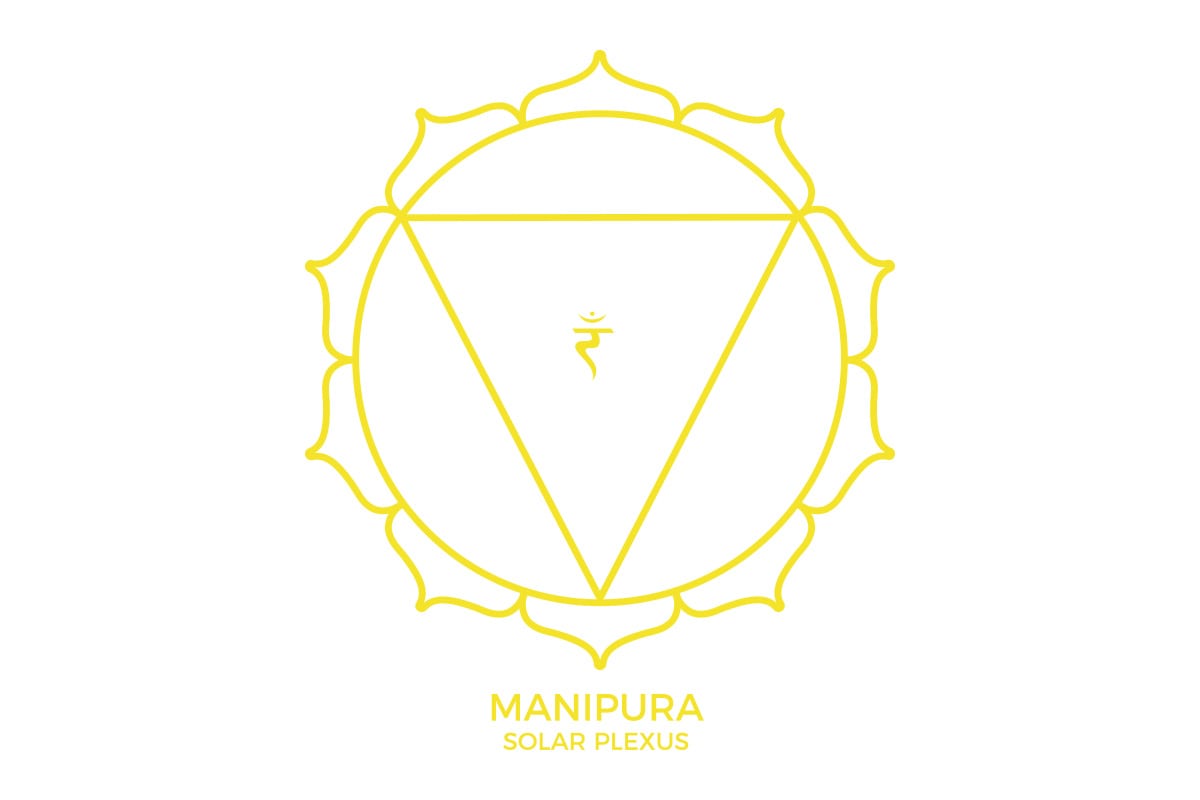 This chakra is associated with a profound sense of self-worth and self-confidence. We’ve all experienced those distressing moments in life when it seemed like we were stuck in some rut. Feelings of inertia and stagnation overwhelm us when our navel chakra is blocked.

You should work on this chakra if you wish to unlock your inner power and face life with a renewed sense of confidence.

The solar plexus chakra is one of the easiest chakras to unblock. That’s because the chakra houses your gut instinct. Therefore, the only way to unblock it is to listen and trust your intuition, even when doing so seems like a risky move.

Related  33 Dreamy Heart Wallpapers and Backgrounds for Every Romantic

If you are into yoga, you can unblock the navel chakra using the Navasana or boat asana. 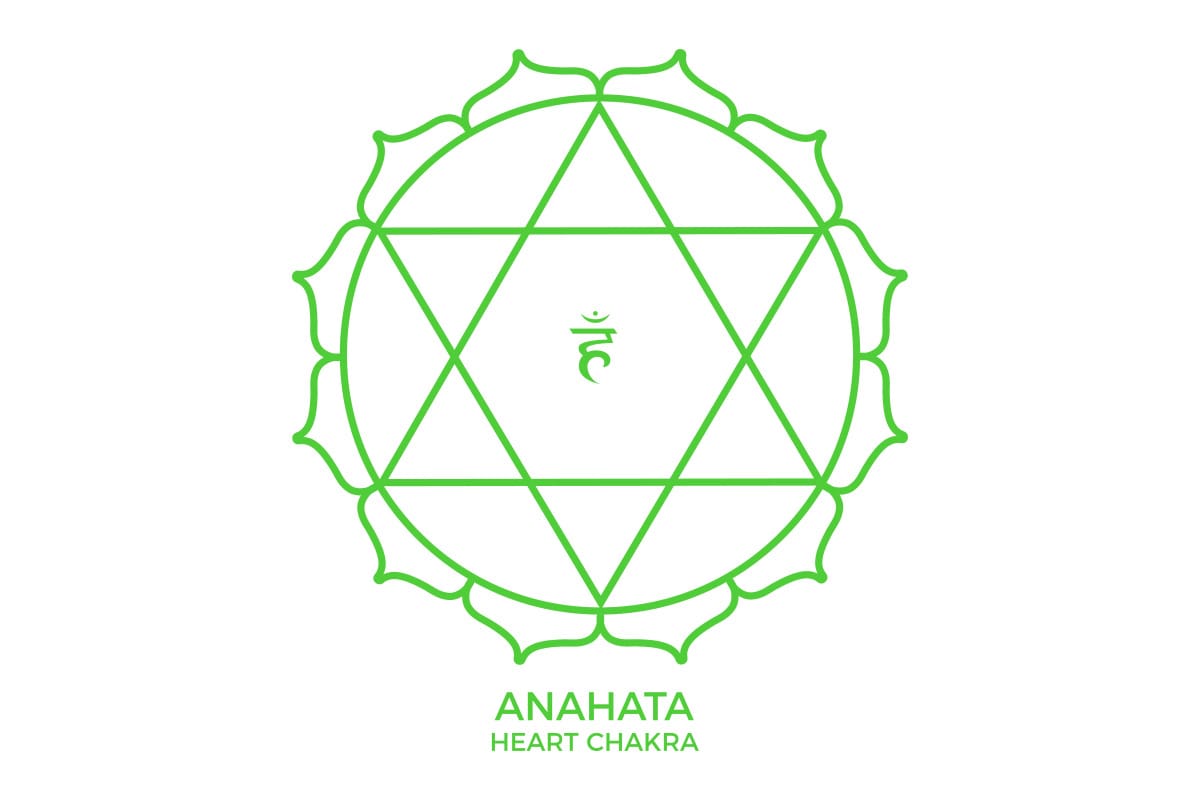 The heart chakra plays a pivotal role in our bodies by acting as a balance between our lower and upper chakras. The lower chakras mostly relate to our quest for material desires while the upper chakras are associated with our spirituality.

By unblocking the heart chakra, you can easily give and receive love; be it self-love or love from others.

As the chakra is about love, you can unblock it by expressing undying love to yourself as well as other people.

Regularly take some time out of your busy schedules to relax and meditate. You can also take a walk around the neighborhood, go on biking tours, or take part in any activity that refreshes your heart and mind. Then, also do something that makes other people feel loved and appreciated.

The best yoga pose for this chakra is Ustrasana, or the camel pose. 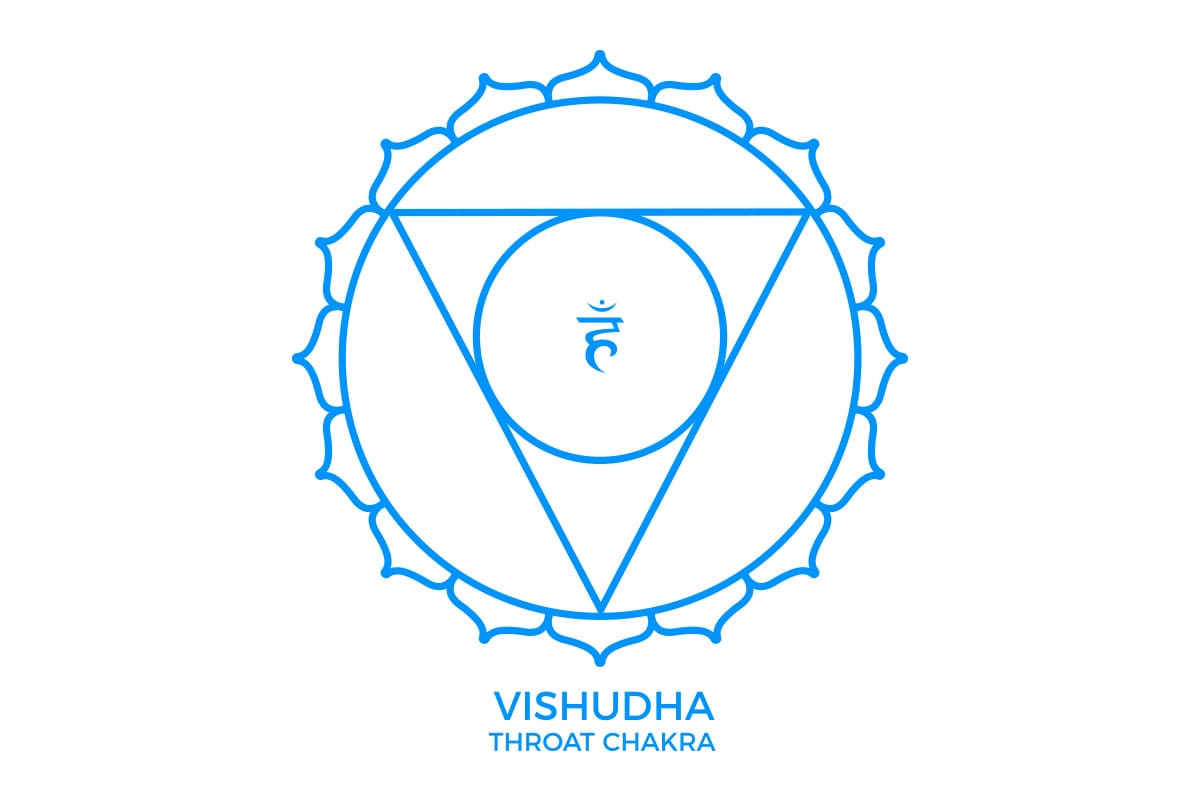 Humans are hard-wired to speak the truth. But there are always those dissenting voices within us, urging us to tell lies even when doing so is unreasonable and unjustifiable. If these feelings frequently overwhelm you, then maybe it’s time to work on your Vishuddha.

When our Vishuddha is blocked, we also tend to talk a lot without pausing to listen to other people’s views and opinions.

But when the throat chakra is fully unblocked, we can voice our opinions more clearly and assertively, while also giving due consideration to the opinions of other people.

The surest indication that your throat chakra is blocked is the feeling that you want to stand out and be noticed. To unblock the throat chakra, try to suppress these feelings, and you’ll eventually find it easy to express yourself.

Related  Daily Meditation: Change Your Mind in 5 Minutes a Day

The Salamba Sarvangasana asana is the best yoga pose to unblock the Vishuddha chakra. 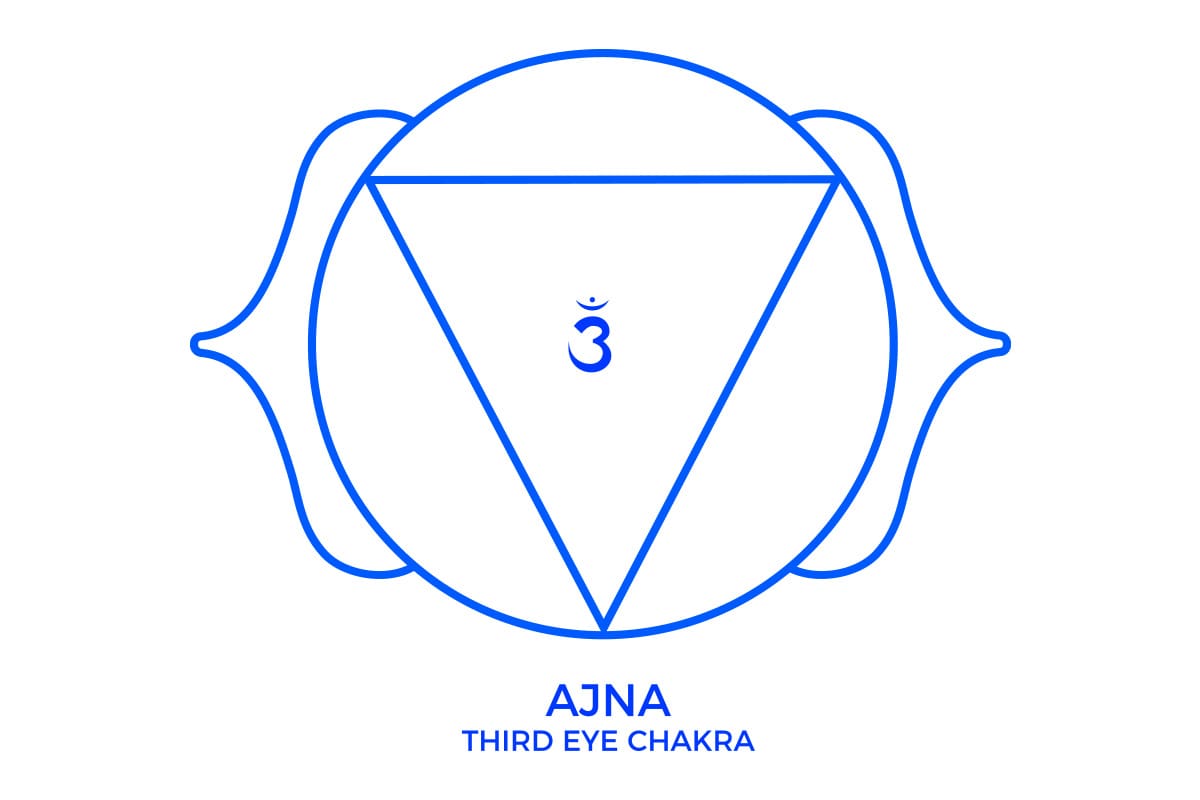 As the name suggests, this chakra influences our ability to see things that aren’t too apparent. It harnesses the powers of the physical eye and our intuition, enabling us to perceive the bigger picture.

When the third-eye chakra is blocked, you’ll be unable to find logic or reason even in life’s simplest manifestations. But when your ajna is fully unblocked, you can view things from a clearer perspective, without getting distracted by the illusions of the physical world.

The best way to unblock your ajna is through meditation or yoga, and there are plenty of yoga asanas that you could try. Examples include the Sukhasana/Easy Pose, Balasana/Child’s Pose, Trataka/Candle Gazing, to mention but a few. 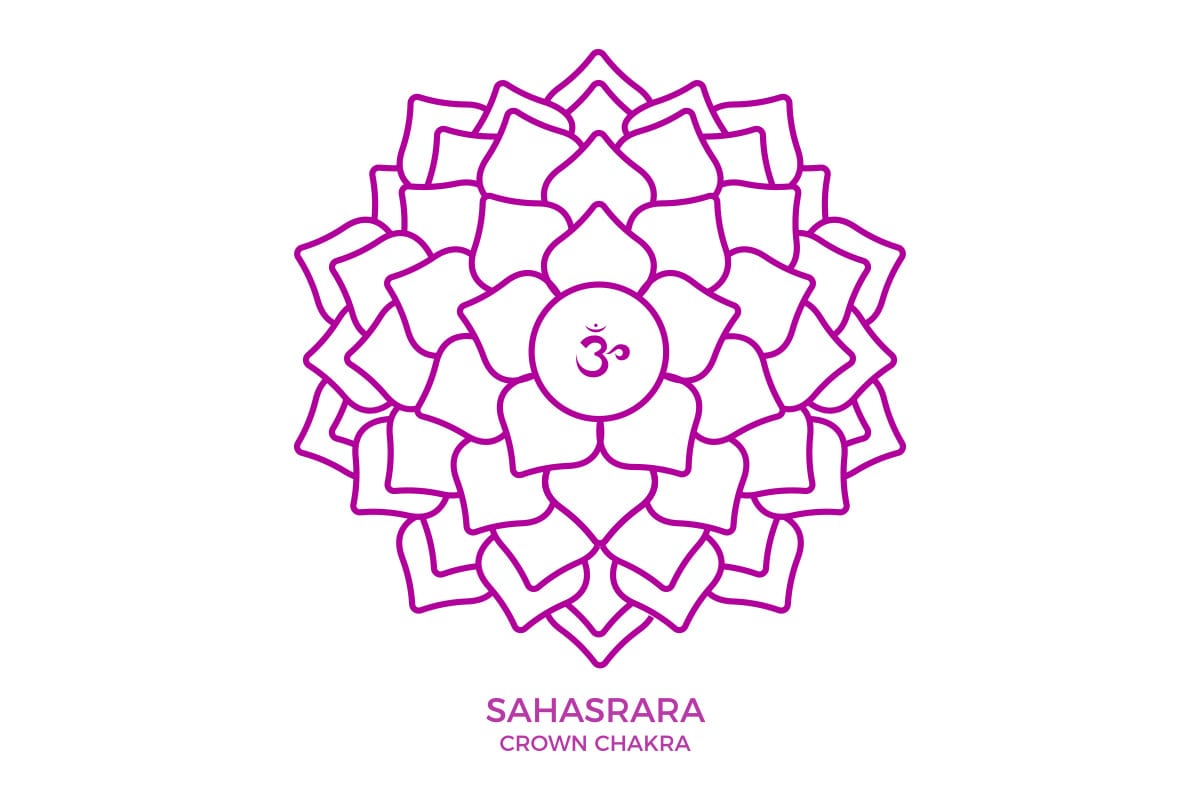 The Sahasrara chakra is located at the highest point in the body, representing our abilities to connect to our higher power. Through this chakra, we can experience a higher state of consciousness and explore our true identity beyond the physical world. Also, the crown chakra helps us to appreciate that we’re all but spiritual beings having human experiences.

When this chakra is blocked, our scope of reasoning narrows and we tend to associate every good thing with the physical world.

The best way to unblock the crown chakra is through intense visualization. Picture a small violet funnel spinning clockwise on top of your body, as white sources of energy pour through the funnel into your body.

While everyone has all the seven chakras within their bodies, very few actually manage to unblock their chakras. But as we’ve seen, you can only achieve a complete state of wellbeing when you work on your chakras.
Start small, by implementing the beginner tips we’ve highlighted here and when you adept at it, you can do yourself one better by incorporating yoga and deep meditation.