If change in the real world is constant, change in cyber world is inescapable. One day, you’re the hottest website in the world; the next, you’re barely scraping by. Unlike in the real world where cleaning up an act over and over again is accorded, the cyber world is a lot more unforgiving. One wrong move online and it can trigger a bad domino effect. No wonder, current popular websites are more vigilant than ever.

Way before Google Maps gained the top online mapping services spot, MapQuest’s name was already established. To some extent, the latter provides street-level instructions on how to get from point A to point B. MapQuest also boasts several cool features like GasPrices page, travel-help information and blog and real-time traffic details. For all intents and purposes, it should’ve stayed on the top.

Unfortunately (for MapQuest), Google Maps came along. And just like anything Google touches, its digital mapping application turned into gold. Albeit, MapQuest is still active and there are still a lot of MapQuest loyalists. Still no one can contest the truth that Google Maps, even with its occasional hitches, easily dethroned MapQuest.

Formerly ranked as the third most visited site online—which is HUGE and quite impressive—the site’s Alexa rank as of April 2014 dropped to the 5918th spot. This isn’t just a typical case of fall from grace; it’s the definition of probably the greatest online fall from grace.

During its glory days in the mid ’90s, Geocities was the go-to web hosting site. It was the epitome of cool websites since it has its own lingo, cities for categories, neighborhoods for groupings, and homesteaders for its users. When Yahoo acquired the site in 1999, the names were discarded. Ten years later, Geocities announced that it’ll shut down in the US, Canada and Europe.

The only light of the tunnel for Geocities these days is its availability in Japan. 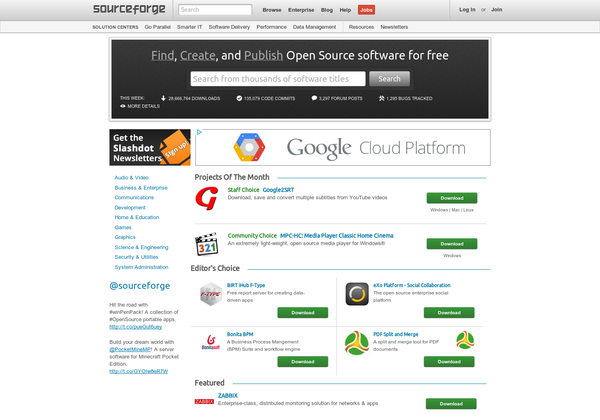 SourceForge used to be the top source code repository online. The program lost its shine when it was discovered that it not-so-secretly bundled malicious software with each download. The worse thing is that even if you opt out of the “offer” to download the installer, the program will still do it anyway. As a result, users install both the unapproved installer and the SourceForge program itself.

Although there’s a turnaround way to actually disapprove the installer that will be acknowledged by the program, people can’t be bothered to fix something that they didn’t approve in the first place. Hence, SourceForge’s low Alexa ranking these days. 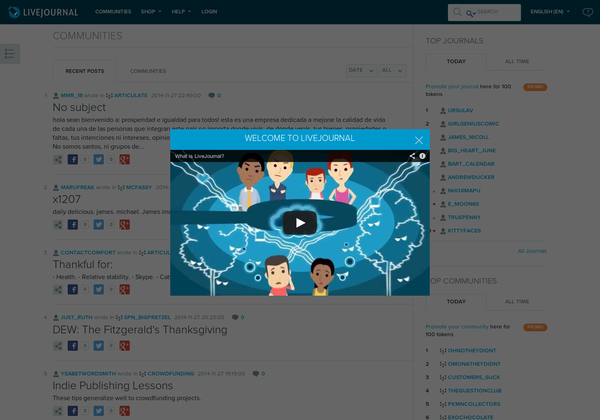 Back in the early 2000, Livejournal was THE blog hosting site. It was the place where bloggers thrived; it was the easy-to-use online diary or journal. But over the years, particularly during its acquisition, Livejournal lost its popularity. The rise of Blogger and WordPress didn’t help at all.

Nowadays, Livejournal is primarily used as an avenue for Russian political commentary (it was acquired by a Russian media company). Other than that, Livejournal’s only claim to fame these days is it still hosts George R.R. Martin’s “Not a Blog.” 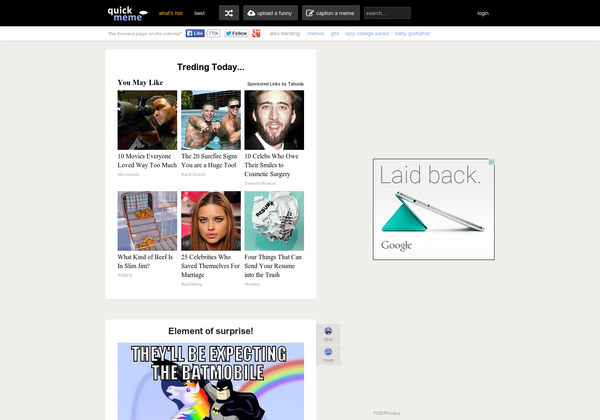 This particular fall from grace has a lot to do with netiquette. The insidious action of Quickmeme’s CEO triggered the fall. Remember the ‘one wrong move online’ mentioned earlier? Quickmeme is the prime example of that.

The short version of the story is this: Quickmeme’s CEO disguised as gtwo8, became a moderator for /r/AdviceAnimals, one of the most viewed categories of Reddit. A mod had the power to “up” and “down” the votes. For a couple of years, with the apparent “help” of gtwo8, the meme website became the top of its field. When a new meme site, Livememe, started gaining popularity, the unraveling of the alleged vote manipulation started.

After more than a year of investigation, gtwo8 and his site were banned from Reddit. 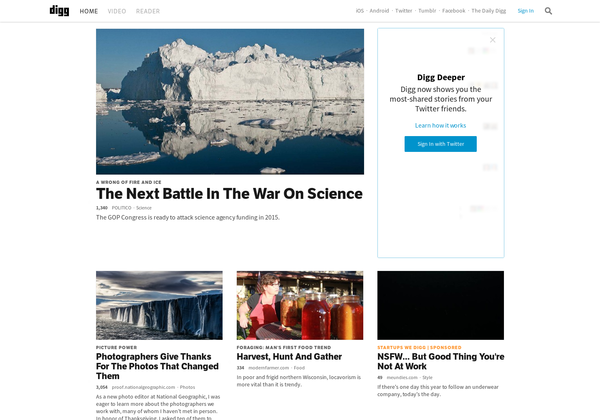 Digg is a social news site that is still popular in some areas up to this days. But it can’t be denied that the site lost a massive number of readers because of its unsatisfactory “changes.” Most of the changes started internally, hence the resignation of the good number of staff members before the site’s much publicized decline. The infamous change was turning user-driven content to content for revenue. Digg’s story is the classic case of “money isn’t everything.”

In the past, if you didn’t have a MySpace account, you weren’t part of the “in” crowd. A lot of people—especially teens, college students and music enthusiasts—used the website to connect with other people around the world. It was the pre-Facebook, pre-Twitter era. Around 2003 to 2007, MySpace was the king. It was such a big deal that people spent a lot of time just choosing the right .GIF to describe their current mood. Alas, those were the days.

When Facebook gained popularity, it was the start of MySpace’s fall from grace. Mismanagement onsite and offsite didn’t help as well. Today, MySpace is now stylized as myspace. It is co-owned by Justin Timberlake which is probably the reason why it’s now music-centric. But even with a famous name attached to it, myspace’s former luster is forever gone.

About four years ago, Chatroulette was a popular online chat site. It was somewhat the online version of a fusion of blind and speed dating. It gained massive popularity in the beginning because it was a fun yet distant way to socialize. However, the online crowd dwindled when perverts ruled the site. Its pornographic-like behavior received major criticism especially from parents. These days, the site is still active but dropped down to rank 9,277 in Alexa’s 2014 ranking.