Who Is Alexandria Ocasio-Cortez?

Alexandria Ocasio-Cortez is an American politician and educator who’s best known for being the current United States Representative for New York’s 14th congressional district, having served in that position since 2019.

Ocasio-Cortez shot onto the national limelight when she won the Democratic Party’s primary election for the New York’s 14th congressional district held on June 26, 2018. Her win was historic in many aspects. For starters, her primary challenger was none other than the 10-term incumbent Democratic Caucus Chair, Joe Crowley.

But as it turned out, the young firebrand politician was only getting started. During the general elections held in November 2018, she defeated Republican opponent Anthony Pappas with a whopping 78% of the vote. She was subsequently reelected to the office in the 2020 election, beating her closest challenger, Republican’s John Cummings.

When she assumed office, Alexandria Ocasio-Cortez was 29 years old and was considered the youngest woman ever to have served in the U.S Congress. She was also the youngest member of the 116th Congress. Plus, she’s one of the only two female members of the Democratic Socialists of America ever to be elected to the U.S Congress, the other one being Rashida Tlaib. 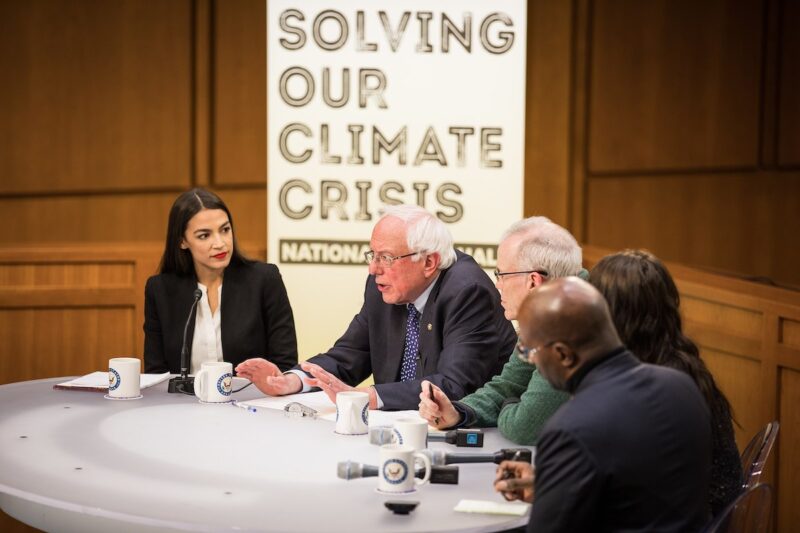 After graduating from college, Alexandria Ocasio-Cortez accepted a few odd jobs to help her mother who was facing foreclosure of their home, including working as a bartender and waitress. She also worked for the non-profit organization National Hispanic Institute.

Ocasio-Cortez made her foray into politics in 2016 by working as an organizer for Bernie Sanders’ presidential campaign. After the general elections, she decided to travel across the United States by car, meeting and speaking to people affected by the Dakota Access Pipeline and the Flint water crisis. Her close interactions with the victims of both disasters inspired her to begin working for her own community. The experience also changed her entire perception of the concept of leadership and sparked a desire in her to run for a political office.

In 2017, Ocasio-Cortez began her campaign for the 2018 New York’s 14th congressional district election. On June 26, 2018, she beat 10-term incumbent Democratic Caucus Chair Joe Crowley during the primaries, garnering 57.13% of the vote to Crowley’s 42.5%. She then defeated Republican opponent Anthony Pappas during the general elections held in November, with 78% of the vote to Pappas’s 14%. Ocasio-Cortez was reelected to the congress during the 2020 elections, beating Republican’s John Cummings. 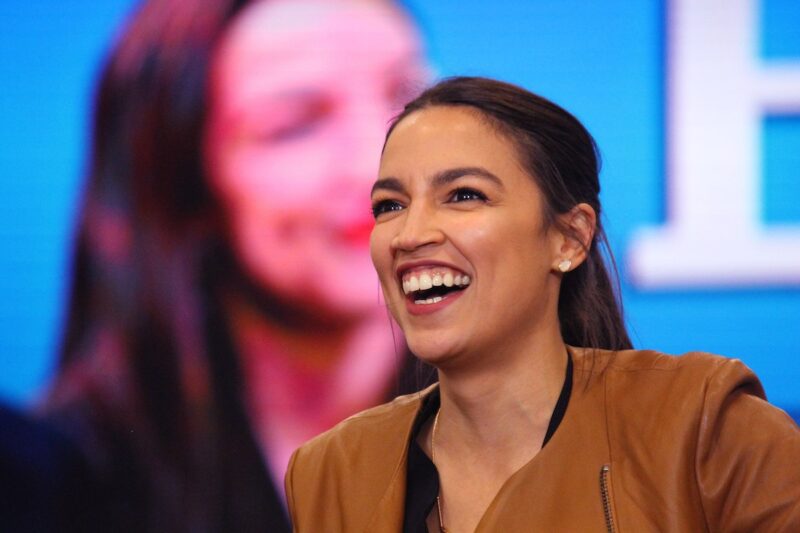 Alexandria Ocasio-Cortez is one of the least wealthy members of the U.S. Congress, a fact that has a lot to do with her relatively young age. As of 2023, Ocasio-Cortez had a net worth of $100,000. She has mostly earned her wealth from her various political endeavors.

As a congress member, Ocasio-Cortez earns $174,000 annually, plus an additional $3,000 in annual living expense credit, health insurance, and retirement benefits. 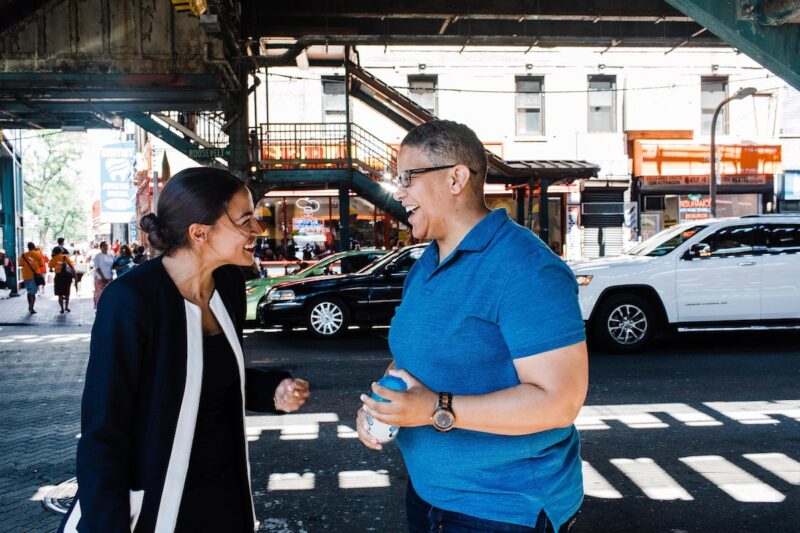 1. Take any job that comes along as you keep your eyes on your ultimate dreams

After graduating from college, Alexandria Ocasio-Cortez accepted menial jobs to help her mother who was facing foreclosure of their home, including working as a bartender and waitress. Despite having a B.A in international relations and economics, Ocasio-Cortez didn’t mind taking these odd jobs so she could support her struggling mother.

2. Age is truly nothing but a number

In 2016, Alexandria Ocasio-Cortez traveled across the United States speaking to victims of the Flint water crisis and the Dakota Access Pipeline. These trips changed her outlook of what true leadership is all about. Initially, she believed that running for a political office meant having access to incredible wealth and powerful connections. However, she realized that it had more to do with how you relate with the problems affecting your local community. 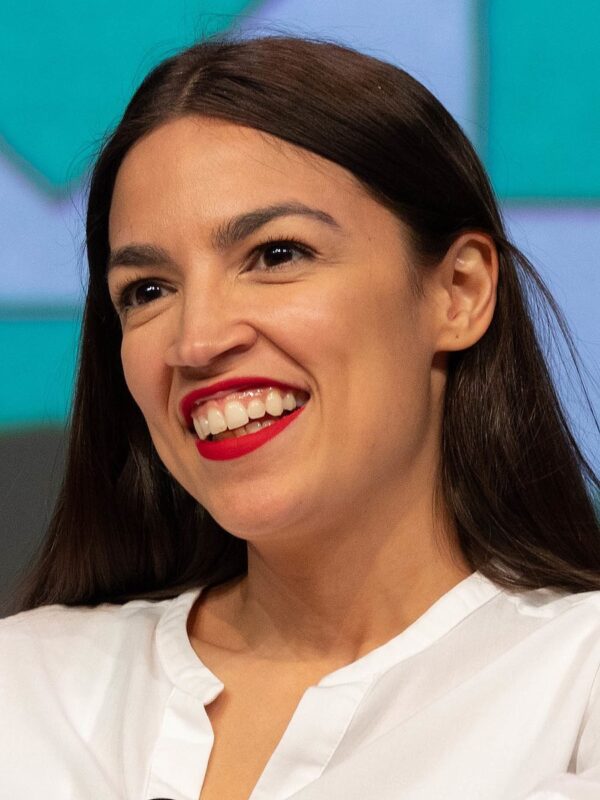 “Healthcare as a human right, it means that every child, no matter where you are born, should have access to a college or trade-school education if they so choose it, and I think no person should be homeless if we can have public structures and public policy to allow for people to have homes and food and lead a dignified life in the United States.”

“If you’re differently-abled, if you’re a person of color, if you express your identity in a way that’s different from the norm, for whatever reason, there’s an implicit bias where people, frankly, sometimes take you less seriously.”

“The biggest hurdle that our communities have is cynicism – saying it’s a done deal, who cares; there’s no point in voting. If we can get somebody to care, it’s a huge victory for the movement and the causes we’re trying to advance.”

“There is no such thing as talking about class without there being implications of the racial history of the United States. You just can’t do it.”

Alexandria Ocasio-Cortez is an American firebrand politician who became famous after being elected as the U.S. Representative for New York’s 14th congressional district. She became the youngest woman ever to occupy the U.S Congress. Her progressive and sometimes controversial views have propelled Ocasio-Corte further onto the international limelight. The Congresswoman has a modest net worth of $100,000 as of 2023, which is enough to make her one of the poorest congress members.