Some opine that not only does slang distinguish various groups of people, but it also serves as a divisive tool. They claim that by using slang that others do not understand, you segregate them from the social group and make them uncomfortable. Some philosophers even go as far as calling slang “a tool for untraceable social warfare.”

Do I agree with this? Certainly not! Allow me to explain. We will go through this step-by-step. Slang is an element of language. It is an informal form of communication that certain groups of people use. This statement is what gives rise to the notion of “the divisive nature of slang.” However, that is not the complete story. You see, the essence of communication is to establish connections and bonds with various people. As is often said, “communication is incomplete if both parties aren’t heard and understood.”

Slang provides a means of easy communication for different groups of people. It gives us the avenue to foster connections with various people in that particular environment. In addition, slang provides a means to preserve cultural heritage as most slangs have deep cultural roots. As is the case, cultures vary from location to location. It is important to have a placeholder to remember who you are and where you come from in this ever-evolving world. These values give us identity and purpose.

Rather than seeing slang as a divisive tool and ignoring the other half of it, why not consider the countless bonds formed by the informal language of slang? In my opinion, slang provides an avenue to bond with various social groups, even if you’re not a part of that group. By understanding various slang, not only do we establish connections with people from various walks of life, but we also understand diverse cultures and ways of life. That, in its entirety, is a fantastic proposition. 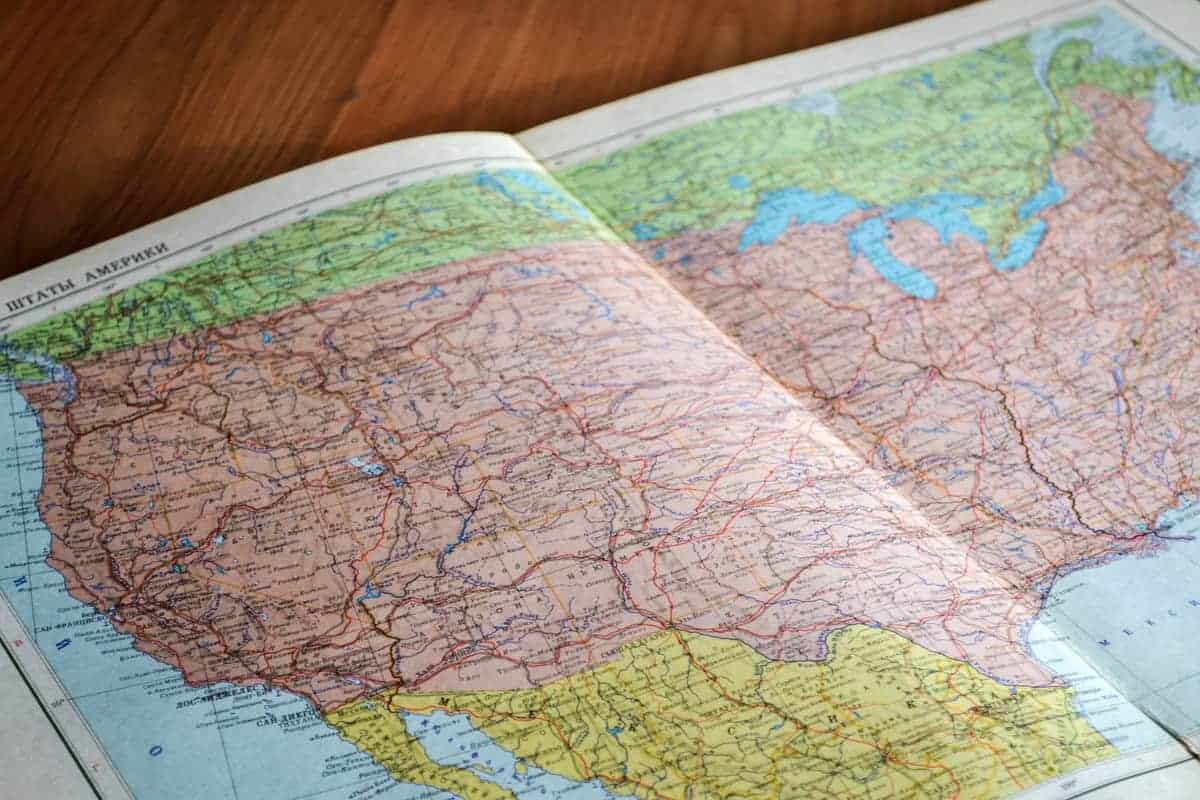 Today’s article is focused on one of the marvels of language and communication in general: Slang! Without further dallying, here are 40 amazing American slang and their meanings.

This statement refers to something awesome or pleasant. Think of it as a modernized form of “cool.” For example: “Hey, did you see Monica last week? She looked so dope!”

This slang is the short form of the word “okay.” It is mostly used by people when texting.

Related  8 Ways to Prevent Chores from Destroying Your Marriage

“Hi Alex, please could you pick up the laundry on your way home?”

This abbreviation is one of the most common and widely used American slang. It stands for “oh my God,” and is used to display shock or excitement. For example: “OMG! I can’t believe you got tickets for the Kanye concert.”

This statement implies what the average person might guess. Yes, it means roommate. For example: “Have you met my roomie, Hannah? She’s delightful.”

This informal statement is the short form of the word “totally.” For example: “Did you see that baby? She is totes adorable.”

This phrase refers to someone who is extremely desperate for the approval of another person. This state is usually characterized by doing extravagant and unnecessary things for someone else, even to your detriment. For example, “Dude, Jessie has ignored you for weeks. You don’t need to text her again. She’s clearly not interested. Stop being a simp and move on.”

This phrase is used to describe an uncomfortable or embarrassing situation. For example: “Did you see Jacob’s throwbacks? They were so cringe!”

Ironically, this phrase presents you with another way to say that something is cool or awesome. Think of it as the American equivalent of the British slang “mad,” or “peng.” For example: “Did you see John’s new jacket? It’s fire.”

Now I know what you’re thinking. How can a normal expression of anger be slang? Well, let’s just say Americans are very resourceful. On a more serious note, this expression doesn’t mean that you should stop talking. It’s an exclamation of shock and disbelief which prompts you to reveal more about whatever you are saying. Think of it as an equivalent of “You don’t mean it!”

This phrase means to skip going to class that day. It is the American equivalent of the British slang “skive.”

“James, are you coming to class tomorrow?”

This abbreviation is used to praise you for your displays of excellence. It is usually utilized in sports, and it stands for Greatest of All Time. For example: “Stephen Curry is extremely talented. He’s the GOAT!”

This phrase is used to express excitement or appreciation of a person’s achievement. This could be a successful application or a victorious soccer game. For example: “Did you catch the game yesterday? Giannis killed it!”

Yes, this doesn’t only apply to defeating dragons. This phrase is used to express great approval or appreciation. For example: “I watched your play yesterday. You slayed your performance.”

This phrase is a connotation for gossip. For example: “I heard something went down at Jessie’s party yesterday. Spill the tea!”

A timeless classic! This abbreviation is quite common in America. It means As Soon As Possible. It is so popular that it is used worldwide. For example: “I need that weekly report ASAP!”

This slang is the American equivalent of the British phrase “skint.” It refers to a state of being poor. For example: “Why hasn’t he gotten the new Jordans yet? It’s because he’s broke at the moment.”

This phrase typically means “friend,” and serves as a term of endearment typically used among men. It is the American equivalent of the British slang “mate.”

This phrase is used to connote currency, one dollar to be precise. Think of it as the American equivalent of the British slang, “quid.” For example: “Could you lend me ten bucks?”

This phrase means to memorize something in haste due to last-minute studying. For example: “I had to cram all the physics formulas last night. It was hectic!”

This phrase means to fail at something, usually a test or exam. For example: “Did you see Andrew’s score on the test? He flunked!”

This phrase provides yet another means to show your excitement about something. It means you are excited or thrilled about something. For example: “I heard that Drake’s concert is next week. I’m super psyched!”

This phrase is another great way to express your euphoria or excitement. It can be used interchangeably with psyched. For example: “When Adam told me that I made the debate team, I was stoked!”

This abbreviation stands for You Only Live Once. This phrase is usually the excuse people give themselves before they make reckless decisions. For example: “I already ate a box of pizza, but I’ll eat one more because YOLO!”

This abbreviation was coined from the French phrase Répondez s’il vous plaît.” RSVP means that you should respond to an invitation. As such, it is seen on various invitation cards.

This phrase is synonymous with the “shut up” statement we discussed earlier. It prompts you to share more details of your discussion because the listener is in shock and disbelief.

This phrase refers to the actions someone takes to relieve stress or anger. For example: “I’ve had the worst day ever. I’m going to the gym to blow off some steam.”

As ironic as it sounds, this expression is used to wish someone good luck, usually before a performance of some sort.

This term was coined from one of America’s most loved sports: baseball! It means a tricky and unpredictable situation. For example: “Life keeps throwing me curve balls, but I’m keeping my head up.”

This phrase is one of the most used American slang, especially among the younger population. It means to spend time with friends casually. For example: “After class today, do you want to hang out with Jane and I?”

No, we do not condone violence towards books in any way. This phrase, like many on this list, shouldn’t be taken literally. It means to study for a test or exam.

“Hey Adam, do you want to play some games later?”

This phrase is used to signify your agreement with whatever was the subject of the conversation.

“Hey Jane, would you like to see the Spiderman movie with me next week?”

After reading the previous slang, this would sound ironic. However, it is true. They mean the same thing. This phrase is used to confirm whether you agree with a proposition. For example: “Hannah and I are going to the mall later today. Are you up for it?”

This phrase serves as a customary greeting, meaning “Hey,” or “Hello.” It can also be used to ask someone how they are doing or their reason for texting you.

This is another widely used American phrase. It means that you should stop beating around the bush and get to the point of your discussion.

This phrase is used to describe the act of starting a conversation in an unawkward manner. “Ice-breakers” serve as the perfect conversation starters. For example: “I love Jim’s unique suit. It’s lit and is the perfect ice breaker.”

This phrase is used to describe a situation whereby someone isn’t paying attention. In simple terms, it means someone got distracted. For example: “Could you remind me what Mr. Phillips said about the test? I zoned out.”

This phrase is another widely used American slang. It is similar to the phrase “hit the books” in the sense that you’re not “hitting a sack.” It means to go to sleep. For example: “I have had the most stressful day ever. Time to hit the sack.”

This phrase translates to “in summary, briefly, or concisely.” It is used both in spoken and written formats. For example: “In a nutshell, the last vacation was a complete disaster.”

This is another extremely popular American phrase. If someone tells you this, it means they want to settle the bill for whatever you bought. For example: “Happy birthday Jim. Please accept this new refrigerator. It’s on the house.”

Some people claim that this is more of a euphemism than slang. However, I’d explain it regardless. This phrase is used to tell someone that you’re feeling sick or ill. For example: “I haven’t heard from Hannah this week. Do you think that she’s under the weather?”

In the same way that humans grow and evolve, the same goes for language. Languages are dynamic. With time, they acquire new words and leave the old ones behind. However, one thing remains, slang! It is an integral part of every language as it provides an informal, unique, and simple way to communicate, connect, and distinguish various social groups.

In the fullness of time, the importance of slang cannot be overstated. Some see it as a divisive tool, while others see it as a means of connection. Regardless of your standpoint, one fact remains: you cannot claim mastery over a language if you haven’t mastered slang. To this end, I leave you with the wise words of renowned British American author Christopher Hitchens. “I boldly assert, in fact I think I know, that a lot of friendships and connections absolutely depend upon a sort of shared language, or slang. Not necessarily designed to exclude others, this can establish a certain comity and, even after a long absence, re-establish it in a second.”