Who Is Andrew Yang?

Andrew Yang is an American lawyer, political commentator, and entrepreneur. Yang kicked off his professional career as a corporate lawyer before getting involved in numerous startups from 2000 to 2010.

He has been instrumental in founding various initiatives, most of which seek to encourage graduates to join startups. His efforts never went unrecognized as in 2011, he was selected as a Champion of Change by the Barack Obama administration.

In 2015, Yang became the Presidential Ambassador for Global Entrepreneurship and in 2018, he decided to focus on his 2020 presidential ambitions. He started by authoring The War on Normal People, a book that details his political ideals and campaign strategies. He ran unsuccessfully in the 2020 Democratic presidential primaries. 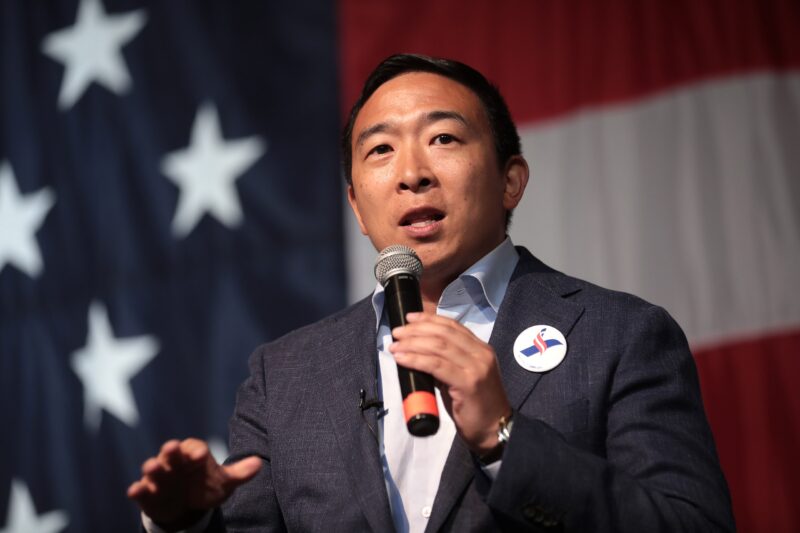 Andrew Yang was born on January 13, 1975, in Schenectady, New York, to Kei Hsiung Yang and Nancy Yang. Yang’s parents emigrated from Taiwan to the U.S in the 60s. Growing up, Yang was one of the few Asian kids in Western County, New York. He was bullied physically and verbally on account of his race.

Immediately after graduating, Andrew Yang worked as a corporate lawyer but five months. He found the job unfulfilling and moved on to co-found a celebrity-focused philanthropic fundraising website known as Stargiving. The venture was successful for about two years before its fortunes began to dwindle, prompting Yang to move to other things.

One of Andrew Yang’s most successful venture was a small test prep company known as Manhattan Prep. However, he would later resign from the company in 2009 after it was acquired by Kaplan, Inc. Yang involved himself in other ventures and in 2017, he announced that he would run for the Democratic nomination for the 2020 U.S presidential election. He suspended his campaigns on February 11, 2020 and a week later, joined CNN as a political commentator. 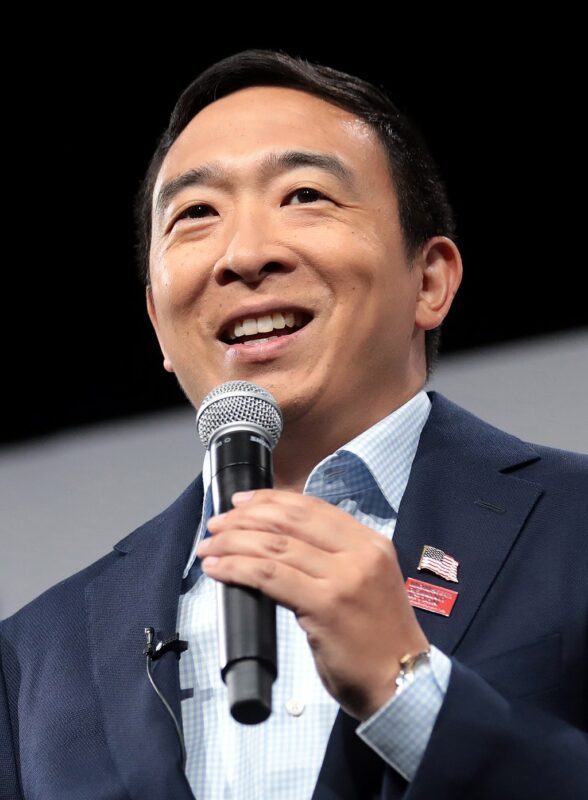 As of June 1, 2021, Andrew Yang had a net worth of $1 million. Yang’s fortunes have mostly come from his corporate salary and entrepreneurial ventures.

After graduating from Columbia Law School, Andrew Yang worked as a corporate lawyer at Davis Polk & Wardwell. According to reports and an interview that he did with Freakonomics, Yang was making around $125,000 plus a bonus of $25,000. However, after working as a corporate lawyer for five months, he left the firm and began pursuing other ventures.

In 2000, Yang teamed up with one of his office mates, Jonathan Philips, to launch a celebrity-affiliated philanthropic fundraising website known as Stargiving. After brief success, the startup’s fortunes went south, forcing the duo to wind up its operations. Yang got involved in several other minor ventures.

Between 2002 and 2005, Andrew Yang worked as the vice president of a healthcare company. He stayed at the startup for four years before teaming up with his friend, Zeke Vanderhoek, to found the Manhattan Prep.

The test preparation company became quite popular, offering GMAT test preparations and expanding from 5 to 69 locations. According to reports, Yang’s stint at Manhattan Prep were his most financially successful years.

In 2018, Andrew Yang earned around $150,000 from his various business ventures, most of which came from speaking engagements. The politician and philanthropist also earns some decent money as a book author, especially after authoring The War on Normal People. For instance, in 2018, he earned an estimated $29,000 from book royalties. 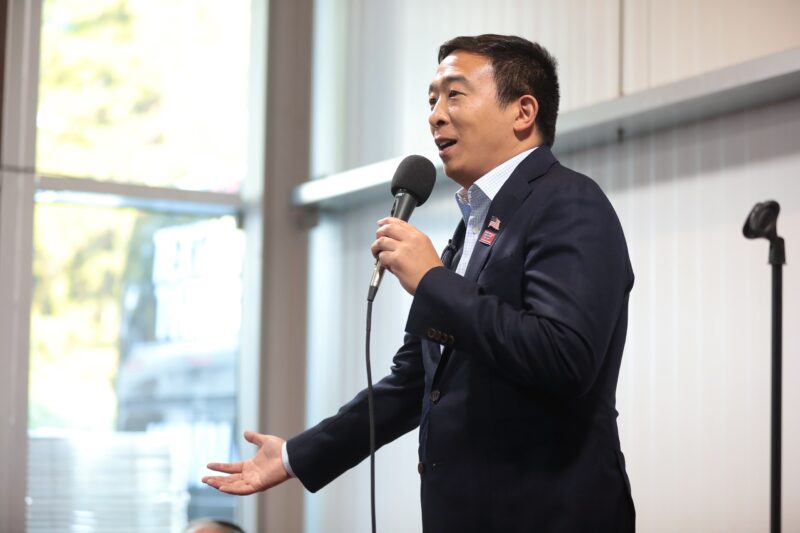 1. Keep your eyes on the prize

Yang happened to be among the few Asian kids in his neighborhood and was frequently stigmatized for that. However, he remained focused and when he was 12 years old, he scored 1220 marks out of 1600 on the SAT. The opportunity allowed him to attend one of America’s most prestigious learning institutions, the John Hopkins University, where he attended the Center for Talented Youth summer program.

After graduating from the university, Andrew Yang started off as a corporate lawyer. However, he was dissatisfied with his work and chose to venture into other things.

3. Engage in the present but with the future in mind

Andrew Yang’s political and socio-economic ideals are quite futuristic. He believes that the future only comes to those who prepare for it today.

“Are we not, as the citizens of the United States, the owners of this country?”

“The challenge we must overcome is that humans need work more than work needs us.”

“There’s a big distinction between humans as humans and humans as workers. The former are indispensable. The latter may not be.”

Yang may possibly not be the next president of the United States. But he has already made his mark for the few years that he has been in active politics.