Who Is A$AP Rocky?

Rocky gained initial recognition in August 2011 after his single “Peso” was leaked online. The song became an internet sensation. After a few weeks of its release, “Peso” received widespread radio airplay.

A$AP Rocky’s popularity increased further following the release of his debut mixtape titled ‘Live. Love A$AP’ later in the year. The mixtape positioned Rocky as one of the most promising rappers at the time, and it wasn’t long before record labels came knocking on his doors. He went on to sign recording deals with various labels, including Polo Grounds Music, Sony Music Entertainment, and RCA Records.

In 2013, A$AP Rocky eventually released his debut studio album, titled Long. Live. A$AP. The album was a critical and commercial success, debuting at #1 on the US Billboard 200 and later earning double-platinum certification from the Recording Industry Association of America (RIAA).

In addition to his success as a rapper, singer, and songwriter, A$AP Rocky is also an acclaimed record producer and music video director. A$AP undertakes his production projects under the moniker Lord Flacko. As a music video director, Rocky has directed a number of music videos for himself as well as for Danny Brown and various members of the A$AP Mob hip-hop collective.

The accomplished actor is also a model and actor. He has appeared in a variety of movies and television shows over the years, including Zoolander 2 (2015, film), Animals. (2016, television show), and Monster (2018, film).
Rocky has received various notable awards, including 1 BET Award, 1 MTV Video Music Award Japan, 1 MTVU Woodie Award, and 2 BET Hip-Hop Awards.

Rakim Athelaston Mayers was born on October 3, 1988, in Harlem, New York City – New York, to Adrian Mayers and Renee Black. His father was from Barbados, whereas his mother is Somali-American.

Rakim took an interest in hip-hop at the age of nine and was taught to rap by his older brother. When he was 12, his father was incarcerated in connection with illegal drug possession and the following year, his brother was killed in Harlem.

Mayers experienced a troubled childhood. During his teenage years, he moved around homeless shelters along with his mother and sister, selling illegal drugs like cannabis and crack. In 2004, he was charged with drug dealing and served a two-week jail term in Rikers Island. After the death of his brother, Rakim Mayers started taking music seriously. He has cited some of his biggest influences as his late brother’s Harlem-based rap group The Diplomats, as well as Mobb Deep, Bone Thugs-n-Harmony, Three 6 Mafia, Run DMC, UGK, and Wu-Tang Clan.

In 2007, A$AP Rocky joined A$AP Mob. Based in Harlem, A$AP Mob is a collective of hip-hop artists, music producers, music video directors, and fashion designers with shared interests in music, art, and fashion.

In October 2011, Rocky released his debut mixtape, ‘Live. Love. A$AP.’ The mixtape was an astounding success and propelled the rapper further onto the limelight. He went on to sign a $3 million, 2-year record contract with RCA Records, Sony Music Entertainment, and Polo Grounds Music.

In 2015, Rocky made his acting debut by appearing in the films Dope and Jeremy Scott: The People’s Designer, as well as the television show Comedy Bang! Bang! The rapper has continued to make numerous film and television appearances, including in:

A$AP Rocky has spent his over 10-year career in the music industry pursuing numerous ventures, including rapping, singing, songwriting, music video directing, and record producing. The multitalented artist has amassed impressive wealth through his music-related endeavors.

As of April 1, 2021, Rocky had a net worth of $10 million. The following are some of his most successful musical projects so far:

Outside the music industry, A$AP Rocky earns from acting, modeling, and merchandise sales.

Rocky has also entered into a few endorsement deals during the course of his music career. In February 2016, the rapper inked a deal with Guess clothing brand to release a clothing line called GUE$$.

1. There’s a reason for everything

A$AP Rocky lost his older brother when he was only 13 years. Although this ordeal left him devastated, it also encouraged him to pursue music more seriously.

2. Have mentors you can always loop up to

As a young kid, Rocky looked up to his late brother for inspiration. It’s actually his brother who formally introduced him to rapping. A$AP has also mentioned several accomplished artists as his biggest influences, including Three 6 Mafia, Mobb Deep, and Bone Thugs-n-Harmony.

3. Keep your eyes on the prize

A$AP Rocky experienced a troubled and deprived childhood. He hopped with his mom from shelter to shelter selling crack and cannabis. Rocky’s rapping career has also faced numerous legal hurdles. But the rapper has always kept his eyes on the prize despite the seemingly insurmountable obstacles. 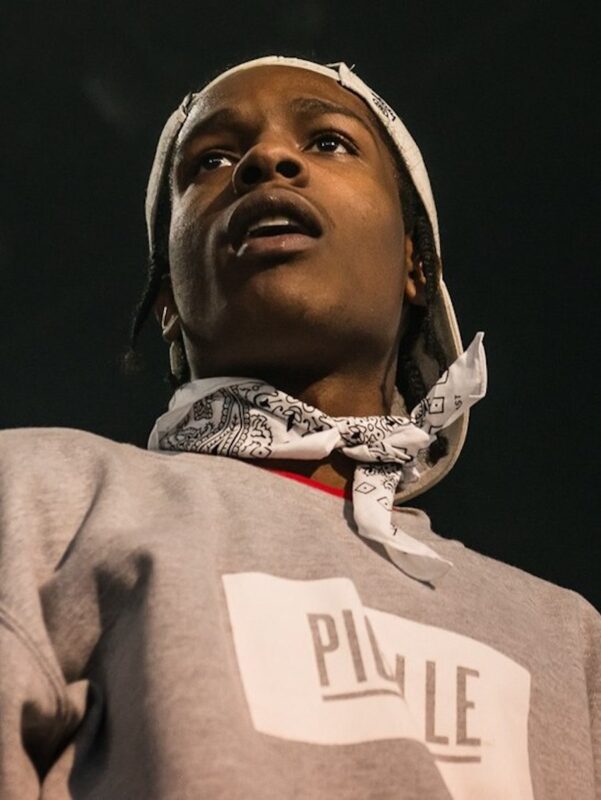 “I used to be homophobic, but as I got older, I realized that wasn’t the way to do things. I don’t discriminate against anybody for their sexual preference, for their skin color… that’s immature.”

“I’m here to break boundaries, man. That’s all. I’m here to be the first so that the people after me don’t have to think twice about expressing themselves and being free.”

“Nowadays, everybody wanna be weird. We know how to manifest being weird. ASAP Rocky.”

“There was a time when someone would get on a plane and request to move their seat just because the person sitting next to them was of a different ethnicity or religion or nationality. But I don’t think my generation wants that. That’s how it used to be.”

A$AP Rocky is a rapper, record producer, and music video director with a net worth of $10 million. In addition to his music endeavors, Rocky is also a noted actor, model, and entrepreneur.