Do you enjoy horoscopes? Not to be confused with Astronomy (the legit study scientific study of celestial objects), Astrology is the study of how celestial objects (such as stars, the moon, and the planets) can affect human affairs.

If you’re a believer, you’re not alone. Plenty of folks from different cultures have their own form of Astrology, and even developed their own systems for understanding how the stars have predicted particular historical events.

Back in the day, Astrology was studied together with other subjects such as alchemy, astronomy, as well as medicine. Evidence of it has been mentioned in various aspects of literature, from Dante Alighieri to Calderón de la Barca.

Contrary to popular belief, Astrology is more than just figuring out whether you’re a Scorpio or a Libra. There’s predictive astrology, which touches on how one can ‘predict’ future events as well as comprehend the past. Meanwhile, evolutional astrology is all about getting a better understanding of an individual’s birth chart to see the soul’s evolution.

Astrology may be branded as pseudoscience, but you can’t deny that these Astrology memes are far out. 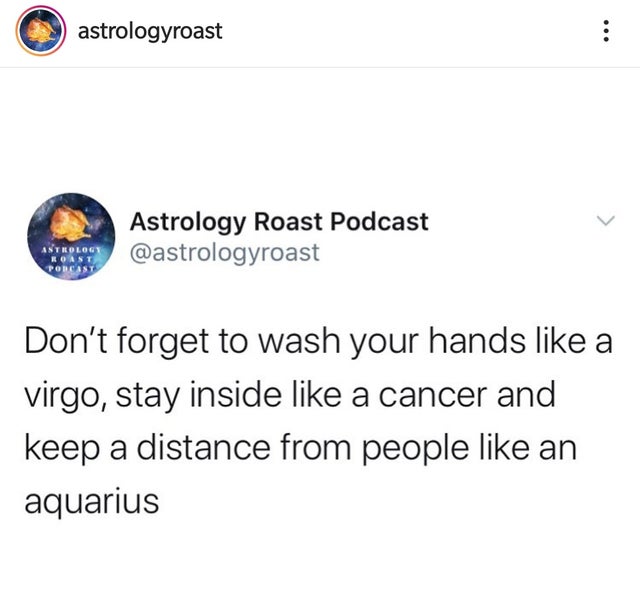