She became part of a concealed movement that defied the state with its governing laws and even the church with its man-made doctrines.

Her experiences from her own life story have molded her as a woman of her own making.

Alisa Rosenbaum and the Bolsheviks

Ayn Rand was born as Alisa Rosenbaum to a Jewish family on February 2, 1905, in St. Petersburg of Soviet Russia. This was a time of chaos, conflict, and uprising against the monarchy. 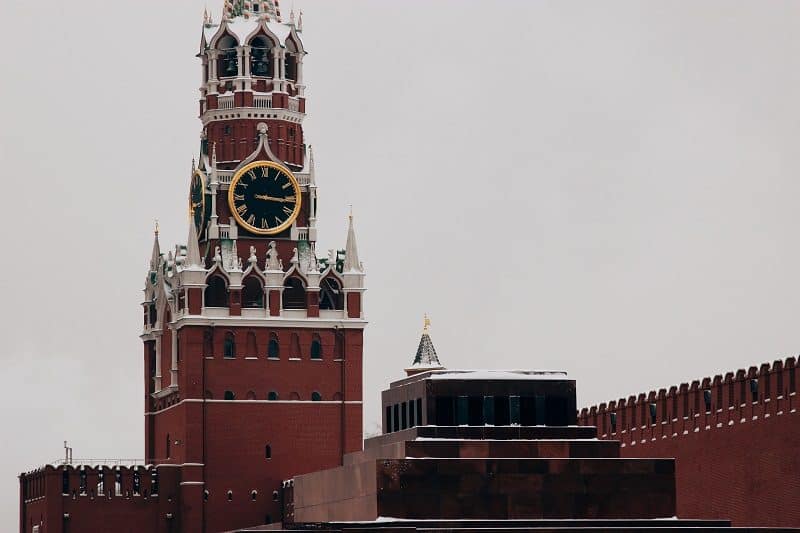 As a young girl, she preferred writing stories and novels and involved herself in political debates with her best friend. She was 12 when the Bolsheviks, led by the communist Vladimir Lenin, took over Russia and created a significant blow to her and her family’s life.

Because of this, they were forced to move to the Crimean Peninsula, run initially by the White Army who were against the Communists. It was here that she became an atheist and subsequently rejected religion and faith and anchored her life to reason and to reason alone.

When they returned home to St. Petersburg, she attended the State University but with a lot of trials. She and her family were faced with dire situations under the rule of the Communists.

But Alisa Rosenbaum continued to study and probed into the writings of Plato, Aristotle, and even Thomas Aquinas. These men heavily influenced her own philosophies, which are reflected through her writings.

She was 19 when she published her first work and it was during this time that she decided to change her given name from Alisa Rosenbaum to Ayn Rand. 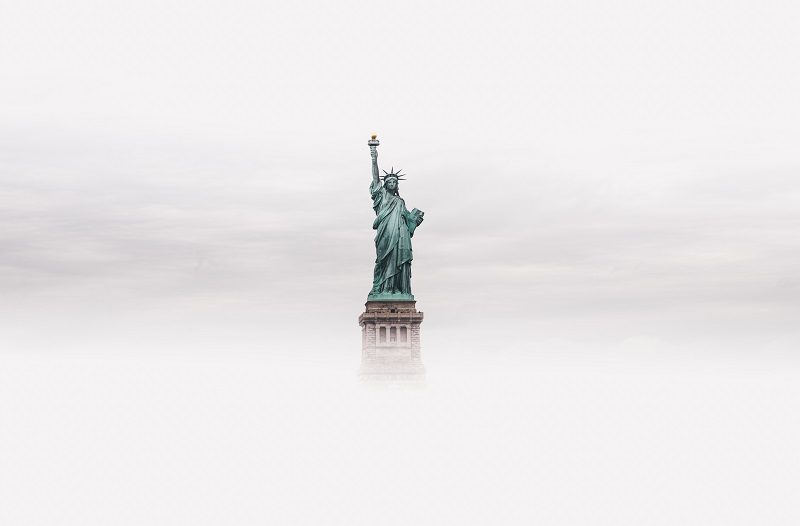 It was in the land of dreams that Ayn Rand did what she loved to do: writing. She pursued writing and worked other jobs to back it up. She was in her early 20s when she met her would be husband, Frank O’Connor, in the set of The King of Kings by Cecille B. DeMille. The King of Kings was a movie based on the life of Jesus Christ – another irony because she was a self-proclaimed atheist earlier in her youth.

It was also in the land of the free that Ayn Rand was able to express her beliefs in full force. She pushed for capitalism, the importance of the self and self-interests over others, and opposed ideas that calls for compromise for the good of the majority. Ayn Rand strongly believed in prioritizing the individual. A belief that was also rejected by some members of the community.

Ayn Rand had a voice and she accomplished this through her writing.

Ayn Rand and the ideals she has promoted is not for everyone. The Fountainhead was a critically-acclaimed novel that received mixed reviews as it mainly focuses on objectivism and individualism; of going against the tide of society’s conventional standards, of one man’s ego versus everyone else’s.

The book has been described as selfish because of the ideals it represents – ideals that have also displeased feminists when it came to the submissiveness of the heroine to the hero.

Even with a slow sale at the start of its first year, The Fountainhead gained a spot in the bestselling lists by its second year. This made a huge impact in Ayn Rand’s career.

Another novel by Ayn Rand which, again, emphasizes on objectivism. But Atlas Shrugged could have been her best work yet as the plot plays around romance, mystery, and science fiction. This work has gained Ayn Rand fans from the youths of her time who even distinguished themselves as the elite.

She has successfully managed to sell to the masses, especially in this group, the idea or conviction of the importance of prioritizing the self over other obligations defined by the state and the church.

The hero shares similar characteristics with the hero of her previous book, The Fountainhead, where one man challenges the standards of collectivism, fighting for his own values, and leading a strike by capitalists unwilling to compromise.

Atlas Shrugged has been condemned by conservatives in her time and still gains more critiques at present yet continues to influence people.

Close to the End

Ayn Rand may have been a capitalist, but she didn’t give in to the pressures of the business of publishing. One such instance was her book, Atlas Shrugged. She was asked to give up 7 cents per copy if she insists on the extra pages for her hero’s long speech. Like the heroes of her book, she fought for her principles to be heard rather than be silenced away to save a few more pages of paper.

A self-made woman, Ayn Rand’s voice hasn’t really been silenced yet. Here are 40 quotes from the woman who dared to go against the tide:

“Any alleged right of one man, which necessitates the violation of the rights of another isn’t and can’t be a right.” – Ayn Rand

“Learn to value yourself, which means: fight for your happiness.” – Ayn Rand

“You can avoid reality, but you cannot avoid the consequences of avoiding reality.” – Ayn Rand

“An inventor is a man who asks why? Of the universe and lets nothing stand between the answer and his mind.” – Ayn Rand

“I can accept anything, except what seems to be the easiest for most people: the half-way, the almost, the just-about, the in between.” – Ayn Rand

“The man who does not value himself, cannot value anything or anyone.” – Ayn Rand

“The truth is not for all men, but for those who seek it.” – Ayn Rand

“I guard my treasures: my thought, my will, my freedom. And the greatest of these is freedom.” – Ayn Rand

“Money is only a tool. It will take you wherever you wish, but it will not replace you as the driver.” – Ayn Rand

“The man who lets a leader prescribe his course is a wreck being towed to the scrap heap.” – Ayn Rand

“Love is the expression of one’s values.” – Ayn Rand

“Worry is a waste of emotional reserve.” – Ayn Rand

“Pain is not be accepted as part of one’s soul and as a permanent scar across one’s view of existence.”- Ayn Rand

“Throughout the centuries there were men who took first steps down new roads armed with nothing but their own vision.” – Ayn Rand

“Every man builds his world in his own image. He has the power to choose.” – Ayn Rand

“My philosophy, in essence, is the concept of man as a heroic being.” – Ayn Rand

“Integrity is the ability to stand by an idea.” – Ayn Rand

“Money will not purchase happiness for the man who has no concept of what he wants.” – Ayn Rand

“Man survives by adjusting his background to himself.” – Ayn Rand

“Wealth is the product of man’s capacity to think.” – Ayn Rand

“I started my life with a single absolute: that the world was mine to shape in the image of my highest values and never to be given up to a lesser standard, no matter how long or hard the struggle.” – Ayn Rand

“Reason is not automatic. Those who deny it cannot be conquered by it. Do not count on them. Leave them alone.” – Ayn Rand

“A man’s ego is the fountainhead of human progress.” – Ayn Rand

“If you know that this life is all that you have, wouldn’t you make the most of it?” – Ayn Rand

“If everybody spent enough time worrying about their own goddamn selves, no one would have to worry about anyone else.” – Ayn Rand

“They talked about nothing in particular, sentences that had meaning only in the sound of the voices, in warm gaiety, in the ease of complete relaxation.” – Ayn Rand

“Let us destroy, but don’t let us pretend that we are committing an act of virtue.” – Ayn Rand

“I’ve wanted to want it. I should think it would be exciting to become a dissolute woman.” – Ayn Rand

“A government is the most dangerous threat to man’s rights: it holds a legal monopoly on the use of physical force against legally disarmed victims.” – Ayn Rand

“Ask yourself whether the dream of heaven and greatness should be waiting for us in our graves – or whether it should be ours here and now and on this earth.” – Ayn Rand

“Do not ever say that the desire to “do good” by force is a good motive. Neither power-lust nor stupidity are good motives.” – Ayn Rand

“From the smallest necessity to the highest religious abstraction, from the wheel to the skyscraper, everything we are and everything we have comes from one attribute of man – the function of his reasoning mind.” – Ayn Rand

“Government “help” to business is just as disastrous as government persecution…the only way a government can be of service to national prosperity is by keeping its hands off.” – Ayn Rand

“I swear, by my life and my love of it, that I will never live for the sake of another man, nor ask another man to live for mine.” – Ayn Rand

“Individual rights are not subject to a public vote; a majority has no right to vote away the rights of a minority; the political function of rights is precisely to protect minorities from oppression by majorities (and the smallest minority on earth is the individual).” – Ayn Rand

“It only stands to reason that where there’s sacrifice, there’s someone collecting the sacrificial offerings. Where there’s service, there is someone being served. The man who speaks to you of sacrifice is speaking of slaves and masters, and intends to be the master.” – Ayn Rand

“Man’s unique reward, however, is that while animals survive by adjusting themselves to their background, man survives by adjusting his background to himself.” – Ayn Rand

“Money is the barometer of a society’s virtue.” – Ayn Rand

“Run for your life from any man who tells you that money is evil. That sentence is the leper’s bell of an approaching looter.” – Ayn Rand