Who Is Ben Shapiro?

Shapiro rose to the limelight as a columnist and commentator before he was legally an adult. At the tender age of 17 years, he became America’s youngest nationally syndicated columnist. He presently writes columns for numerous reputable media outlets and publications, including Creators Syndicate, Ami Magazine, and Newsweek. Shapiro has also worked with other prestigious organizations as an editor, including Breitbart News where he worked as the editor-at-large from 2012 to 2016.

As a media host, Ben Shapiro is best known for hosting the daily political podcast and live radio show, ‘The Ben Shapiro Show.’ The show is produced by The Daily Wire.

And as an author, Shapiro wrote his first book in 2004, titled Brainwashed: How Universities Indoctrinate America’s Youth. He has since followed up with twelve more books. 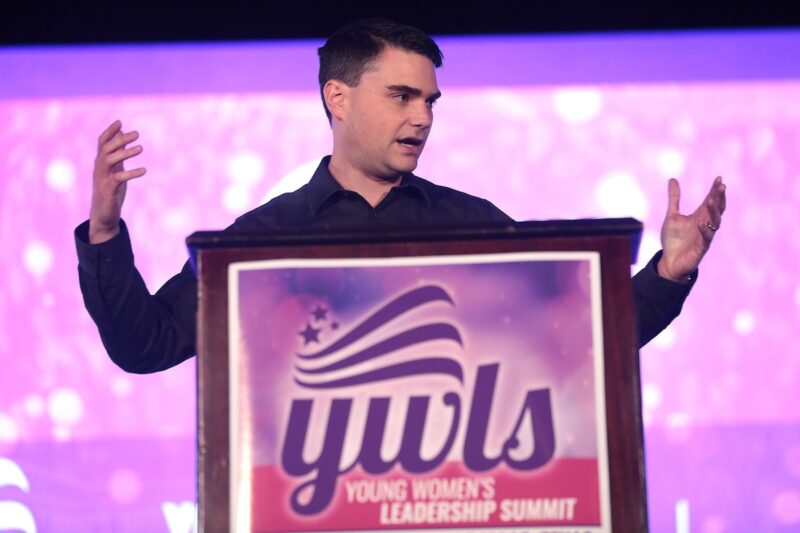 Benjamin Aaron Shapiro was born on January 15, 1984, in Los Angeles, California, to David Shapiro, a composer. His mother’s name remains unknown but she is said to have worked as an executive of a television company.

Ben Shapiro took an interest in politics before he was legally an adult. At the age of 17, he launched a nationally syndicated column.

In 2012, Shapiro became editor-at-large of the far-right website Breitbart News. He resigned from his position in March 2016.

Shapiro’s passions for writing also go way back. By the time he was 21 years, he had already authored two books. His published his first book, Brainwashed: How Universities Indoctrinate America’s Youth, in 2004. He would later follow up with twelve more books, including: 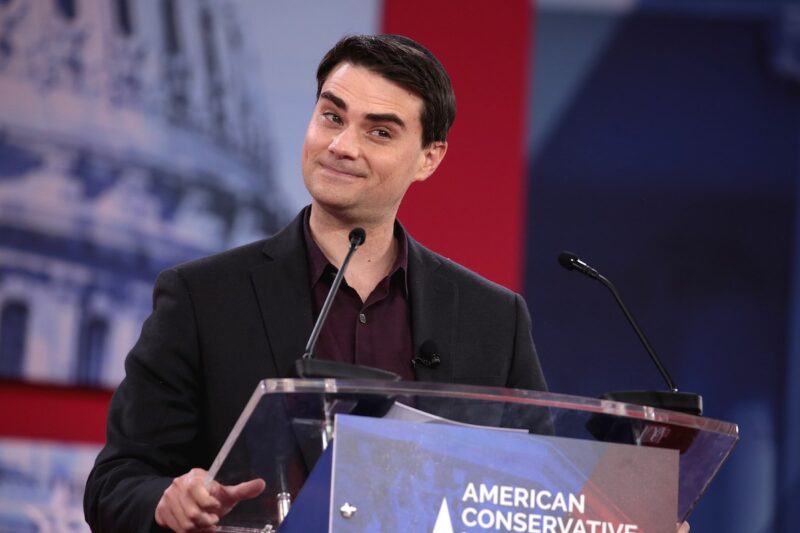 Ben Shapiro may be widely regarded as a political commentator and columnist. However, Ben is also a lawyer by profession as well as an author, public speaker, and social media influencer. As of March 1, 2021, Shapiro had a net worth of $25 million from his various engagements.

Due to his conservative political views, Ben has earned fans and haters in equal measure. He has leveraged that popularity to grow his brand on social media, generating millions in monthly revenue from his various social media accounts.

1. Stand up for your colleagues

Ben Shapiro resigned as the editor-at-large of Breitbart News, citing his displeasure at the manner in which the company handled the assault allegations by reporter Michelle Fields. Apparently, Fields had been assaulted by President Donald Trump’s one-time campaign manager Corey Lewandowski, and the company was downplaying the whole issue despite compelling video and eyewitness evidence.

2. Be proud of your heritage

Shapiro is proud of his Jewish religion. He once said, “I have no reason to remove my yarmuike. The American Christian Conservatives are unusually pro-Israel and they are very excited to see a conservative who is a proud Jew.’

3. Stand for what you believe in

While working as one of the hosts for ‘The Morning Answer,’ show on KRLA, Ben Shapiro received numerous emails from the show’s executives pressuring him to support Donald Trump’s 2016 presidential campaigns. However, Shapiro was not about to sacrifice his ideals and instead, sustained his criticism of Trump throughout the electioneering process. “Leisure time is only leisure time when it is earned; otherwise, leisure time devolves into soul-killing lassitude. There’s a reason so many new retirees, freed from the treadmill of work, promptly keel over on the golf course: Work fulfills us. It keeps us going.”

“Turning a blind eye to evil, however, doesn’t make it disappear. It allows it to grow. And those who allow evil to grow in order to protect their own convenience will be held accountable for the end results of the evil they facilitate.”

Ben Shapiro is a political commentator and columnist with years of experience up his sleeve. A lawyer by profession, Ben has also carved himself a career as one of the most influential authors and public speakers of his generation. Shapiro’s net worth is a staggering $25 million as of March 2021.