Christmas is arguably the most celebrated holiday in the world. People from all walks of life honor the birth of Jesus Christ in their own way – often using Christmas traditions and symbols. Without a doubt, you’re familiar with some or all of the Christmas symbols used as they’re everywhere during the holidays.

But do you know the significance of these ubiquitous symbols?

Christmas Symbols and Their Meanings 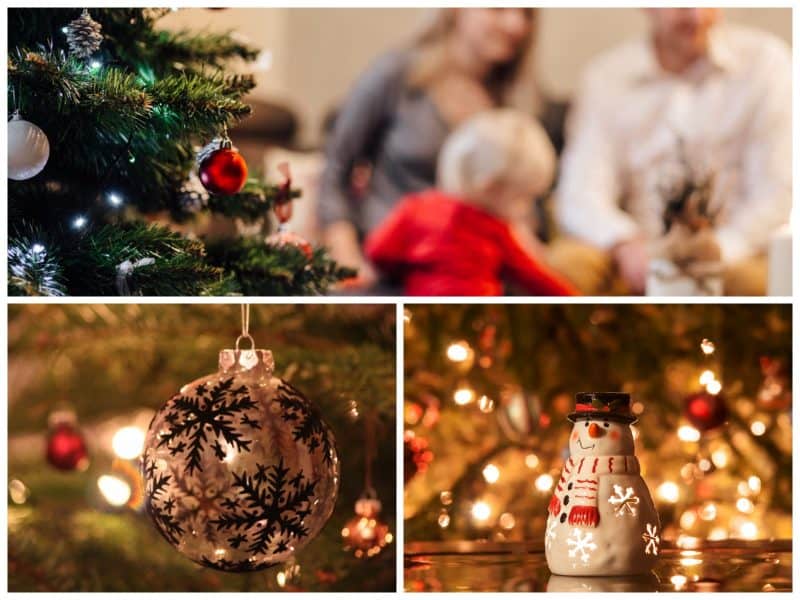 Christmas Tree or The Fir Tree

The Christmas tree primarily symbolizes everlasting life. It also suggests hope and optimism. There’s an old story depicting baby Jesus as being born in the dead of winter. When the surrounding trees shook off the snow covering them, they revealed new shoots of bright evergreens.

In other parts of the world, the needles of the fir tree that point upwards are said to represent the connection of men with God.

Denoted as the Star of Bethlehem, the Christmas star is what revealed the birth of baby Jesus to Melchior, Gaspar, and Balthazar. It’s also their guiding light to Bethlehem. A star is also a sign of a fulfilled prophecy, one that represents the shining hope of humankind.

In different parts of the world during the holidays, Christmas candles are lit as mirrors of the starlight. They are gestures of appreciation for the Star of Bethlehem. They also bring warmth and light during the cold season.

One of the most traditional Christmas symbols, the Christmas wreath represents the eternal love of Jesus to humankind. Its circular shape suggests rebirth. The actual wreath symbolizes generosity and the gathering of families.

The sound of the holiday bells isthe announcement of the arrival of baby Jesus. Their sweet tinkling music is believed to guide the lost sheep back to the fold. This signifies that all people are precious and loved fiercely by the Lord. Today, the bells mark the start of the holidays.

The two main colors of Christmas are red and green. Red symbolizes the blood shed by Jesus when He died on the cross. It also represents His sacrifice to save humankind. Green, on the other hand, symbolizes the eternal light and life of Christ.

The legendary figure that is St. Nicholas in real life has been one of the universal symbols of Christmas. He was a godly man revered for his charitable and generous heart. His act of giving gifts to children on Christmas Eve embodies the goodness of benevolent and anonymous giving to others.

A poinsettia is a dark red-colored plant with star-shaped leaves. It’s commonly associated with Christmas because of its hues and shape – the latter representing the star of Bethlehem. There are also many Christmas stories related to poinsettias.

One of the most popular is from Mexico. Legend has it that some poor children wished to give baby Jesus a present. But because they didn’t have money, they elected to just gather up some weeds as a gift to Him. Out of those weeds bloomed the miraculous red poinsettias.

The holly is a representation of the crown of thorns Jesus wore during his crucifixion. The sharp leaves symbolize the thorns, while the red berries imply the drops of blood He shed for His people. Also, the shape of the leaves that resemble flames is believed to represent the burning love of the Lord for humankind.

More than kissing, the mistletoe represents love. Mistletoes don’t have roots. To survive, they live off from the tree they’re attached to. A mistletoe stands for love, one that is derived from God.

The shape of a candy cane is reminiscent of a shepherd’s crook. It is a reminder of Jesus, the Good Shepherd, who uses His crook to bring lost lambs back into His arms. The white stripe symbolizes purity. The red line represents Jesus’s sacrifice.

Legend has it that one Christmas Eve, Santa Claus saw a poor family and wanted to bring them joy and help, even just for the holidays. As he worked incognito, he decided to use the chimney to drop a few gold coins for the family. The coins then fell into the stockings that were hanging on the fireplace to dry.

The first gifts given during Christmas were from the three wise men. They gave baby Jesus symbolic gifts (gold, incense, and myrrh) to give Him honor. This gives precedence to the custom of exchanging gifts during the holidays.

Whether it’s in the arms of His mother, Mary, or placed in a humble manger, images of Jesus as an infant is the ultimate symbol of Christmas. He is, after all, the main focus of the holiday and the reason why we celebrate such a momentous event.

Now that you know the significance of most Christmas symbols, it’s time to feel the holiday spirit with these insightful Christmas quotes.

“Christmas is not as much about opening our presents as opening our hearts.” – Janice Maeditere

“Love is what’s in the room with you at Christmas if you stop opening presents and listen.” – Author Unknown

“Probably the reason we all go so haywire at Christmas time with the endless unrestrained and often silly buying of gifts is that we don’t quite know how to put our love into words.” – Harlan Miller

“Mankind is a great, an immense family. This is proved by what we feel in our hearts at Christmas.” – Pope John XXIII

“Until one feels the spirit of Christmas, there is no Christmas. All else is outward display–so much tinsel and decorations. For it isn’t the holly, it isn’t the snow. It isn’t the tree not the firelight’s glow. It’s the warmth that comes to the hearts of men when the Christmas spirit returns again.” – Unknown

“Bless us Lord, this Christmas, with quietness of mind; teach us to be patient and always to be kind.” – Helen Steiner Rice

“Christmas may be a day of feasting, or of prayer, but always it will be a day of remembrance – a day in which we think of everything we have ever loved.” – Augusta E. Rundel

“Our hearts grow tender with childhood memories and love of kindred, and we are better throughout the year for having, in spirit, become a child again at Christmas-time.” – Laura Ingalls Wilder

“When Christmas Day comes there is still the same warm feeling we had as children, the same warmth that enfolds our hearts and our homes.” – Joan Winmill Brown

“Christmas is not a time nor a season, but a state of mind. To cherish peace and goodwill, to be plenteous in mercy, is to have the real spirit of Christmas.” – Calvin Coolidge

“Christmas is a day of meaning and traditions, a special day spent in the warm circle of family and friends.” – Margaret Thatcher

“Christmas is a necessity. There has to be at least one day of the year to remind us that we’re here for something else besides ourselves.” – Eric Sevareid

“I don’t think Christmas is necessarily about things. It’s about being good to one another, it’s about the Christian ethic, it’s about kindness.” – Carrie Fisher

“The joy of brightening other lives, bearing each others’ burdens, easing others’ loads and supplanting empty hearts and lives with generous gifts becomes for us the magic of the holidays.” – W.C. Jones

“I will honor Christmas in my heart, and try to keep it all the year.” – Charles Dickens

“Christmas is a season for kindling the fire for hospitality in the hall, the genial flame of charity in the heart.” – Washington Irving

“Christmas is doing a little something extra for someone.” – Charles M. Schulz

“Blessed is the season which engages the whole world in a conspiracy of love.” – Hamilton Wright Mabie

“The best of all gifts around any Christmas tree: the presence of a happy family all wrapped up in each other.” – Burton Hills

“My idea of Christmas, whether old-fashioned or modern, is very simple: loving others.” – Bob Hope

“Christmas waves a magic wand over the world, and behold, everything is softer and more beautiful.” – Norman Vincent Peale

“He who has not Christmas in his heart will never find it under a tree.” – Roy L. Smith

“I wish we could put up some of the Christmas spirit in jars and open a jar of it every month.” – Harlan Miller

“One of the most glorious messes in the world is the mess created in the living room on Christmas Day. Don’t clean it up too quickly.” – Andy Rooney

“Christmas, children, is not a date. It is a state of mind.” – Mary Ellen Chase

“Christmas is a season not only of rejoicing but of reflection.” – Winston Churchill

“The best way to spread Christmas cheer is singing loud for all to hear.” – Will Ferrell, ‘Elf’

“Christmas, in short, is about the only chance a man has to be himself.” – Francis C. Farley