Ah, dad jokes. We’ve all heard them – those overly-simplistic one-liners said with sincere humorous intent, but which normally end up falling flat. And that’s exactly what we like about dad jokes – the fact that the deliverer usually has no idea how simplistic and uncool their joke is.

Dad jokes are stereotypically told by dads, hence the moniker. However, the term is actually a misnomer as these jokes are applicable in just about any occasion. You can dedicate them to your dad during Father’s Day or share them with your buddies during a drinking escapade. Whichever the occasion, dad jokes are as hilarious as they come.

We’ve prepared a collection of 100 utterly uncool yet incredibly hilarious dad jokes ever.

1. 6:30 is my favorite time of day, hands down.
2. Can a kangaroo jump higher than a house? Of course, houses can’t jump.
3. Can February March? No, but April May!
4. Can I dive in this pool? It deep-ends.
5. Dad, can you put my shoes on? No, I don’t think they’ll fit me.
6. Dad, did you get a haircut? No, I got them all cut!
7. Dear Math, grow up and solve your own problems.
8. Did you hear about the man who fell into an upholstery machine? He’s fully recovered.
9. Did you hear about the power outlet who got into a fight with a power cord? He thought he could socket to him.
10. Did you hear about the square that got into a car accident? Yeah, now he’s a rect-angle!
11. Did you hear the one about the roof? Never mind, it’s over your head.
12. Did you hear the rumor about butter? Well, I’m not going to go spreading it!
13. Did you know that milk is the fastest liquid on earth? It’s pasteurized before you even see it.
14. Do you know how many people are dead at a cemetery? All of them.
15. Do you know the story about the chicken that crossed the border? Me neither, I couldn’t follow it.
16. Every night, I have hard time remembering something, but then it dawns on me.
17. How can you tell it’s a dogwood tree? From the bark.
18. How do astronomers organize a party? They planet.
19. How do celebrities stay cool? They have many fans.
20. How do you deal with a fear of speed bumps? You slowly get over it.

Related  The Real Deal on Promise Rings and Their Symbolism 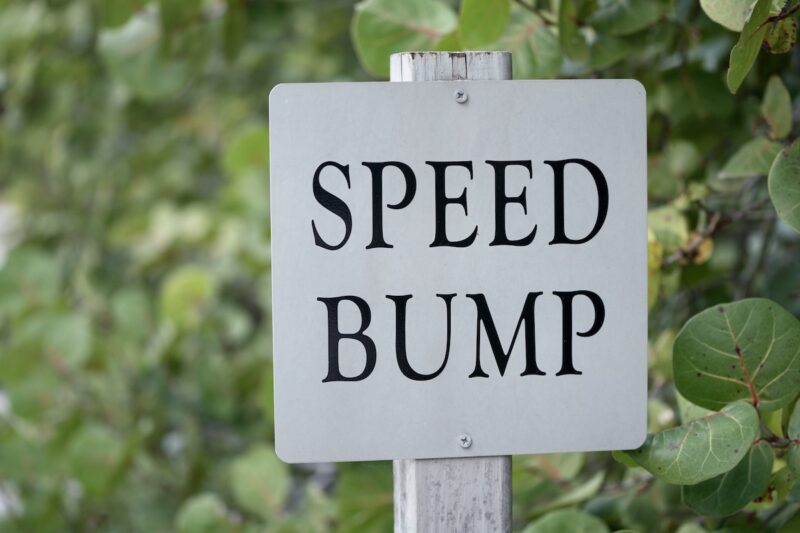 41. It’s inappropriate to make a ‘dad joke’ if you’re not a dad. It’s a faux pa.
42. Justice is a dish best served cold. If it were served warm, it would be just water.
43. Mom is mad at me because she asked me to sync her phone, so I threw it in the ocean.
44. Most people can’t tell the difference between entomology and etymology. I can’t find the words for how much this bugs me.
45. My dad told a Chemistry joke but he got no reaction.
46. My dad told me a joke about boxing. I guess I missed the punch line.
47. Singing in the shower is fun until you get soap in your mouth. Then it’s a soap opera.
48. Stop looking for the perfect match; use a lighter.
49. This graveyard looks overcrowded. People must be dying to get in.
50. Time flies like an arrow. Fruit flies like a banana.
51. To whoever stole my copy of Microsoft Office, I will find you. You have my Word!
52. Try the seafood diet—you see food, then you eat it.
53. Wanna hear a joke about construction? I’m still workin’ on it!
54. We’re renovating the house, and the first floor is going great, but the second floor is another story.
55. What breed of dog can jump higher than a skyscraper? Any breed of dog. Skyscrapers can’t jump.
56. What did Baby Corn say to Mama Corn? Where’s Pop Corn?
57. What did the janitor say when he jumped out of the closet? Supplies!
58. What did the ocean say to the beach? Nothing, it just waved.
59. What did the police officer say to his belly-button? You’re under a vest.
60. What did the two pieces of bread say on their wedding day? It was loaf at first sight.

Related  80 Sweet Good Night Messages for Your Girlfriend or Wife 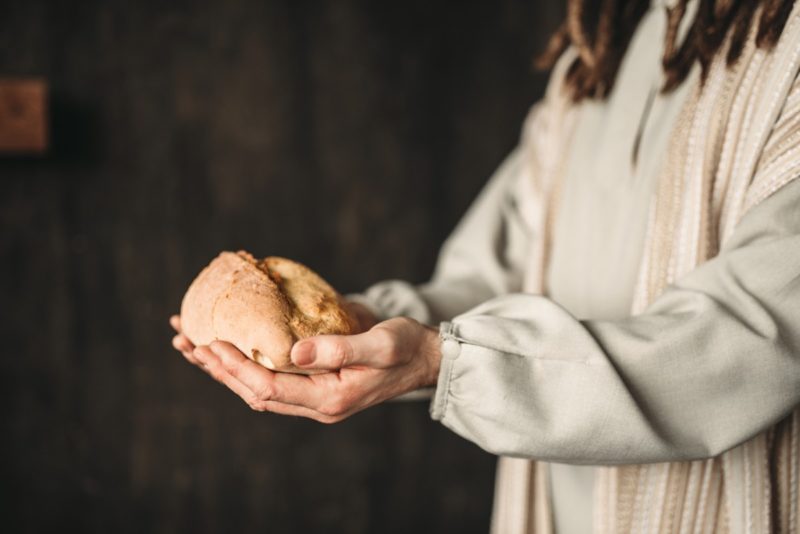 61. What did the zero say to the eight? That belt looks good on you.
62. What do a tick and the Eiffel Tower have in common? They’re both Paris sites.
63. What do you call a factory that makes okay products? A satisfactory.
64. What do you call a fake noodle? An impasta.
65. What do you call an alligator in a vest? An investigator.
66. What do you call an illegally parked frog? Toad.
67. What do you call cheese that isn’t yours? Nacho cheese!
68. What do you call it when a group of apes starts a company? Monkey business.
69. What do you call someone with no body and no nose? Nobody knows.
70. What does a nosey pepper do? It gets jalapeño business.
71. What happens when a snowman throws a tantrum? He has a meltdown.
72. What kind of cars do eggs drive? Yolkswagens.
73. What kind of milk comes from a pampered cow? Spoiled milk.
74. What kind of shoes does a lazy person wear? Loafers.
75. What made the tomato blush? It saw the salad dressing.
76. What would the Terminator be called in his retirement? The Exterminator.
77. What’s the difference between a badly dressed kid on a bicycle and a well-dressed kid on a tricycle? Attire!
78. What’s the difference between a hippo and a Zippo? One is very heavy, the other is a little lighter.
79. What’s a sea monster’s favorite lunch? Fish and ships.
80. What’s an astronaut’s favorite part of a computer? The space bar.

Related  Top 30 Most-Subscribed To YouTube Channels In The World 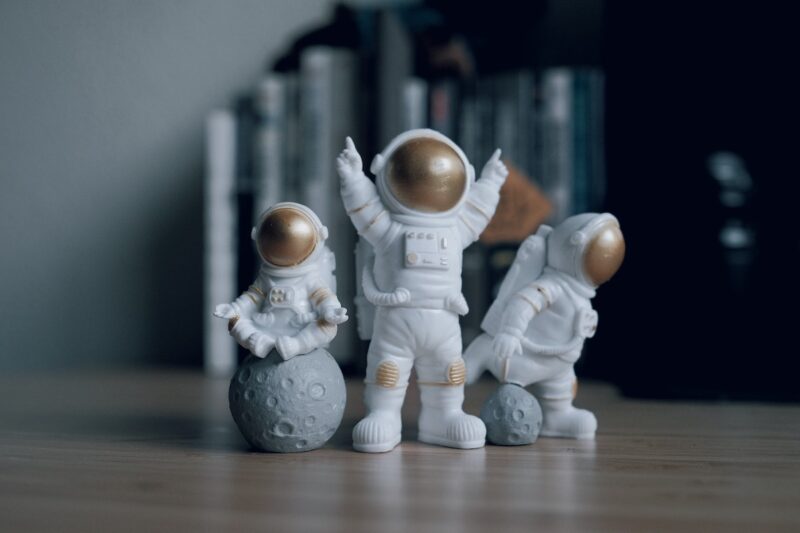 81. What’s the best way to watch a fly fishing tournament? Live stream.
82. When does a joke become a dad joke? When it becomes apparent.
83. Where do fruits go on vacation? Pear-is!
84. Where do math teachers go on vacation? Times Square.
85. Which is faster, hot or cold? Hot, because you can catch a cold.
86. Why are balloons so expensive? Because of inflation.
87. Why are nurses always running out of red crayons? Because they often have to draw blood.
88. Why are skeletons so calm? Because nothing gets under their skin.
89. Why are spiders so smart? They can find everything on the web.
90. Why couldn’t the bicycle stand up by itself? It was two tired!
91. Why did an old man fall in a well? Because he couldn’t see that well!
92. Why did the coach go to the bank? To get his quarter back.
93. Why did the computer get mad at the printer? Because it didn’t like its toner voice.
94. Why did the scarecrow win an award? He was outstanding in his field.
95. Why didn’t the melons get married? Because they cantaloupe.
96. Why do fathers take an extra pair of socks when they go golfing?” In case they get a hole in one!
97. Why do some couples go to the gym? Because they want their relationship to work out.
98. Why don’t eggs tell jokes? They’d crack each other up.
99. Why was the woman afraid for the calendar? She said its days were numbered.
100. You can’t trust atoms. They make up everything!

Dad jokes can offer the much-needed comic relief to an otherwise tense situation. The fact that these jokes typically appear as simplistic one-liners makes them reasonably easy to remember.

We hope you could find a suitable dad joke from the collection above to share with your family and friends whenever you’re in a situation that calls for a touch of humor.