Life is full of tough questions. Why are we here? What is reality? How can we love? These are just some of the hard questions we all have had in our lifetime and ones we are still constantly looking for the answers to.

But how do we delve deeper and potentially address some of life’s deepest mysteries? With philosophy of course! Some of the world’s most brilliant thinkers were engaged in the field of philosophy and passionately shared their ideas through books, treatises, and in the case of Socrates and Plato, orations in front of a live audience.

But philosophy is more than just old guys throughout history in white togas, tweed jackets, or thick glasses. It is a way of learning how to think and essentially how to find meaning in existence. When we read philosophy books and study philosophical ideas, we learn more about logic, imagination, ethics, morality, and self-awareness. Philosophy can help us understand our lives, find our purpose and fulfill it.

It’s always a good idea to read books on philosophy even ones that were originally published decades ago. Philosophical ideas are timeless, and we are always enriched by reading the words of the great thinkers that came before us.

With that in mind, here are 10 incredible philosophy books you need to read today: 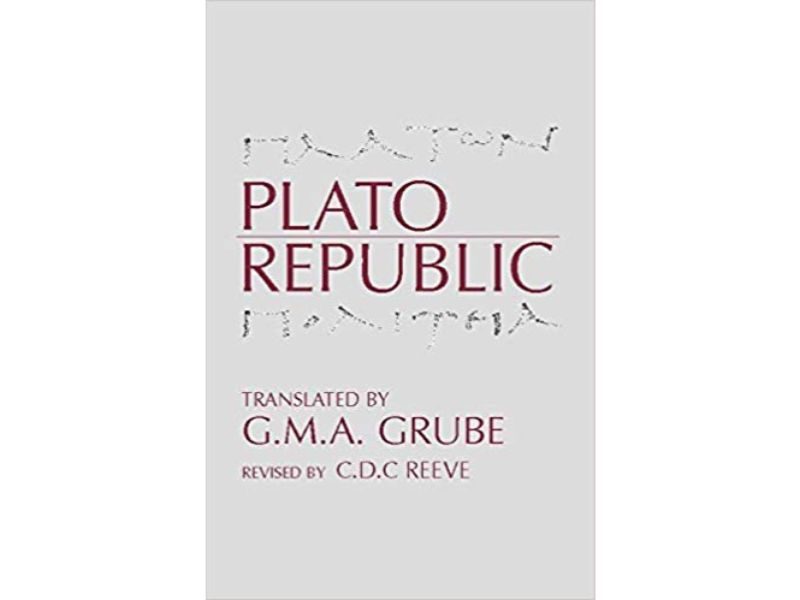 To have a good foundation for understanding philosophical principles, it’s always good to start with or refer back to the classics.

And you can’t talk about philosophy without talking about the great Greek philosophers, Socrates and Plato. Through rhetorical methods, their ideas introduced the notion of questioning the world around us. This is what would become the bedrock of philosophy and the search for answers.

Related  7 Travel Books That Will Change Your Perspective

Republic was written in the form of discussions and dialogue between Socrates and the Athenians, exploring a wide range of philosophical ideas. The book’s main point revolves around the concept of justice and the characteristics and differences of the just and unjust men in society.

While some of the ideas can only be understood within the context of that Greek period, the underlying principles remain strong and can still be applied to the modern world we live in today.

2. A History of Western Philosophy by Bertrand Russell 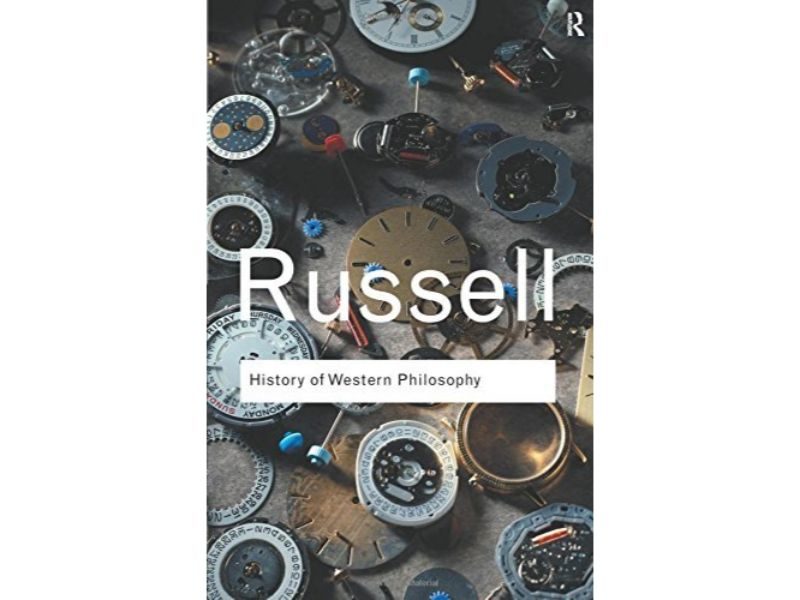 It’s easy to get overwhelmed by the sheer number of influential philosophers and philosophical ideas in the world, which is why this book is a great jumping-off point.

A History of Western philosophy is a comprehensive, intelligent, witty, and insightful look at all the important philosophers that helped shape Western Philosophy and the ideas and principles they subscribed to.

However, this book is a longer read and should be coupled with mediation and thoughtfulness. It’s not something you’d just breeze through on a Friday night in bed. 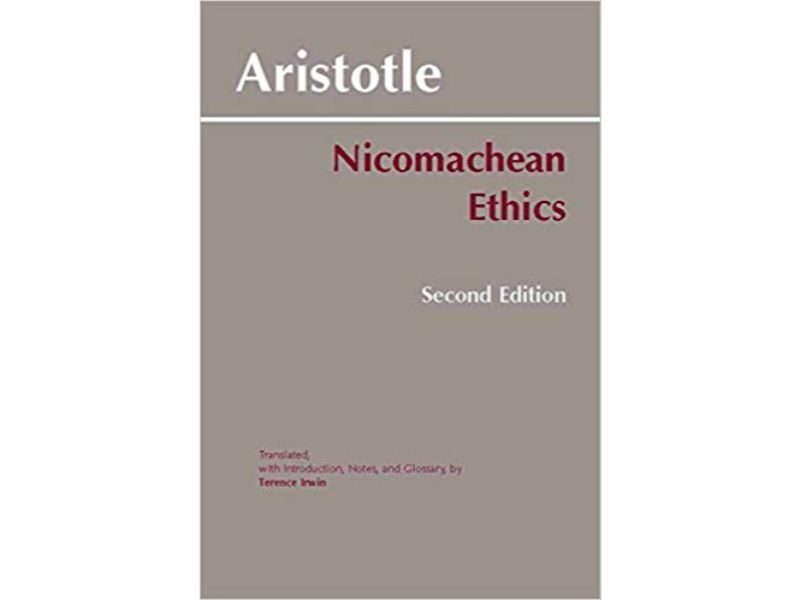 The best philosophy books are the ones that make us question how we can be better human beings and how we can live happier lives.

And this is exactly what Nichomachean Ethics by Aristotle does. The book tries to answer one of the most difficult questions we will encounter–how can we live good lives? Aristotle’s answer, through happiness, might be simple enough. But this happiness is not about something we feel, but rather the quality of the lives that we lead.

The book explains this further by putting human activities in the spotlight and highlighting the activities that allow us to make important contributions to society and those that allow us time for reflection and contemplation. 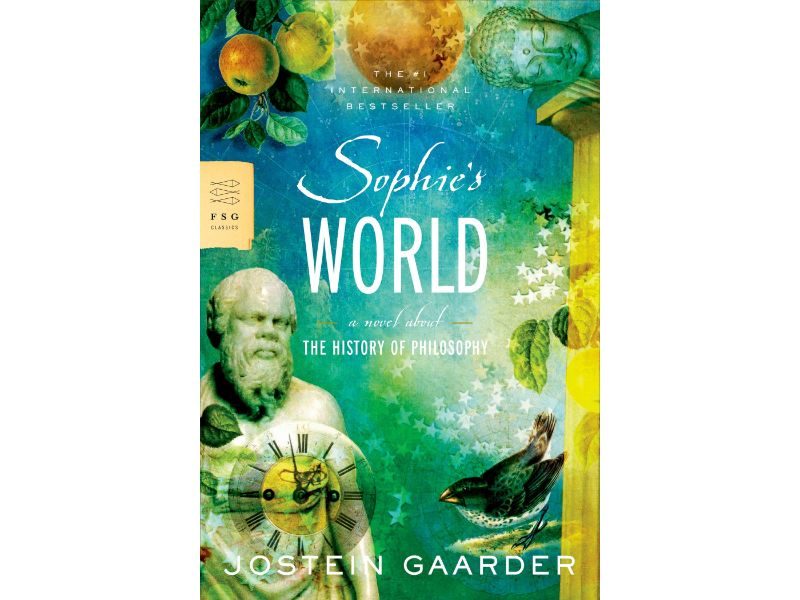 If you are looking for a good introduction to philosophy but can’t quite make your way through Bertrand Russell’s mammoth work, a captivating alternative is the fiction book Sophie’s World.

With over 20 million copies in print, Sophie’s Worldmade philosophy palatable to a whole new generation of readers with an engaging story that gets you hooked from start to finish.

The novel follows the adventures of teenager Sophie Amundsen who tries to unravel a mystery using philosophical principles introduced to her by the mysterious philosopher Alberto Knox.

The book delves into Western philosophy canon from Pre-Socrates through the Renaissance, Romanticism, Darwinism, and so much more. All in all, it is a very exciting and enjoyable romp through philosophy.

5. The Prince by Niccolo Machiavelli 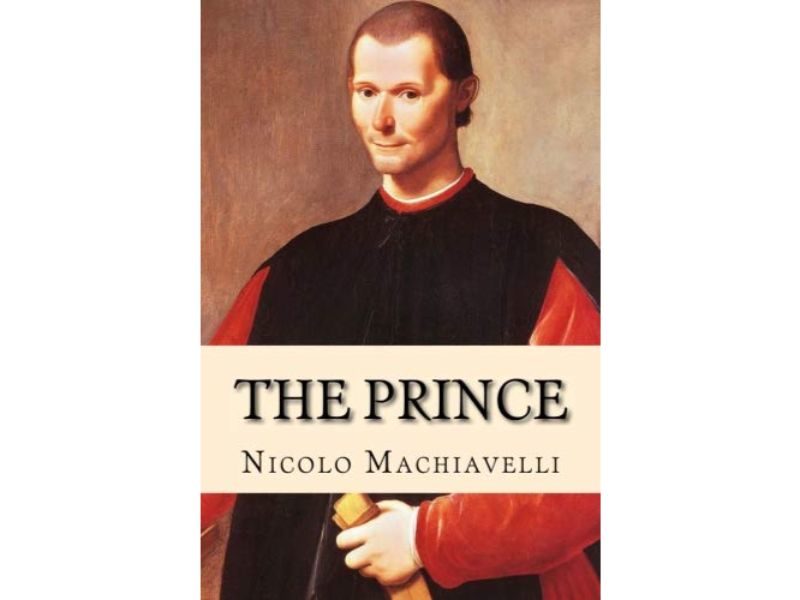 Machiavelli wrote his timeless classic The Prince while in exile as punishment by the Medici for suspected conspiracy.

This treatise, dedicated to Lorenzo de’ Medici, is still the best tome on the politics of ruthlessness and power available. If you have ever wanted a closer look at what motivates power-hungry rulers, this is a perfect guide to understanding them.

In it, Machiavelli expounds on the philosophy of pure cunning and ruthlessness coupled with practicality to achieve your goals.

Dedicated to the new ruler of Florence, he counsels that a prince, much like a doctor or a lawyer, must follow the ethics of the field he is in if he is to secure his place. While conceived to appease the new rulers of his city, the political tips and tricks he discusses in the book’s pages are still very much alive and practiced today.

6. Zen and the Art of Motorcycle Maintenance by Robert M. Pirsig 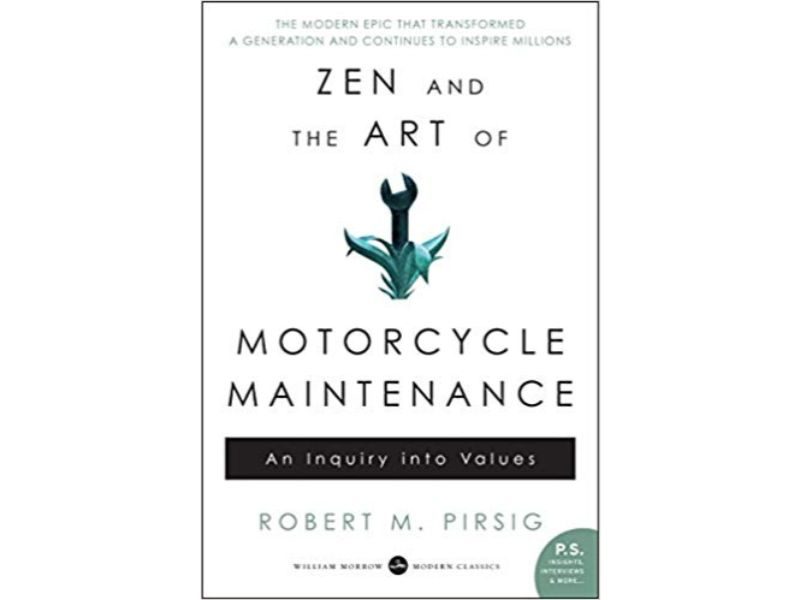 Zen and the Art of Motorcycle Maintenance is another fictionalized autobiographical look at philosophy told through a road trip undertaken by a father and son and their two friends from Minnesota to Northern California. Through the journey, philosophical principles are discussed including the ideas on quality of life, scientific method, technology, and so much more.

Although it was released in 1974 one of the most important questions it asks – why has technology alienated us from the world? – is still extremely relevant today.In fact,it might be a more relevant read today. 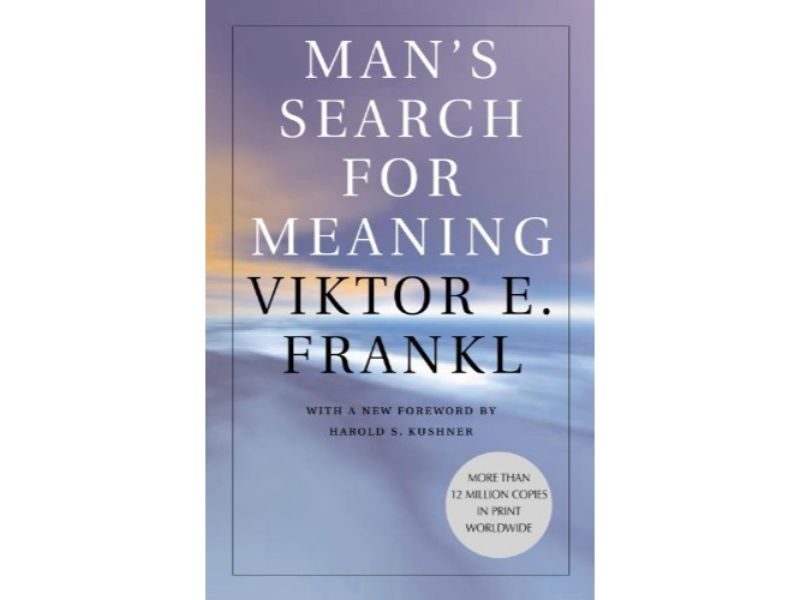 Despite being a neurologist and psychiatrist, Viktor Frankl shares deep insights into what it means to be a human being which is something philosophers have struggled with for centuries. In his novel, Frankl shares his theory of “logotherapy,” which is based on the premise that the primary motivation in a person’s life is to find meaning and purpose.

To hammer his point home, Frankl shares his story about his time spent in a Nazi internment camp in Auschwitz.

Through this terrible event of his life, he formulates his ideas that while humans can’t avoid suffering in life, they can choose how to deal with it and endure it, allowing them to come out of the trauma with a stronger purpose and a renewed desire for life.

8. Beyond Good and Evil by Friedrich Nietzsche 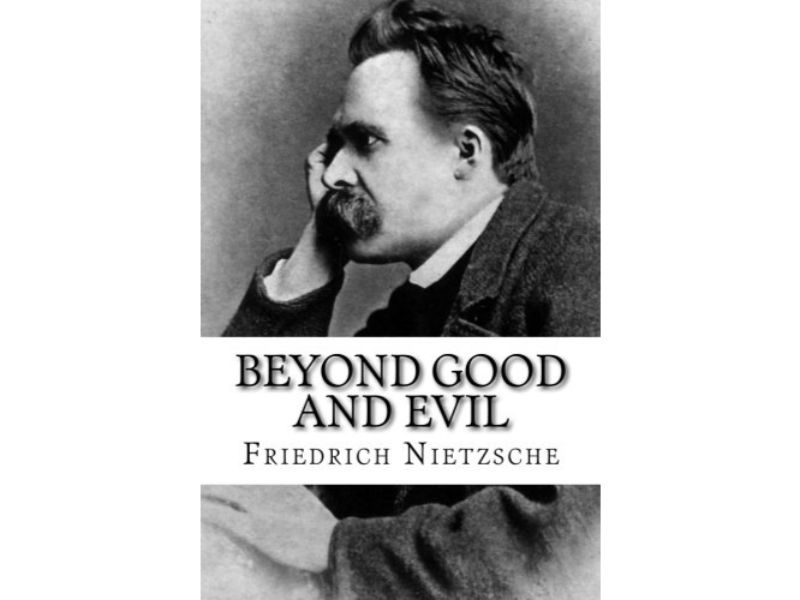 The principles of good and evil, which factored heavily into earlier philosophy, are tossed out the window by Nietzsche who chastised earlier philosophers for buying into a universal premise of morality and claiming that a “good man” is the opposite of an “evil man.”

In his work, Nietzsche explores the concept of morality and seeks to explain that good and bad men are essentially the same, made different only by their decisions and their actions. He rejects old beliefs like “self-consciousness,” “inherent knowledge,” and “ingrained morality.” Instead, he chooses to go beyond good and evil by denying a universal human morality. 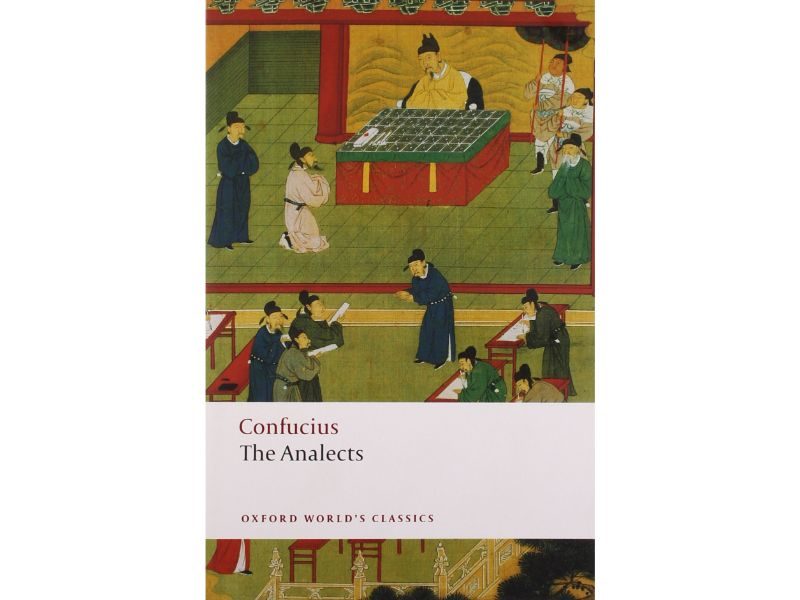 The works of Confucius are some of the most widely read and studied in the Eastern world.His philosophy has greatly influenced how many lived and worked.

In this work, Confucius presents his premise that a successful and thriving country will depend largely on the morals and principles of its people. If a country had ethical men who could speak well and was governed by integrity then the country would prosper.

Written around 445-221 BC, it is outstanding how these Confucian sayings have molded and guided not only the Chinese civilization but still upholds its place in today’s modern world as a source of guidance.

10. The Tao of Pooh and The Te of Piglet by Benjamin Hoff 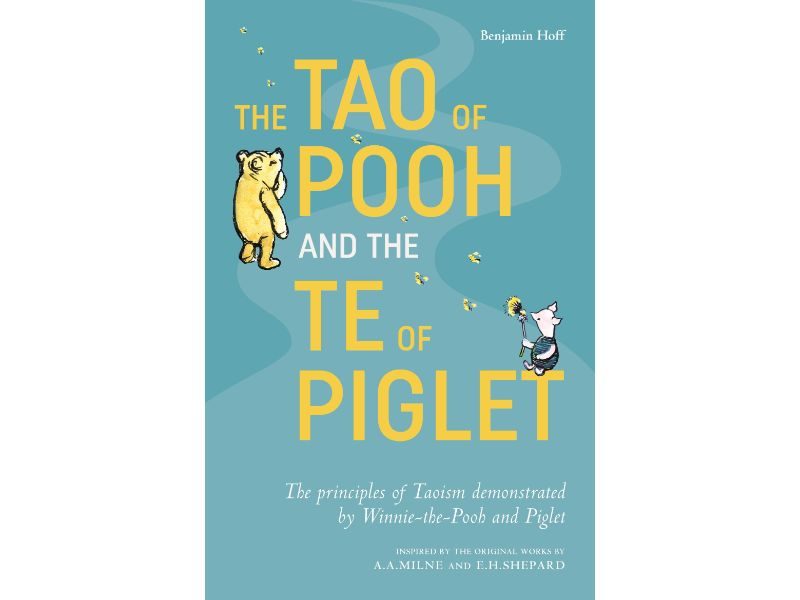 This book offers a look at Eastern philosophy through a Western lens and answers the question of whether or not there was such a thing as Western Taoism.

Through wonderful examples and brilliant dialogue between the beloved Winnie the Pooh and his friends, Piglet, Eeyore, Owl, and Tigger, the author gives readers a very simple and eye-opening look at Taoist principles.

Using the much-beloved characters of Winnie the Pooh and Piglet,this unique storytelling approach makes Tao philosophy very easy to understand and apply in real-life situations. The book also provides invaluable lessons on how to lead simple yet happy lives, to surround yourself with those you love, and to treat everyone with kindness.

Food for the Mind and Soul

These are just some of the many interesting and thought-provoking books about philosophy. Once you get started on one, it can feel very much like falling down the rabbit hole, as you will surely want to keep going.

Unlike other literary choices available, philosophy is not just a good read to while away the time, but also a way to nurture both the mind and the soul, encouraging everyone to learn more about themselves and the world around them.