Beyoncé Giselle Knowles-Carter, simply known professionally as Beyoncé, is an American singer, dancer, record producer, actress, film director, and businesswoman. She rose to prominence in the late ‘90s as the lead singer of the girl group Destiny’s Child.

As a solo artist, Beyoncé is considered one of the best-selling recording artists in the world. As of the time of writing, she has sold at least 118 million records worldwide. 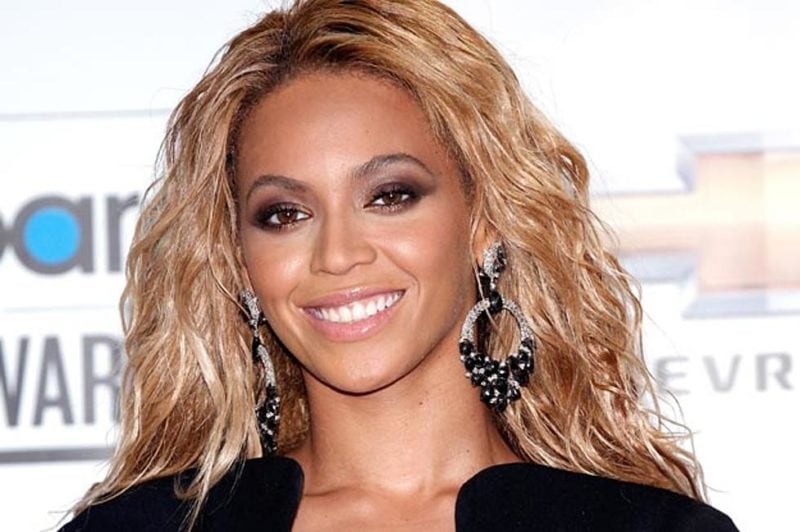 Beyoncé was born on September 4, 1981, in Houston, Texas, to Mathew Knowles and Celestine “Tina” Beyonce Knowles. Her father was a Xerox sales manager, whereas her mother was a hairdresser and salon owner.

Beyoncé developed an interest in singing while attending the St. Mary’s Montessori Elementary School. She enrolled in dance classes, where her singing and dancing talents were discovered by dance instructor, Darlette Johnson.

At the age of seven, Beyoncé won a school talent show. The win further strengthened her resolve to pursue a musical career. A year later, Beyoncé and her childhood friend Kelly Rowland were auditioning for an all-girl entertainment group when they met LaTavia Robertson. Robertson placed the two girls in a group known as Girl’s Tyme, which comprised three other girls.

Girl’s Tyme participated in a series of talent show circuits around Houston but the group didn’t achieve any meaningful success during its earlier years. In 1995, Beyoncé’s father, Mathew Knowles, resigned from his job so he could manage the group.

After a series of auditions, Girl’s Tyme was eventually signed to Elektra Records, and then shortly to Atlanta Records. On October 1995, Girl’s Tyme signed to Grass Roots Entertainment and a year later, they began working on their debut album. The group finally signed to Columbia Records in 1996 and changed their name to Destiny’s Child.

Some of Destiny’s Child’s most successful tracks include No, No, No, Say My Name, The Writing’s on the Wall, Survivor, and Jumpin, Jumpin.

After releasing their 2001 album, 8 Days of Christmas, Destiny’s Child split up and the members decided to go their separate ways. Beyoncé kicked off her solo music career by releasing the album Dangerously in Love in 2003.

She has since followed up with five other albums, including:

In addition to music, Beyoncé has also pursued a successful acting career. She made her theatrical film debut in the 2002 comedy film Austin Powers in Goldmember.

Other notable films starring Beyoncé include:

Besides acting, Beyoncé is also an acclaimed film director. She made her directorial debut in the 2013 movie Life Is But a Dream. Other films she has directed include Beyoncé: Lemonade (2016), Homecoming (2019), and Black is King (2020).

As of August, 1, 2021, Beyoncé had a net worth of $400 million. She has earned her millions through her successful singing and acting career, as well as involvement in various lucrative investments.

In a typical year, Beyoncé can earn as much as $50 million from her music and acting-related endeavors alone. She earned $80 million between June 2007 and June 2008 from her music, touring, films, and merchandise sales. Over that period, she was ranked the best-paid musician on the planet, toppling the likes of Celine Dion and Madonna.

The following are Beyoncé’s salary highlights over the last decade:

Besides album sales, Beyoncé has also earned millions from endorsement deals. In 2013, she signed an endorsement contract with Pepsi and H & M. The earnings she received from these two endorsements alone made her and husband Jay-Z the world’s first billion-dollar couple in the music industry. Other notable brands that she has endorsed include L’Oreal, Nintendo DS, Adidas, and American Express.

Beyoncé is also a renowned fashion designer. She teamed up with her mother to launch House of Dereon, a women’s fashion line that produces various clothing accessories, including lingerie, footwear, sportswear, and even jewelry.

The following are other businesses associated with Beyoncé:

Like her husband, Jay-Z, Beyoncé has also invested heavily in real estate. In 2008, the couple paid $8 million for a 7-bedroom mansion in the Indian Creek Island of Miami. They sold the property two years later for $9.3 million.

Beyonce is also associated with a $2.6 million mansion in New Orleans and a $4 million private island located in the Bahamas, which she co-owns with Jay-Z. Not to mention the 30,000-square-foot mansion located in Bel Air, California, which the couple acquired in 2017 for a whopping $88 million.

1. Work for your own money

Although she married a millionaire, Beyoncé was already wealthy herself. And she hasn’t stopped working hard for her own money.

Beyoncé was once offered $6 million to perform at an event hosted by Uber. However, she turned down the cash and instead, opted for equity in the ride-sharing company.

3. Generosity is a key ingredient for success

Beyoncé is one of the most generous celebrities alive. She has funded numerous initiatives and causes, most of which are connected to childhood obesity, gun control, world hunger, and female empowerment. “Diana Ross is a big inspiration to all of us. We all grew up watching everything about her – her mike placement, her grace, her style and her class.”

“I’m a human being and I fall in love and sometimes I don’t have control of every situation.”

“The more successful I become, the more I need a man.”

Beyoncé is one of the most accomplished female musicians of all time. She is the recipient of multiple awards and has successfully reinvented herself over the years. Thanks to her hard work and sheer determination, Beyoncé has an impressive $400 million net worth in 2020.