Many people are struggling to grasp the concept of Bitcoin after it became a household name. Over the recent years, Bitcoin has evolved from an underworld virtual currency to a new investment craze.

In simple terms, Bitcoin is a digital currency without the backing of any physical value. Interestingly, Bitcoin was development to make illegal online transactions possible.

It has for long been shunned as a criminal currency.

They are many more digital currencies, popularly known as cryptocurrencies. Bitcoin is the most popular among them all. 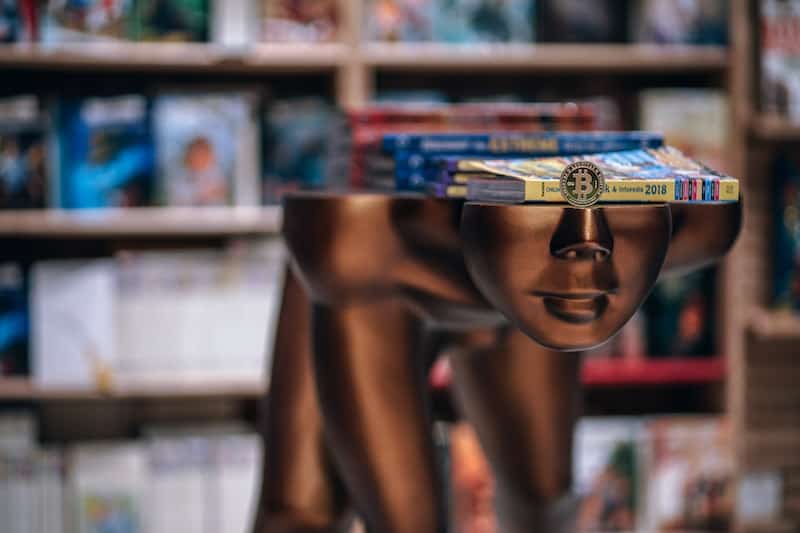 In the recent years more and more people have continued to embrace the use of Bitcoin, as it presented quick ways of completing online transactions.

Bitcoin enables the transfer of funds across continents very swiftly. Also, Bitcoin has continued to rise in value with the value of one coin currently above $10000.

The progressive value gain of Bitcoin attracted many investors to the Bitcoin trade, and many have so far reaped significantly from it. The value keeps fluctuating with small margins. This fluctuation has enabled bitcoin exchange to become a significant and robust industry.

These small units enable everyone to engage in bitcoin trade, as well as buy and sell products in bitcoin. Traditional forms of online payment-operate from one point or company. However, no specific company operates the Bitcoin currency.

The data about all bitcoin available is equally present in multiple computers around the world, and the all these computers keep track of all transactions involving bitcoin.

These computers, therefore, act as watchdogs over each other, such that nobody can manipulate the bitcoin amounts.

This computer network is what is referred to as blockchain.

Bitcoin has a myriad of merits in the current online trade setting. As mentioned earlier, it started off as a criminal currency. It has however proved itself as a great and useful invention.

1. One of the most exciting facts about bitcoin revolves around its creator Satoshi Nakamoto. The character is still shrouded in mystery as no one has ever come out confirm they know someone with such identity.

The name has been linked to several people over the years, but none has ever been confirmed. Satoshi is suspected of owning over 1 million bitcoins; whose value is approximately $2billion.

2. Bitcoin transactions are anonymous. This is why it is used by criminals. The address to a bitcoin digital wallet is a set of alphanumeric code. It is therefore impossible to identify neither the sender nor the recipient.

The wallet provider programs assign random portfolio ID, that is primarily used to distinguish the wallet from others. The digital wallets are connected to the blockchain and are not operated by any particular company.

3. In the midst of millions of illegal items purchased using bitcoin, the first legal transaction of Bitcoin involved the purchase of a pizza.

A piece of pizza worth $25 was paid for using 10,000 bitcoins. The first ever transfer of bitcoin was carried out by Satoshi to a fellow named Hal Finney back in 2009.

The popularity of bitcoin has triggered reactions from various interested quarters over the years. Influential people have sought to join the conversation and offer their input.

Professionals, experts, authorities and many others have had their say about bitcoin in diverse platforms.

The bitcoin conversations have attracted fierce supporters and critics in equal measure.

Below are 30 famous quotes about bitcoin collected from various people across the globe.

2. “Bitcoin is a remarkable cryptographic achievement and the ability to create something that is not duplicable in the digital world has enormous value.” – Eric Schmidt (Google CEO)

3. “Bitcoin is a very exciting development, it might lead to a world currency. I think over the next decade it will grow to become one of the most important ways to pay for things and transfer assets.” – Kim Dotcom (CEO of MegaUpload)

4. “We have elected to put our money and faith in a mathematical framework that is free of politics and human error.” – Tyler Winklevoss (Co-inventor of Facebook)

5. “Bitcoin actually has the balance and incentives right, and that is why it is starting to take off.” – Julian Assange (Founder of Wikileaks)

7. “Virgin Galactic is a bold entrepreneurial technology. It’s driving a revolution and Bitcoin is doing just the same when it comes to inventing a new currency.” – Sir Richard Branson (Founder of Virgin group of companies)

8. “I really like Bitcoin. I own Bitcoins. It’s a store of value, a distributed ledger. It’s a great place to put assets, especially in places like Argentina with 40 percent inflation, where $1 today is worth 60 cents in a year, and a government’s currency does not hold value. It’s also a good investment vehicle if you have an appetite for risk. But it won’t be a currency until volatility slows down.” – David Marcus (CEO of Paypal)

9. “I think the fact that within the bitcoin universe an algorithm replaces the functions of [the government] … is actually pretty cool. I am a big fan of Bitcoin.” –  Al Gore (45th Vice President of the United States)

11. “I am very intrigued by Bitcoin. It has all the signs. Paradigm shift, hackers love it, yet it’s derided as a toy. Just like microcomputers.” – Paul Graham (Yahoo Store)

12. “Bitcoin will do to banks what email did to the postal industry.” – Rick Falkvinge (Founder of the Swedish pirate party)

13. “Right now Bitcoin feels like the Internet before the browser.” – Wences Casares (Founder of Banco Lemon)

15. “I do think Bitcoin is the first [encrypted money] that has the potential to do something like change the world.” – Peter Thiel (Co-Founder of Paypal)

20. “Bitcoin is here to stay. There would be a hacker uproar to anyone who attempted to take credit for the patent of cryptocurrency. And I wouldn’t want to be on the receiving end of hacker fury.” – Adam Draper

21. “If there is one positive takeaway from the collapse of Mt.Gox, it is the willingness of a new generation of Bitcoin companies to work together to ensure the future of Bitcoin and the security of customer funds.” – Brian Armstrong (CEO of Coinbase)

22. “Bitcoin seems to be a very promising idea. I like the idea of basing security on the assumption that the CPU power of honest participants outweighs that of the attacker. It is a very modern notion that exploits the power of the long tail.” – Hal Finney

23. “Bitcoin enables certain uses that are very unique. I think it offers possibilities that no other currency allows. For example the ability to spend a coin that only occurs when two separate parties agree to spend the coin; with a third party that couldn’t run away with the coin itself.” – Pieter Wuille

24. “Hey, obviously this is a very interesting time to be in Bitcoin right now, but if you guys want to argue over whether this is reality or not, one Bitcoin will feed over 40 homeless people in Pensacola right now. If you guys want proof Bitcoin is real, send them to me, I’ll cash them out and feed homeless people.” – Jason King

25. “Blockchain is the tech. Bitcoin is merely the first mainstream manifestation of its potential.” – Marc Kenigsberg

26. “Bitcoin was created to serve a highly political intent, a free and uncensored network where all can participate with equal access.” – Amir Taaki

27. “As the value goes up, heads start to swivel and skeptics begin to soften. Starting a new currency is easy, anyone can do it. The trick is getting people to accept it, because it is their use that gives the “money” value.” – Adam B. Levine

28. “At its core, bitcoin is a smart currency, designed by very forward-thinking engineers. It eliminates the need for banks, gets rid of credit card fees, currency exchange fees, money transfer fees, and reduces the need for lawyers in transitions… all good things.” – Peter Diamandis

29. “Bitcoin, and the ideas behind it, will be a disrupter to the traditional notions of currency. In the end, currency will be better for it.” – Edmund C. Moy

30. “There is so much potential, … I am just waiting for it to be a billion dollar industry.” “Wow, Silk Road actually works” – Charlie Shrem

Rik Flaxman is the CEO & Founder of 11must.com. Writing is his hobby and he loves to visit all over the world especially USA.