Who Is Bob Iger?

Robert Allen Iger is an American business executive and entrepreneur. Iger is the current Executive Chairman of The Walt Disney Company.

Bob Iger was born on February 10, 1951, in New York City, New York, to Arthur L. Iger and Mimi Tunick Iger. His father was a World War II navy veteran who was also a one-time executive vice president as well as general manager of the Greenvale Marketing Corporation, whereas his mother worked at Boardroom Junior High School located in Oceanside, New York.

Iger developed an interest in books during his childhood. After graduating from Oceanside High School, he joined the Roy H. Park School of Communications based at Ithaca College. He graduated from the institution in 1973 with a Bachelor of Science in Television and Radio.

Bob Iger kicked off his media career in 1972 by hosting an Ithaca College television show known as Campus Probe. He later worked as a weather presenter in Ithaca for five months and claimed that he had his eyes set on becoming a news anchor. But after his short stint as a weatherman, Iger decided to change his career.

In 1974, Bob Iger joined the ABC as a menial laborer working on television sets. He reportedly earned $150 per week, or about $700 in today’s dollars. Bob worked at the ABC for years, rising through the ranks to become the head of ABC Entertainment in 1989. In 1993, he was named the President of the ABC Network Television Group, as well as the executive vice president of Capital Cities/ABC. The following year, he became the president and chief operating officer (COO) of Capital Cities/ABC.

In 1995, Disney acquired Capital Cities/ABC. Following the acquisition, the company’s name was changed to ABC, Inc., and Bob Iger was retailed as its president until 1999.

In 1999, Iger became the president of Walt Disney International as well as the chairman of the ABC Group. Just like in his previous jobs, Iger rose through the ranks at Disney, becoming the company’s president and COO in January 2000. He eventually became Disney’s CEO in March 2005.

Coming in with a wealth of experience in corporate governance, it did not take long before Iger turned around Disney’s fortunes. On January 24, 2006, Disney announced its intended acquisition of Pixar for a jaw-dropping $7.4 billion. In 2009, under the leadership of Iger, Disney acquired Marvel Entertainment and all its associated assets for $4 billion.

Bob Iger eventually stepped down as Disney CEO on February 25, 2020. He would not leave the company immediately though. Instead, Iger chose to work as Disney’s executive chairman to help steer the company through the COVID-19 pandemic. 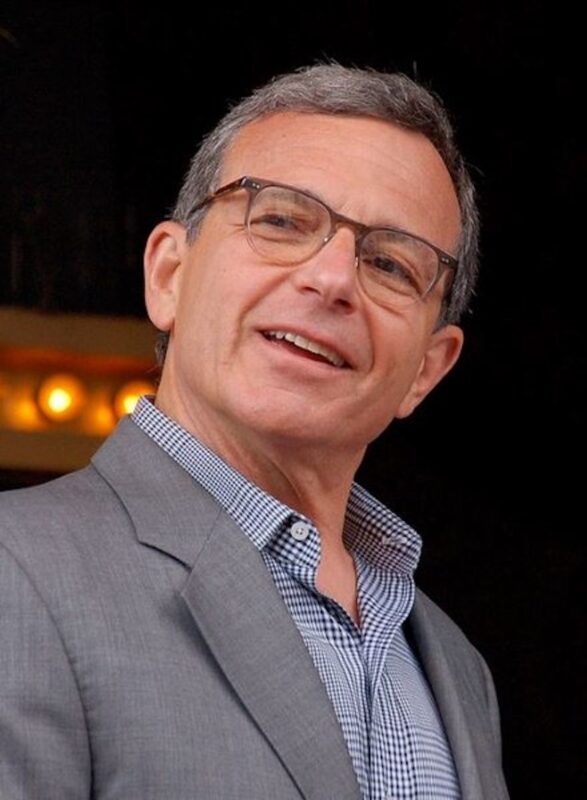 Bob Iger is one of the most successful Disney CEOs of all time. During his tenure, he spearheaded Disney’s acquisition of numerous high-profile rival companies, including Pixar, Marvel, and Lucasfilm. These decisions turned around Disney’s fortunes, as the company’s market capitalization value increased from $48.5 billion to $257 billion within a span of 13 years.

But Iger’s shrewd corporate decisions did not only increase Disney’s fortunes. They also reflected positively in his bank account.

As of 2023, Bob Iger had amassed a net worth of $350 million. It’s safe to assume that a huge portion of that wealth came in during his tenure as Disney CEO. At some point, Bob Iger had 1.08 million shares in Disney, which represented a combined market value of $130 million.

In a typical year, Iger earned between $40 and 50 million in total annual compensation. His annual earnings were a combination of his base salary as well as bonuses and stock grants. For instance, he earned $47.5 million in 2019, which included $3 million in base salary, $21.8 million in bonuses, and $19.6 million in stock awards and options.

After stepping down as Disney CEO but resuming operational duties as the company’s executive chairman, it was reported that Bob Iger would forgo his 2020 salary to help the company tackle losses occasioned by the COVID-19 pandemic. Nonetheless, that decision doesn’t seem to have dealt a significant blow on Iger’s overall net worth.

Bob Iger initially had ambitions of becoming a news anchor. But that was long before he discovered a more interesting career in the corporate world.

Although Iger is no longer Disney’s CEO, he has surely left his mark. He will be remembered for brokering high-profile acquisitions that saw Disney’s fortunes increase remarkably.

Money shouldn’t be our sole motivation to work. Iger proved this assertion when he forfeited his 2020 salary to help Disney tackle multi-billion dollar losses occasioned by COVID-19.

“I think it is important for people who are given leadership roles to assume that role immediately.”

“My perfect day is a day where I’m engaged the most in creative processes and with creators. Any day that has none of that is a bad day.”

“The riskiest thing we can do is just maintain the status quo.”

“What I’ve really learned over time is that optimism is a very, very important part of leadership.”

Bob Iger may no longer be Disney’s CEO, but he remains one of the world’s most influential business leaders. Thanks to his sound financial decisions, Iger was able to transform Disney’s fortunes tremendously during his tenure as the company’s CEO. And his efforts have also translated into his $350 million net worth.