Who Is Bruno Mars?

As a singer, Bruno Mars is famous for his electric stage performances and retro showmanship. He is also known for his creative ability to blend a variety of musical styles, ranging from pop and R&B to funk, reggae, soul, hip hop, and rock.

Mars is often accompanied by his band, known as the Hooligans. Members of the Hooligans serve as Bruno’s backup singers and dancers, while also playing a wide range of musical instruments, including the bass, electrical guitar, piano, keyboards, horns, and drums. 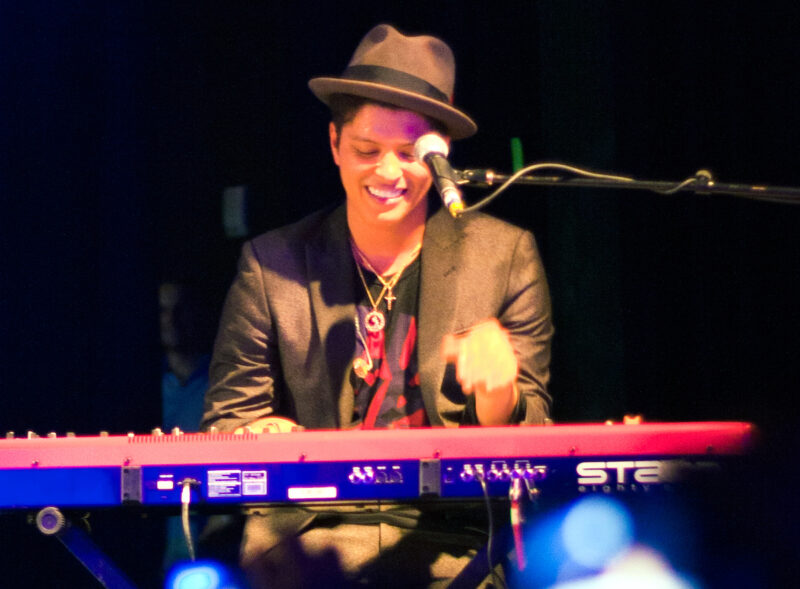 Bruno Mars was born on October 8, 1985, in Honolulu, Hawaii, to Peter Hernandez and Bernadette San Pedro Bayo. Mars hails from a musical family. His father performed rock and roll music, whereas his mother was a singer and dancer.

Bruno Mars developed an interest for music during his childhood. As a child, he performed songs by popular artists like Michael Jackson, The Temptations, and The Isley Brothers. When he was just four years old, Mars became seriously involved in his family’s music band, performing up to 5 days a week with the band.

At the age of 12, Bruno Mars’ parents divorced. The family soon became broke and homeless. However, Mars continued to work on his musical talents, focusing on live impersonations of Elvis Presley.

After graduating from high school, Bruno Mars moved to Los Angeles, California, to pursue a career in music. But despite several renowned record labels expressing an interest in signing him, Mars’ singing career stalled for some time. It’s then that he decided to venture into songwriting. Some of his earlier projects were songs for music producer Brandon Creed, as well as for Adam Levine and Sugababes.

Bruno Mars’ breakthrough finally came in 2009 after featuring on as well as composing the song ‘Nothin’ on You’ by American rapper B.o.B. The song was an instant hit, charting at the #1 spot on the US Billboard Hot 100. The song also topped the UK Singles Chart, in addition to peaking within the top 10 of several music charts around the world. The following year, Bruno Mars featured on and composed his second-most successful song, ‘Billionaire’ by McCoy.

On May 11, 2010, Mars released his debut extended play album titled It’s Better If You Don’t Understand. Later that year, he released his debut studio album, Doo-Wops & Hooligans. Some of the most successful singles off the album include ‘Just the Way You Are’ and ‘Grenade.’

Bruno Mars has received numerous awards and accolades throughout his music career, including:

He also holds three Guinness World Records, including a record for the First Male Artist to Achieve three 10-million-selling-singles.

As of August 1, 2021, Bruno Mars had a net worth of $130 million. He has earned his wealth from his highly successful career as a singer, songwriter, and record producer.

As of the time of writing, Mars had sold more than 130 million records worldwide. That’s enough to make him one of the best-selling music artists of all time.

According to Forbes, Bruno Mars earned $60 million between June 2013 and June 2014 from his various endeavors, including record and album sales as well as concerts and tours. In June 2017, Mars was ranked sixth on Forbes’ list of the World’s Highest Paid Celebrities, with an estimated earnings of $39 million that year. And in June 2018, Forbes declared Mars as the highest-paid musician in America, having earned $100 million that year.

Besides music, Bruno Mars also makes money through other endeavors, such as endorsement deals. Mars’ most notable endorsement earnings came from his 2013 deal with Pepsi Co., which paid him $4 million. Other notable brands that Bruno Mars has entered into endorsement deals with include Twitter and Vogue.

When he was five years old, Bruno Mars peed on himself during a musical performance. However, he was undeterred even in the face of this epic embarrassment.

2. Have a mentor you can look up to

3. Learn from your mistakes

Shortly after releasing his debut album, Bruno Mars was arrested in Las Vegas with cocaine. He pleaded guilty to possession of illegal drugs. However, he was not charged in exchange for a fine, 200 hours of community service, and most importantly, a pledge to stay out of trouble. 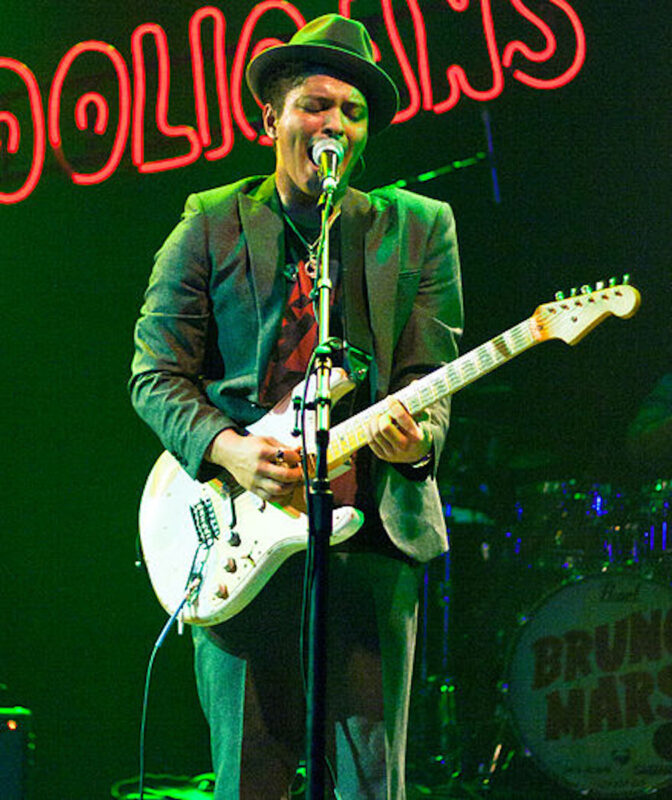 “When everything in life gets so complicated it only takes a day to change it.”

“You can’t knock on opportunity’s door and not be ready.”

“You gotta know what you are, who you are and how you want to be portrayed.”

“You have to be who you are, and hopefully they dig it.”

Bruno Mars is a talented musician with a creative ability to blend several musical genres. He is also an acclaimed songwriter and record producer. Due to his efforts in and outside the music industry, Bruno boasts a net worth of $130 million.