Cars have been around for close to 135 years since German inventor Karl Benz designed and patented his very own Benz Patent-Motorwagen. Over the years, the automobile industry has witnessed a tremendous surge in demand for cars. That demand has necessitated the manufacture of cars with varying specifications, depending on the specific tastes and preferences of car enthusiasts.

As the love affair for automobiles grows deeper, many parents have also adopted certain car names for their babies. Car-inspired baby names can be derived from car models, automobile manufacturers, or popular auto inventors and designers.

The following are some of the fanciest car-inspired names you can give to your baby. 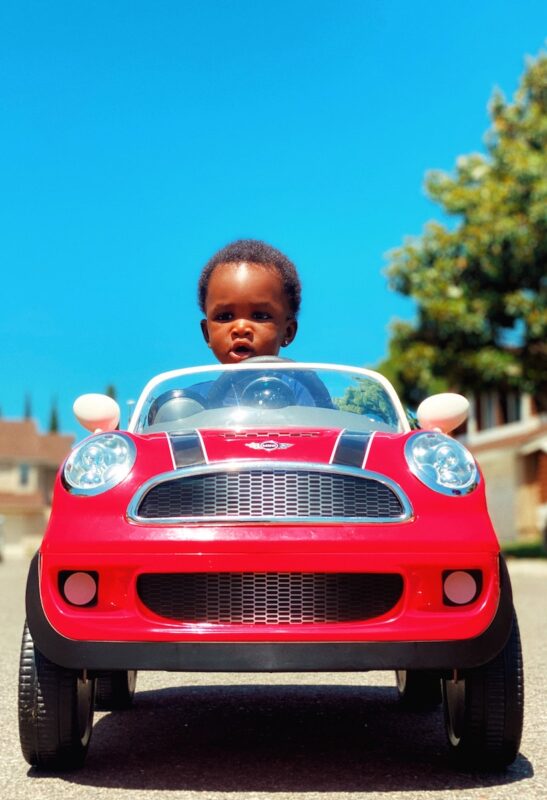 1. Allen – Inspired by the Allen automobile company that operated in Fostoria, Ohio from 1913 to 1921.
2. Aston – Inspired by the founder of Aston Martin.
3. Audi – Audi means ‘hear.’ The name comes from the August Horche Automobilewerke GmbH company, which was later changed to Audi due to trademark infringement.
4. Axle – A common component of most automobiles.
5. Baron – Inspired by a car from the 1930s, known as the Chrysler Imperial LeBaron.
6. Bentley – Based off the British luxury car manufacturer Bentley Motors Limited.
7. Chevy – Chevy is the short form for Chevrolet and the name is inspired by the Chevrolet Division of General Motors Company.
8. Cleo – A famous car model attributed to the French auto-designer, Renault.
9. Cooper – From the classic car Mini Cooper.
10. Dale – Inspired by the two-time NASCAR Busch Grand National Series champion.
11. Datsun – Inspired by the Nissan Datsun brand owned by Nissan.
12. Dayton – One of the most classic car-inspired boy names, Dayton comes from the Dayton Electric cars which were exceedingly popular between 1911 and 1915.
13. Enzo – Enzo is the name of the creator of the Ferrari model.
14. Fabia – A popular hatchback car model.
15. Jack – It may sound like the short form for Jackson. But in the context of cars, Jack is actually inspired by the famous automobile tool used for lifting cars off the ground.
16. Janson – Inspired by the Formula-1 car Jenson Button.
17. Jazz – From the Honda Jazz model.
18. Jeremy – Besides being a short form for the Biblical Jeremiah, Jeremy is also the name of Jeremy Clarkson who has authored numerous books on cars.
19. Jimmy – In the context of car-inspired baby names, Jimmy isn’t the fancier variation of James. Instead, it’s based off the now-discontinued GM’s SUV car lineup.
20. Karl – Inspired by the German inventor, Karl Benz, who’s believed to have invented the modern car.
21. Malcolm – Based off the Malcolm Jones car model.
22. Mark – If you don’t find the symbolism of the Biblical Mark inspiring enough, you can name your boy Mark after the Lincoln Mark Series.
23. Martin – Inspired by the Aston Martin luxury car brand.
24. Owen – Related to the Owen Magnetic Motor Cat Company.
25. Pierce – The name is inspired by the Pierce-Arrow Moto Company that was popular between 1901 and 1938.
26. Porsche – Inspired by the sporty car model, Porsche.
27. Ranger – From the mini truck car model.
28. Richard – Inspired by the name of the 7-time winner of the Daytona 500.
29. Romeo – Based off an Italian automobile manufacturer.
30. Rory – Rory is a car that was popularized by the Roary the Racing Car show.
31. Ross – Based on the steam car designed by Louis S. Ross.
32. Rover – Based off the British automobile manufacturer, Rover Company Limited.
33. Royce – Inspired by the famous luxury car brand, Rolls Royce.
34. Ryker – Related to the Riker Electronic Vehicle Company.
35. Stanley – Related to the Stanley Motor Carriage Company.
36. Subaru – The name is inspired by the automobile manufacturing division of Subaru Corporation.
37. Tesla – Based on the American multinational corporation that manufacturers technologically-intelligent cars.
38. Veyron – Inspired by the Volkswagen Bugatti Veyron model.
39. Vin – This isn’t a short-from for Vincent. Instead, it stands for Vehicle Identification Number.
40. Zephyr – A car model that was exceedingly popular in the mid-1930s. 1. Acadia – A crossover car by General Motors Company.
2. Alantra – Based off the Hyundai Elantra car.
3. Aria – Powered by India’s diesel SUV, Tata Aria.
4. Ariel – A name based off Ariel Atom, the high-performance sports designed by Ariel Motor Company.
5. Aspen – The luxury SUV manufactured by the Chrysler brand.
6. Auburn – A once famous American automobile industry that was operational between 1900 and 1936.
7. Audi – Audi is a great name for both boys and girls. In girls, it can be a fancier variant of Audrey. The name is also inspired by the luxury German automobile brand.
8. Aurelia – A car model by the Italian automobile manufacturer, Lancia.
9. Avanti – Based off the high-performance sports car by Studebaker.
10. Beretta – Chevrolet Beretta was an exceedingly popular car by Chevrolet between 1987 and 1996.
11. Camry – The name is powered by a mid-sized Toyota car.
12. Caprice – A model by both Holden and Chevrolet car manufacturers.
13. Catalina – A hardtop coupe car that was designed between 1850 and 1981.
14. Cavalier – The name of a Chevrolet car.
15. Cheyenne – Another cool name inspired by a Chevrolet car.
16. Christine – Powered by the Christine Direct Action Motor Company (1904 – 1910).
17. Dakota – Dodge Dakota is a mid-sized pickup truck by Chrysler.
18. Danica – The American race car driver who’s best known for winning the IndyCar race and setting the record as the first woman to achieve that feat.
19. Dorris – Powered by the Dorris Motor Car Company (1906 – 1925).
20. Elise – Inspired by the sassy sports car, Lotus Elise.
21. Holly – The cuter variation of Holley, which is inspired by the Holley Motor Car Company.
22. Infiniti – The luxury model by Nissan.
23. Janet – The first woman ever to drive in the Daytona and Indianapolis car race.
24. Jetta – Powered by a Volkswagen car.
25. Katherine – The famous British driver who has competed in Formula One and Grand Prix races.
26. Kia – Based off the Korean-based auto manufacturer Kia Motors Corporation.
27. Lancia – Lancia is a famous Italian car manufacturer.
28. Laura – Powered by the famous Skoda model.
29. Liana – Inspired by Suzuki Liana.
30. Liz – In the context of cars, Liz isn’t the cooler variant of Elizabeth, but a famous racer that computes in GT endurance as well as Sportscar racing championships.
31. Lotus – Inspired by the automobile manufactured by the same name.
32. Mercedes – Mercedes is a popular Spanish name that means ‘gracious gift.’ It also happens to be inspired by the German car manufacturer, Mercedes Benz. When choosing this name for your baby girl, just ensure you don’t add the word ‘Benz,’ as that’s quite masculine.
33. Milka – The popular Venezuelan racer who set the female record for the highest finish in the 24 Hours of Daytona.
34. Savana – A car by the General Motors Company.
35. Shelby – A high-performance sports car designed with a Ford V8 engine.
36. Sienna – Based off Toyota Sienna.
37. Stella – Inspired by the world’s first solar-powered family car.
38. Verona – Inspired by the Suzuki Verona model.
39. Victoria – Ford Crown Victoria was a full-size sedan manufactured by Ford until September 15, 2011.
40. Zoe – Based off Renault Zoe, a supermini electric car by French automobile manufacturer, Renault. 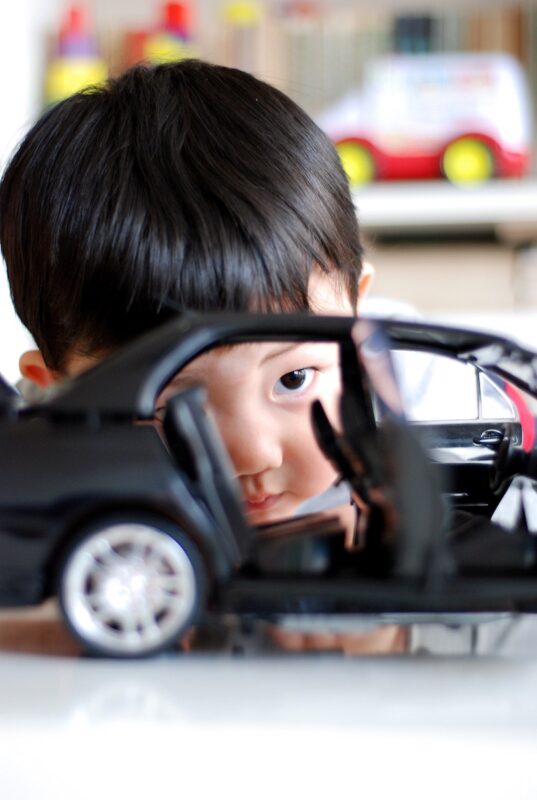 Whichever way you look at it, car-inspired names are some of the cutest names you can ever give to your baby. The list above includes some classic as well as contemporary car names which your kiddo will surely love.