Felis catus, or the domestic cat, is one of the most enigmatic pet animals in the world.

Cats are best known for their curiosity, which unfortunately often lands them in trouble. These cute, little furballs are also famous for their insatiable appetite for self-grooming. Coupled with their laid-back attitude and charming temperament, it’s clear to see why cats are ranked alongside dogs as the two most popular pets in the world.

But while humans have domesticated cats for thousands of years, there’s a whole lot to learn about these animals. For instance, did you know that a cat can jump up to five times its own body height? Or that one of the world’s most therapeutic herbs is named after the cat?

Well, these are some of the mind-blowing facts about cats that we’ll highlight throughout this article. 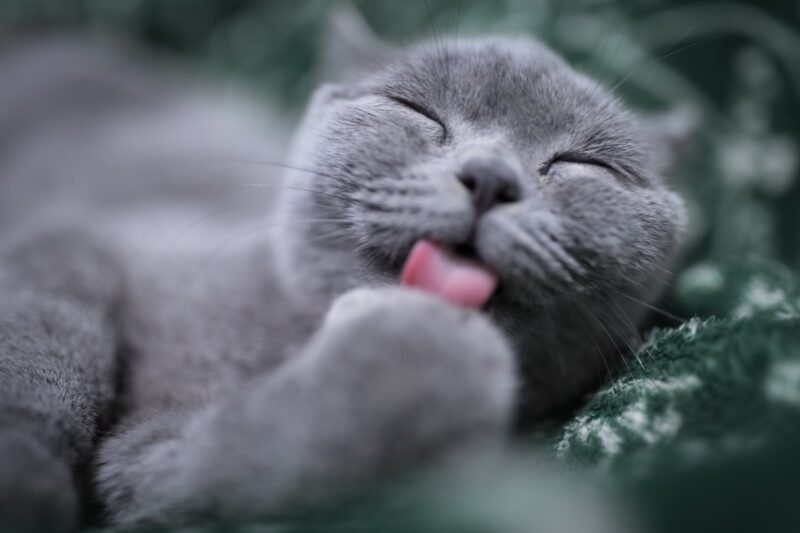 1. A male cat is called a tom or tomcat (or a gib if he’s neutered), whereas a female cat is known as a queen or a molly.
2. A group of cats is referred to as a glaring or clowder.
3. A group of kittens born in the same litter is called a kindle.
4. A cat fancier is known as an ailurophile, whereas ailurophobe is a person who hates or fears cats.
5. Male cats have barbed penises, which makes sex painful for the lady cat.
6. The oldest known cat existed some 9,500 years ago. That’s according to archaeological evidence discovered in Cyprus graves in 2004 by French researchers.
7. Cats sleep 2/3 of their day and spend 1/3 of their waking hours grooming themselves. 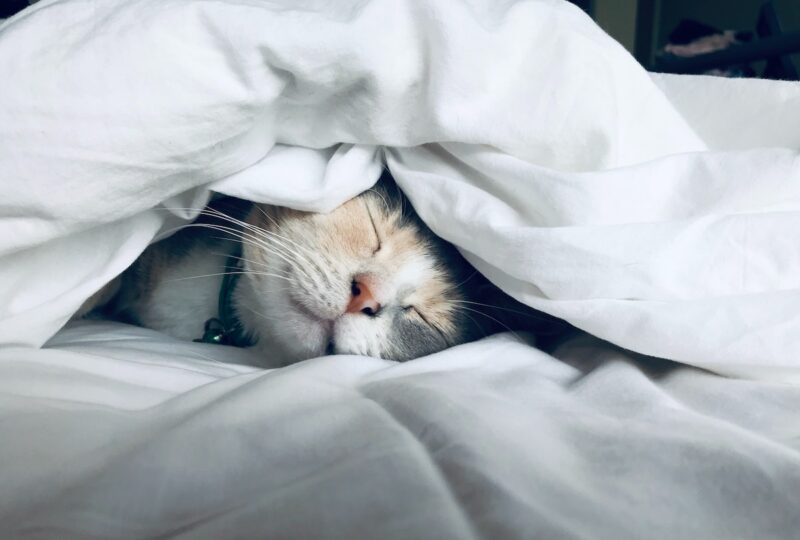 8. The longest-living cat lived for 38 years and 3 days. The cat belonged to the late Creme Puff of Austin, Texas.
9. The world’s longest cat was a Maine Coon named Stewie. He measured 48.5 inches.
10. The world’s tallest cat was called Arcturus. The F2B Savannah cat stood at 19.05 inches tall.
11. An orange tubby cat known as Stubbs was the Mayor of Talkeetna, a small town in Alaska for 20 years. Stubbs was re-elected to office in numerous uncontested elections.
12. The richest cat in the world was known as Blackie and he was worth £7 million, or about USD $9.6 million. Apparently, Blackie’s owner didn’t recognize his family in his will. Instead, he gave his entire 7-million-pound fortune to the cat.
13. The first cat to go to space was called Felicette or Astrocat, and he completed that feat on October 18 1963. To date, Felicette remains the only cat ever to have gone to space.
14. Scientist Isaac Newton invented the first cat door. 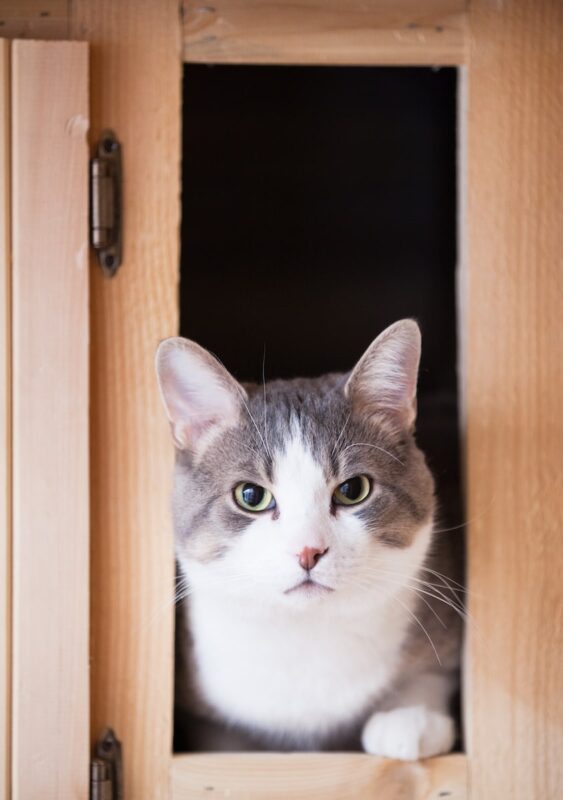 15. Many historical figures adored cats, including Mark Twain, Abraham Lincoln, Pope Paul II, and Florence Nightingale.
16. The first cat show was held in 1871 in London.
17. A cat’s sense of hearing is more than five times better than a human’s.
18. A cat can rotate his ears 180 degrees.
19. A cat cannot see directly under his nose.
20. Cats are unable to taste sweet foods, thanks to a mutation in a taste receptor.
21. Cats are lactose intolerant. Although they’re born with lactase (the enzyme that digests lactose), cats gradually lose their ability to process lactose-rich foods.
22. Catnip is actually a herb and not a commercial cat product as some people often believe. Also known as catmint, catwort, or catswort, catnip is said to activate ‘feel-good’ neurotransmitters in cats. When sniffed or nibbled, the herb can lull a cat into a trance.
23. Cats can jump up to five times higher than their body height. 24. The housecat can achieve speeds of 30 mph, which is enough to beat Usain Bolt in a short sprint.
25. Some cats have six toes.
26. Like humans, cats can be right-handed or left-handed. Well, in this case, right-pawed or left-pawed. Male cats tend to be left-pawed, whereas female cats are usually right-pawed. Interestingly, most left-handed humans also happen to be males.
27. Cats are way more vocal than dogs. They can make up to 100 different sounds, as opposed to dogs that can only make about 10.
28. Mature cats only use meows to talk to humans.
29. A cat’s purr has self-healing properties. That’s because cats purr at a frequency between 25 and 150 Hertz, which is the same frequency at which bones and muscles repair themselves.
30. The loudest purr ever given by a cat was 67.8 db (A), more than twice the volume of regular cat purr which is around 25 db. The record is held by a cat from Torquay, UK, named Merlin.
31. A purr doesn’t just imply happiness. Cats also purr when they’re stressed, anxious, hurt, sick, or giving birth. 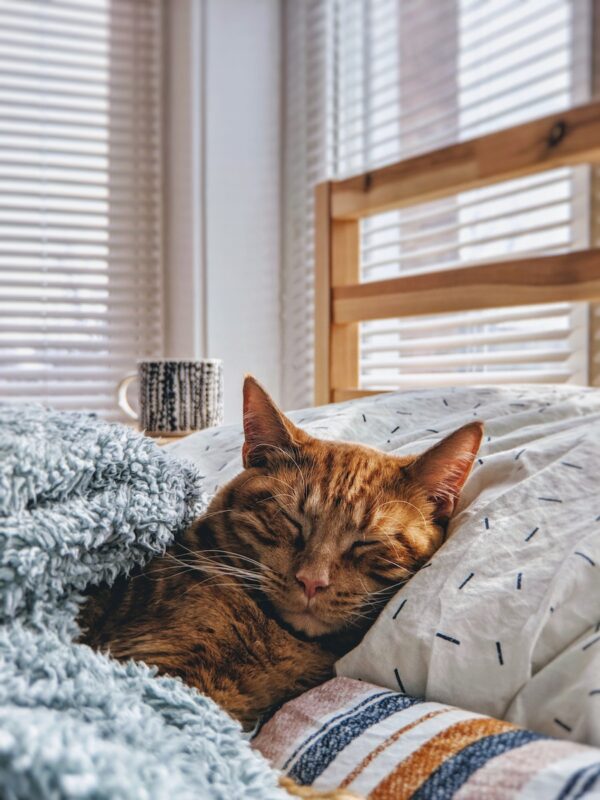 32. A domestic cat’s brain is closely related to a human brain, especially in terms of processing emotions.
33. Housecats share over 95% of their genetic makeup and behaviors with tigers.
34. Cats walk like camels and giraffes. Their walking sequence includes the right feet first, followed by both left feet. That implies that a cat moves half of his body forward at once.
35. The first year of a cat’s life is equal to about the first 15 years of a human’s life. After the second year, a cat is about 25 in human years. After that, each year a cat adds equals about 7 human years.
36. Cats have survived falls from over 65 feet, thanks to their incredible sense of balance which allows them to right their bodies mid-air and land on their feet. However, cats don’t always land on their feet.
37. Cats with black fur are considered bad luck in some cultures…but it’s purely a myth.
38. The largest cat breed is Ragdoll. Males can weigh as much as 20 pounds and females up to 15 pounds.
39. The most followed cat on social media is called Nala. Nala has over 4 million Instagram followers.
40. Owning a cat has been scientifically-proven to be beneficial for your health. 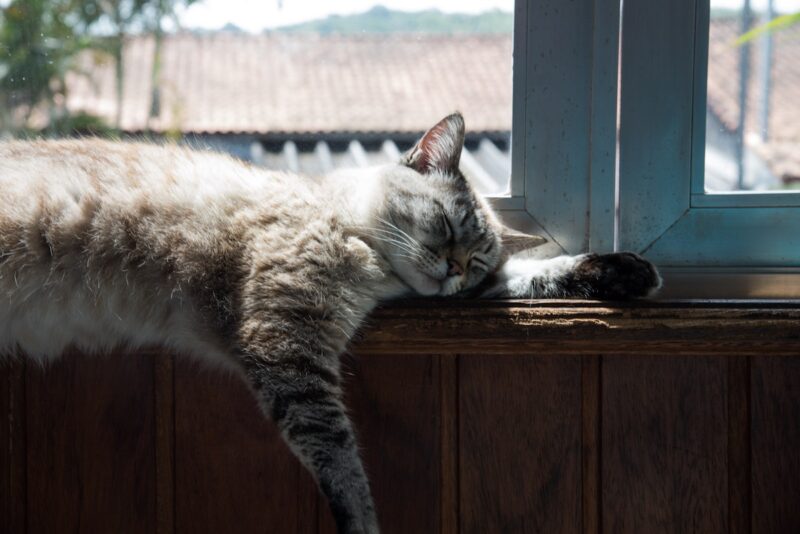 Having gone through our comprehensive list of fun facts about cats, we hope that you now understand more about these animals than you did before. Regardless of their mysterious nature, cats remain the favorite pet for millions of people around the world.