When watching a professional baker on television, it can be easy to believe that they were just born with a special gift for creating tasty and visually appealing desserts and pastries.

What we don’t see is the hundreds or even thousands of hours of practice and failed kitchen experiments.

Our conversation with pastry chef and baker Laure Larrose taught us a lot about what it takes to become a professional. Specifically, it’s a lot more work than you might think. Talent is a factor, sure, but it’s really only a starting point.

Finding your way into such a competitive and wildly creative industry takes many years and consistent hard work.

We hope you enjoy our interview with Larrose, in which she walked us through her international career and what it took to become a successful culinary talent.

InspirationFeed (IF): What was it like moving to London? Was the experience surprising in any way?

Laure Larrose (LL): London has turned out to be one of the most important moves in my career. I grew up in a small village in France and then suddenly I was in London. At the time it was one of the capitals of fine dining with Gordon Ramsay, Marco Pierre White, Joel Robuchon, Jamie Oliver, all the big names in gastronomy were there.

I was lucky enough to be able to work for Alan Yau OBE, the famous British restaurateur, in his Michelin star restaurants.  In one of them, Yauatcha, several of the walls act as an aquarium, with tropical fish inside. The experience was really eye-opening in terms of what was possible if I worked hard enough.

IF: While working in Canada, you helped win several awards. What was it like to be recognized for your work? 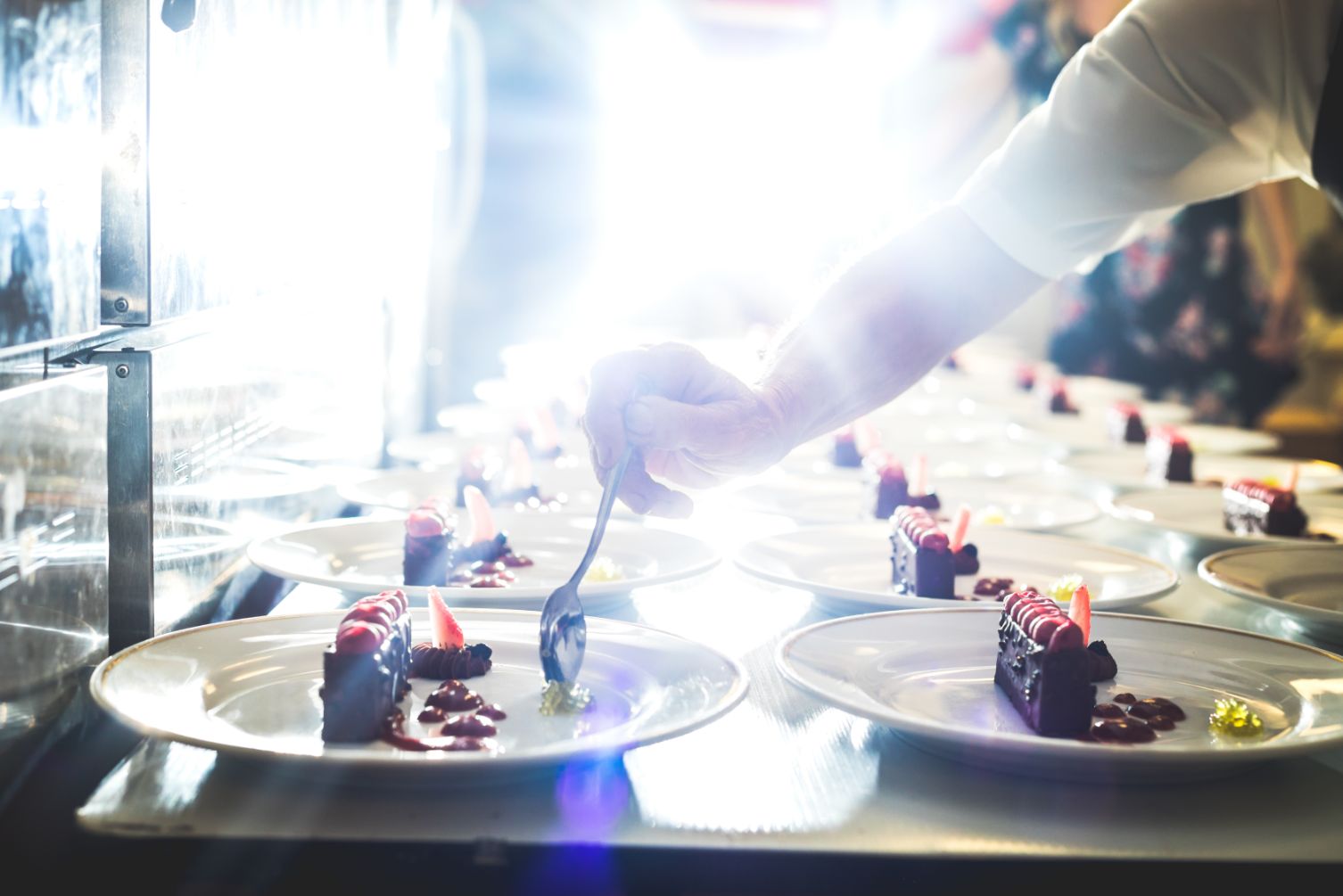 LL: It was thrilling and at the same time a great relief to know that all the efforts and the hours of work were not for nothing. To know that your work is appreciated by your peers and the guests gives you the will to continue.

After winning these awards, we were able to create original desserts with uncommon flavors, as the guests trusted us more than ever. It really helped us furthered the development of the brand.

IF: What prompted your relocation to the United States?

LL: After spending 8 years in Canada and building the Nadege brand from the ground up to five shops and a commissary kitchen, I felt that I was ready for a new challenge.

Related  Why Do We Fall in Love? (The Science of Love)

Baking in New York City has always been a big dream for me, both personally and professionally. I was looking for a place that was constantly evolving and expanding, and I have found it.

IF: What have you enjoyed most about getting to work in many different countries? Has it been a learning experience? 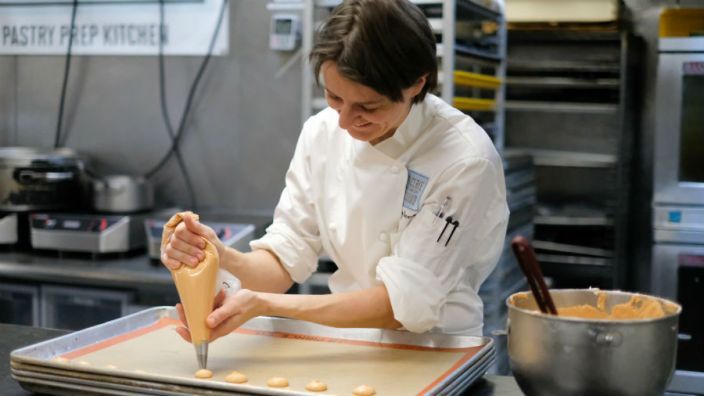 LL: Personally I have always been curious about different cultures and working in multicultural cities like London and Toronto has been a learning experience for me. It has taught me to keep an open mind about everyone. I have learned that a different upbringing may mean a different mindset, but there’s so much to learn.

It brings a lot of challenges to relocate to a new country where everything is new, and thriving in a new city is the most rewarding aspect.

Professionally I am able to learn from Chefs from all over the world. I have learned techniques and processes that I did not see in France including mixes of flavors and exotic foods that are available only in cities where every type of food is represented. It’s a constant learning process.

IF: As a culinary professional, how do you create innovative, exciting pastries that also pay respect to more traditional pastries and techniques?

LL: The creative process is always a team effort. We have a team with a lot of different work experiences so we all share ideas about what we have seen and tasted. We test different ideas until the pastry is perfect.

We keep ourselves up to date with recent innovations in the culinary world but we keep the taste of the pastries more traditional. We want to make sure that the guests are enjoying the dessert, so it has to be comforting with just a little twist of modern.

IF: What do you feel is your greatest strength as a culinary professional?

LL: My greatest strength is my strong will. I have failed many times but always have the mindset to continue, to learn, and to grow from my mistakes. This is a necessity when you are a Chef.

I’ve also had the chance in my career to work with people who empowered me, who supported me when things got tough. It is a trait that I am trying to teach to the younger cooks I work with.

IF: Tell us about one of the defining moments of your culinary career. What made that moment so important? 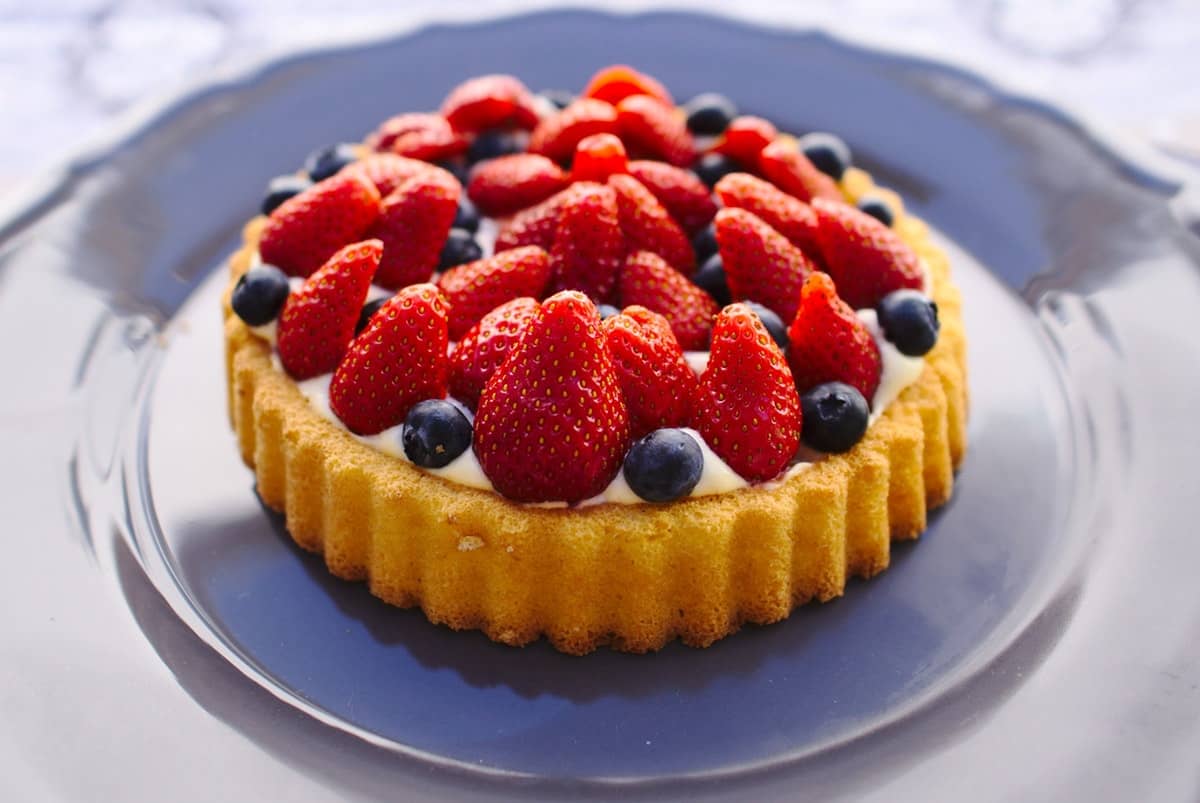 LL: It was in London when Chef Nadege Nourian asked me to help open her shop in Canada. I was the youngest on the team and the last one to arrive but she trusted me and made me believe in myself. That day helped me realize that I was able to do more and to have more ambitious career goals.

IF: Can you share with us some of the best advice you’ve received during your career?

LL: The best advice is to not settle for anything less than what you want. It requires a very strong commitment as the competition is fierce. You need to surround yourself with like-minded people who are going to push you further.

It’s challenging, but the rewards are worth it. Reaching your personal best is the greatest feeling.

Dom Winston is a writer and editor who enjoys exploring artistry in its many forms. Dom travels extensively to highlight as many artists and perspectives as possible. He has bylines in major music and fine art publications since 1999. Originally from Chicago, he is now based in Northern California, where he lives with his two unruly French Bulldogs, Sasha and Albert.