Who Is Chris Brown

Chris Brown is an American singer, songwriter, actor, and dancer who has been popular since 2005. Chris has broken numerous records as an artist. After signing in with Jive Records in 2004, the singer-songwriter released his first studio album.

The following year, the Record Industry Association of America (RIAA) certified the song a double platinum. His first single, titled Run It! topped the Billboard Hot 100, becoming the first debut single by a young male artist to top the chart since 1997.

Chris Brown has also had a fairly dramatic life. The rapper and R & B singer is famous for his penchant for controversies and scandals, some of which have threatened his career.

He is known for his long-running feuds with fellow musicians, as well as his incessant drama with his baby momma. Chris Brown has also found himself on the wrong side of the law a couple of times.

He has faced felony charges on multiple counts, most of which he pleaded guilty to. One of those is an assault charge pressed by his former girlfriend, Rihanna. In January 2019, he was arrested in Rome on rape accusations.

But in spite of his drama-filled life, Chris Brown remains one of the most talented singer-songwriters, and that’s something we cannot take from him. 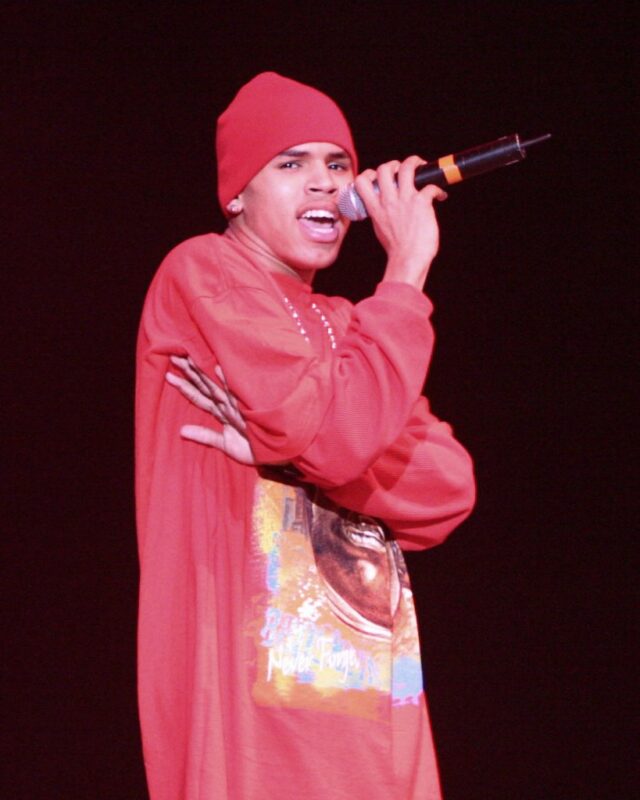 Chris Brown was born on May 5, 1989 in Tappahannock, Virginia, to Clinton Brown and Joyce Hawkins. His father was a corrections officer while his mother was a daycare center director.

Chris Brown took an avid interest in music right from his childhood years. As a young boy, Chris spent much of his time listening to the soul albums owned by his dad. As time went by, he started to gravitate towards hip-hop. The young Chris became an active member of his church choir, and performed at numerous local talent shows.

Besides singing, Chris Brown discovered yet another talent – dancing. He has often cited Michael Jackson as one of his inspirations. However, his dance moves are more closely related to Usher’s.

Chris continued putting up excellent performances, and was discovered by Tina Davis, who was then working for Def Jam Recordings. In 2005, Chris Brown released his debut album. The self-titled album was well-received, and singles like Run It!, Yo (Excuse Me Miss), and Gimme That ranked significantly high up on the charts.

The following are some of Chris Brown’s most successful tracks:

As of July 1st, 2021, Chris Brown’s net worth was an estimated $60 million. The singer makes much of his money through album sales and world tours.

His most successful albums include:
• Chris Brown
• Exclusive
• A.M.E
• X
Collaborations, endorsement deals, and investments have also contributed to Chris Brown’s net worth. The singer-songwriter has a clothing line that he launched in 2012, known as Black Pyramid. Black Pyramid is a joint venture between him and the Pink + Dolphin clothing line founders.

Chris has also confirmed in numerous interviews that he owns up to 14 Burger King restaurants. Not to mention, his record label known as CBE (Chris Brown Entertainment).

Presently, Chris Brown lives in an 8,000 square foot mansion in Tarzana, California, a home that he purchased at a cost of $4.35 million.

Christ Brown, like many successful musicians, built his music career from the ground up. But things were not particularly rosy for him.

His parents divorced around the time the young Chris became serious about pursuing his singing and dancing passions. And though he received significant support from his mom, his violent step-dad wasn’t very supportive.

Chris Brown also reminds us about the importance of putting family first. Chris understands that friends come and go, but relatives stick with you through thick and thin. The artist has maintained a close and cordial relationship with his dad, mom, and sister.

It’s difficult to make meaningful progress if you choose to go it alone, and Chris Brown understands that all too well.

He has collaborated with some of the industry’s most successful musicians, from Lil Wayne to Busta Rhymes, T-Pain, to mention but a few.

Here are some quotes by Chris Brown:

“Follow your dreams, just make sure you have fun too.”

“Never assume you know what’s going on in someone’s life, unless you heard it straight from the source.”

“So please don’t judge me and I won’t judge you ’cause it could get ugly before it gets beautiful.”

Chris Brown’s career as a musician may be riddled with scandals and controversies. However, he’s more defined by his excellent singing and songwriting skills, charming persona, and resilience in the unpredictable music industry.