Coding is arguably one of the most resourceful skills that future recruiting companies will be looking out for in job candidates. So, if there was ever a right time to impart coding skills in your kids, now is that time.

Introducing your children to coding at a tender age is particularly useful for kids that end up selecting career paths in computer programming. And even if your child doesn’t wind up as a professional programmer, allowing them to learn coding will improve their employability.

However, like most computer-based skills, the coding concept is quite elusive for the average kid to grasp. And that fact alone makes most children shy away from it. Thankfully, there are scores of coding games that you can get for your cute, little ones and stir their interest in computer programming.

Coding games are an exciting way to impart coding skills in your children. With these games, your kids can enjoy the playtime as they seamlessly learn various computer programming skills.

Let’s review ten of the most effective and practical coding games for kids ever designed. Minecraft is one of the most popular coding games for kids, and there are chances that your kid has heard about it (if not already played it). Though Minecraft is typically popular as a game, your kid can also use it to make various games within the platform.

The fact that Minecraft allows players to experiment with building their unique games makes it all the more suitable for kids with an eye for computer programming. Another excellent feature of Minecraft is its incredible ease of use, which makes it ideal for beginners. The game is available on Windows, macOS, Android, iOS, and Linux. 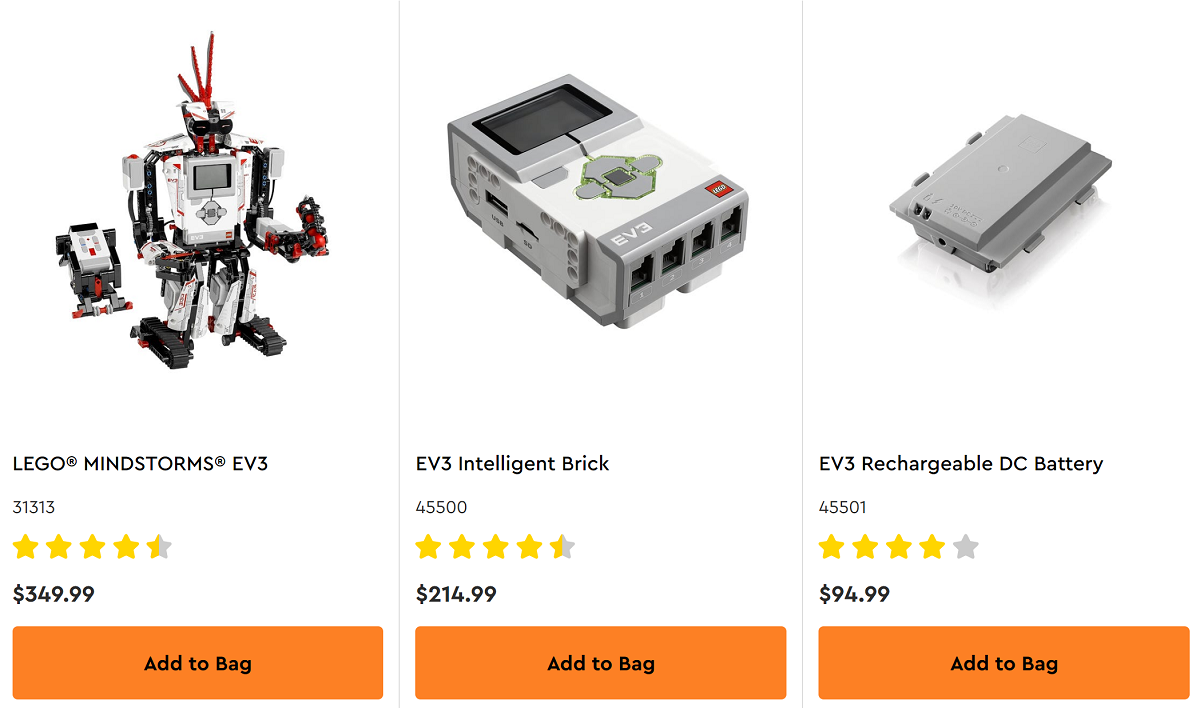 Like Minecraft, LEGO Mindstorms needs no introduction. The game allows your kid to make a functional robot using icon toy blocks and codes. Ever since LEGO Mindstorms was designed, the game has gone through numerous upgrades, all in a bid to make it more engaging and intuitive for kids.

Most of the improvements have been made on the kits. For instance, the new EV3 kits can be programmed without the need for a computer. All you require to build your robots is an EV3 Programmer app, and the app is available for both Android and iOS users. 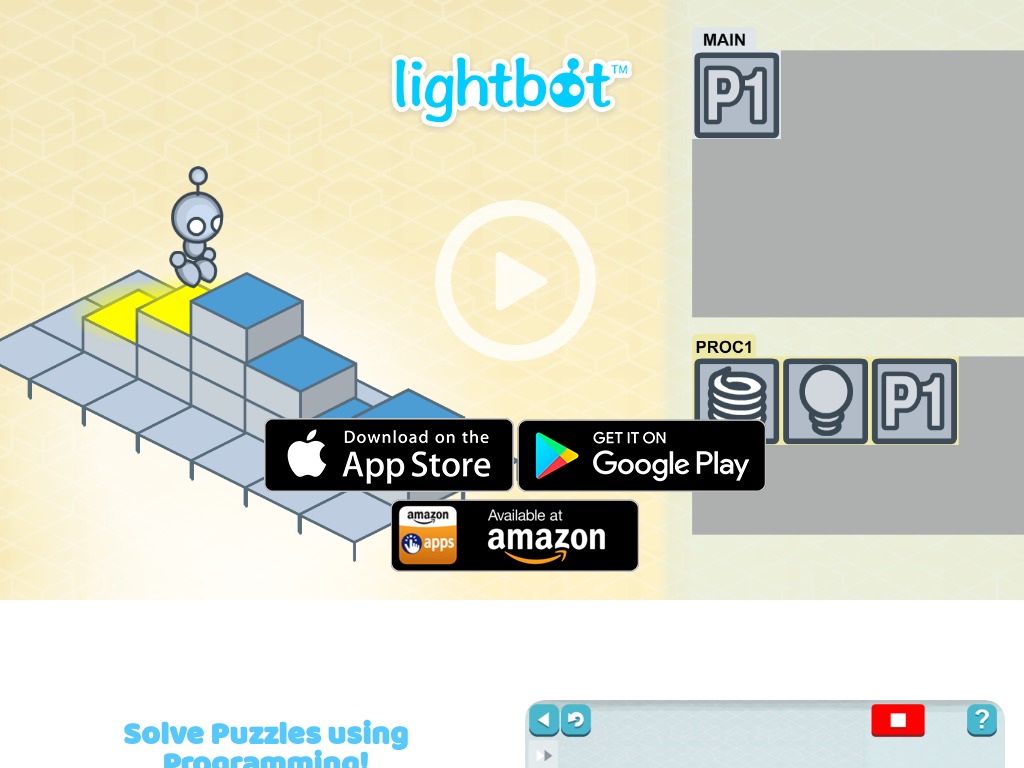 Lightbot may not rival Minecraft or LEGO Mindstorms in terms of popularity, but it has registered consistent downloads since it was developed. And that has a lot to do with the fact that this game teaches your kid coding without making the child actually realize that they’re learning.

Lightbot takes a rather unique approach when it comes to introducing kids to coding. Instead of focusing on the actual coding language, Lightbot teaches your kid various computer programming concepts. Examples of concepts your child will learn by playing Lightbot include sequencing, procedures, recursive loops, overloading, conditionals, to mention but a few. 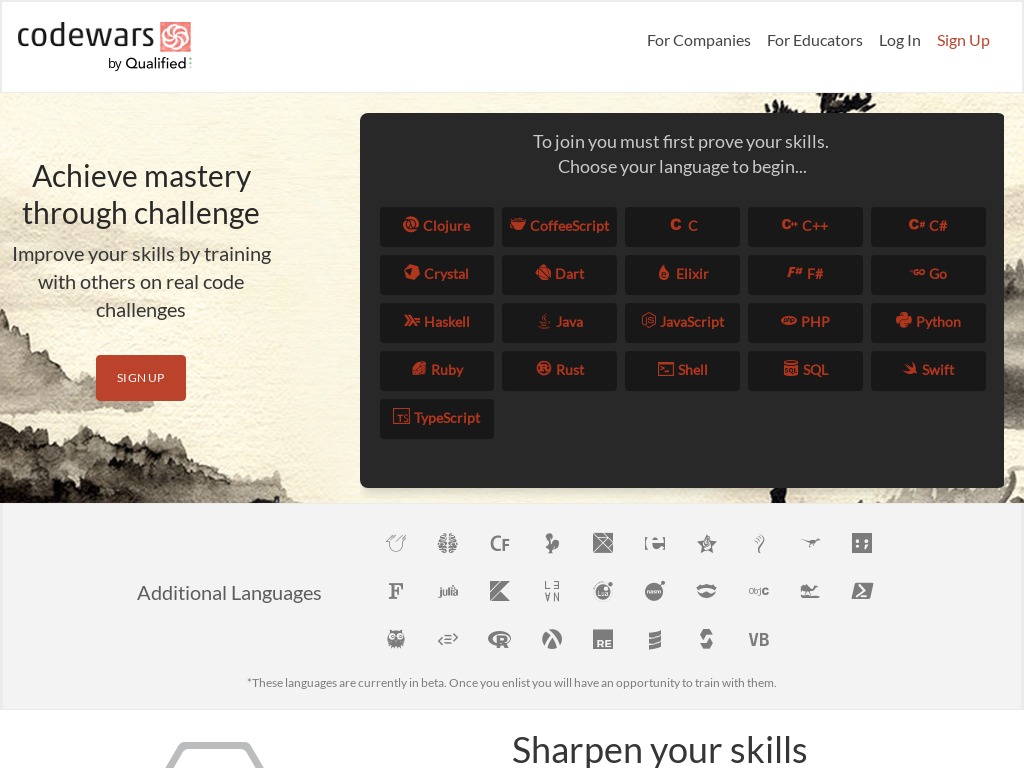 Codewars also has a library where learners can search for more resources that could be invaluable to their programming experience. In addition to the library, players have access to a community where they can post any queries and share their insights about the game. 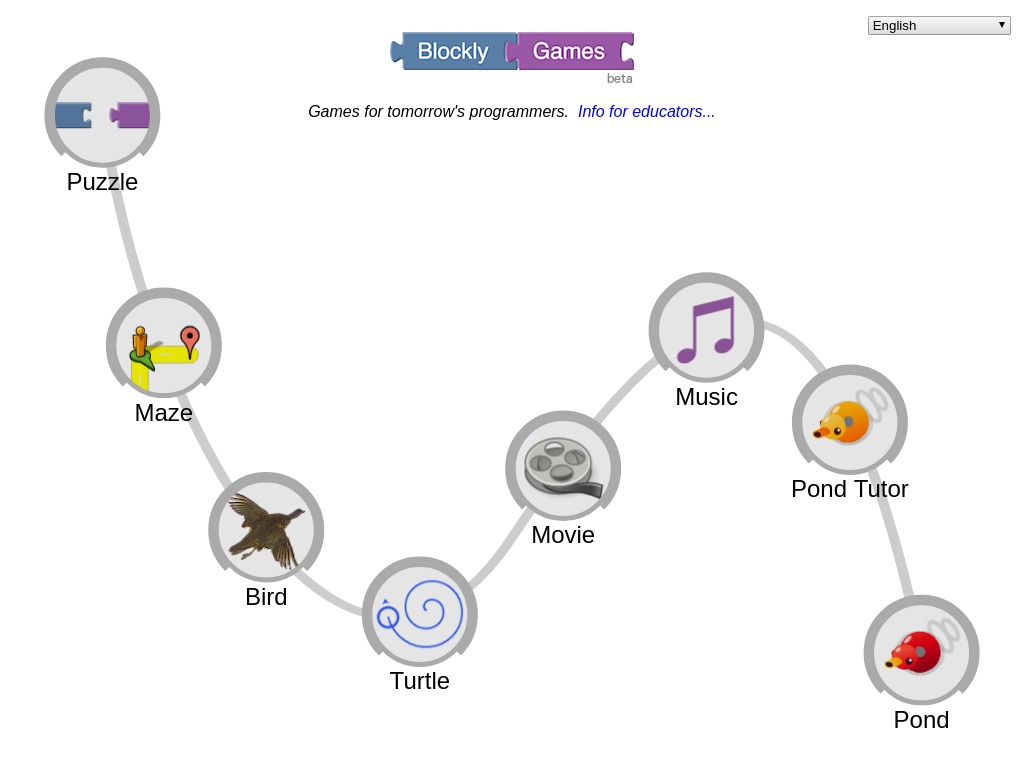 Blockly Games is a perfect recommendation for kids with zero background in computer programming. That means your child will learn everything there is to know about coding, right from the basics to the more intricate aspects of it. Instead of focusing on actual programming language, Blockly Games introduces your kid gradually to the basic concepts of coding.

As Blockly Games slowly introduces your kid to coding concepts, you must guide your child to approach the concepts in order. By the time your kid is done with the final programming concept in Blockly Games, you can go ahead and get them any other coding game on this list. 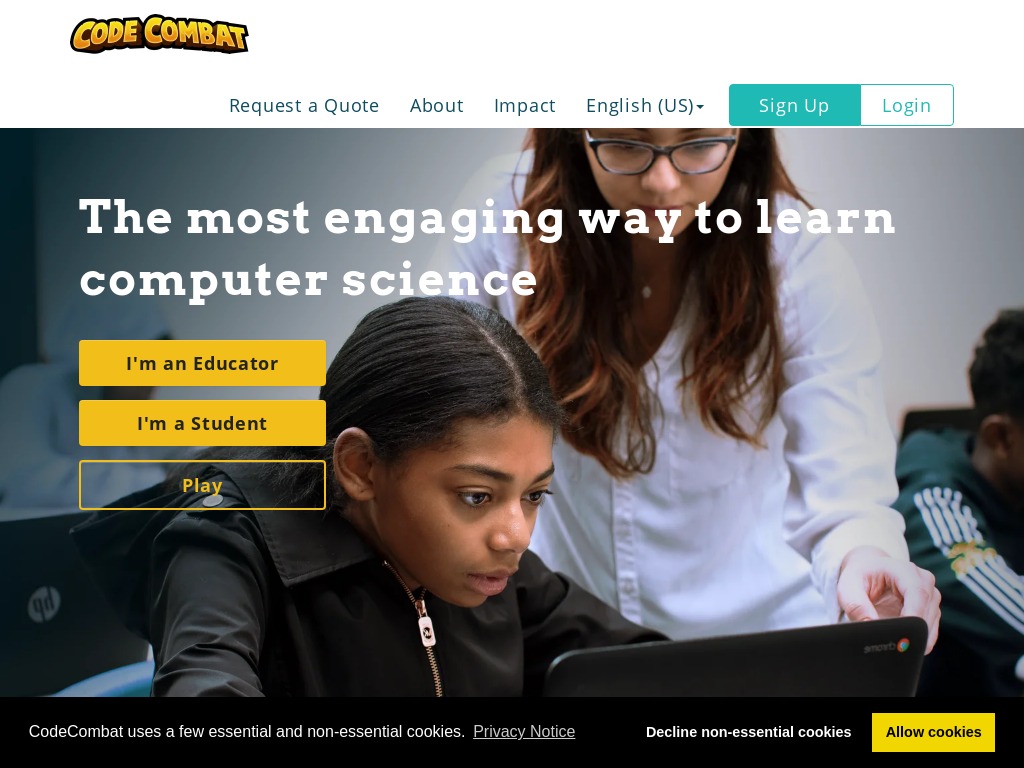 The objective of CodeCombat is to help your kid write a code with the intention of controlling a hero. The best thing to love about CodeCombat is that it’s a community project that’s designed to factor in the participation of teachers. Therefore, the game can serve as a perfect launchpad for kids who are trying to learn computer programming in schools. 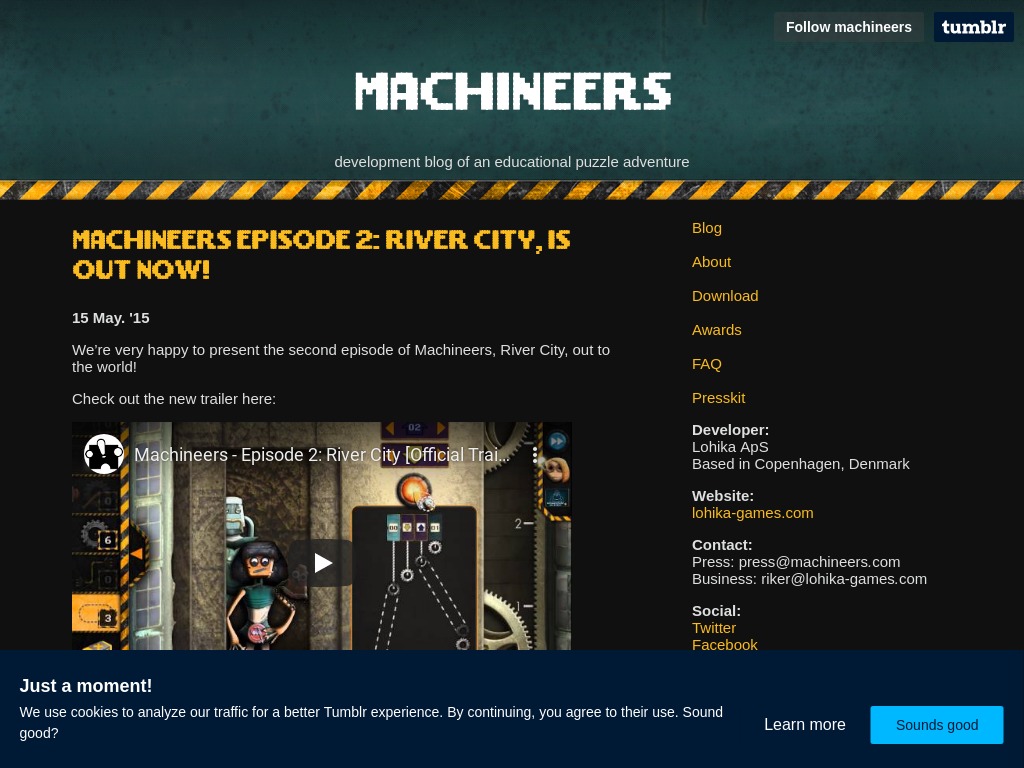 Machineers is described by its developers as “an educational puzzle adventure”, and the game attempts to live up to that reputation. Machineers not only seeks to teach your kid programming skills, but it has also been designed with fun and entertainment in mind. In the game, your child interacts with broken machines, then uses coding principles as well as a drag-and-drop functionality to fix the machines.

Machineers doesn’t use any real math or code, making it easy for most kids to grasp. Instead of complex coding language, the game teaches your kids logical thinking, creativity, and procedural literacy. It’s compatible with Windows, Linux, and macOS. 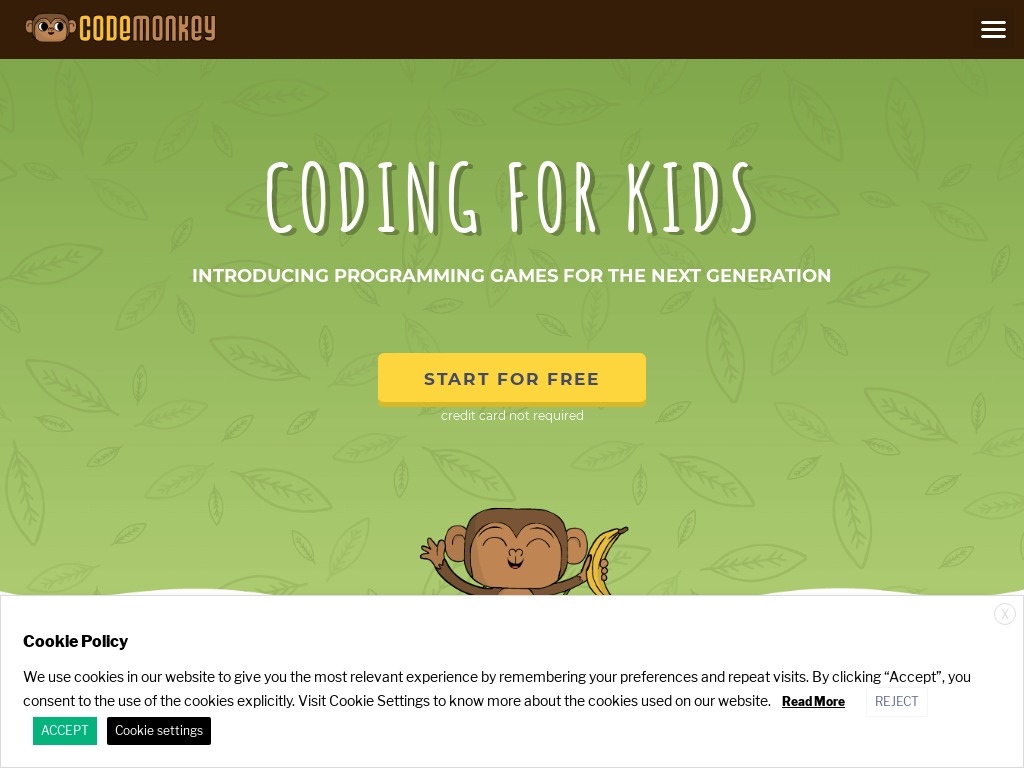 Realistic, intuitive, and user-friendly…these are some of the terms that aptly describe Code Monkey. Code Monkey doesn’t begin by bombarding your child with intricate coding language. Instead, the child starts easy by playing a game where they’re required to solve various challenges.

Code Monkey implements a text-based editor where the player must write a code as they solve the problems. The problems exist in the form of a monkey, from where the game gets its name. Players must help the monkey to overcome various obstacles, which include catching and collecting bananas. The fact that Code Monkey uses CoffeeScript, a simplified version of JavaScript, makes it great for new learners.

RoboZZle joins the list of the many coding games that don’t focus on teaching players the actual programming language. Here, your kid will be taken through all the basic programming concepts, where the successful completion of one concept improves a player’s chances of grasping the subsequent ones.

The objective of RoboZZle is to allow your kid to build a robot by programming steps. The game begins right from the basics and as it progresses, the child is introduced to more intricate coding concepts, such as recursion and subroutines. RoboZZle is easy to play, and the integration of player-submitted puzzles makes it all the more engaging. 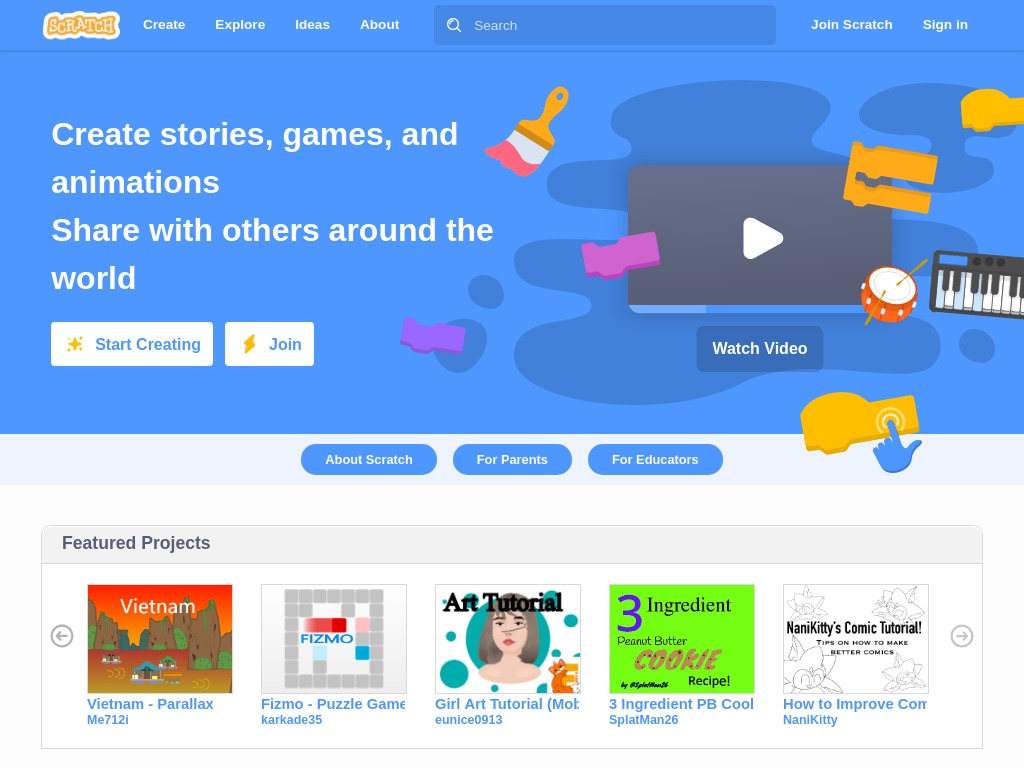 Scratch is one of the few coding games for kids that are recommended for players of all levels. In this game, your child is required to design various animations, games, and stories to test their programming skills. The player can then share their projects with others in the community for feedback.

Scratch also teaches kids skills in creativity and analytical thinking. As your child creates their animations, they can determine the right sound effects, user controls, and character art that goes with their project. To make your kids’ experience even more fulfilling, Scratch offers plenty of useful video tutorials and PDF guides on its platform.

Choosing a coding game for your kid isn’t a walk in the park. You want a game that will keep the kid stimulated while also letting their creative juices flow. Also, you require a coding game that’s easy to play, as well as one that takes your kid through computer programming one step at a time. If you’re in the market for such a game, you won’t go wrong with any of the ten games that we’ve reviewed here.