Innovation takes many forms starting with single or collective ideas and/or aspirations. Concept cars are the result of such ideas and aspirations. They form the basis for the next generation of body styles, interior design, luxury, safety, and many more factors for the future production cars.

Concept cars must be admired and of course constructively criticized. The latter often drives how the concept model becomes a production model to suit the ever developing car market and individual tastes.

Here are 20 concept cars for you to admire and/or criticize. Whatever our response, we have to admire and respect those who have had the vision to realize these designs. 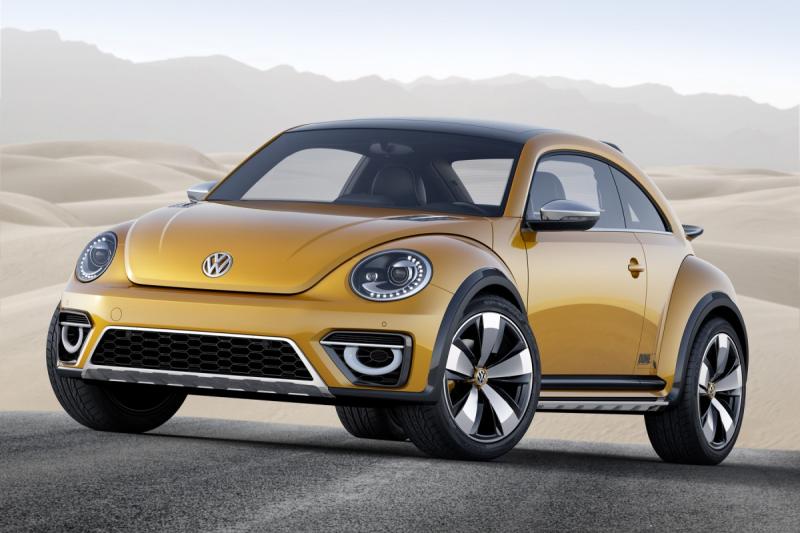 The Dune concept is not new for VW, it was first shown in 2000. This model looks rugged but at the same time its looks sleek, a ‘want to be seen in car’. The interior design radiates a bright glow from its vibrant colours. With its low-slung body, a smorgasbord and Beetle R Line engine, transmission, steering, and suspension technology surely this will turn heads. 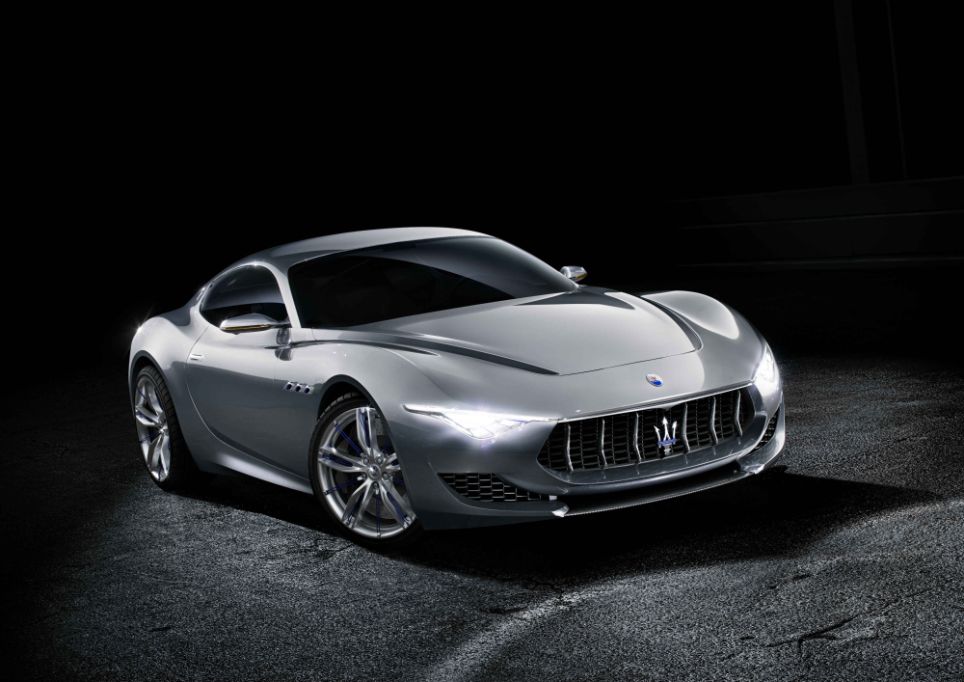 Described by Lorenzo Ramaciotti design director for the Fiat Group as ‘a transition point between 100 glorious years of history and the future’ this car symbolizes Masserati’s reputation.

This 2 door exudes that sporty excellence with an awe-inspiring curved shape body. The paint scheme named Steel Flair gives the body a silky look. It has all the features expected of Maserati and powered by a 4.7 litre V8 engine installed in the Maseratis GranTurismo 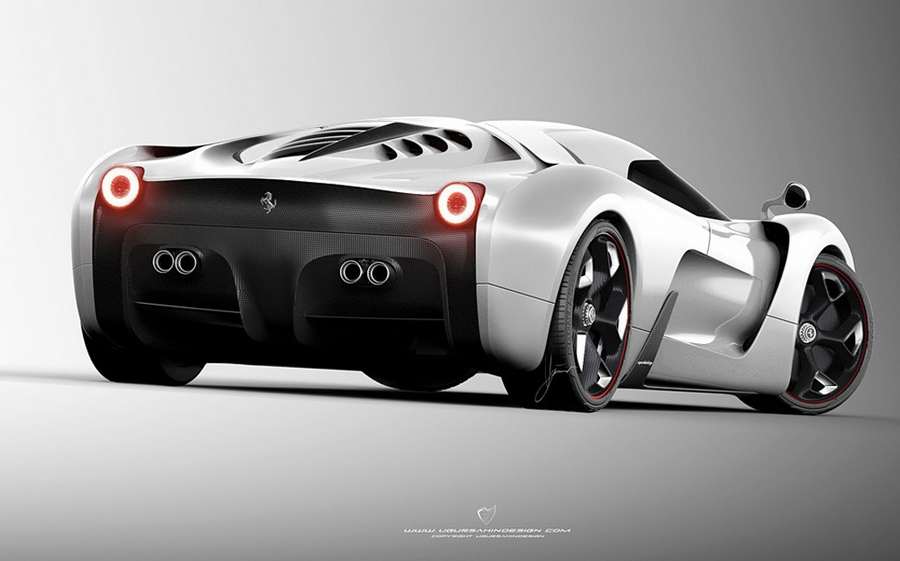 What a formidable beast this is. Designed by Ugur Sahin this car has obvious influences from Koenigsegg super cars and has Formula 1 aerodynamics invisibly written all over it. With a very low roof line, wrap around windscreen and unique front and rear panels it is a serious contender for limited production. 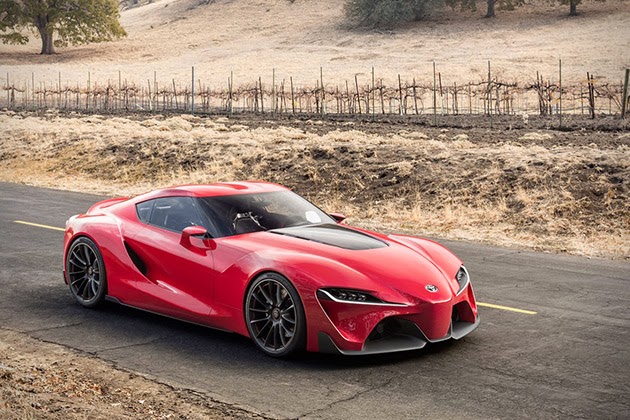 FT stands for Future Toyota and its body shape gives it the appearance of tremendous power and speed. The body comprises many parts made from carbon composite materials and has speed activated moveable rear spoilers. It has a colour Head Up Display mounted in front of a Formula 1 type steering wheel. There is not yet a definitive power and transmission system 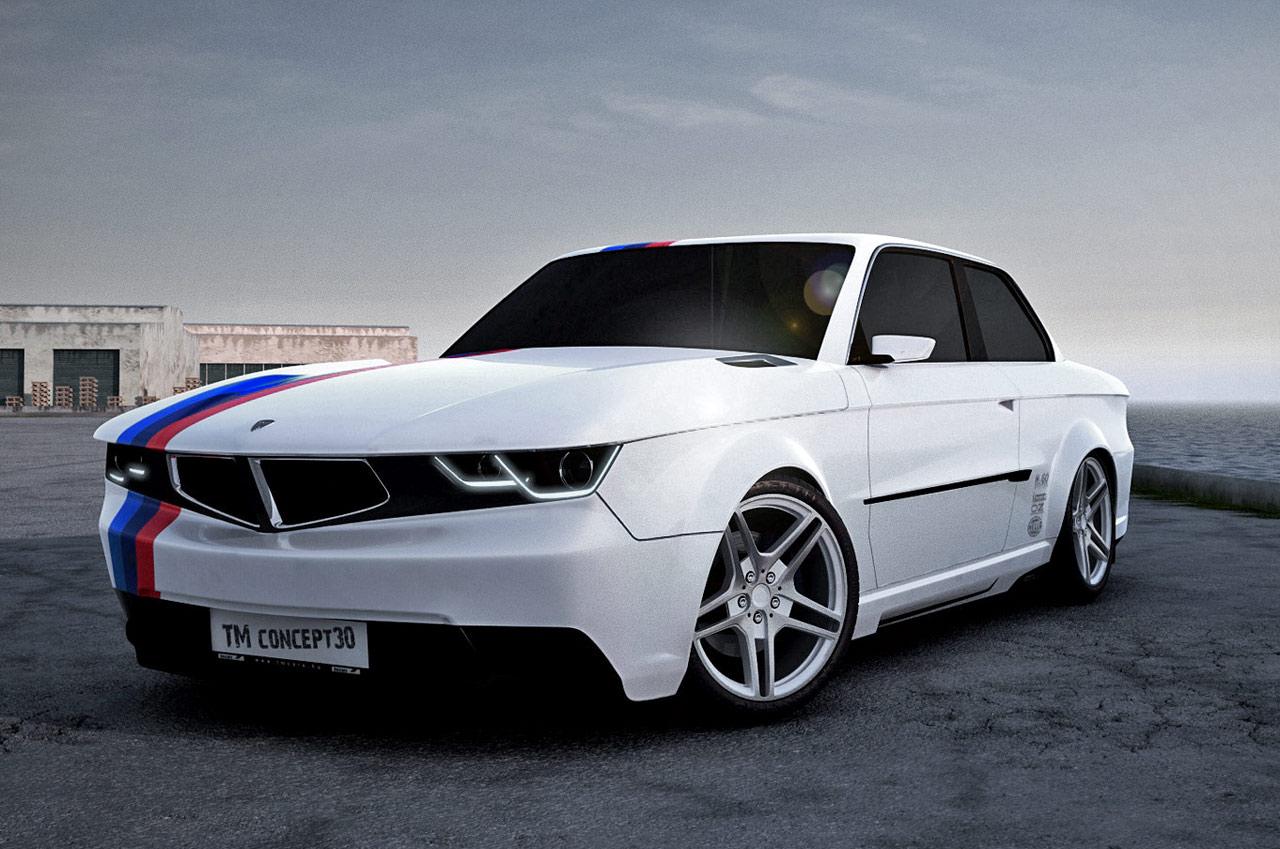 A stunning example of ‘Back to The Futute’ for the BMW E30 series by using the TM Concept 30 Kit. Although maintaining that overall E30 distinctive shape, the clever use of contours give it that futuristic look. Latest lighting technology captures your gaze. An icon in cars has been re-incarnated. 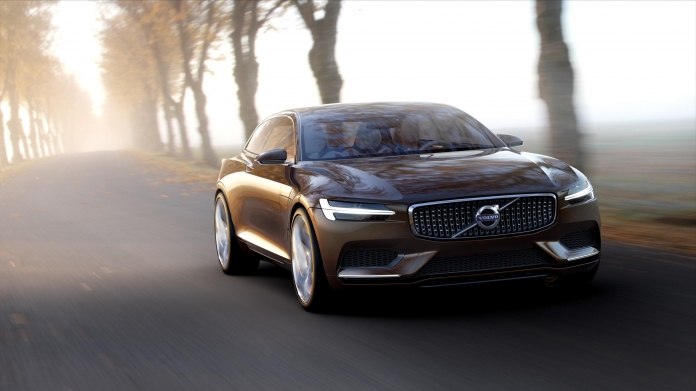 Scandinavian charm, innovation and vibrancy, all in one. With their already established technology Volvo has now embraced exclusive Swedish fashion to the interior design, brimming with colours. Many buttons and controls have been replaced by a touch screen display in the centre console often associated with modern aircraft. Sit inside, enjoy the ambience and feel like the captain. 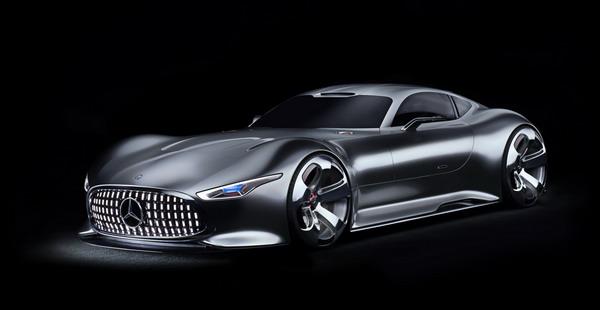 Take a Mercedes Benz AMG Vision GT and a Cigarette Racing 50 Vision and you have the perfect partnership. The Gran Turismo with its refinements to earlier Visions has an up rated 591 horsepower engine. Ride comfort has been slightly sacrificed for a more efficient transmission system. With the impressive Cigarette Racing 50′ Vision racing boat this couple will grace the most sophisticated of marinas. 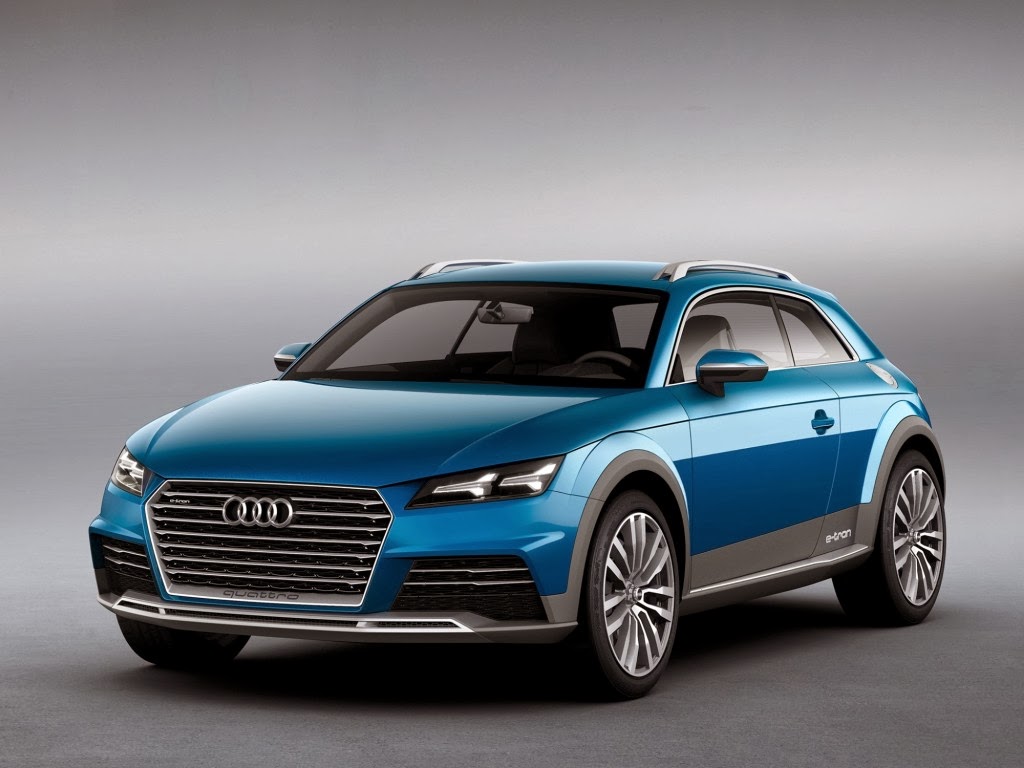 This compact two door shooting brake oozes Audi technology with a plug in Hybrid combined with Audis e-tron-Quattro. The Mutli Media Interface has also been updated and it has a energetic interior. Audi have introduced some more carbon fibre composite parts to body. Visually the body has a powerful appearance and with its technology should tackle any given terrain. 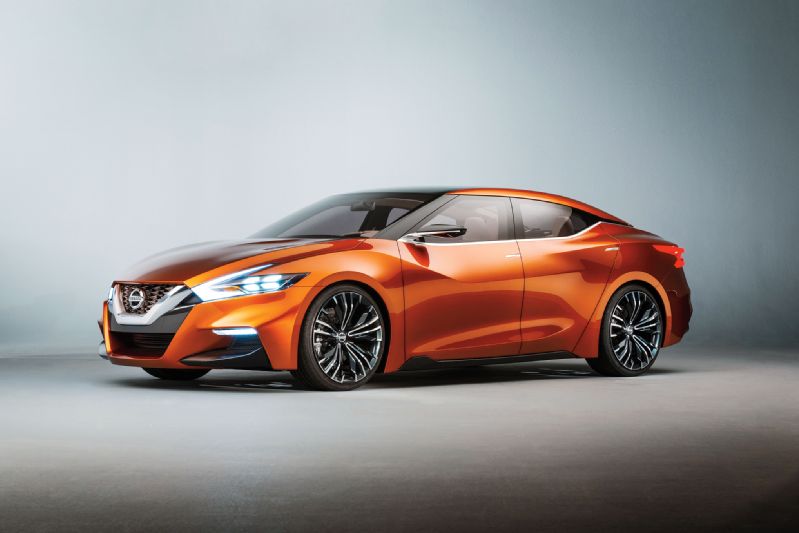 Nissan say this concept is the platform from which the next generation of Nissan designs will spring. Distinctive ridges are incorporated into the bodywork and it comes with a new V shaped chromed grille. This concept maintains the boomerang front and rear lights but more pronounced and with a more LEDs. With its 21 inch wheels and a 3.5-liter V6 engine it appears stylistic and has power. 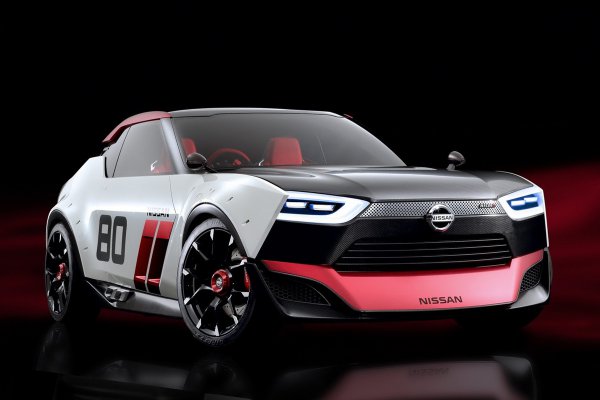 This car “talks” youth appeal with its sporty appearance and smooth lines even though it maintains Nissans basic box structure. The interior is colourful yet simplistic in instrumentation. Side exhausts add to that sporty appeal and the front and rear lighting give it that mean look. It should attract a lot of attention from potential young buyers with its1.6 turbo engine connected to a sportier Nissan CVT. 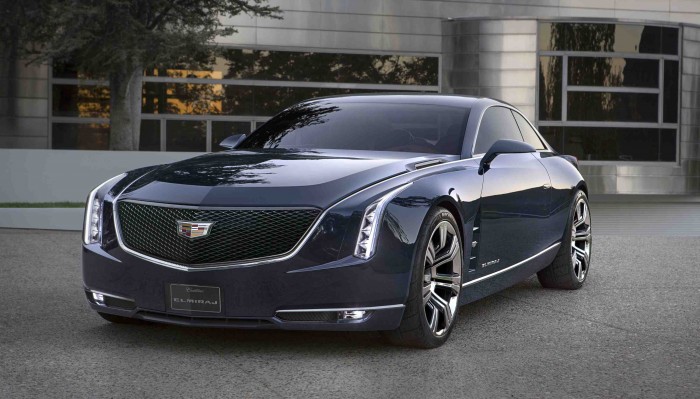 The name Elmirj is derived from the dry bed lake El Mirage in the Mojave Desert a place famous for straight line racing. This car certainly has the power for this with its 4.5-liter V-8 engine with twin turbochargers and a 500 horsepower rating.

The interior is donned with sumptuous camel-colored leather, hand-carved Brazilian rosewood and complimented by backlit titanium strips. Its body shape is a reminder of the 1967 Fleetwood Eldorado. 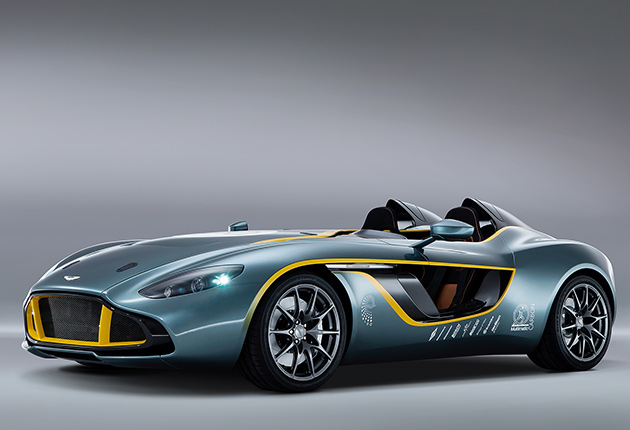 Think Aston Martin – cue racing (Le Mans) James Bond both fast, furious and stylish. Here is a concept that oozes all three with a definite trend towards the racing era. Considered to be a bespoke of stylish cars this Aston Martin concept uses the latest carbon fibre technology. Stand by for lift off with its 6.0 litre V12 engine. 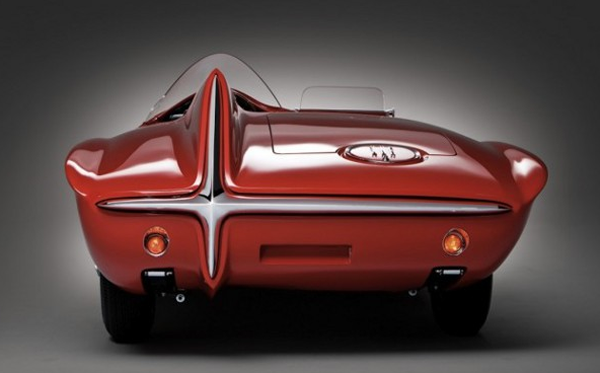 Fierce car manufacturing competition in the late 50’s gave birth to this classic asymmetrical sports car known affectionately as The Red Rooster. Radiating the 60’s era this car has a Valiant’s 225 Slant Six engine producing 250 horsepower and has reached over 150 mph. It has a fibre glass nose cone new for its time and although it can seat two, it is really suited for the lone racer. Unfortunately it never went into production. 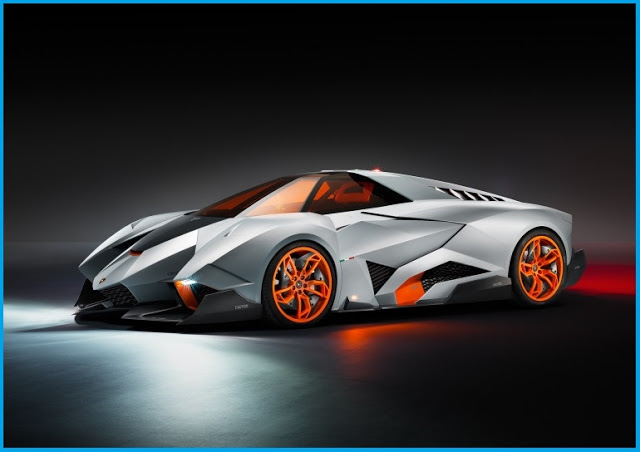 A ground version of the Stealth fighter. With its 5.2 litre V12 engine rated at 600 horsepower you may hear it but will you see it? Very pronounced body angles define its menacing looks. The interior is single seat cockpit design with front and side panels and a Head-Up Display. Entry to the cockpit is via a forward raising canopy. 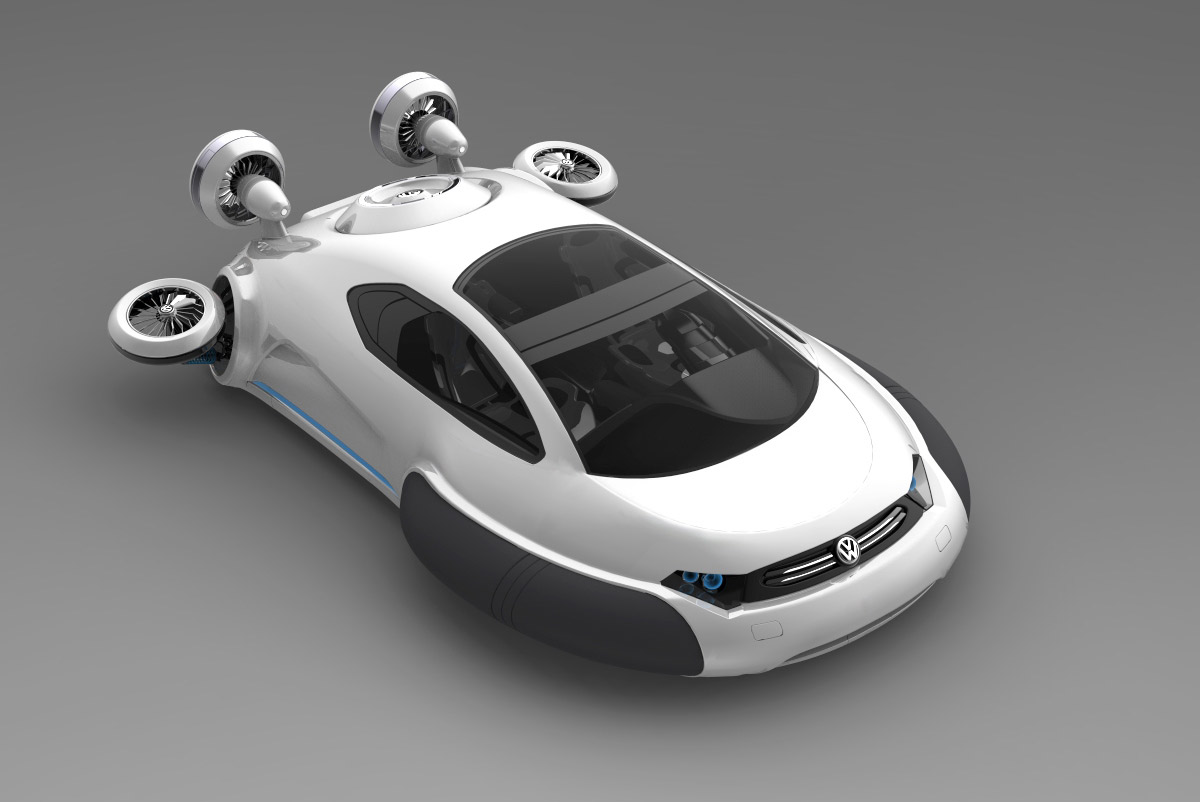 This concept is simply amazing, futuristic, feasible and perhaps the go anywhere car. Designed by a 21 year Chinese man it uses modern technology to enhance the principles used by Mr Hovercraft himself Sir Christopher Cockrell. There is a hydrogen cell motor to provide lift and electric motors will provide power for the thrusters. 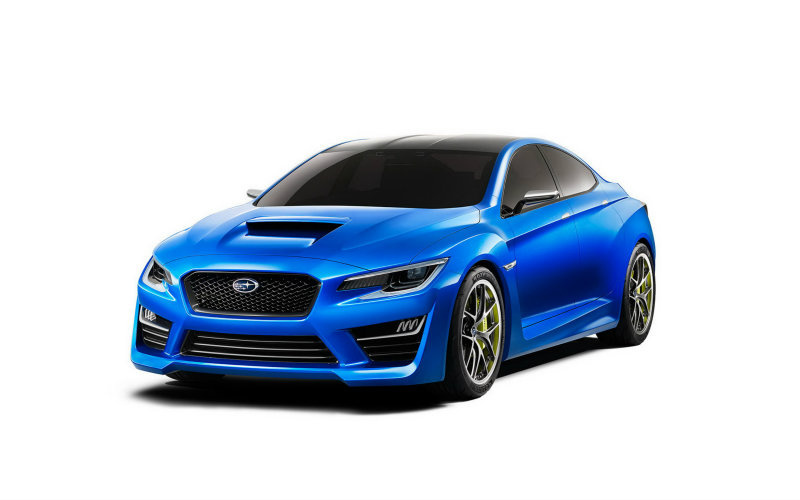 A new thinking for body shapes by Sabura has emerged. This design concept gives that compact rally drive feeling with low lines, protrusions and various other new shapes to compliment its image. It has a 4 wheel drive with a 2.5 litre turbo charged engine. This is certainly a rival to the other similar cars and is expected to be modestly priced to compete in that market. 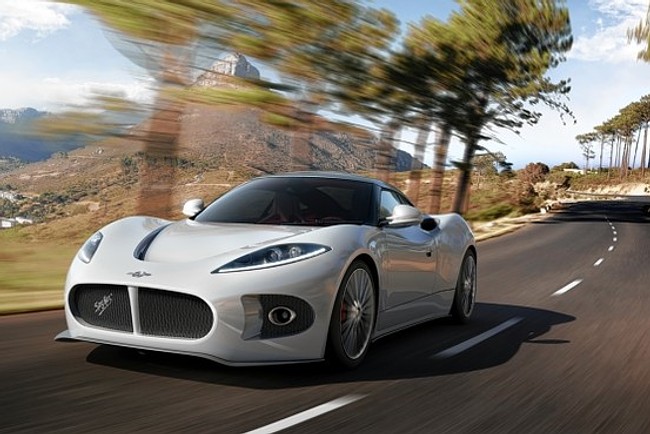 A curvy luxury sports car that packs a punch with its mid installed V6 375 horsepower engine and 6 speed gearbox. Its lightweight body made from aluminium and carbon fibre composites curves majestically over the wheels. With its large grille, front and rear lights of more traditional style and twin exhaust this car will turn more than a few heads. 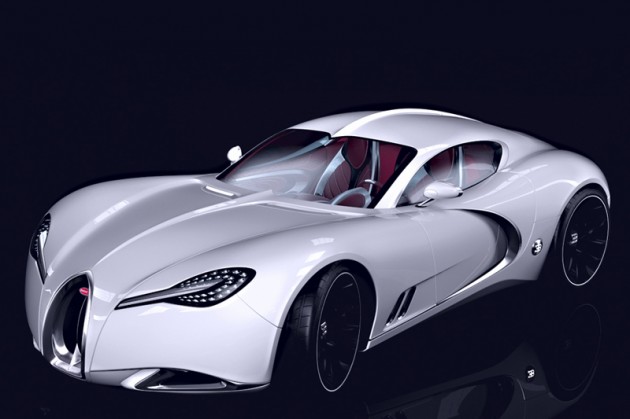 This car is a reminder of late1930’s styling from Polish designer Pawel Czyzewski. Its bulbous front and distinctive grill blends perfectly with the stylish modern side and rear panels. Interior design is modern looking with modest instrumentation and controls yet somehow maintaining that 1930’s nostalgia. 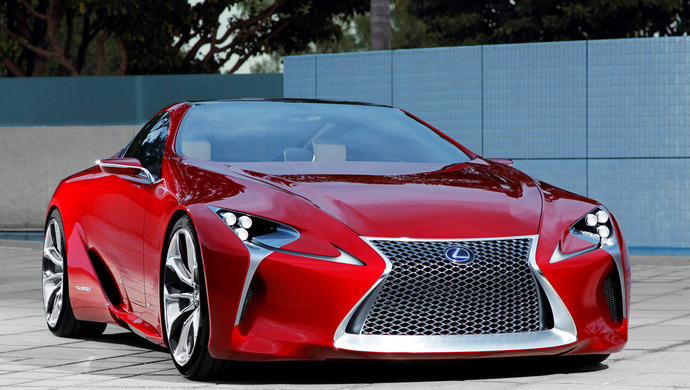 This is a powerful luxury 2 door coupe with an advanced Hybrid motor and an engine that tops 500 horsepower. A thorough focus has been placed on shapes and contours emanating from the grille. The rear LED tail lights pulse like aircraft afterburners. The Hi-tech smooth interior has a centre console touch screen keyboard and a central dashboard main display. 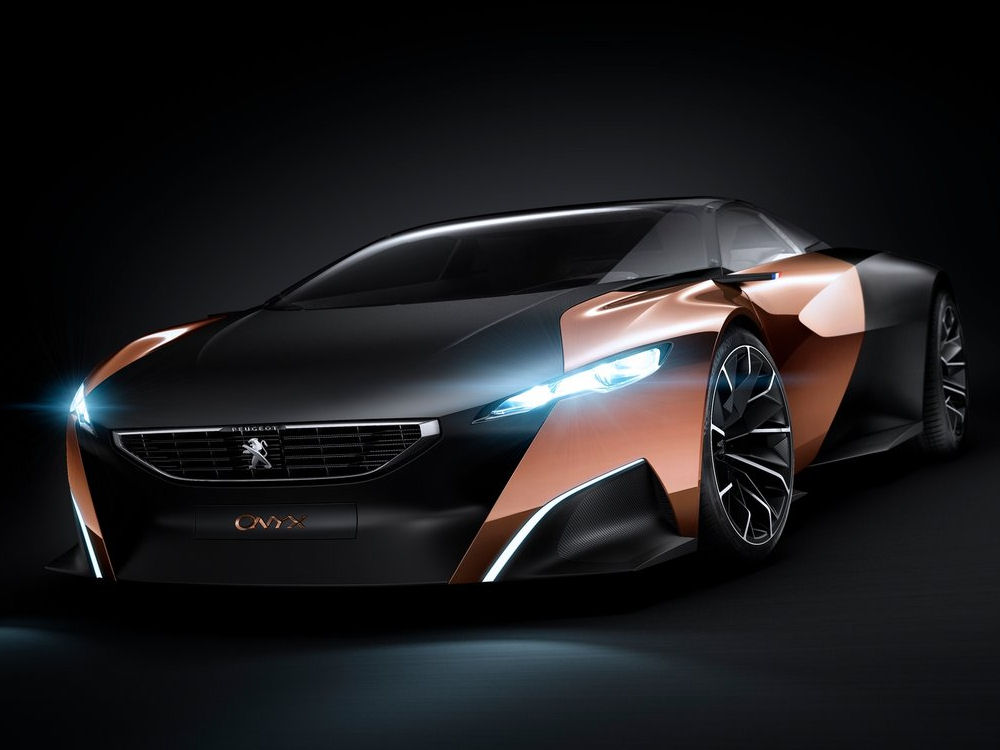 Peugeot has had radical interior design technology incorporated into this two door coupe. The interior is sleek and smooth with a racing steering wheel and a small front inset display panel and overhead panel.

Copper sheet is used on the wing and door panels whist the remainder of the body shell comprises a matt black carbon fibre finish. The hybrid engine is a 3.5 litre V8 with 600 horsepower connected to a 6 speed sequential gearbox.