Have you ever thought about why you can only listen to music offline via the Spotify App, even though you’ve downloaded the songs?

The reason is simple. Songs downloaded from Spotify are in OGG Vorbis, which is a DRM-protected format that can only be played on Spotify app.

If you want to listen to Spotify songs on an MP3 player, Zune player or iPod, the best solution is to download Spotify songs to MP3. Because MP3 is compatible with almost all music players and portable devices.

Related  How to Download Music from Spotify Without Premium

That means with TuneFab Spotify Music Converter, users can listen to Spotify music on any devices without worrying about the limitation of OGG Voribs files.

Step 1: First of all, add Spotify Songs to the converter. To do that, click on “Add Files” on the top menu bar, directly drag songs or playlists from Spotify, choose all the songs on the interface and click on “Add”. 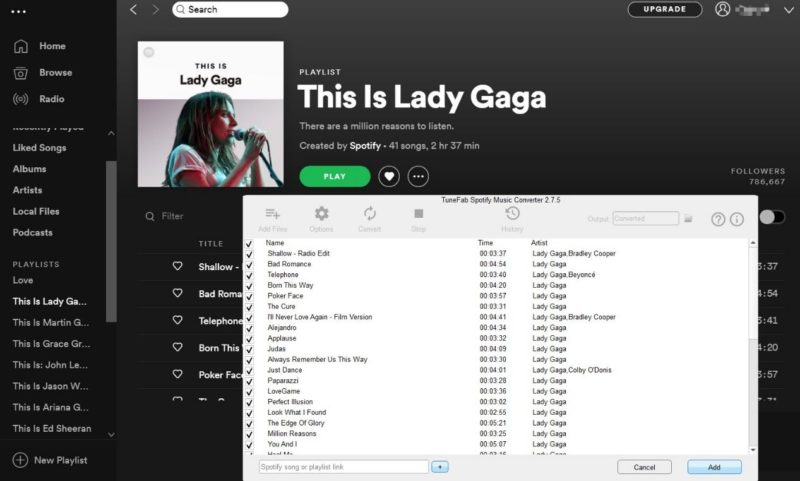 Step 2: Then click on “Options” to open the “Options” window and select MP3 from the drop-down list. Also, you had better change the conversion speed to 5X. 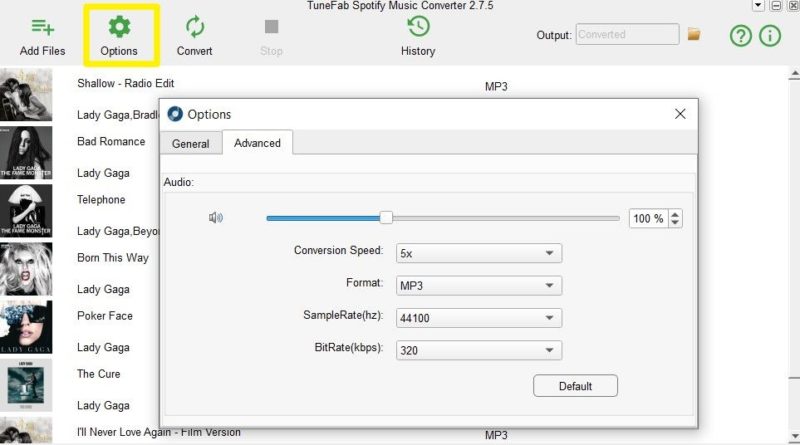 Step 3: At last, just click on “Convert” and wait patiently. When the conversion is finished, you can find the DRM-free Spotify songs in MP3 format on the output folder.

After that, you can transfer them to portable devices, edit them or share them with others as now these songs don’t contain DRM protection.

Though Spotify Premium subscribers are allowed to download Spotify music, all these Spotify songs will become unavailable for offline playback once they cancel their Spotify subscription due to DRM protection.

The Spotify offline listening mode is limited to Premium subscribers, but that doesn’t mean Free subscribers can’t listen to songs from Spotify offline. This powerful Spotify to MP3 converter is professional in hacking Spotify Premium for free, which means users can download Spotify music without Premium.

Fret not! There won’t be any quality loss during conversion, even at 5X conversion speed. Moreover, ID3 tags and metadata information such as title, artist, album, and genre are also preserved.

Built with A Simple User-Interface

On the bottom of the main interface, “Drag songs, playlists, albums, artists, tracks, etc. from Spotify” is written. The sentence suggests that users can add songs to Spotify by a drag-and-drop method.

As for the “Options” interface, under the “Advanced” menu, conversion speed, format, SampleRate, and BitRate can be changed, while under “General” menu, output folder and language can be adjusted.

Though TuneFab Spotify Music Converter is not completely free, this Spotify to MP3 converter gets good grades in terms of converting and downloading high-quality Spotify songs. Now, download this software and give it a try!