Dave Chappelle, born David Khari Webber Chappelle, is an American stand-up comedian, actor, producer, and writer. Born on August 24, 1973, Dave Chappelle is one of the most accomplished artists of our time, and he has numerous accolades to show for it. He is popularly known for Chappelle’s Show, a satirical comedy sketch series that ran from 2003 to 2006.

Dave Chappelle grew up in Silver Spring, Maryland, where he attended the Woodlin Elementary School. His parents later separated, and Dave had to stay with his mother in Washington while visiting his father in Ohio during summers. In 1991, Dave Chappelle graduated from the Washington-based Duke Ellington School of the Arts, where he studied Theatre Arts.

Career and Net Worth

However, Dave Chappelle’s acting career goes way back. In 1993, he was cast in the Robin Hood: Men in Tights, where he put up an outstanding performance. This movie was arguably his springboard to the lucrative film industry. He would later feature in movies such as The Nutty Professor, Blue Streak, Con Air, The Undercover Brother, etc., where he performed minor roles.

In 1998, Chappelle landed a leading role in the movie Half Baked. On the first weekend of its release, Half Baked earned Dave Chappelle a cool $7.2 million and was considered his greatest box office success so far.

In 2003, he starred in The Chappelle’s Show, a sketch comedy series that was a joint project by himself and Neal Brennan. The Chappelle’s Show, which also featured Charlie Murphy and Donnell Rawlings, offered humorous social commentaries to topical issues in America. That included high-profile political decisions by President George W. Bush and R. Kelly’s legal woes. The show was a tremendous success. However, in 2005, Chappelle surprised everyone when he abandoned the show, ostensibly to pursue a career in stand-up comedy.

His passion for stand-up comedy saw him decline a $50 million offer by executives to continue The Chappelle’s Show for the 3rd and 4th seasons. Fortunately, his decision paid huge dividends. In 2016, Chappelle signed a $60 million deal with Netflix, a deal that involved releasing three sensational comedy shows. This was arguably the most lucrative deal Netflix ever paid to a comedian.

Between June 2016 and June 2017, Dave Chappelle is reported to have earned $47 million, and $35 million a year later. His current net worth is a staggering $75 million.

Besides television, Dave Chappelle also makes some of his money through endorsement deals and appearances in infomercials and commercials. Some of the brands he has endorsed include Netflix and Fashion Nova. His assets include lucrative properties and expensive cars. 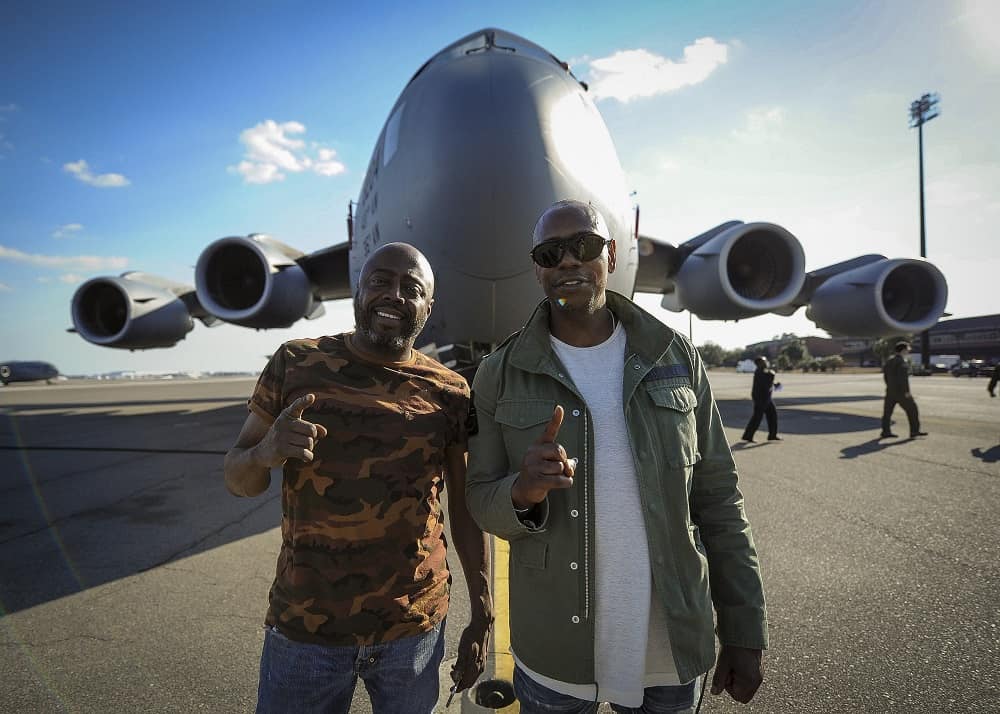 There are numerous life lessons that we can learn from Dave Chappelle. Most notably, that you should always keep your eyes on the prize. While Chappelle put up a great show as an actor, he believed he was destined for a higher calling – stand-up comedy. That’s why he had to decline an offer to continue The Chappelle’s Show, in favor of his stand-up comedy dreams.

Another important lesson we can learn from Chappelle is that success is a journey and not an overnight event. The actor and comedian discovered his acting talent while he was still a teenager. He nurtured his dreams by pursuing a career in Theatre Arts and upon graduation, he hit the ground rolling through movie appearances. Earning your spot on the Big Screen is easy; but keeping it for more than two decades requires passion and dedication.

Dave Chappelle has also taught us that comedy is a calling, which requires passion, heightened intelligence, and a bit of tact to pull. Very few comedians can handle the themes of race and politics as artfully as he did.

The following are some of the quotes by Dave Chappelle.

• “I was doing sketches that were funny but socially irresponsible. I felt I was deliberately being encouraged and I was overwhelmed.”

• “I think every group of black guys should have at least one white guy in it.”

• “I’m cool with failing so long as I know that there are people around me that love me unconditionally.”

• “The hardest thing to do is to be true to yourself, especially when everybody is watching.”

Dave Chappelle remains one of the most accomplished comedians and actors of our time. He is proof that goals can be reached…if you only keep working towards your dreams.