Who Is Deion Sanders?

Deion Luwynn Sanders Sr. is a retired American professional football and baseball player who currently serves as a sports analyst and football coach.

Sanders is widely regarded as one of the most talented National Football League (NFL) players of all time. He’s also considered one of the very few athletes to excel in two different sports at the same time. Plus, he is the only person ever to play in both a Super Bowl and a World Series.

After retiring from professional athletics, Sanders became a sports analyst for multiple outlets, including CBS Sports, Barstool Sports, and NFL Network. He has also enjoyed a successful career as a football coach post his retirement.

Like most successful athletes, Deion Sanders has appeared in a number of films and television shows. He has also dipped his toes in singing, screenwriting, and television producing. 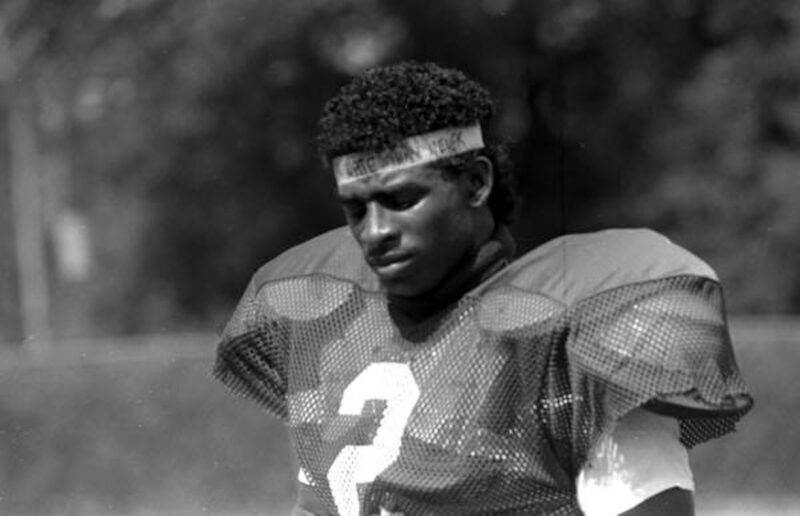 Deion’s parents divorced when he was two years old. Following the divorce, Sanders was raised by his mother and step-dad Willie Knight.

Sanders’s football prowess began to show in the Pop Warner League. He was only eight years old then. He started to excel in other sports around the same time, including baseball and basketball.

Deion attended North Fort Myers High School, where he played football, baseball and basketball. After graduating from high school, he proceeded to Florida State University, where he continued nurturing his athletic ambitions.

After college, Sanders turned professional and launched his NFL career at the Atlanta Falcons. He played for the Falcons from 1989 to 1993 before joining the San Francisco 49ers for one year.

From 1995 to 1999, Deion Sanders played for the Dallas Cowboys. He subsequently joined the Washington Redskins for one season before winding up his NFL career at the Baltimore Ravens from 2004 to 2005.

The following are Sander’s most notable football achievements: 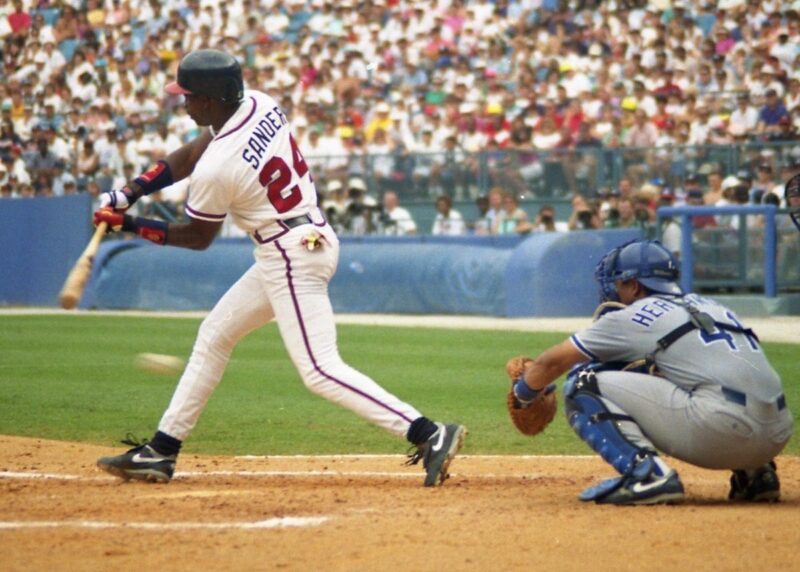 Deion Sanders dabbled in baseball for the better part of his NFL career.

Sanders kicked off his baseball career by joining the New York Yankees in 1989. He played for the club until 1990.

In 1991, Sanders joined the Atlanta Braves and spent his next four years with the club, eventually leaving in 1994 for the Cincinnati Reds.

Deion subsequently left the Cincinnati Reds for the Francisco Giants in 1995. However, he later returned to the Reds on two different occasions – 1997 and 2001.

After retiring from the NFL and MLB, Deion Sanders embarked on a coaching career. He was the head coach of Prime Prep Academy from 2012 to 2013.

Sanders later became the offensive coordinator for Trinity Christian School (TX) from 2017 to 2020.

From 2020, Deion has been the head coach of the Jackson State Tigers football team.

Deion Sanders has appeared on multiple outlets as a sports analyst. Examples include CBS Sports, NFL Network, and Barstool Sports.

Sanders released his autobiography, titled Power, Money, & Sex: How Success Almost Ruined My Life, in 1989. The title says a lot about the book’s content.

Sanders also appeared in the music video for MC Hammer’s song “Too Legit to Quit.”

Sanders has made a number of cameo appearances in films and television shows. He hosted an episode of Saturday Night Live in 1995.

In 2008, Deion starred in the reality television show, ‘Deion & Pilar: Prime Time Love’ and also competed against the Kardashians on Celebrity Family Feud.

As of December 1, 2021, Deion Sanders had a net worth of $40 million. As you may have guessed, a significant portion of Deion’s wealth comes from his football and baseball career.

Sanders earned around $60 million in contract money alone from his NFL and MLB career. That’s roughly $93 million in today’s dollars.

1. You can be a jack of all trades and a master of all…after all

Deion Sanders is one of the very few athletes to have successfully pursued two different sports concurrently. Sanders’ accomplishments have helped to debunk the self-limiting quote – jack of all trades, master of none.

2. You’ve got to dream big to achieve meaningful success

Sanders believe that every achievement must spring from ambitious dreams. He once said “If your dream ain’t bigger than you, there’s a problem with your dream.”

3. Use your influence to uplift others

Deion Sanders has mentored numerous athletes over the years. Examples include The Chicago Bears’ Devin Hester and the Baltimore Ravens’ Michael Crabtree.

• Athletes know kids look up to them, and it’s important for athletes to be responsible.
• If you don’t believe in yourself how will somebody else believe in you?
• If you look good, you feel good, If you feel good, you play good, If you play good, they pay good.
• What separates us is that we expect to be great.
• Whenever you make a promise, you have a responsibility to that promise.

Deion Sanders is undoubtedly one of the most talented athletes of all time. He’s also one of the few athletes to excel in two different sports concurrently.

Sanders has a net worth of $40 million, the majority of which is attributed to his successful NFL and MLB careers.