How many agonizing hours have you spent translating corporate-speak into something your designers and developers can follow as they create apps?

How do you tease actionable requirements out of a project sponsor’s “vision” or their “methodical approach”?

When that fails, how do you politely tell the sponsor? The guy you want to write you a cheque, that they don’t make sense and do it without them getting defensive and taking their business elsewhere?

We struggled with these problems every single day until we forged our own silver bullet.

We developed an application to help us develop applications, so meta, and it’s saved us hundreds of hours on every project since.

The Double Diamond Framework was introduced by the Design Council way back in 2005, and it looks like this: 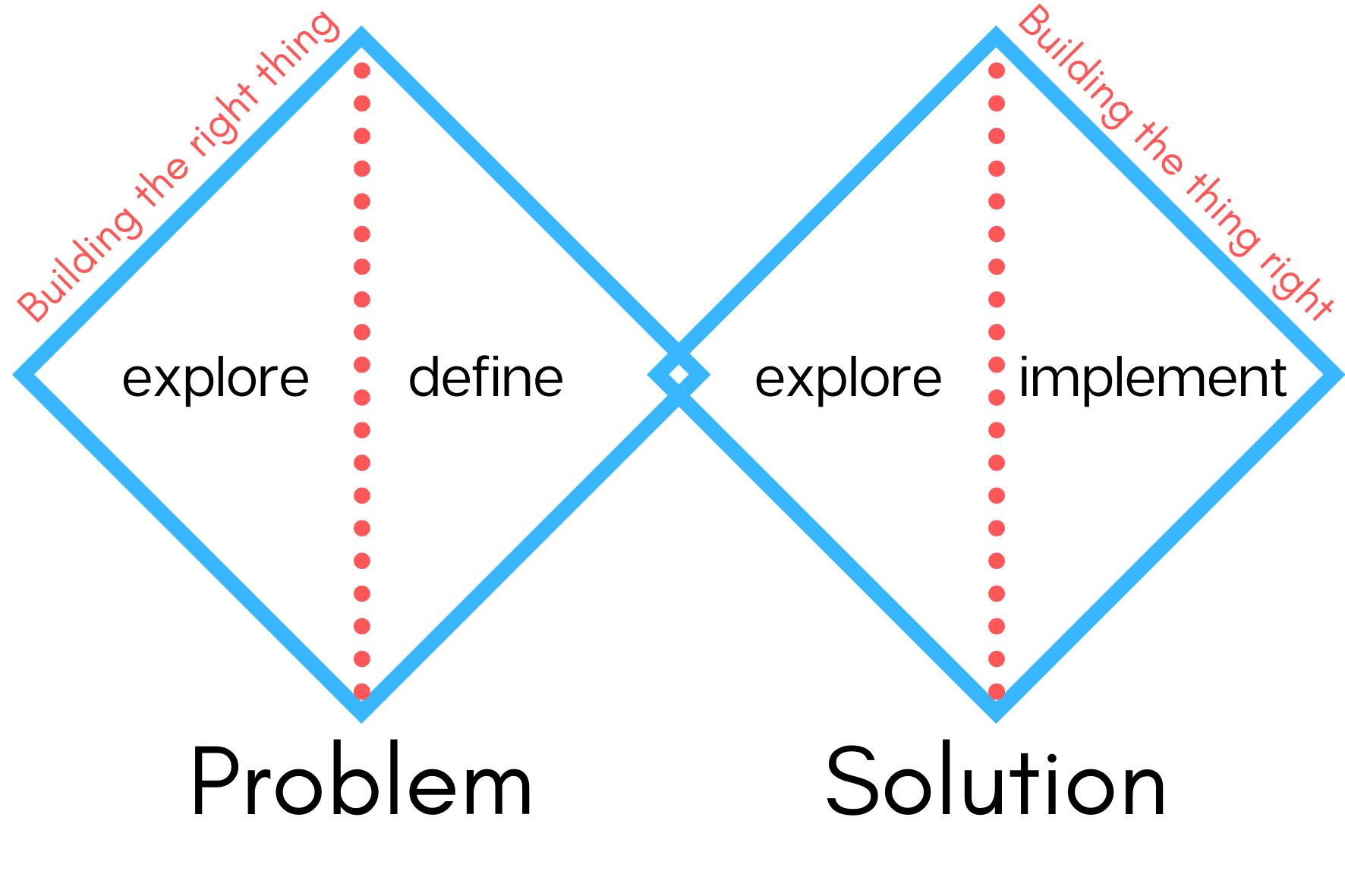 Is going wide in your approach. It’s coming up with new ideas. It’s brainstorming and conducting research and interviewing personas. It’s collecting as much information as possible to yield different, but useful, outputs.

Related  5 Helpful Sites Your Business Should Be Seen On

Is narrowing in on a solution. It’s getting analytical and critical. It’s scrapping problems that you thought were important but after your research, you’ve realized they aren’t. It’s asking the hard questions and looking over the data to work out what really matters to users. It’s working within your constraints such as your time frame and budgets.

Persona Journeys describe how people interact with your business, service, app, or product.

They are high-level descriptions of what the user wants to get done. Each step is called a stage.

Here’s an example I made in like 10 minutes that details a tenant’s interaction with an imaginary real estate platform.

Quick and easy. You can check if your idea makes sense and see what’s missing. Draft it up and modify them on the fly as you’re talking to sponsors or when your research humbles you.

Here’s another persona journey I made to structure my thoughts for a personal project I’m working on.

It’s a digital paper. Go nuts. Flesh it out and add a million different journeys. It’s super useful if you’re building a platform with multiple actors. Skip the complicated flow chart and give every user a journey, and you will have accomplished the same thing in a fifth of the time.

Related  How To Reduce Overhead Costs For Your Business

You can re-organize your flows, make dozens of variations and then when you want to settle on one path, you can copy and paste flows, merge everything together and reorder stages in seconds.

The User Flow is our Second Diamond

User flow is the how. It’s a solution-focused step-through that maps user interactions with the interface at a click-by-click level.

You can assemble a rough draft that you can show your team or sponsors and then slowly refine it and add real UI as it’s created.

By structuring steps around strong verbs, it helps to keep your flow moving and ensures that all your steps are achievement orientated.

Branches are alternative paths towards the same user’s goal. A branch could be indicative of a user requesting more information, or signing up with a Google account instead of filling out a form.

Primary Acts as the Bridge Between the Diamonds

The biggest problem that the guy who writes the cheques has is that he hates opaque software development. He’s doubting if you’ve really understood him. It’s a lot of money. Will it get results?

The project sponsor knows, more or less, what the business needs. He knows the user’s problem and has a rough idea about what the persona’s journey with an app or site or service should look like.

He is mostly in the first diamond.

Using Primary, you can map out a path through the first diamond to the second and demonstrate that all his requirements have been clearly understood.

Clearly creating a document that shows – okay, that’s an interaction – that goes at the Persona Journey level. That’s a detail- we need to build UI for that because it’s User Flow.

Related  How To Choose an Influencer for Your Products (Complete Guide)

Once the Sponsor Signs a Cheque, Your Second Diamond Designer and Developers Take Primary and Run 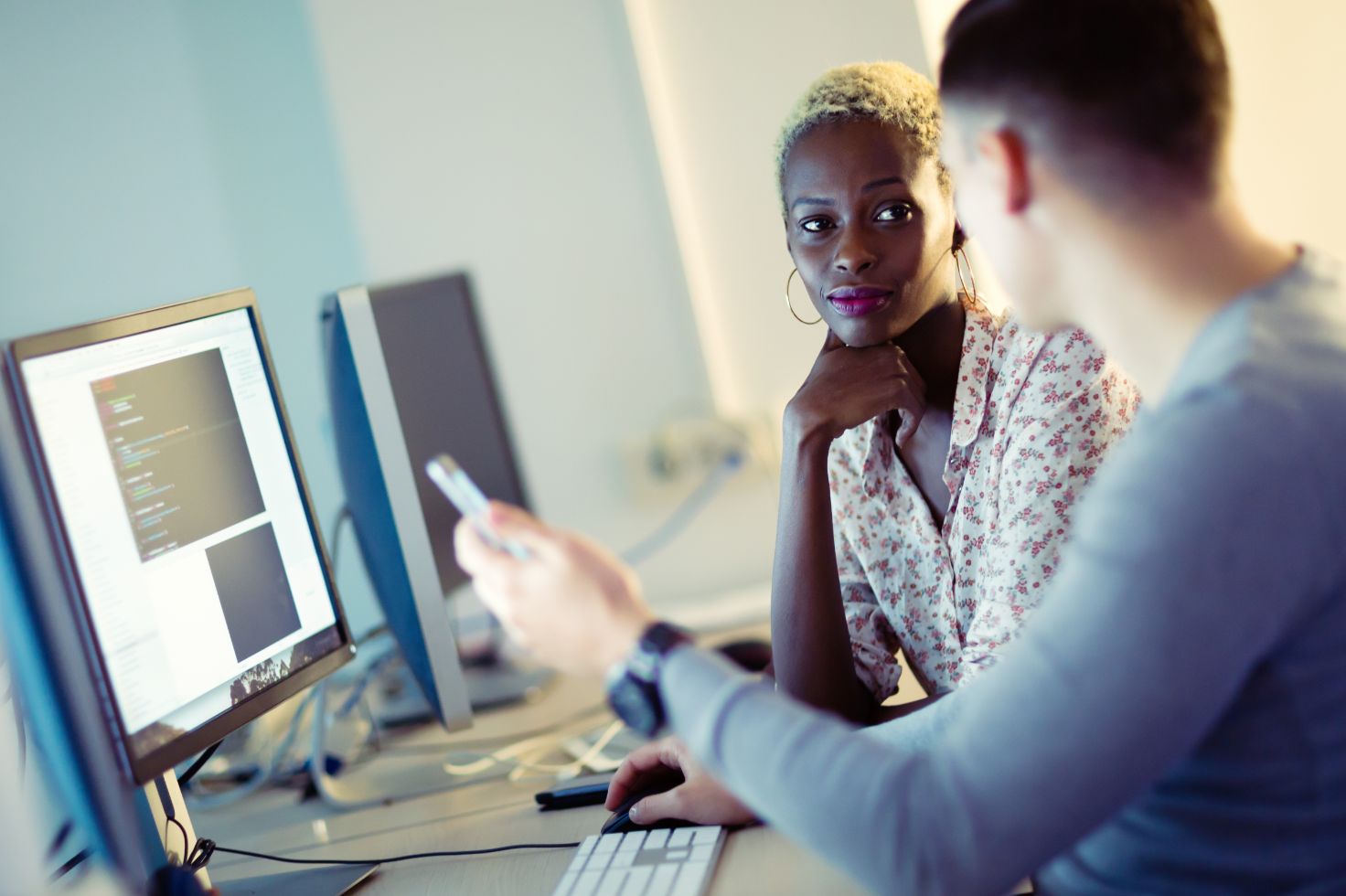 Now the designer can begin to build a real UI visually guided by a step by step document that integrates with the design tools he’s already using.

Then finally the developer picks it up and realizes that Primary appeals to him on a spiritual level.

He’s never seen requirements laid out this clearly before. So he switches Primary to dark mode, pushes his earphones in deep, sucks down a Red Bull, and gets to coding.

What This All Means

Primary can help you complete projects in less time. It can reassure sponsors and stakeholders that you’ve understood their requirements and get you the green light faster and then when it’s time to make the thing, you have a very clear guide to follow.

Primary is more functional than the darling UI prototype, easier to modify than a fixed wireframe, and more fun than complete documentation.

We consciously created a tool that did what we needed it to, helped us manage projects and build apps. And since we use the double diamond framework every day –  iterating through convergent and divergent thought to define problems and then solve them, the Persona Journey  / User Flow structure came about naturally.

Want to see just how incredible? Try Primary for yourself. There’s practically no learning curve. A word of warning, it will break you.

After only 30 minutes, you’ll never be able to go back to how you used to do things.