Drinking games have a history dating as far back as the 5th century BC. But regardless of their timelessness, these games have never lost their fundamental objective, which is to make every moment spent with your drinking buddies count.

In recent years, drinking games have particularly become popular among couples in romantic relationships. The games can go a long way in rekindling the dying flames of an old relationship or strengthening the chemistry between new partners.

Even if a relationship is under no threat at all, drinking games can still enhance social bonding between partners. That’s because the games enable the players to express themselves freely and naturally.

The following is a collection of some of the most fun, exciting, and daring drinking games that you should consider playing on your next romantic date. 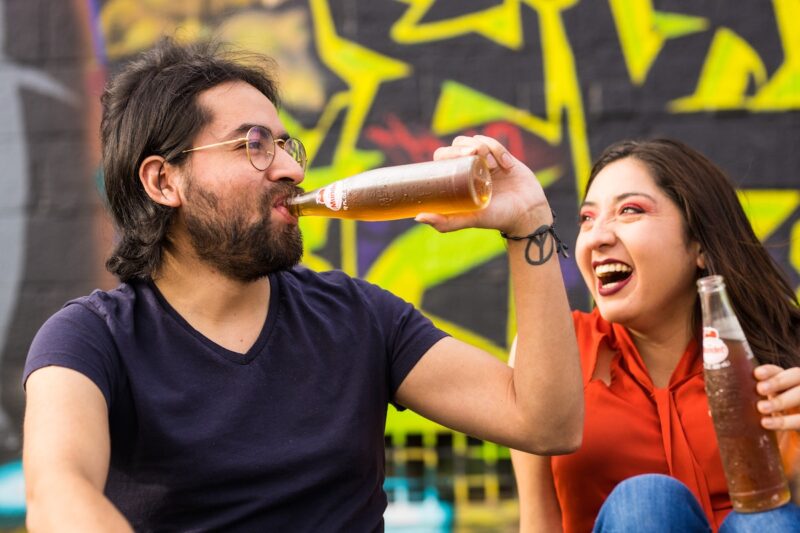 This drinking game is suitable for serious couples, or couples that wish to take their relationship to the next level.

Start by asking a relationship-related question. The question can be as broad or personal as you wish it to be. It all depends on how long you’ve known each other.

Your partner can either choose to answer the question honestly and candidly, or take a drink instead. Usually, the loser is the first person who gets upset.

Some of the common questions you might consider asking include:

• When should we move in together?
• Do you prefer to be submissive or in control?
• When do you think we should have our first baby?

The Quiz Game is more or less similar to the first drinking game on this list. Only that in this case, the questions are more exciting and perhaps more naughty, but less serious.

Examples of the questions to ask in The Quiz Game include:

• When/Where did we first meet?
• What was I wearing when we first met?
• What is my birthday?
• What’s my favorite color/food? 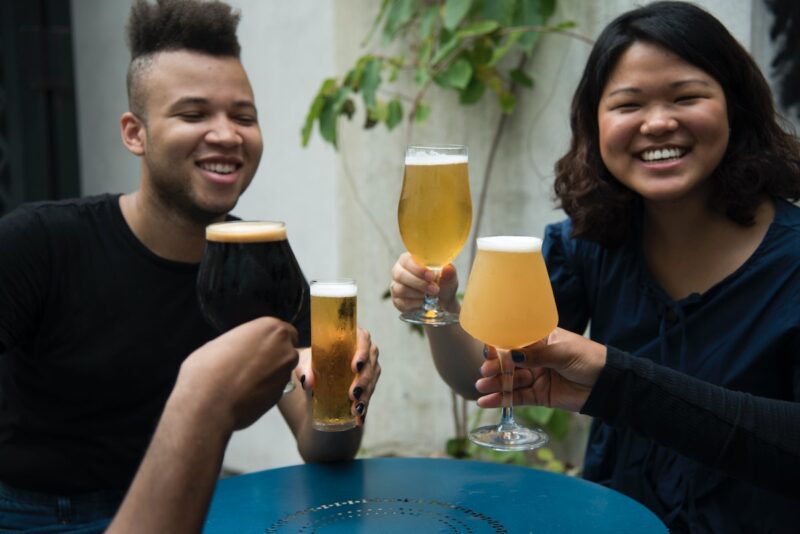 Truth or Dare is a classic party game that needs no introduction. It’s even more exciting when there’s a liquor aspect to it.

You can choose to only play the ‘Truth’ part or the ‘Dare’ part. Either way, the partner who fails to answer the questions truthfully or can’t seem to come up with a proper ‘Dare’ takes a drink.

4. Two Truths and One Lie

This game is recommended for new couples who’re still trying to know more about each other.

Take turns to reveal three intimate details about yourself. Two of these things are true, whereas one is a lie.

You then let your partner figure out the lie. They’ll have to drink for each wrong guess they make.

5. Never Have I Ever 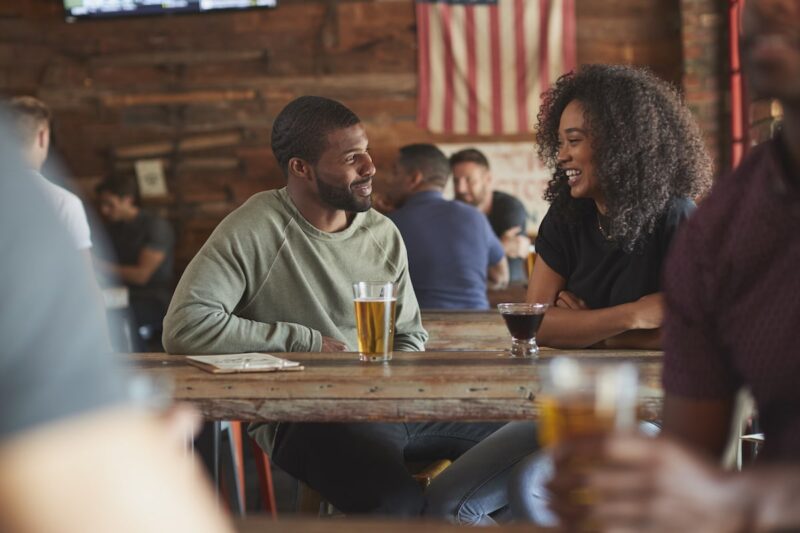 Here’s another popular party game that can help you uncover some intimate details about your partner.

An example is – ‘Never Have I Ever’…..kissed a total stranger or refused a kiss.

The partner who has ever kissed a stranger or declined a kiss has to drink.

To make this game more exciting, one of the options should be more unlikely than the other. In this case, kissing a complete stranger seems to be the more unlikely option.

Remember when you bragged to your partner how many bottles you could drink without staggering? Well, here’s your chance to prove your drinking prowess.

To play this game, drink a few bottles of beer, then take a few laps without staggering or vomiting. If you succeed, increase the number of beers and the walking distance. And if you fail, you clean the vomit or face other specified consequences. 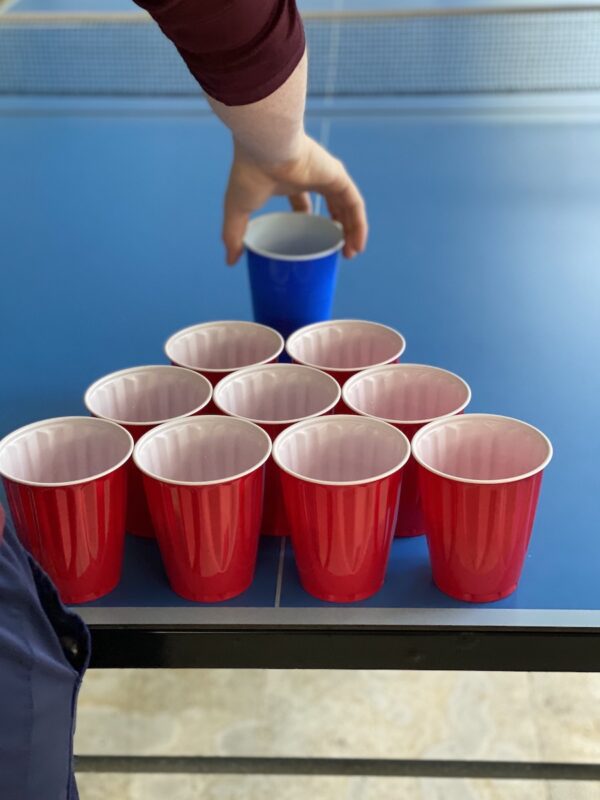 In this game, you arrange beer glasses to form a triangular shape at the opposite ends of a table. The first glass in the triangle usually contains the minimum amount of liquor, then the amount increases incrementally as you move to the other glasses.

You then throw a ping pong ball across the table, targeting your partner’s set of glasses. Your partner has to drink from the cup that the ball hits first.

To up the stakes, you can consider sliding a piece of paper underneath each glass with a ‘Dare’. So, besides drinking from the glass, your partner would also need to perform the written ‘dare.’

Flip Cup is one of the shortest but most exciting drinking games for couples.

Take turns drinking the beer in your cups, then flip the empty cups on the table’s edge.

The goal is to ensure that the empty cups land upside down on the tabletop. 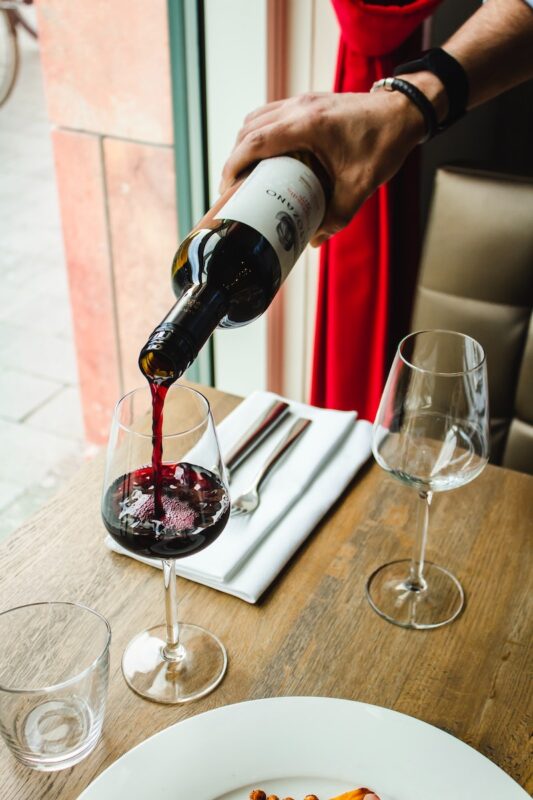 Boat Race is nearly similar to Flip Cup in that they’re both short, fun, and have the same objective.

You both place your drinks on a table. Have a third person (probably the waiter or your tag-along friend) formally kick off the race.

Once the race is on, the first player picks up their beer and drinks. After downing the contents of each glass, the drinker inverts the empty glass on top of their head.

Bust a Gut is the perfect drinking game for couples that have a great sense of humor. Basically, each player gets 30 seconds within which they should say or do something insanely funny to make their partner laugh. If they laugh, you drink. If they don’t, you drink.

One of the best things about this game is that there are numerous places you can play it, including the bedroom, couch, or kitchen table.

The Superlatives Game is more fun when it involves over one couple. Which makes it the go-to drinking game for group dates.

Assign each participant a number and then give everyone a card containing all the other numbers except their assigned number. For instance, if there are six participants and you happen to have been assigned number 4, you would receive five cards containing numbers 1, 2, 3, 5, and 6.

Players then take turns to ask superlative questions like ‘who’s the dumbest person that you’d never be caught kissing?’ Everyone then puts the number of the person they believe is the dumbest in the group. All cards should be placed on the table face down, then revealed one by one.

The person with the most votes tries to guess who could have voted for them. They give a drink if they guessed correctly or take one for every incorrect guess. 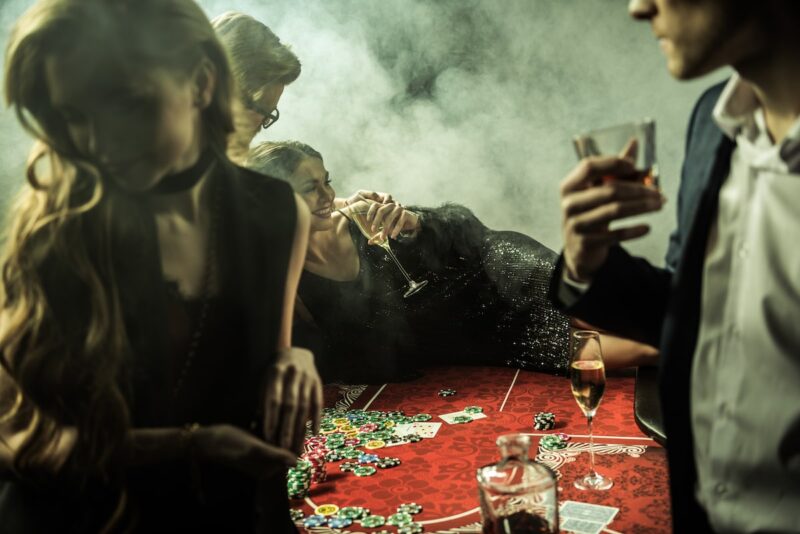 If you’re too comfortable with your partner that you don’t mind stripping down before them, then this is the right game for you.

Start the game with nothing but your underwear on. Each time you lose a question, dare, or contest, your partner adds any piece of clothing on you, even if it’s clothing of the opposite sex.

This drinking game is ideal for movie lovers.

Hide several quarters between the cushions of your couch. After watching each movie or season, try to pull up a quarter from the cushions.

The first player to find a quarter takes a drink, whereas the loser faces specified consequences.

While most fun drinking games end up with a winner or loser, there are generally no losers in Power Hour. However, Power Hour is one of the best games to play if you want to excite the deepest emotions out of your partner.

To play the game, both partners should drink an ounce of beer each minute for an hour. And as you do, you must look deeply into each other’s eyes. 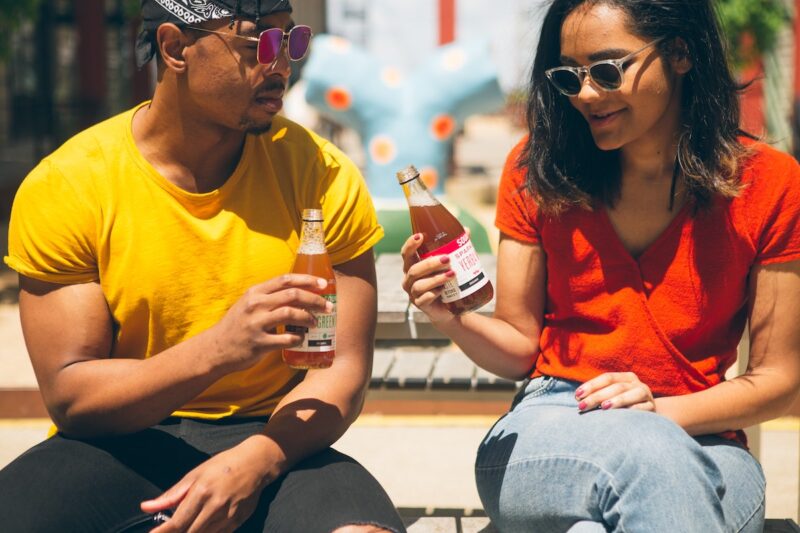 Another simple yet fun drinking game that you can play on your next date.

In Simon Says, partners take turns playing Simon and tell the other partner what they’d like them to do. For instance, Simon Says…Kiss your boyfriend.

Like most drinking games for couples, it’s okay to get a lil’ bit naughty with your requests and instructions as long as they’re reasonable enough.

Fun drinking games, as the name suggests, should be fun and exciting. But that’s not all. These games should also be unique and thought-provoking enough to enable you uncover a thing or two about your partner.

Most importantly, remember to play drinking games moderately and responsibly. Otherwise, you’ll end up too wasted and unable to enjoy the special moment with your partner.