Electrical job isn’t all fun and games. A minor slip-up could have devastating consequences.

Indeed, deaths and injuries from electrocution have been on a steady increase globally in recent years. That explains why electricians are ever vigilant while attempting to fix electrical faults, including problems that might appear too insignificant to worry about.

But even for a job that requires the highest level of vigilance, there are always moments when we just want to step back and laugh our heads off. As the saying goes, ‘there’s never a bad time for a good joke.’ 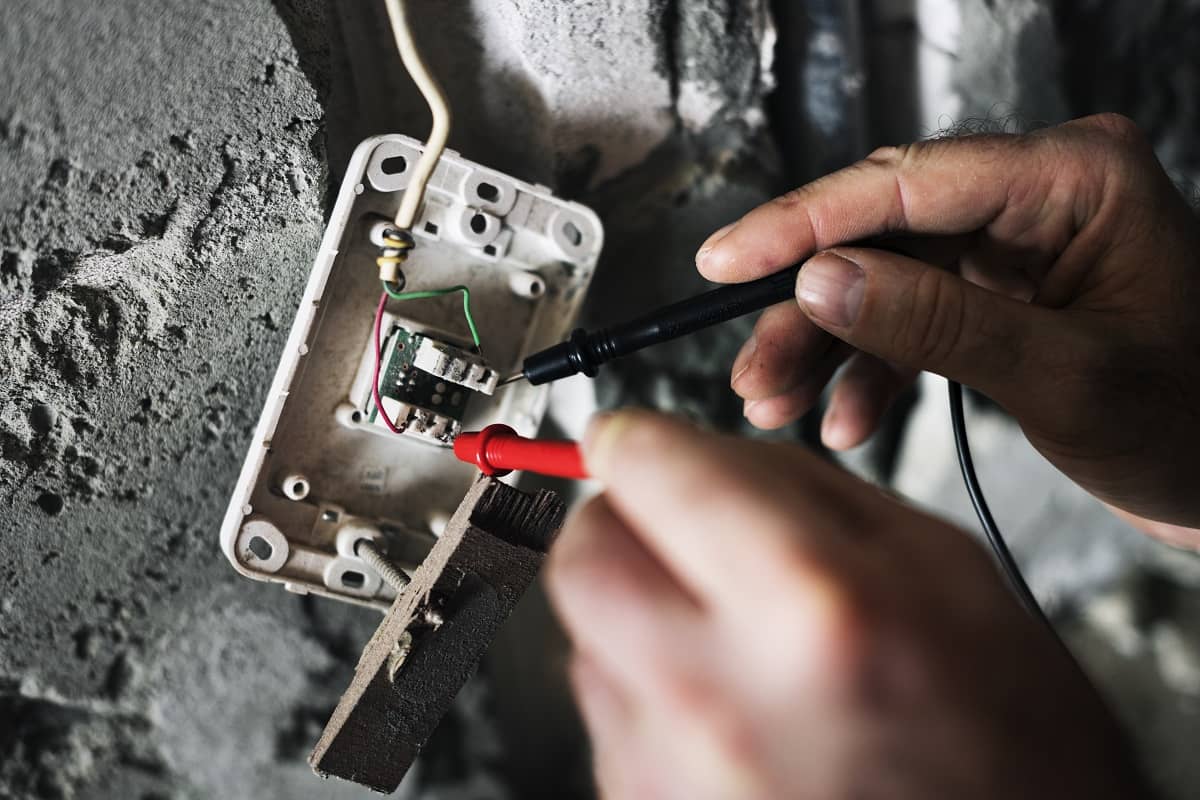 We’ve rounded up 60 funniest electrician jokes that will truly light up an otherwise boring day in the office.

1. A local electrician was arrested and charged for battery, yesterday. He ended up spending the night in a dry cell.

2. A superconductor walks into a bar. The bartender says, “Get out! We don’t serve your kind here.

3. A sweater I bought was picking up static electricity. So, I returned it to the store. They gave me another one free of charge.

4. An electrician was working at an apartment when he got electrocuted. He died before he even knew watts up.

5. At first there were some sparks and I couldn’t resist him, but he ended up saying some pretty nasty things to me and I left shocked.

6. Could you guess what an electrician’s favorite city is?
Washington DC.

7. Do you know how parents of electricians punish them?
By grounding them.

8. Do you know what electricians talk about?
Current Events.

9. Do you know why the light bulb failed his math quiz?
He just wasn’t that bright.

10. Do you know why the optimistic electrician get fired?
He kept changing the negatives into positives.

11. How did Mr. Power react after flinging off the disgusting electric charge he had on him?
He was ex-static!

12. How did the argument between the electricians come to an end?
They found common ground.

13. How does one electrician greet another?
They say, “Watts up!”

14. I can’t afford to pay for electricity anymore; these are some dark times.

15. I caught my friend harassing some electrician. I told him it was an abuse of power.

16. I finally managed to get rid of that nasty electrical charge I’ve been carrying. I’m ex-static!

17. If you plant a light bulb in your garden, does it grow into a power plant?

18. Just opened my water bill and my electricity bill at the same time… I was shocked.

19. My dad got fired recently for being such an irritated electrician. He never conducted himself positively at work.

20. My electrician friend accidentally blew the power to the ice-making factory. Now they’ve gone into liquidation.

21. My frugal neighbor doesn’t want to pay for an electrician to re-wire his house so he’s going to try and do it himself. “How hard can it be?” he said. I think he’s in for a shock.

22. My wife said to me that the spark between us had gone. So, I tasered her, and I’ll ask her again when she wakes up.

23. People asked me how it feels when you stick your finger in an electrical outlet. To be honest, it Hertz.

24. The lights in my house just went out, so I have to call an electrician…. I am unable to deal with the current situation.

25. Today I found out that the electrician didn’t connect the protective grounding system at my home. I was shocked.

26. What are some worms that eat up electric wires?
Electro-maggots.

28. What did the light bulb say to the electric generator?
‘You spark up my life!

29. What did the national transistor party do after suffering weak gain at the poles?
They just shifted their focus to base and started to energize it.

30. What did the thrift shop do when the customer brought in for return a sweater which had picked up a lot of static electricity?
They refused to take it back free of charge.

31. What do an electrician and a mortician have in common?
They both get shocked when they touch a live one.

32. What do power strips always say at their high school reunions?
I haven’t seen you in light-years.

33. What do you do when you find out the electrician you hired is unlicensed?
Nothing. Because you are shocked.

35. What does an electrician usually have for breakfast?
Ohmlettes.

36. What football team do energy providers root for the most?
The Chargers.

37. What is an electrician’s favorite flavor of ice cream?
Shock-a-lot.

38. What is the difference between lightning and electricity?
For electricity, you need to pay, but lightning kills for free.

39. What is the first thing an electrician says when someone breaks up with them?
I thought you would not hertz me.

40. What kind of car does an electrician drive?
A Volts-wagon.

41. What penalty in hockey uses the most amount of energy?
A power play.

42. What would a barefoot man get if he stepped on an electric fence?
A pair of shocks.

43. What would you call Usain Bolt if he were an electrician?
Usain Volt.

44. What’s the difference between an Electrician and someone who’s high?
The electrician knows where the ground is.

45. Where do electricians get their supplies?
The Ohm Depot.

46. Where do light bulbs go shopping?
The outlet stores.

47. Who is an electrician and also a part-time detective?
Sherlock Ohms.

48. Why did Ryan fall in love with a female electrician?
Well, he wanted to take her ohm as she was kind of a live wire.

49. Why did the electrical cords break up?
There was no spark between them.

50. Why did the electrician get killed in a debate?
They say he used conductive reasoning.

51. Why did the man eat the light bulb?
He was hoping it would give him a bright idea.

52. Why did the professor throw the promising student out of the class on the fifth floor?
Because he felt that the student had potential.

53. Why did they arrest the electrician?
He was accused of a battery charge.

54. Why do electricians always make for terrible revolutionaries?
It is because they hate resistance.

55. Why do electricians tend to fall in love with proficient train drivers?
Because they make good conductors.

56. Why is it always better to hire three electricians instead of just one?
Because many hands make light work.

57. Why should electrical engineers never be surgeons?
Because they tend to shut down faulty systems and then start them again.

58. Why was the thermometer smarter than the average electrician?
Because it had more degrees.

59. You shouldn’t try being your own electrician. Most importantly, this piece of advice shouldn’t shock you

The above collection of hilarious electrician jokes will help charge up your day as you diligently discharge the all-important duty of brightening up other people’s houses (and lives).

Even if you’re not an electrician, you can share these jokes on your social media pages every day to illuminate your friends’ mood.