Japan – the country that gave us sushi, manga, and origami! Despite being geographically situated farther from most countries, Japan continues to play an instrumental role in shaping the global economic, political, and sociocultural landscapes.

Here are 70 cool Japan facts to stir your interest in the Land of the Rising Sun. 1. Japan is an Asian country located in South East Asia. Other countries in the same region include the People’s Republic of China, the Republic of China (Taiwan), Hong Kong, North Korea, South Korea, Mongolia, and Macau.

3. Japan is bordered by both ocean and sea. The country is surrounded by the Pacific Ocean, the Sea of Japan, the Sea of Okhotsk, and the East China Sea.

4. As an island nation, Japan shares maritime borders with several countries. They include the People’s Republic of China, Taiwan, the Philippines, North Korea, South Korea, Russia, and the Northern Mariana Islands in the United States.

5. Japan has four main islands. They include Hokkaido, Honshu?, Kyushu, Shikoku, and Okinawa Island. In addition to its five main islands, the Japanese archipelago is made up of 6,852 islands.

6. But even with its numerous islands, Japan still doesn’t hold the record for the highest number of islands. That title goes to Sweden, with nearly 270, 000 islands.

7. Japan is located within the Ring of Fire, a region within the rim of the Pacific Ocean characterized with active volcanic activities. Japan itself is said to have at least 100 active volcanoes.

8. With its highlands combined, Japan has a total surface area of 377,915 square kilometers. That makes it the 17th largest country in Asia and the 63rd worldwide.

10. Japan has a rugged landscape with more than 70% of the country covered in forests or mountains.

11. Aokigahara is the most expansive forest in Japan. It has a surface area of 14 square miles or 35 square kilometers.

12. Japan has different climatic zones. The country is rather cold toward the north, temperate in the central regions, and nearly tropical toward the south.

13. Japan experiences all four seasons. They include spring (March to May), summer (June to August), autumn (September to November, and winter (December to February).

15. Mt. Fuji is the tallest mountain in Japan. This active volcano located 100 kilometers southwest of Tokyo stands at 3,776 meters above sea level.

16. Japan records more earthquakes than any country annually. That’s due to its location on the Pacific Ring of Fire and near major tectonic plate boundaries. The deadliest of these earthquakes, christened the Great Kanto Earthquake, occurred in 1923. It had a magnitude of 7.9 and claimed 105,385 lives. Interestingly, the Great Kanto Earthquake wasn’t the most powerful to have hit Japan despite having the highest death toll. In 2011, the country experienced a 9.0-magnitude earthquake known as Tohoku Earthquake, which claimed 15, 891 lives. 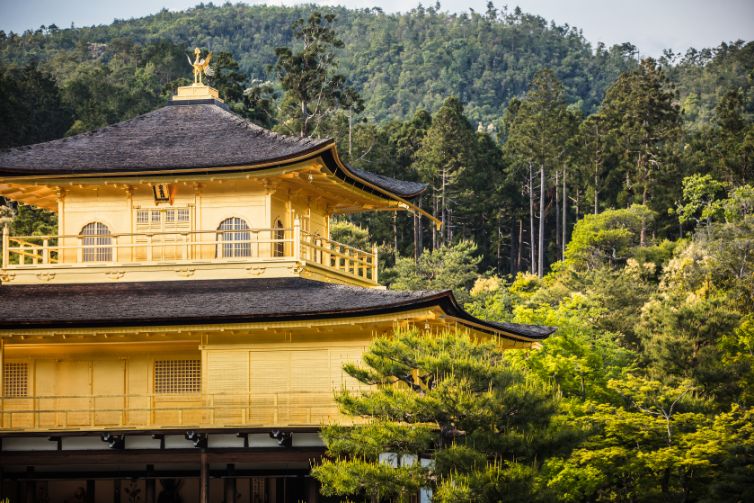 17. The origin of the name “Japan” is shrouded in mystery. But according to researchers, the name probably derived from the Malayan ‘Japung’ or the Chinese ‘Riben,’ which loosely translate to ‘Land of the Rising Sun.’

18. Japan is christened ‘Land of the Rising Sun’ due to its location closer to where the sun rises, i.e. east.

19. The first mention of ‘Japan’ with respect to the country appeared in the Chinese Book of Han authored around 111 AD.

20. Japan is one of the oldest land masses in the world. The country is believed to be more than 15 million years old.

21. But while Japan as a land mass had been in existence for millions of years, the country was first organized as a nation in 660 BC by Emperor Jimmu.

22. Like most countries, Japan was cut from the rest of the world for centuries despite tracing its history to pre-historic times. The country was first discovered in 1543 by three Portuguese travelers whose ship drifted ashore on Tanagashima, a tiny island located near Kyushu. The three explorers would later go down in history as the first Europeans to visit Japan.

23. Japan tactically avoided foreign engagements, choosing to trade only with the Dutch and Chinese. That’s part of the reason the country wasn’t colonized.

24. Although it was never colonized by western powers, Japan became a colonizer itself. Korea and Taiwan are among the notable countries that were colonized by Japan. 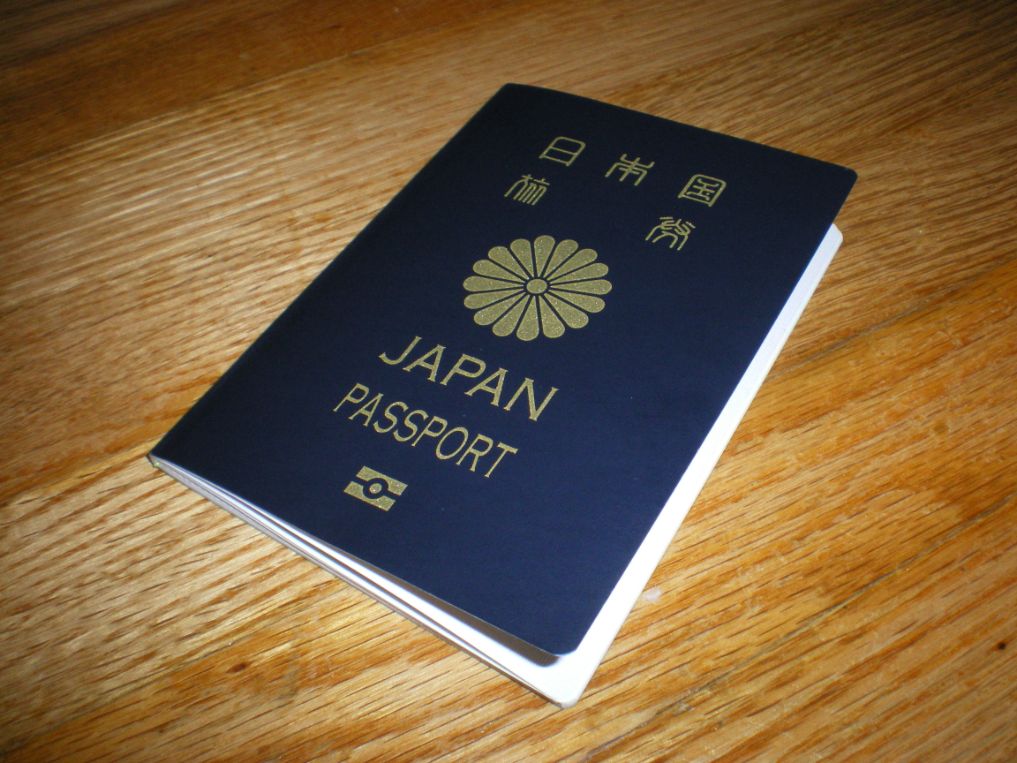 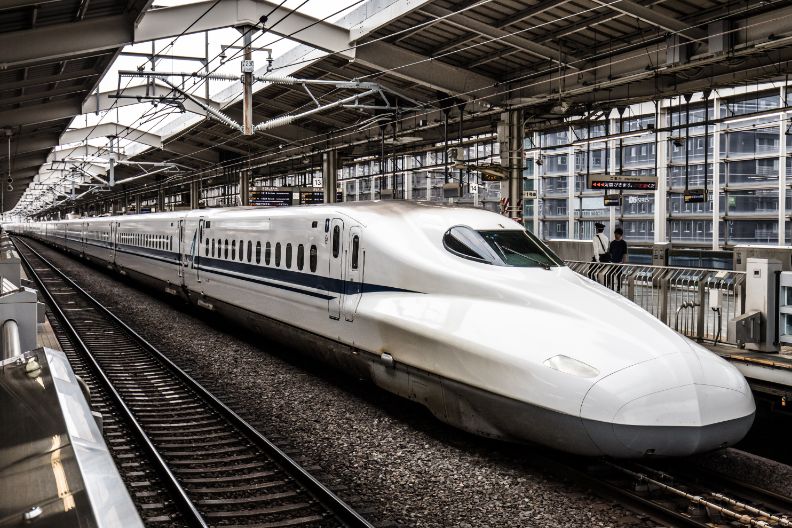 29. About two-thirds of Japan’s population is concentrated in urban centers, with the Tokyo metro area accounting for one-third of the population.

30. According to the World Health Organization (WHO), Japan boasts the highest life expectancy at birth, with an average age of 84.

31. Japan also has the highest proportion of older people. More than a quarter of the country’s population is aged 65 or over.

Related  7 Things Every Traveler Should Know Before Visiting Japan

Facts about the Japanese Language 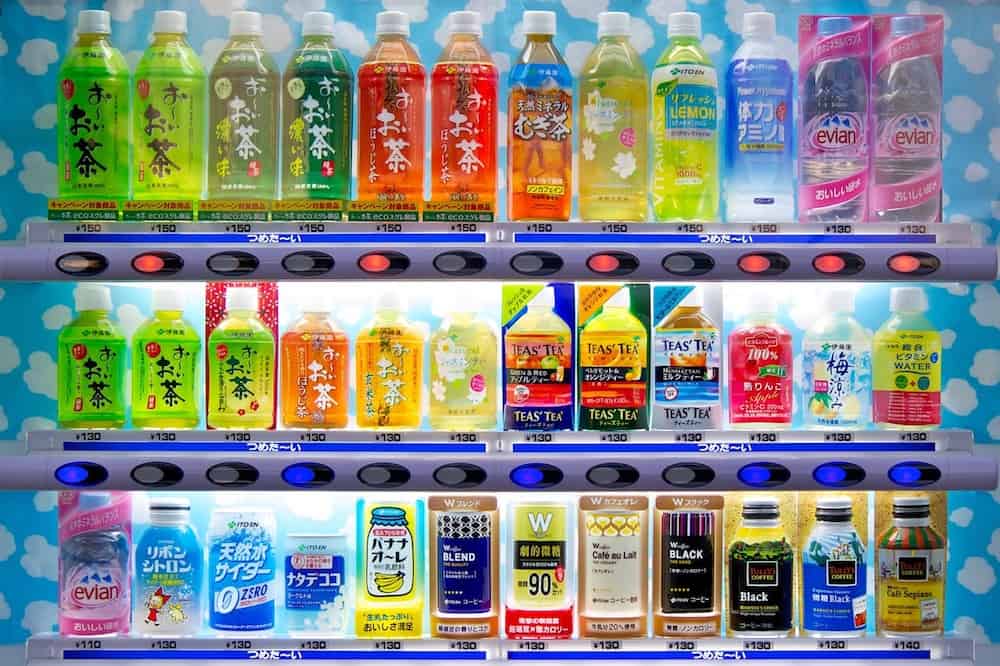 32. Japanese is the main language spoken in Japan. It’s known as Nihongo by the Japanese people themselves.

33. Japanese utilizes three different writing systems. They include the two native Japanese alphabets katakana and hiragana, and the Chinese characters kanji. Kanji and hiragana are typically used in forming regular Japanese words and sentences while katakana is mainly used for foreign loanwords and while adding emphasis.

34. Although Japanese and Chinese share the same kanji characters, the two languages are distinct from each other. That’s because Japanese originally existed as a spoken language until around the 5th century when Japanese scholars introduced the spoken version by borrowing Chinese characters.

35. The Japanese language has no articles or plurals. There’s no emphasis on intonation either.

36. In addition to Japanese, there are two other major languages spoken in Japan. They include the Ryukyuan languages and the Okinawan languages. 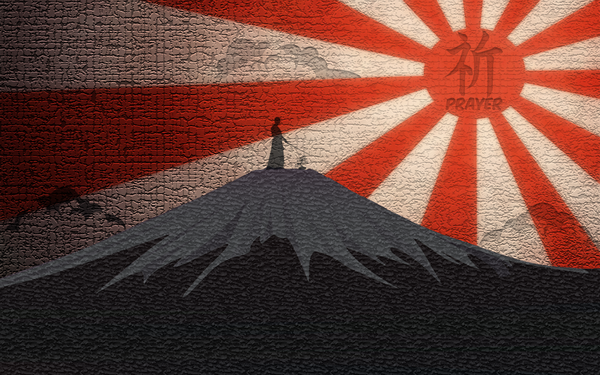 37. Shintoism is the most dominant religion in Japan, with around 70% of the population subscribing to Shinto practices. Buddhism comes second, accounting for over two-thirds of the population.

38. Shintoism is both a religion and a culture.

39. Christmas is more of a romantic than religious holiday in Japan. That’s due to the small number of Christians in the country (only about 2%).

41. The Japanese people also have a penchant for playing video games. Well, that’s unsurprising considering that the country is home to amazing videogame consoles like PlayStation and Nintendo.

42. Gambling is illegal in Japan.

45. In the 7th century, Japanese rulers then passed Buddhist laws that prohibited eating meat, except meat from fish and birds. These laws would be observed for centuries until they were broken by the Meiji Emperor in the 19th century.

46. Sushi and sashimi are the world’s most popular foods with a Japanese origin.

47. Slurping your noodles (or any food for that matter) is considered polite and highly encouraged in Japan.

48. Japan is the world’s largest importer of seafood. According to estimates, the Japanese people consume as much as 17 million tonnes of seafood annually.

50. Bonsai is the Japanese art of growing, caring for, and training miniature trees in containers.

51. Origami is the Japanese art of folding objects from paper to create both 2-dimensional and 3-dimensional subjects.

52. Ikebana is another famous Japanese practice. It refers to the art of arranging flowers by paying attention to both the pattern created and the spacing between the patterns.

53. Kimono is a traditional Japanese garment worn by men and women alike.

Related  Is Mephobia (Fear of Being Awesome) A Real Thing?

55. Interestingly, the original geishas were men.

56. Japan is the only country with a major festival dedicated to the phallus. The festival is locally known as Kanamara Matsuri.

Other Fun Facts about Japan

57. The samurai were once very powerful and revered in Japan. From around the 12th century to the end of feudalism in the 19th century, the samurai had a license to kill anyone, including commoners who undermined their honor. Even more fascinating is that the samurai participated in seppuku (ritual suicide) as a way of punishing themselves for dishonoring their masters.

58. Japan bore the brunt of World War II. On August 6, 1945, an American B-29 bomber dropped the first atomic bomb ever to be deployed over the Japanese city of Hiroshima. Hundreds of thousands were killed, 80,000 of whom died instantly and tens of thousands others by radiation exposure.

59. After a series of devastating bombings during World War II, Japan surrendered on September 2, 1945 in what would later be described as ‘The Surrender of Japan.’ This marked the end of World War II and the first time for Japan to bow to international pressure.

60. Following experiences from World War II, Japan renounced its right to declare war. However, the country maintains one of the world’s strongest militaries.

61. Late night dancing was illegal in Japan until 2015. The ban was imposed after World War II as a way of cracking down on prostitution.

62. Japan is synonymous with cherry blossoms, which are the country’s unofficial national flower. Cherry blossom festivals are held throughout Japan in March and April.

64. Japanese people use their smartphones even in the bath. No wonder most smartphones manufactured in or imported into the country are waterproof.

65. Japan is the country with the second-highest number of vending machines after the United States. But when you factor in Japan’s smaller geographical area, the country has the highest vending machine density in the world. You can buy virtually anything using a vending machine, ranging from cars to clothing, food, etc.

66. Sleeping on the job is highly recommended in Japan. It’s thought to improve workflow, speed, and overall productivity.

67. The oldest company on the planet was established in Japan. It was a construction company known as Kong? Gumi, which operated for over 1,400 years from 578 AD to 2006.

68. Japan is one of the world’s safest countries. Crime rates are incredibly low, probably due to the relatively high living standards of most Japanese people.

69. Ironically, Japan has one of the highest suicide rates in the world.

70. Japan has one of the highest (if not the highest) literacy rates. We’re talking 99% of people aged 15 or over being able to read and write.

From breathtaking sceneries to hospitable locals and diverse cuisines…..there’s no end to the amazing things to love about Japan. What more incentive do you need to plan a vacation to this beautiful country?