Many card games are notoriously labeled NSFFGN (not safe for family game night). That’s due to their somewhat explicit nature.

Since family game nights typically involve the entire household (including children), it’s important to exercise due diligence when choosing a perfect card game to play on these occasions. Fortunately, there are plenty of G-rated card games that you can play to have a fun family game night while also strengthening family bonds.

One admirable thing about family-friendly card games is their incredible portability. Most of these games can be easily tossed into the backpack, making them an essential travel item if you’re going on an all-family vacation.

Family-friendly card games also pride themselves on their simplistic gameplay. There’s virtually no learning curve involved and kids as young as five years can easily get the hang of it.

We’ve prepared a collection of six classic (and near-classic) playing card games that you can play on your next family game night. 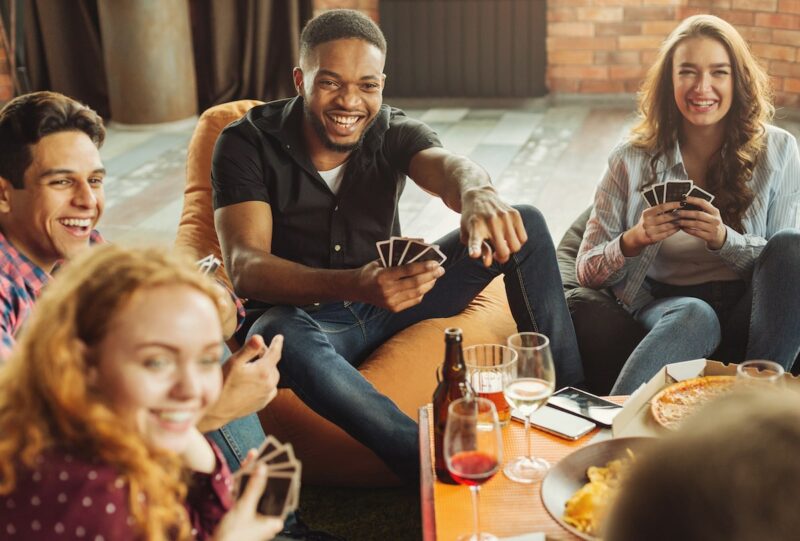 Crazy Eights is a shedding-type card game that requires between two and seven players. The objective is to be the first player to discard all your cards. All you need to get started is a 52-card deck.

NB: If a player is unable to match the top card in the stockpile, they’re allowed to draw a card from the pile that matches the top card.
v. The first player to empty his hands wins the game. 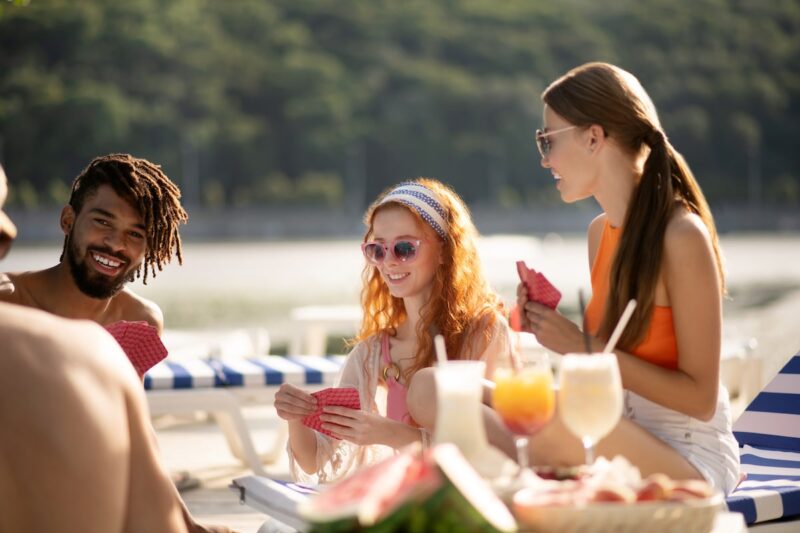 Snip-Snap-Snorum, also known as Snip-Snap-Snorem, is a matching-type card game for three or more players, which requires a standard 53-card deck. The objective is to be the first player to lose all your cards.

i. Deal the cards out completely one at a time, without worrying if some players receive more cards than others.
ii. Players take turns to play, with each player required to match the card that’s just been played before his.

NB: A player must say one of the words “Snip!”, “Snap!” or “Snorem!” if their card matches the just-played card in a given sequence.

For instance, if a “Queen” is played, the next three players must call out “Snip,” “Snap,” or “Snorem,” respectively if they also happen to play a Queen. 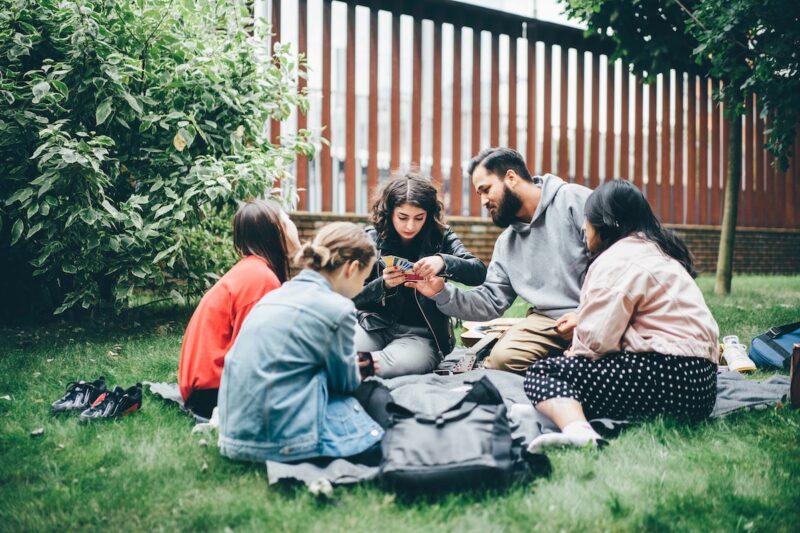 Slamwich is a real-time food-themed pattern-recognition card game that’s somewhat similar to Slapjack, which can be played by at least three players. The game is played using 55-card decks that have been die-cut to resemble slices of bread, and the objective is to collect all the cards in the deck.

i. Before starting the game, ensure you identify the food as well as the thief and muncher cards.

NB: Food cards are 44 in number and are decorated with various types of sandwich toppings, including jelly, peanut butter, eggs, and pickles.

Thief cards are three in number and feature a running child donning a striped shirt that’s complete with a bandana.

Lastly, the muncher cards are eight and are considered the game’s special action cards.

ii. After isolating the different card categories, one player shuffles then deals the cards one by one.

NB: The cards should be dealt evenly and face down. Any remaining cards are placed face up at the center of the table.

iii. Players take turns to flip over the topmost card in their pile and add it to the center pile, face up.
iv. Players slap the center deck whenever two identical cards appear consecutively.

The first player to slap a Slamwich (cards in an A-B-A pattern) keeps all the cards in the center pile and ultimately wins the round.

v. When you spot a thief card, yell “Stop Thief!” and then slap the center pile.

Again, the first player to do this gets to keep all the cards in the center pile and wins the round.

vi. Players can also win the cards in the center pile by playing a muncher card.

However, you can overrule a muncher card by placing down a Slamwich or a Double Decker (card higher in rank than the one that’s just been played).

vii. The game ends when one player has all the cards. 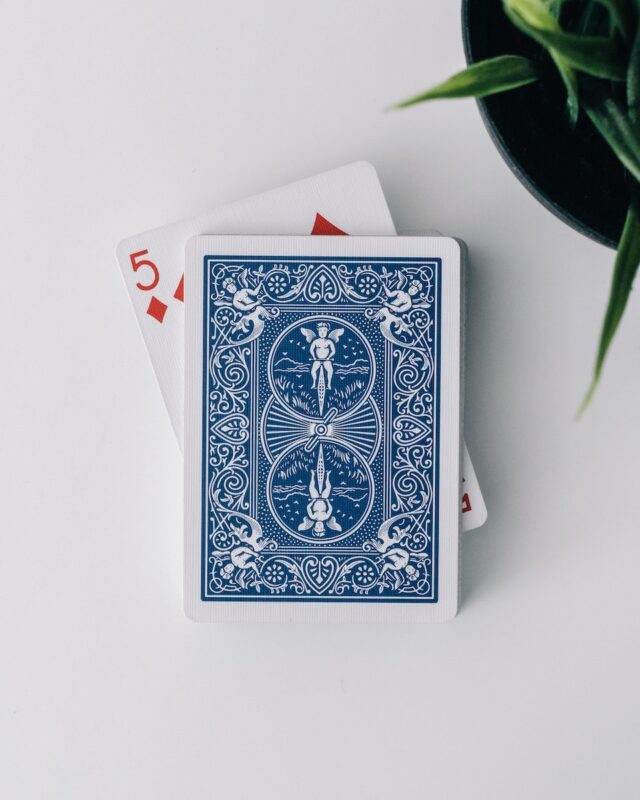 If you’re looking for a perfect memory card game to play on your next family game night, you might want to consider Rat-a-Tat Cat. Rat-a-Tat Cat consists of four sets of cards assigned numerical values from 0 through 8. There are also 9 copies of a 9 card and 3 of each of the power cards namely Peek, Swap, and Draw 2. The goal is to discard high-value cards and end up with four cards whose sum gives the smallest point value.

i. Players receive four cards which are dealt in a row, face down.
ii. Each player is required to turn over the two outermost cards in their raw at the beginning of each game.

NB: Players are forbidden from looking at any other cards during gameplay, except with the use of a Peek card.

The remaining two cards constitute a draw pile, with the top one turned over to form a discard pile or shuffled back into the draw pile for a replacement card in case it’s a power card.

iii. Players then take turns to pick a card.

Cards taken from the discard pile can be used to replace face-down cards.

iv. The discard pile is reshuffled and the cards placed face down upon exhaustion of the draw pile.

NB: A Peek card allows a player to peek through one of their face-down cards.

A Swap allows a player to switch one of their cards with a card from another player.

A Draw 2 allows a player to draw another card from the same pile and use the card as though it were a normal turn.

v. When a player’s turn ends, they may choose to end the round by saying “Rat-a-Tat-Cat.” 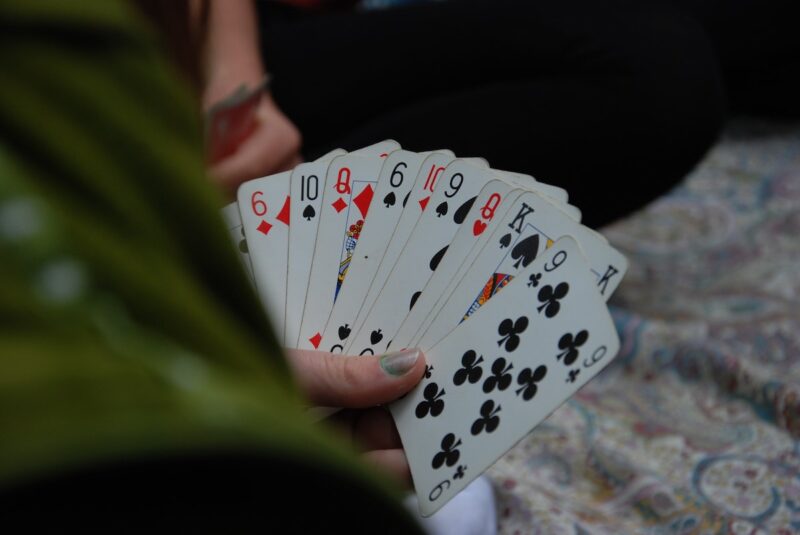 Donkey is another cool card game that you can play on a family game night. Also known as Pig, Donkey is typically a collecting card game played with a 52-card pack, and is ideal for five or six players. The game requires stealth and memory, with the goal of becoming the first player to collect a quartet (also known as a book).

i. Divide the 52 cards into as many quartets as possible, depending on the number of players.
ii. Each player chooses a card to discard and passes it over to the player on their left, face down.

This happens simultaneously and not in rotation. It ensures a player cannot use the received card to determine what to shed.

iii. The first player to collect a quartet wins the round.

NB: Players shouldn’t announce that they have a quartet. Instead, they should place their hands down quietly and touch their nose, keeping their hands there until the other players figure out what’s going on.

The rest of the players should do the same, with the last player to touch their nose (known as a Donkey or Pig) declared the loser. 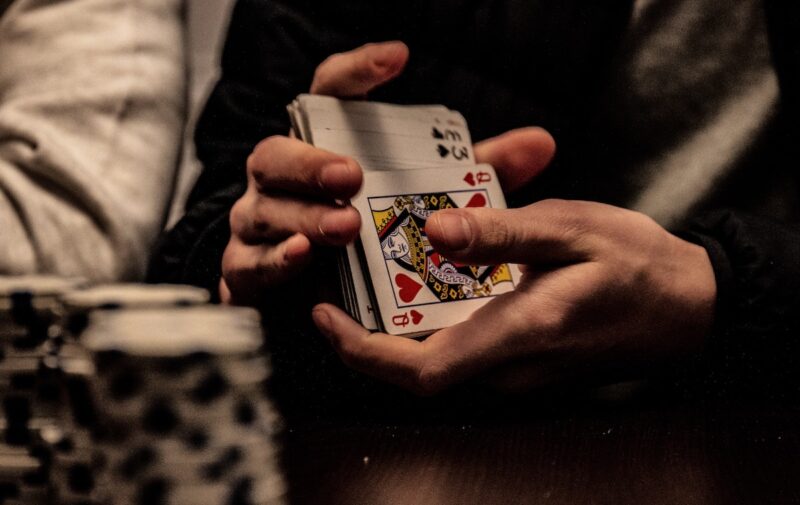 Go Fish, or simply known as Fish, is a card game typically played between 2 and 5 players. However, the game can accommodate as many as ten players. The aim of Go Fish is to collect the most sets of four. It’s perfect for parents who wish to teach matching and memory skills to their kids.

i. Each player receives 5 cards from a 52-card deck.

Aim for 7 cards each if there are only two players.

ii. The remaining cards are placed face down.
iii. When it’s your turn to play, you ask another player to reveal a card from their pile that contains a specific face value.

You must have a card of the rank you requested.

iv. If the other player has the requested card (s) in their pile, they show it to everyone else and hands it/them over to you, after which you get another chance to play. But if they don’t, the player will ask you to “go fish.”

When you go fishing, you simply draw a card from the pool and place it in your own hand, after which the next player takes turns to do the same.

v. Whenever a player has four cards of the same face value, the cards form a book and must be placed in front of that player face up.
vi. The game ends when all the card sets have been piled in books, and the player with the most books becomes the ultimate winner. 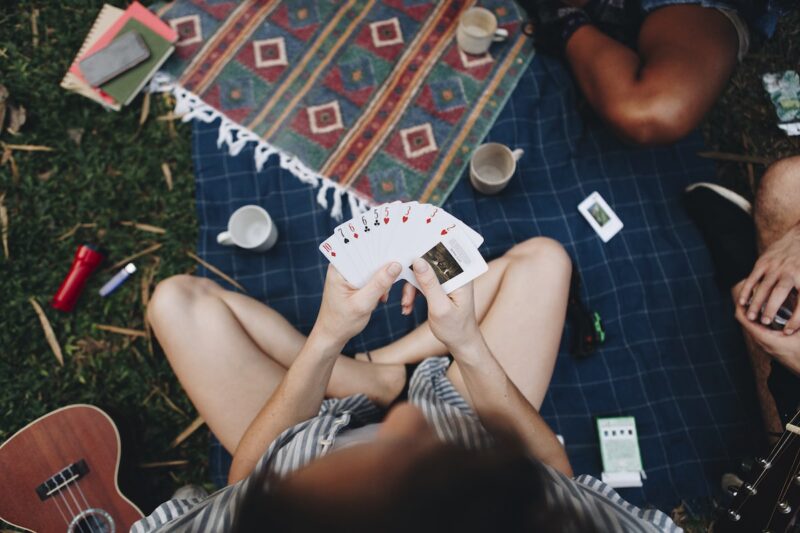 There are plenty of card games considered perfect for a family game night and we cannot possibly exhaust them in one post. The above-listed games made the list mainly because they’re suitable for adults and children alike.

Not only are these family card games easy and fun to play. They can also help parents impart valuable skills to their kids.