Working in music can be a fickle career, especially for those who aren’t willing to do whatever it takes to rise above the competition.

The music industry can very easily take an energetic musician or producer and spit them back out without a second thought.

But some highly-skilled contemporary music-industry professionals are proving that it’s possible to succeed by doing more, rather than specializing in one area and leaving it at that.

We talked to one such professional recently: Farrokh Shroff. Let’s take a brief look at his career so far.

Farrokh Shroff is hard to pin down, simply because he has accomplished so much in the music industry and worked in so many different areas of that industry. 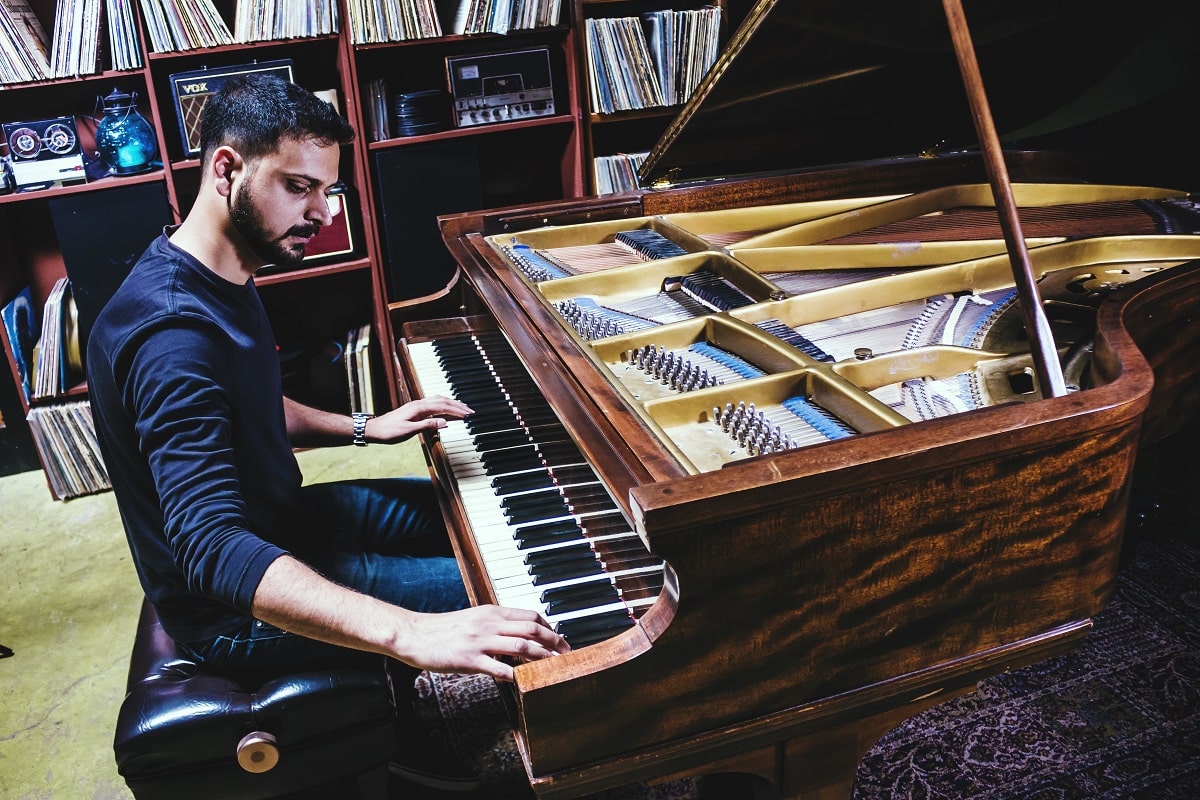 Shroff has recorded and performed his own music as F.N.S, worked on an Oscar-nominated short film titled, Walk, Run, Cha Cha, recorded or assisted major acts like Lupe Fiasco, Fitz & the Tantrums, and John Fare of the Los Angeles Philharmonic.

On top of that, Shroff is a skilled guitarist, composer, and producer, as well as being the studio manager for Red Gate Recorders and Limitless Sky Records, where he is also the in-house composer and recording and mixing engineer.

Shroff says of his own versatile career,

“I love to learn and explore new ideas and concepts. Music is amazing because you can continue to learn all your life. Sometimes it’s a piece of gear that inspires me or something someone said that triggers certain thoughts.”

Shroff applies creativity to everything he does, and as we’ve made clear, he does a lot.

With this in mind, it’s time to hear what Shroff has to say about his work and the landscape of the music industry today. 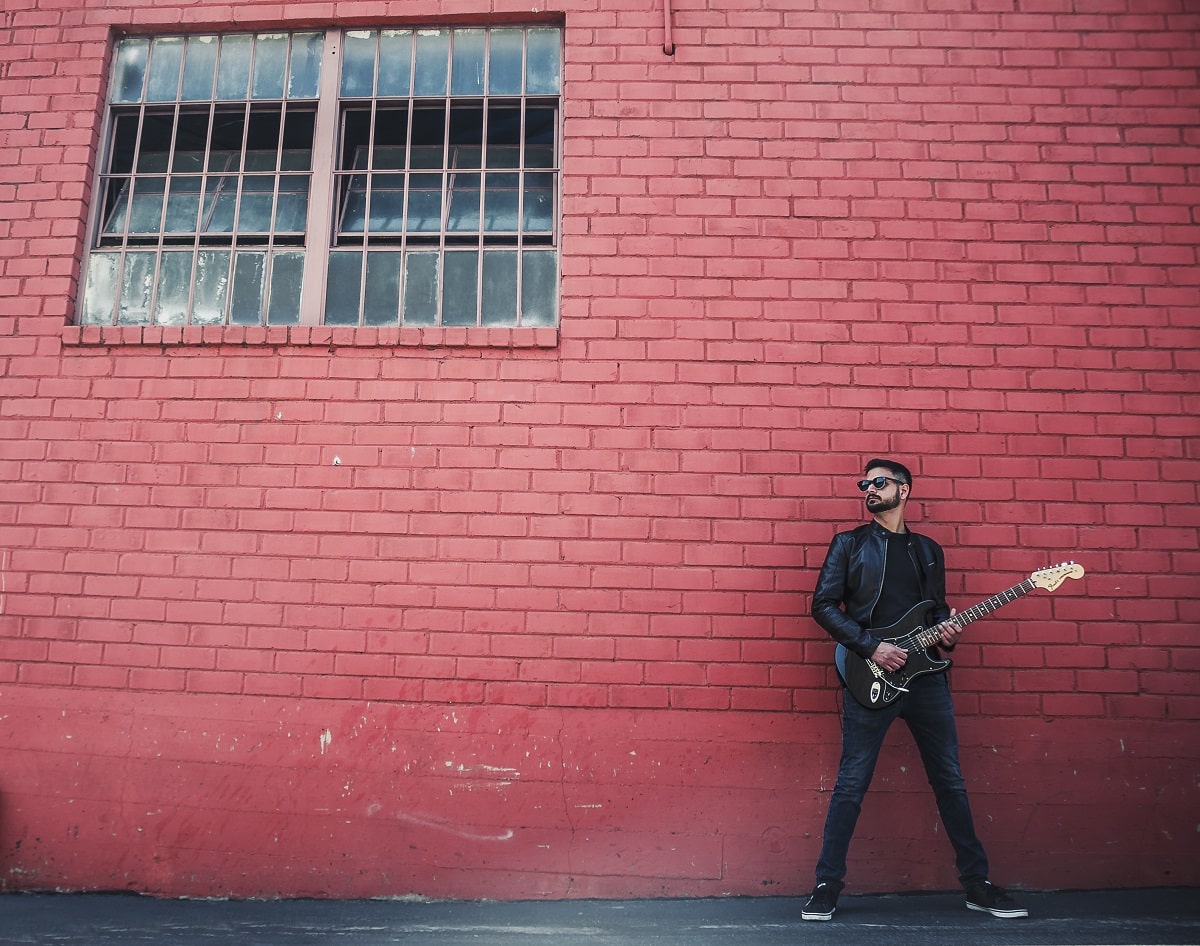 Outsiders tend to see the music industry as a path to stardom. In fact, if you just say the words ‘recording artist,’ most people will immediately think of some of their favorites, as well as those ultra-famous performers who managed to make crazy amounts of money.

We think of The Beatles, Taylor Swift, Michael Jackson, and Billie Eilish, and while it’s true that some find great success specializing in one or two areas, this is also incredibly rare, and, paradoxically, it can even be limiting for musicians hoping to stretch themselves and try new things.

The music industry has changed quite a bit in recent decades. It’s no longer an industry where young musicians come flooding in, hoping to become lumps of clay to be molded by major record labels.

Specialization, on the whole, has gone out of style in a big way. The name of the game now is versatility.

Yes, it’s great that you can handle studio mixing, but can you do it live?

Currently, the more skills you can bring to the table, the better. Or, as Shroff puts it,

“One of my mentors told me the more skills I have, the more work I will get, and that stuck with me. I didn’t know where I would end up, but I was always open to learning new skills and exploring different genres.”

Not only has this approach worked incredibly well for Shroff and his career, but it may also be the new norm for music professionals in the future: more skills, greater versatility, and a well-rounded perspective. 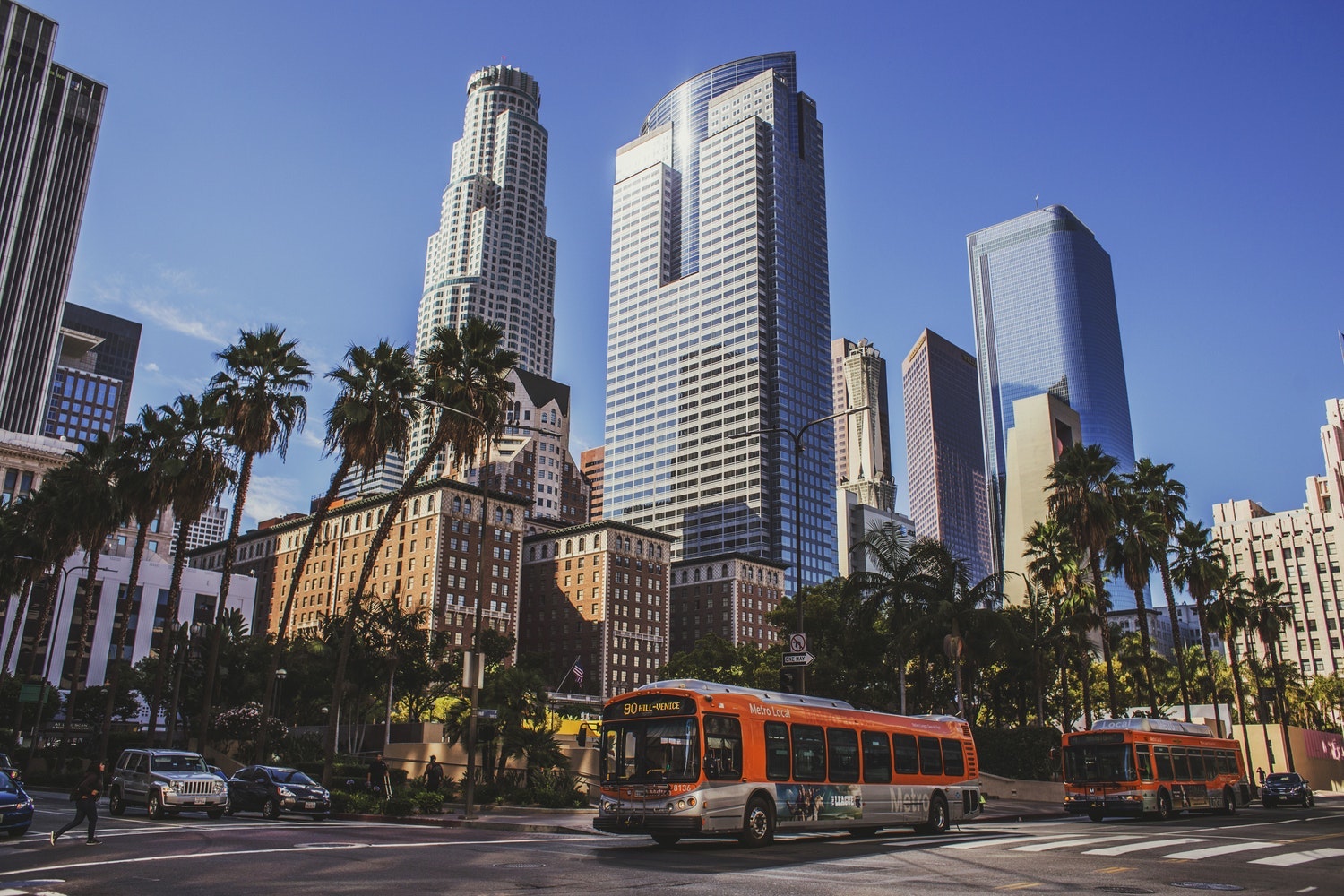 Shroff has spent much of his career in Los Angeles, which remains the center of the entertainment industry, not only for the United States but for the entire world.

Though the L.A. music scene looks very, very different than it did back in the 80s, Shroff tells us that there is still a very strong sense of collaboration and creativity, which is something that he gets to experience by working with many different kinds of artists.

“Working in Los Angeles is great because you have all kinds of clients looking to record at the studio, people from different genres and of different ages as well. This results in many interactions with peers you can learn from and let their music inspire you.”

Collaboration has always been a part of music, even going back to ancient times when music creation and performance was synonymous with communal activity.

Still, it’s encouraging to hear that, even in the age of digital music creation and remote production, this spirit of collaboration is alive and well.

Indeed, even music recorded and mixed by collaborators located thousands of miles away from one another is an expression of the worldwide musical community as it is today.

Also, as the world starts to move on from the challenges of the pandemic, it’s guaranteed that on-stage collaboration in the form of live music will once again become a popular way for musicians to share these collaborations with audiences both big and small.

In fact, if you’re not a musician yourself, the next time you see a live music performance, try to pay special attention to the ways in which the different musicians feed off each other’s creativity, even if it’s only the way that they look at each other to time out tempo changes or a shift in the energy of a song.

So many of these intricacies can pass by unnoticed when you’re not looking for them. 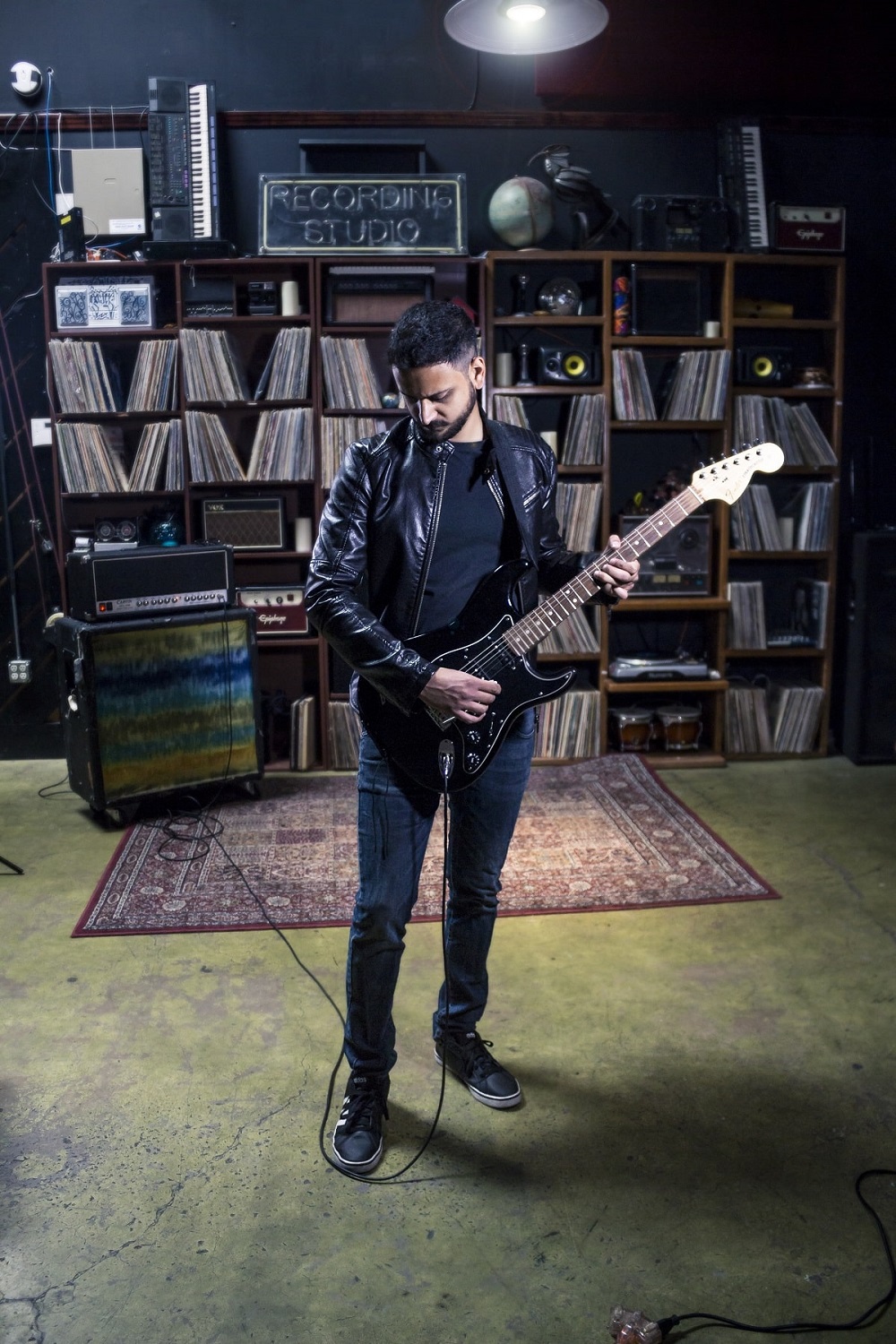 Given Shroff’s impressive slate of skills and his extensive resume, is there ever a time when he has felt especially challenged in his work?

The answer is yes:

“The most challenging would have to be when I was working as the live sound and recording engineer at the Nokia theater, or NOVO, in Los Angeles for rapper Lupe Fiasco. The stakes were very high and time was short, but it went really well in the end.”

Naturally, working in a live music environment is much more hectic for everyone involved, from the techs and the engineers to the performers going out on stage.

Even when everything has been planned out ahead of time, there are just so many variables at play. Despite that, Shroff explains that, when working live shows or just working with high-caliber talent in general, it’s best to come prepared and adjust to the situation as needed:

“When you are hired for jobs like these, you may or may not know who the talent is. Therefore, one has to arrive at every gig fully prepared for any situation. When you know you can provide the services you need to, the work becomes easy. This obviously comes from preparation and experience.”

Maybe the biggest lesson of all here is that, even with experience and know-how, challenges still come up. But instead of seeing them as obstacles, viewing them as demanding and exciting jobs can make it easier to stay focused and succeed.

Part of something larger

In a way, the history of music is a history defined by moments of innovation. In the very early days of music, innovation came from creating and refining instruments.

Later, innovation was based in the establishment of cultural music structure and norms.

Later still, musicians and composers started combining many different instruments into ensembles and eventually into orchestras.

Composers and songwriters challenged the limits of musical expression through new and compelling methods.

The 20th century, in itself, was a wave of musical innovation, from the invention of various recording techniques to evolving genres to the eventual creation of electronic and purely digital instruments.

Like any other art form, music always has room for new ideas and significant challenges to the status quo.

Given Shroff’s involvement in a much wider musical community, we wanted to know whether he feels like he is contributing to new ideas here in the modern age.

He does, but he also notes that it’s very important to know when to innovate:

“There is no doubt that I am a part of a much larger community. However, thinking outside the box to create completely new or alternative ideas can be high risk, high reward. You have to be sure that the rest of your team is on-board. If they are, the experience can be extremely exciting.”

Innovative ideas are best explored by groups of musicians and musical professionals, and it’s fascinating to see what musicians and producers are coming up with, especially when they’re surrounded by so many other talented professionals who are ready to push boundaries.