Who Is Floyd Mayweather?

Mayweather competed in professional boxing from 1996 to 2007, took a hiatus and returned to the ring in 2009, after which he remained active till 2015. He again took a break from boxing, before making a one-fight comeback in 2017.

Floyd Sr., Mayweather’s father, was also a professional boxer, and introduced Mayweather to boxing as soon as the young boy could walk. When he was 7 years, Mayweather was fitted for a pair of boxing gloves. His interest in boxing steadily grew, and he would now frequent the local gym without necessarily being accompanied by his dad.

In 1993, Floyd Sr. was incarcerated on cocaine trafficking charges. This dealt a major blow to the young Mayweather’s dreams of becoming a boxer. And the fact that his mother, Deborah, was also struggling with substance abuse only compounded his woes.

However, Mayweather pushed on. His determination on the ring saw him win the national amateur Golden Gloves in 1993, as well as 1994 and 1996.

And on October 11, 1996, Mayweather officially became a professional boxer. In 1998, he captured the WBC super featherweight championship title by defeating Genaro Hernandez. Since then, he never looked back.

Here are some of the memorable fights that Floyd Mayweather has participated in (and won):

Not forgetting, his last major ring activity against Conor McGregor on August 26, 2017

According to Celebrity Net Worth, Floyd Mayweather’s net worth as of July 1st, 2021, was $560 million. However, other sources put the figure much higher.

For instance, Investopedia reports that the boxer’s net worth is somewhere between $700 million and $1 billion. According to GoBankingRates, Floyd Mayweather is one of the only three athletes to have earned more than $1 billion in the course of his career.

In terms of seven-figure earnings, Mayweather follows in the footsteps of Tiger Woods and Michael Jordan, each of whom have earned roughly $1.5 billion in their athletic careers.

Some of the most profitable fights that Mayweather took part in include;

• The May 2015 fight against Manny Pacquiao, where Mayweather is reported to have pocketed roughly $250 million, and
• The August 2017 fight against Conor McGregor, where the boxer earned a whopping $275 million.

But even before these two encounters, Floyd Mayweather was already taking home some hefty paychecks throughout his boxing career spanning more than a decade.

In addition to fighting, Floyd Mayweather is also a professional boxing promoter. He promote boxing events and tournaments through his own promotion company known as Mayweather Promotions.

Mayweather has also entered into various endorsement deals, with Celebrity Net Worth reporting that the boxer earns at least $10 million annually from endorsement contracts.

Floyd Mayweather has since retired from professional boxing. Most recently, he has appeared in Wrestlemania and Dancing with the Stars. The boxer has also recorded a rap song, purchased a boxing gym, and lives an insanely lavish life.

He doesn’t shy away from sharing glamorous photos of him in mansions, boats, jets, and stacks of cash on his social media handles. Floyd Mayweather hasn’t just earned his money, he also knows how to put it to good use.

He is reported to own more than 100 cars, which includes a fleet of all-black and a fleet of all-white luxury cars. He is also an avid gambler. Reports indicate that he once bet more than $1 million on a football game in an Oregon college. He also claimed to have won $830, 000 on one night out of his gambling endeavors. 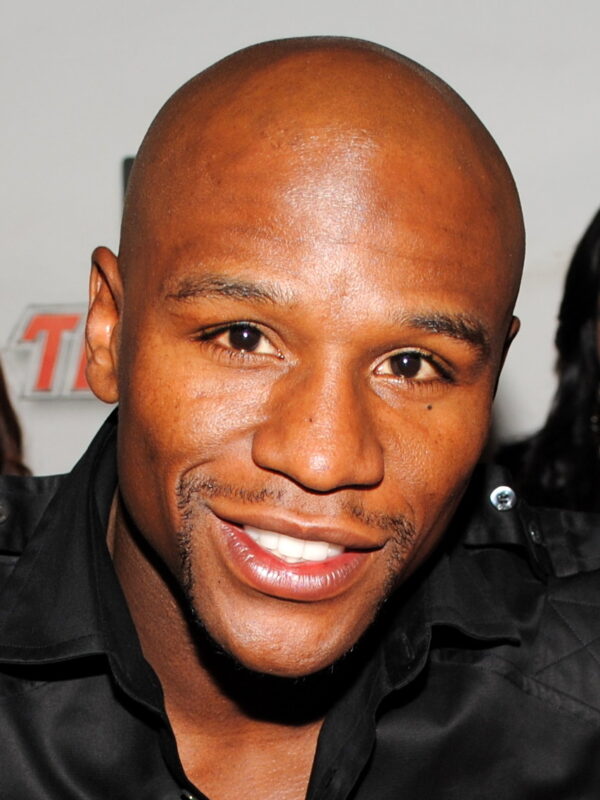 Floyd Mayweather’s story epitomizes that of a true fighter. The young Mayweather faced severe obstacles that threatened to paralyze his career, especially after the incarceration of his father who also doubled up as his trainer. It would have been convenient to quit, but Mayweather had other plans.

Mayweather also teaches us about the importance of putting your money to good use. Yes, most of us spend our entire lives creating wealth but forget to treat ourselves to the finer things in life.

And through Mayweather’s success story, we can also appreciate the need for a strong work ethic. He may be a lavish spender, alright. But if it weren’t for his deep commitment to work, he would have wound up bankrupt.

The following are some famous Floyd Mayweather quotes:

“All work is easy work.”

“If you’re the best then take the test!”

“Showing is better than telling.”

“The ultimate goal is to always break records.”

Floyd Mayweather is unarguably the best boxer of all time. He retired from professional boxing with an unbeaten streak. So, it’s understandable why he also ranks among the wealthiest athletes.