Online job information sites like PayScale and Glassdoor are invaluable tools for any employee who want to walk into their boss’s office and negotiate their way into better salary.

But if you just walk into that office and say “I think I deserve a $5,000 raise in my annual salary” without explaining your reasoning for why you deserve that raise, you just might get laughed out of the room.

The problem is that you’re biased. In this situation, your boss has a point – of course you think you deserve a raise. Everyone wants more money. If you tell your boss that you believe you’re making less than the average person in your situation, you better have some data to back that claim up.

That’s exactly what Glassdoor does. If the data is in your favor, you can make a convincing, objective case for why you should get the raise.

But freelancers who work remotely and charge by the hour don’t have a tool similar to Glassdoor that they could use to improve their payment negotiating position with employers.

Also, freelancers face a significant disadvantage that salaried workers don’t have to deal with. Clients come and go, so freelancers are constantly scrambling to find new work in order to pay the bills and remain financially stable. They’re often afraid to set their rates high, because they don’t want to drive clients away.

If they only knew what the average worker in their field with their level of experience was making, they might be confident enough to set their rate where it truly should be. And if they had some way to present this information to clients, they would have a better chance of actually earning this rate as well.

From thousands of contracts & invoices to Freelance Rates Explorer

Bonsai has built an online tool that provides freelancers with exactly this kind of information, along with an intuitive way to present this information.

All you have to do is go to Freelance Rate Explorer and toggle through the options for job, expertise, experience, and location to see what people in your situation are making.

Our main service at Bonsai is creating contracts for freelance designers and developers. We’ve created thousands of contracts, which has provided us with an incredible amount of detailed information about how much money different kinds of freelancers make. We took this data, bolstered it with user surveys, developed an attractive and easy-to-understand way to present this information, and voila! Rate Explorer was born. 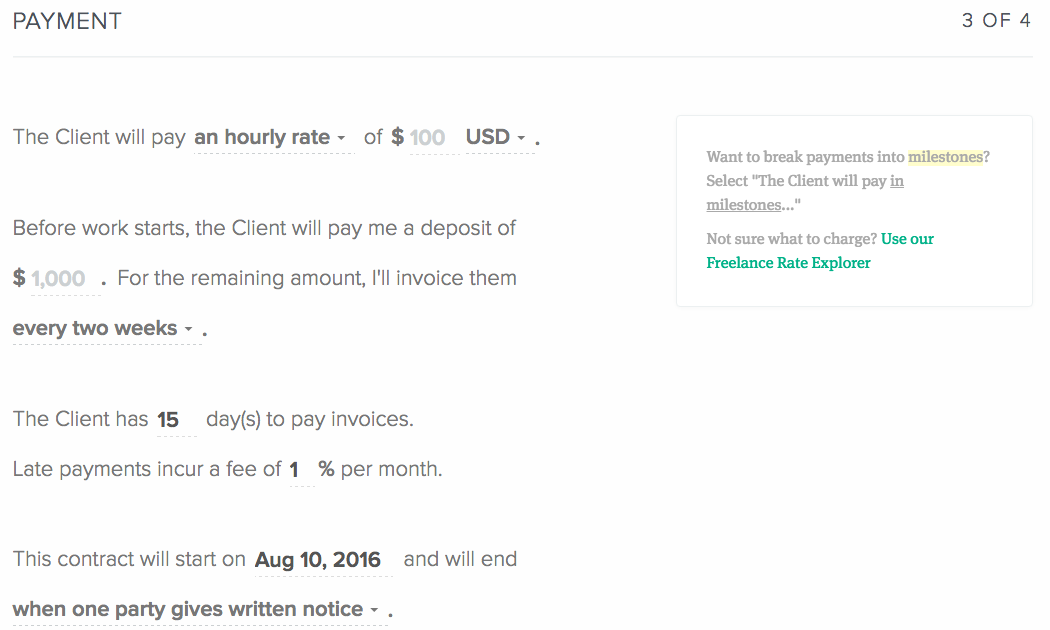 Main insights from the data:

We’ve come across a few particularly interesting insights while building Rate Explorer, including:

We found that most designers make less than $60 an hour. Also, developers make about 30% more than designers on average.

There are a few different reasons for why this is the case. For one, there are more designers in the job market than developers. That’s simple supply and demand. Also, developers are more important to most projects than designers.

2. Location Matters, Even for Remote Freelancers

With an onsite job, you’d expect location to be a huge factor in pay rates. In areas where the cost of living is higher, the salaries have to be higher as well to compensate.

Somewhat surprisingly, where a freelancer is located has an effect on how much that freelancer makes, even though their actual assignments can be based anywhere across the country or even around the world.

Freelancers on either US coast make more than freelancers in the Midwest and southern states by about 10%.

3. Salaries Jump Up in the First Few Years of a Career, Then Level Off Over Time

Rates for freelance designers rise rapidly in the first three years of their careers. After those first three years, the growth in these rates tends to slow down. Rates hit a wall because design projects are often short-term and feature low barriers to entry, which serves to bring rates down.

For both designers and developers, the period in their careers when they see the biggest jump in pay is between 3 to 5 years of experience. 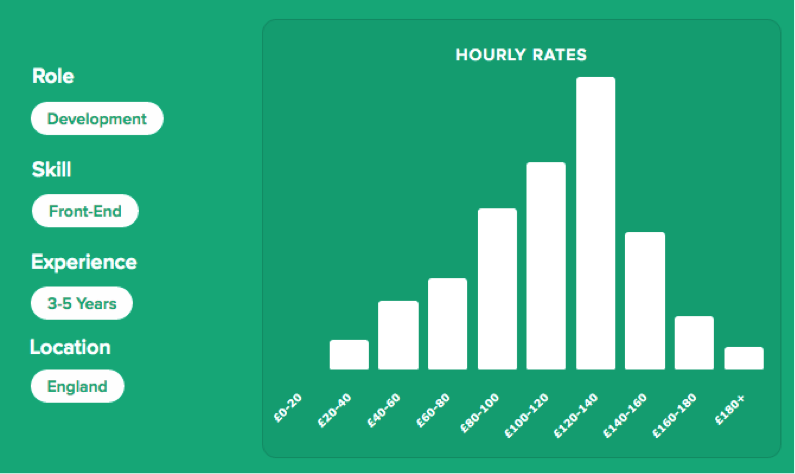 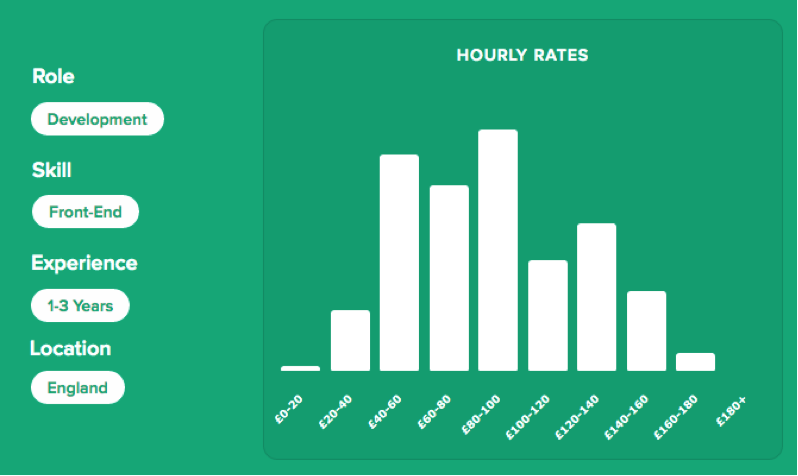 Our research shows that there are two main factors that determine how much money a freelancer makes: their portfolios and their networks of previous clients/other industry contacts.

So, the question for freelancers looking to earn more money then becomes how are you supposed to establish a strong portfolio and build a big network?

Well, for one, you’ve got to work hard.

High-paying clients are going to want to know what your previous clients think of you before they hire you for one of their projects, so you need to make sure that these previous clients have good things to say.

With time, effort, and useful resources like Bonsai’s Rate Explorer, freelancers can create satisfying and lucrative careers for themselves.