Who Is Gabriel Iglesias?

Iglesias launched his professional comedy career in 1997. He has since produced numerous stand-up specials for several television networks, including Netflix and Comedy Central. Some of his most iconic works include ‘I’m Not Fat… I’m Fluffy’ and ‘I’m Sorry For What I Said While I Was Hungry.’

Gabriel Iglesias has also acted in multiple films and television series over the years. He starred in the sitcom Mr. Iglesias which aired on Netflix. He also portrayed Tobias in the 2012 film Magic Mike as well as its 2015 sequel Magic Mike XXL.

Gabriel Jesús Iglesias was born on July 15, 1976, in San Diego, California, United States, to Jesús Iglesias and Esther P. Mendez. Iglesias was raised by his single mother who moved with her family across multiple California cities, including Riverside, Santa Ana, and Compton, before eventually settling in Long Beach.

Gabriel Iglesias worked for a cell phone company before venturing into comedy. In 1997, Iglesias finally launched his comedy career. He has never looked back since then. Iglesias has produced numerous stand-up commercials for Netflix and Comedy Central.

Iglesias, who once weighed 202 kilograms (445 pounds) before embarking on a dramatic weight loss journey, has made multiple references to his weight in his comic works. He comically uses the phrase “Oh, I’m not fat, I’m fluffy.” According to Gabriel, there are six levels of fatness. They include “Big,” “Healthy,” “Husky,” “Fluffy,” “DAMN!!!,” and “Oh Hell No!!.” 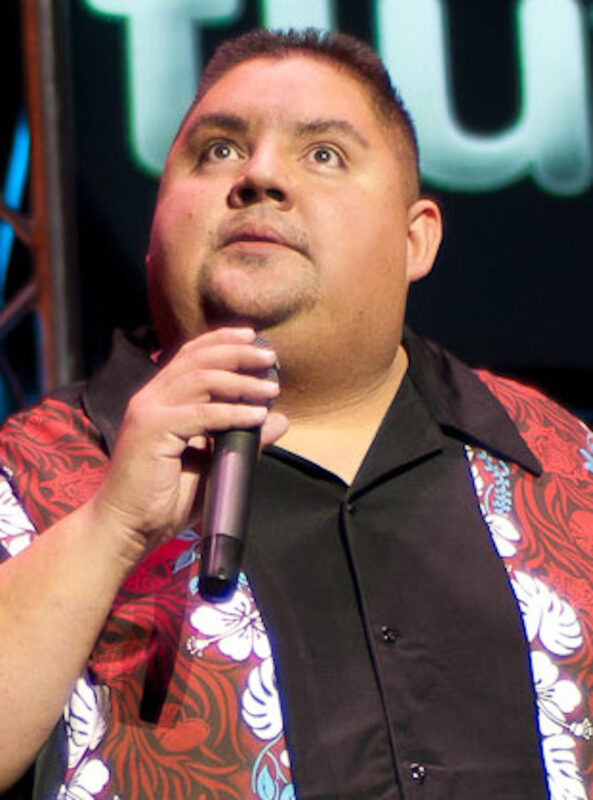 Gabriel Iglesias made his acting debut in 2000 by appearing as himself in 13 episodes of the Nickelodeon sketch comedy series All That.

In 2002, Iglesias appeared as Nabu on an episode of My Wife and Kids. The same year, he made his cinematic debut by appearing in the short film ‘Entre vivos y plebeyos.’

The following are other films and television series/shows that Gabriel Iglesias has featured in over the years:

Gabriel Iglesias has produced and wrote the screenplay for several television shows.

More recently, Gabriel Iglesias is known for being the executive producer of Mr. Iglesias.

Gabriel Iglesias has amassed a net worth of $40 million as of January 1, 2022. Acting and comedy account for the majority of his wealth.

Between June 2017 and June 2018, Gabriel took home a cool $21 million from acting, comedy, and his other endeavors. That was enough to earn him a spot among the 10 highest-paid comedians in the world over the same period.

1. Stay healthy; your dear ones depend on it

Gabriel Iglesias once weighed 445 pounds. Around the same period, he was diagnosed with Type II Diabetes and given two years to live. Following the sad revelation, Iglesias took it upon himself to lose weight. He also resolved to be more mindful of his health, arguing that his family still needed him.

It’s only comedians who can make a meal out of uncomfortable topics without drawing undue attention to themselves. Nonetheless, Iglesias prefers to steer clear of potentially emotive subjects like politics, religion, and sports.

3. Anything worth having is worth sacrificing for

Right before venturing into comedy, Iglesias worked for a Los Angeles-based cell phone company. His decision to go into comedy saw him lose his job and car, in addition to being evicted from his home.

• I know what it’s like to have a family and not have insurance and really need it. As a comic, insurance was one of those sacrifices I made early on until I could afford it.
• Being on TV sucks. It’s a lot of work. You memorize scripts and then you show up and they change everything. I’m a control freak. When I’m doing stand-up, I say what I want and then I get instant feedback.
• Connecting with people is not hard. I love the interaction and the feedback after shows. It does take some time, but the fans appreciate it which makes it worth it.
• I learned early on, stay away from politics, stay away from religion and don’t talk about sports. Those three right there will get you in trouble.
• I’m all about showing people that I’m a little messed up, I have a lot of the same problems you have. By exposing myself and putting myself out there, people can relate to me and my act won’t grow stale. I mean, nobody wants to hear a comedian say, ‘Life is great.’

Gabriel Iglesias is a comedian and actor who has been around since 1997. Iglesias has produced numerous stand-up specials for Comedy Central and Netflix, in addition to appearing in scores of movies and television shows. His current net worth stands at $40 million.