Game of Thrones is an award-winning HBO series created by David Benioff and D. B. Weiss. This epic fantasy is an adaptation of the book titled A Game of Thrones, which is the first of many novels from A Song of Ice and Fire series by George R. R. Martin.

Since it started, Game of Thrones has obtained a broad following. The fan base continues to grow and the critics have been very positive.

To broadly describe it, the story consists of dynastic struggles among the realm’s noble families for control of the Iron Throne of the Seven Kingdoms. The setting was inspired by a broad range of periods in European history, but based on Medieval Western Europe.

Game of Thrones explores issues of sexuality, crime, social hierarchy, religion, civil war, and punishment. Adding even more icing on the cake, the production is phenomenal and the characters are perfectly balanced.

Overall Game of Thrones is pretty awesome, but may not please everybody. You should definitely give it a chance by watching at least 1-3 episodes and hang on if you’re still interested.

For those of you who are already fans of the show, I’m sure we can all agree that the conception, development, filming, costuming, characters, and plot are well executed.

Like any successful TV series, you can always expect talented artists showing their love by creating beautiful fan artwork. Today we collected thirty gorgeous illustrations for your pleasure. Enjoy!

The wall by Marie Bergeron

Daenerys and Drogo by Mikuloctopus

Game of Thrones by Marie Bergeron

Game of Thrones by Richard Davies

Beyond the Wall by Fresh Doodle

A Game of Thrones by Elesey 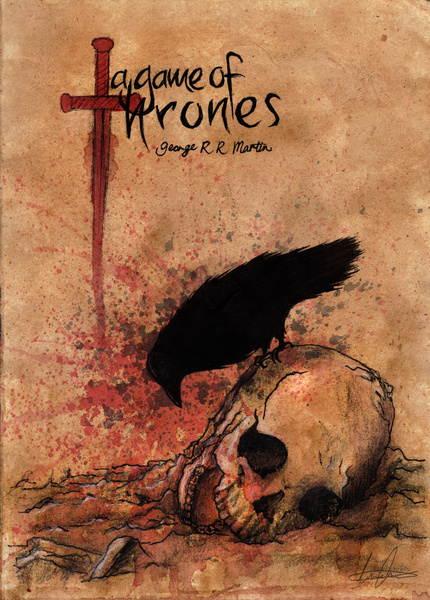 Game of Thrones by Organica Gran 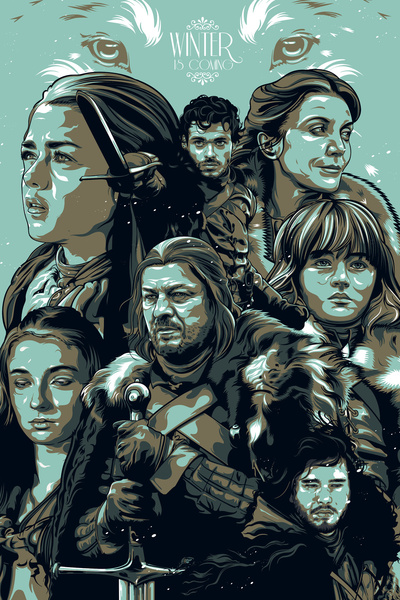 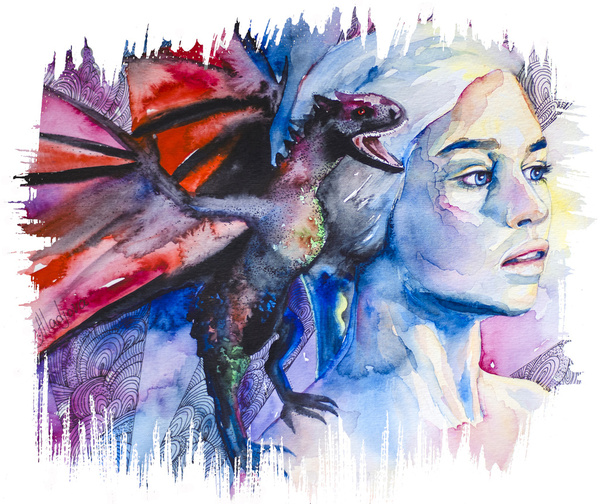 Game of thrones, winter is coming by Kanelov 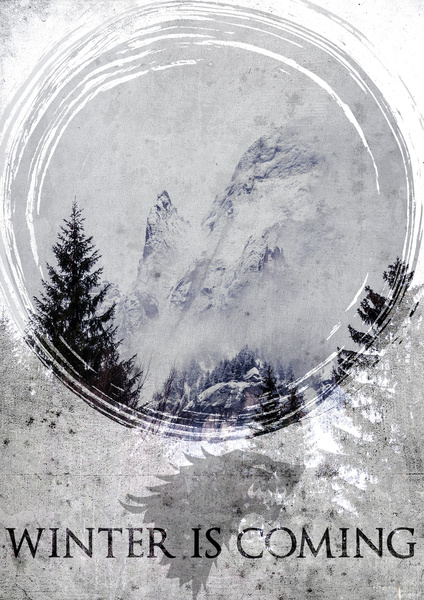 Blood of the Dragon

Tyrion Lannister by Oout Of This World

A Song of Ice and Fire

Game of Thrones – Sansa by DaaRia

Game of the Thrones – White Walkers by Redan23