I’ve been a designer for almost my entire life, dating back to 28 years ago this coming weekend, when I made my first logo in a kitchen in eastern Ohio. For the better part of my career, I wrestled with one crippling fear – that one day, I would run out of ideas. Afraid that the well would run dry, and I would no longer be able to rise to the challenge of creating new stuff. 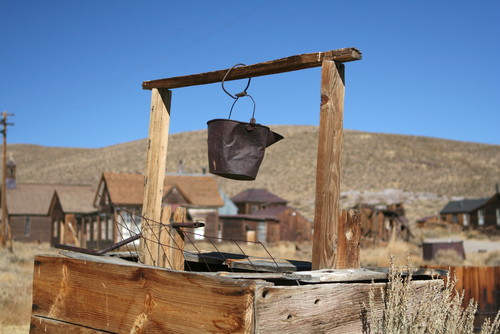 Over recent years, I’ve decided to confront this fear instead of living with it. What I’ve come to realize is as liberating as the act of creating itself.

This year, legendary designer Massimo Vignelli passed away at the age of 83. He worked in the creative realm right up to his passing. The idea that one can spend a lifetime of not just developing new ideas – but awe-inspiring ones – gave me a welcome reality check. We’re talking about the person responsible for the vision behind the New York Subway system (and all others designed after it), the brand for American Airlines (only recently changed after an unprecedented run of 47 years), and tons of other brands that will be forever ingrained in our collective consciousness.

Vignelli taught us all through his life that we don’t have any need to worry about there being a finite amount of creativity to draw from.

I also took some time to think about what breeds creativity, in my case at least. Every project I’ve ever worked on, and will probably ever work on in the future, is rooted in the need to solve a problem (visibility, communication, etc.), and every problem has its own unique set of circumstances. Each creative challenge, when you read it through, almost gives away the steps to its solution. I guess when you look at each project as a puzzle, design almost becomes second nature. It’s not work; in fact, sometimes it makes me feel a little guilty that I can charge for it.

Finally, I thought about what got me in this industry in the first place. When I’m working (designing, strategizing, conceptualizing), I’m in a place almost completely removed from this world. Nothing around me seems to get through, and it’s just the project and me. It’s almost euphoric; certainly not something I can get tired of. I’m sure it has to be the same with anyone else in the creative space – it’s too good of a gift for only me to experience.

Not to be misunderstood, I do hit my fair share of dead ends. Ideas don’t just flow out all the time without a little push. I get writer’s block all the time, although bourbon seems to help. Programming gives me headaches, but I’m fortunate to have some of the best and brightest working with me. On very few occasions I may not be in the mood (at which times I’ll go write some music, brew a batch of beer or write a blog post), but the nagging fear that some day the river of creativity will dry up has finally been put to bed.

I hope this article helps anyone else that felt as I did, that one person could only create so much. There’s not a finite amount of creativity in one’s mind – only a limited amount of time to get it all out.

Patrick King is the founder and CEO of Imagine, an integrated marketing firm with offices in Manassas, Chicago and San Diego. Learn more about Imagine at http://www.imaginedc.net