Who Is Gina Carano?

As a mixed martial artist, Gina Carano is best known for competing in the EliteXC and Strikeforce from 2006 to 2009. She fought a total of eight matches, won seven and lost one. Three of her seven wins were by knockout, three by decision, and one by submission.

Thanks to her outstanding MMA performance, numerous organizations labeled Carano the ‘face of women’s MMA.’ She finally retired from professional MMA following her first loss to Cris Cyborg.

After leaving MMA, Gina Carano decided to venture into acting. She landed her major debut film role in the 2011 movie, Haywire. She was subsequently cast in a variety of action movies, including Fast & Furious 6 (2013) and Deadpool (2016). Carano eventually became a Hollywood A-lister following her appearance in the first two seasons of the Disney+ series The Mandalorian between 2019 and 2020.

Besides MMA and acting, Gina Carano has also enjoyed success as a fitness model.

Gina Carano was born on April 16, 1982, in Dallas County, Texas, to Glenn Carano and Dana Joy Cason. Gina’s parents divorced when she was seven years old and she was subsequently raised by her mother.

Carano graduated from Trinity Christian High School, located in Las Vegas. She participated in a variety of sports while in high school, including basketball, volleyball, and softball. 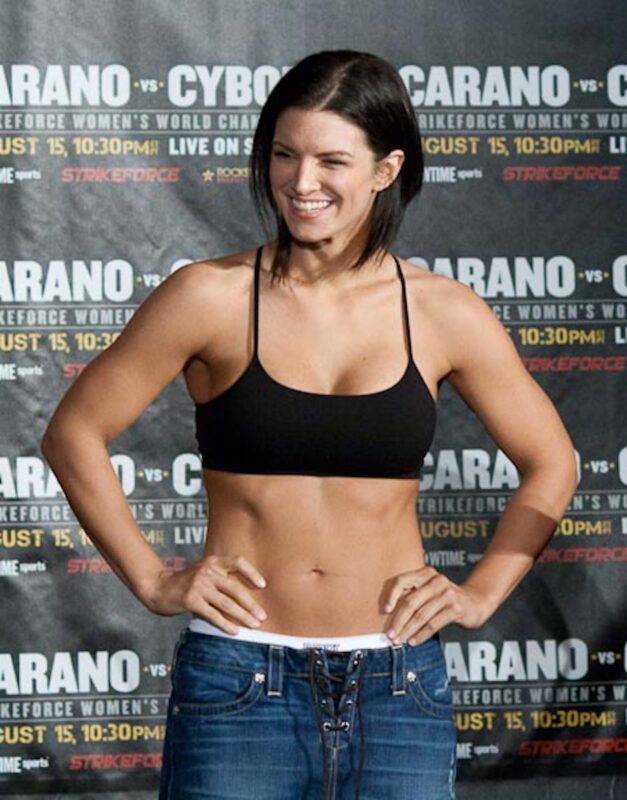 Gina Carano kicked off her mixed martial arts career in the sport of Muay Thai. She was drawn to the game by her then-boyfriend Kevin Ross.

After compiling a Muay Thai record of 12 – 1 – 1, Carano was offered a chance to participate in the first female MMA bout held in Nevada with World Extreme Fighting. She was pitted against Leiticia Pestova and won the bout in a record 38 seconds.

After winning against Pestova, Carano was invited to participate in the World Pro Fighting show held in Las Vegas. She fought and won against Rosi Sexton by knockout in the second round.

Gina Carano continued bagging more historic MMA wins, including against Tonya Evinger, former HOOKnSHOOT Champion Kaitlin Young, and Kelly Kobold. She has not competed in any professional MMA fight since 2009.

Gina Carano starred in the cult film Ring Girls in 2005. In 2008, she appeared on the NBC show American Gladiators. The following year, she appeared in the direct-to-video film, Blood and Bone.

Gina Carano’s major acting debut came in 2011 when she appeared as Mallory Kane in the film Haywire. In 2013, Carano appeared as Riley Hicks in Fast & Furious 6. The following year, she appeared in the film ‘In the Blood’ and the television series ‘Almost Human.’

Other notable films that Gina Carano has appeared in over the years include:

Besides film and television, Carano has also starred in a couple of video games, including Command & Conquer: Red Alert 3 (2008) and Fast & Furious: Showdown (2013).

Gina Carano enjoyed an illustrious mixed martial arts career before branching off to acting. She has earned millions from both endeavors.

As of April 1, 2021, Carano had a net worth of $8 million. While there are no official figures about her earnings from MMA and acting, Gina’s biggest paychecks likely came from her seven professional MMA wins as well as from the movies Fast & Furious 6, Deadpool, and the Disney+ series The Mandalorian.

Modeling is another potential income earner for Gina Carano. As a model, Carano has appeared in numerous fitness and fashion magazines, including the international men’s magazine Maxim and the defunct sports magazine ESPN The Magazine.

1. It’s possible to be a jack of all trades

You’re probably familiar with the adage, ‘a jack of all trades is a master of none.’ However, Gina Carano has proven that it’s possible to pursue multiple careers and excel in all.

2. Bow out with your head high

It’s prudent to exit the stage with your reputation still intact. Carano understands this lesson, which explains why she retired from MMA after her first professional defeat.

3. Be humble even in the face of success

During her heydays in MMA, Gina Carano was so successful that numerous publications labelled her “the face of women’s MMA.” However, Carano always rejected these titles, claiming that she wasn’t the best there was. 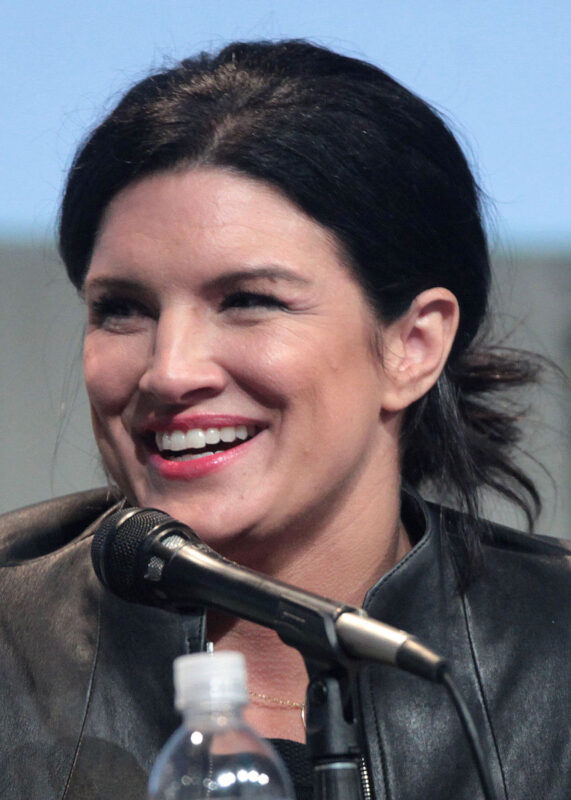 “Fighting is my career, it’s what I love to do, but I am taking offers and trying to expand because the more I expand myself, the more valuable I become to promoters.”

“I wake up every morning and I surprise myself. I wake up to a new me.”

“I want people to see me for who I am and not for how someone else is trying to promote me.”

“When you do things for the right reasons, eventually no matter how long it takes, people will take notice of it and can’t help but respect it.”

“You shouldn’t be greedy. You should feel good about yourself and not be greedy of what other people have.”

Gina Carano is an American actress, fitness model, and former mixed martial artist who has a net worth of $8 million. Carano started out as an MMA fighter before branching out to acting.