Born on March 25, 1934, in Toledo, Ohio, Gloria Steinem has been an advocate of women’s rights since the 1960s. She is a writer, editor, lecturer, and social activist. She is also a breast cancer survivor. Steinem celebrated her 83rd birthday this year. 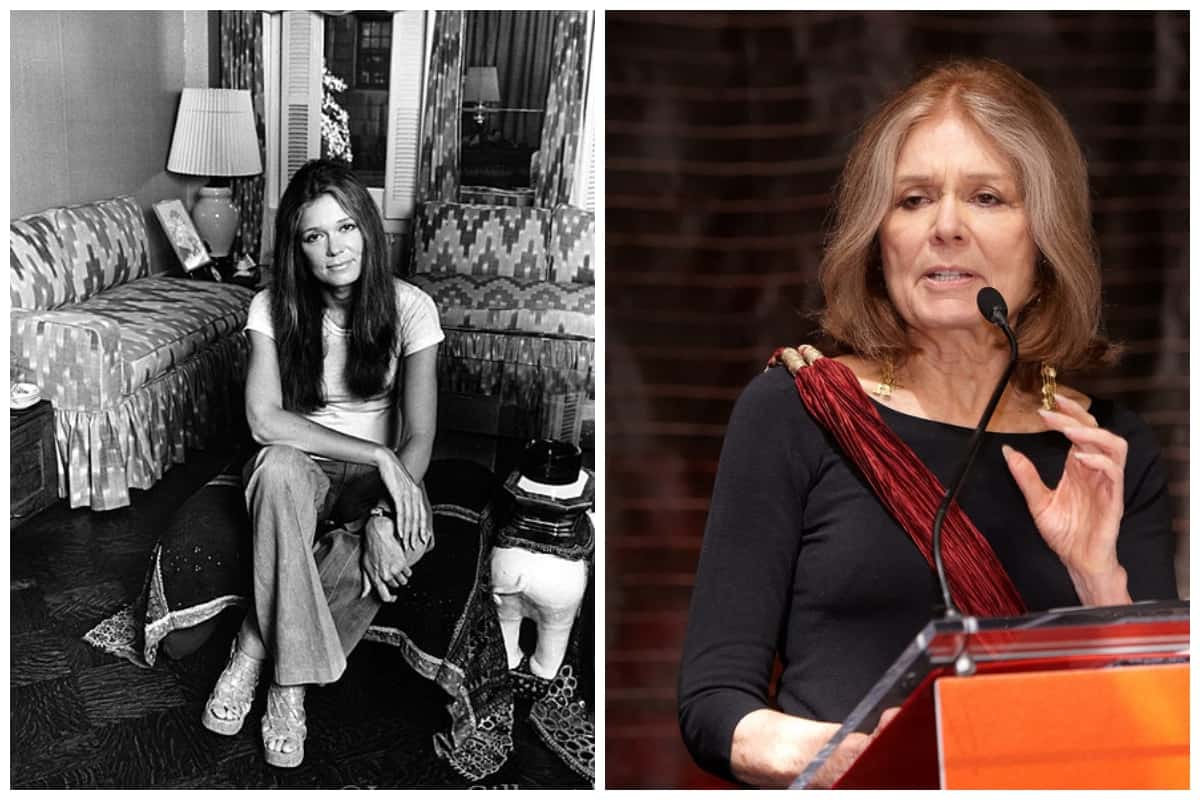 Gloria Steinem had an unconventional childhood due to her parents’ livelihood. Her father, Leo Steinem, was a dealer of antiques. Her mother, Ruth Nuneviller Steinem, was a newspaperwoman.

Growing up, her family traveled a lot. They spent the major part of the year in Michigan. During winter, they alternated between Florida and California. With the amount of traveling they did, Steinem wasn’t able to go to a regular school until she was 11 years old.

Steinem’s parents got divorced when she was 8, leaving her in the care of her mother for the next several years. They lived in bitter poverty, which pushed her mother into severe depression. Her mom’s condition was too severe that Steinem had to be the adult in the household. When she turned 15, Gloria relocated to Washington, D.C. and lived with her older sister.

After returning to the US, Gloria Steinem became the director of the Independent Research Service. Simultaneously, she began to establish her career as a freelance writer.

In 1963, she wrote an exposé on the Playboy Club in New York City for Show magazine. To give a genuine account of the ins and outs of the club, Steinem went undercover as a “bunny” and a waitress for three weeks. A Bunny’s Tale has become one of her most recognized masterpieces.

During the late ’60s, Steinem helped in the creation of the New York magazine. She was in-charge of the political column. After writing about an abortion hearing by the Redstockings, a radical feminist organization, Steinem became actively involved in various women’s movements.

A few years later, Gloria Steinem joined forces with various notable feminists, like Bella Abzug and Betty Friedan, to build the National Women’s Political Caucus. She led the launching of the feminist publication, Ms. Magazine. It had its first independent issue in January 1972. Under her leadership, the magazine magnified female-centric topics, like domestic violence and abortion.

As more and more people recognized her work both as a writer and as a feminist, Steinem was confronted with criticism from other radicals for her association with the CIA-funded Independent Research Service.

Some folks questioned her motivation in pushing for feminism given her glamorous public image. But Steinem was undeterred. The more sideways remarks she received, the more lectures she organized for various women’s functions.

In 2000, Gloria Steinem got married – a deed that for so many years, she was adamant about not ever doing. At 66 years old, she wed David Bale, an environmental and animal rights activist. Through their union, Steinem became the stepmother of actor Christian Bale. But the marriage didn’t last long. In 2003, David Bale died of brain cancer.

Steinem believes in the “power” of female superheroes, particularly Catwoman. In a 2012 interview, she said that Catwoman is a feminist with a storyline that transforms based on her femininity. As per Steinem, the fictional feminist has class consciousness and a skill set as impressive as Batman‘s. Her liking for female superheroes exhibits her continuous search for good examples of strong, independent women, even in pop culture.

Gloria Steinem penned a book about Marilyn Monroe. Most people don’t see Monroe as a feminist, but Steinem had a different point of view. As such, she wrote Marilyn: Norma Jeane in 2013. In the book, she talked about the struggles of being a woman in industries (not just in the world of entertainment) that have a distorted the concept of womanhood.

Mahatma Gandhi has been a lifelong prominent influence in Steinem’s life. When she had her fellowship in India, Steinem’s eyes were opened on gender inequality and the damaging effects of racial caste programs. It was during those years when the works of Gandhi – another tireless activist – had influenced and inspired her work ethics. Up to this day, she still draws inspiration from the teachings of the Indian leader.

Steinem founded several feminist movements and organizations. Apart from the Women’s Action Alliance, the National Women’s Political Caucus, and the Women’s Media Center, she also founded the Take Our Daughters to Work Day. The primary goal of the movement is to educate girls and teens so that they can thrive beyond their home responsibilities. The first ever Take Our Daughters to Work Day happened in April 1993. The movement continues to this day.

At age 83, Gloria Steinem is still an active media spokesperson and lecturer. Get inspired by her works and words with this collection of Gloria Steinem quotes.

“Sometimes I think the only real division into two is between people who divide everything into two and those who don’t.” – Gloria Steinem

“A pedestal is as much a prison as any small, confined space.” – Gloria Steinem

“Without leaps of imagination or dreaming, we lose the excitement of possibilities. Dreaming, after all is a form of planning.” – Gloria Steinem

“Women may be the one group that grows more radical with age.” – Gloria Steinem

“So whatever you want to do, just do it…Making a damn fool of yourself is absolutely essential.” – Gloria Steinem

“We are becoming the men we wanted to marry.” – Gloria Steinem

“Writing is the only thing that when I do it, I don’t feel I should be doing something else.” – Gloria Steinem

“Empathy is the most radical of human emotions.” – Gloria Steinem

“I have yet to hear a man ask for advice on how to combine marriage and a career.” – Gloria Steinem

“We are the women our parents warned us against, and we are proud.” – Gloria Steinem

“The first problem for all of us, men and women, is not to learn but to unlearn.” – Gloria Steinem

“We’ve begun to raise daughters more like sons…but few have the courage to raise our sons more like our daughters.” – Gloria Steinem

“Once we give up searching for approval we often find it easier to earn respect.” – Gloria Steinem

“…If you want people to see you, you have to sit down with them eye-to-eye.” – Gloria Steinem

“…My mother paid a high price for caring so much, yet being able to do so little about it. In this way, she led me toward am activist place where she herself could never go.” – Gloria Steinem

“If the shoe doesn’t fit, must we change the foot?” – Gloria Steinem

“When humans are ranked instead of linked, everyone loses.” – Gloria Steinem

“America is an enormous frosted cupcake in the middle of millions of starving people.” – Gloria Steinem

“…Living things have evolved as travelers. Even migrating birds know that nature doesn’t demand a choice between nesting and flight.” – Gloria Steinem

“Happy or unhappy, families are all mysterious.” – Gloria Steinem

“A lot of my generation are living out the un-lived lives of our mothers.” – Gloria Steinem

“Taking away the good is even more lethal than pointing out the bad.” – Gloria Steinem