So you’ve probably heard about Google’s latest attempt to break into the hardware industry; Google Glass. But what’s it all about, why should you care, and how do you get one? These are the questions I’ll be answering after a quick aside from Google themselves:

“Glass is a potentially transformative technology. It’s a window into the world’s information, and a new way to share experiences with those you care about.” – Google Ventures 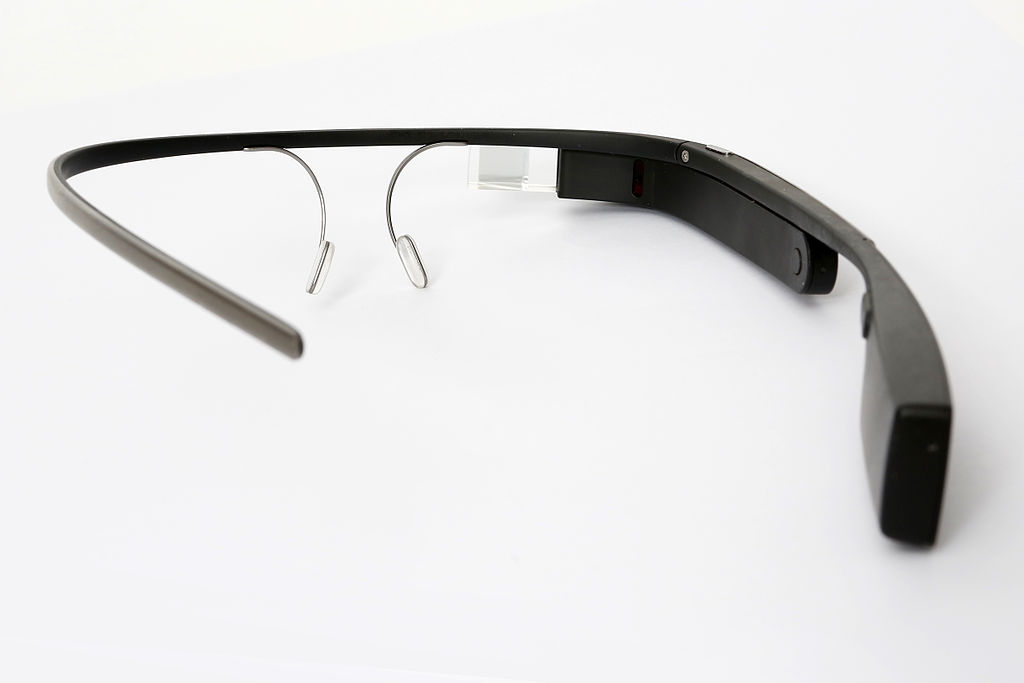 What’s It All About?

The idea is that Google will free us from handheld and desktop devices altogether such that access to data is easy and immediate. To do this they have created a pair of glasses which can project interactive information into your field of vision and allow you to effortlessly perform tasks through voice commands and simple touches to the frame.

Google claims that this device heralds a new world of “wearable computing” which will change our relationship with computers and with the internet. Their aim is that this device will become as ubiquitous as the mobile phone (but with game-changing consequences).

A Google Glass device includes: a 5 megapixel camera (which can record 720p video), 16GB of storage, a touchpad on the side of the frame, Wifi, and Bluetooth. This spec allows you to film videos, take pictures, check emails, make calls/texts, navigate to your destination via GPS, and search the internet hands free.

To achieve this experience, the Glass uses a small prism to project various interactive visual elements into the top-right area of your vision. This is designed to augment your reality so that you have continual access to information that can be layered on top of your normal field of vision; the screen that is projected to be the equivalent of looking at a 25-inch HD screen from 8 feet. As soon as data is overlaid over your vision, the benefits of Glass become very clear – GPS functionality becomes a seamless and intuitive experience, real-time translation is easy and hands free, and notifications from calls, texts, and emails are immediate and easy to deal with.

Equally, the voice-recognition is meant to be extremely good and functions as well for calls as it does for voice commands (even in crowded rooms). When interviewed by The Guardian, Andrej Kostresevic stated that “I can walk around all day and respond to emails and text messages just by speaking, even in noisy rooms – it’s really cool.”

Why Should I Care?

You’re not alone in asking this question, many people are confused as to the value and practicality of continually “wearing” your phone or laptop (which is essentially the premise of this technology). Opinion ranges drastically from the extremely conservative nay-sayers who fear its effect on our human relationships and privacy, to the fanatics who believe it will change technology forever and pledge to wear it in the most extreme of places.

In the same interview, Kostresevic qualified his earlier praise with the sentiment “however Glass is a bit of a mixed bag… overall feeling is just that it’s kind of a tease; it’s a glimpse into what could be possible, but the technology just isn’t there yet.” Major criticisms are levelled at the short battery life, the screen being hard to see in daylight, and the lack of applications and functionality.

Google is primarily a software company and their forays into hardware have been mixed at best, let’s face it they wouldn’t be the first multi-national corporation to take a gamble into a new technology that doesn’t pay off – look at the Nokia N-Gage. So should you care about Glass at this point? Whether you can see yourself using them or not, this stands a very good chance of being a significant technical development: it’s a pioneering product backed by the largest digital company in the world; chances are it’s worth keeping an eye on.

There also seems to be such a vivacious momentum surrounding Glass from within the Google campus that you can’t help but get carried away with it. From the ridiculous launch event with skydivers and BMXers donning the device, to the global competition and pre-launch fan base, the feeling is that Google believes in this 100%, with no holding back. So should you care? With that much weight behind it, absolutely yes.

How Do I Get A Google Glass?

Unfortunately you can’t. Not yet at least, the brilliant minds at Google allowed a sample of 8,000 contest winners who submitted a 50 word summary of what they would do if they won the device. These avid testers have got a first glimpse since late March but it didn’t come cheap; the device still cost them $1500 so Google is obviously keen to make sure their perceived value stays high (at the cost of tainting their benevolent public image by charging so much for a test product).

The rumour mill has gone crazy as to whether they’re going to do another competition or whether they’ll be launching to the consumer market by Christmas. I won’t add to this speculation other than to say that the best way to stay up to date, is to sign up to Google Glass’s official mailing list at http://www.google.com/glass/start/how-to-get-one.

Just make sure if you do get one, you use it for good and not evil…

Fraser Strand writes about designer furniture, contemporary culture, and interior design on his blog Modern Style Review. He has a passion for contemporary design and is continually trying to reinvent the wheel.