Halloween’s celebrated costume parties and trick and treating traditions are relatively young. They only date back a century or so.

However, Halloween superstitions started thousands of years ago through the Celtic Samhain – a festival in autumn where people believed the dead could revisit the earth. Most of today’s spooky Halloween traditions came from these old beliefs. 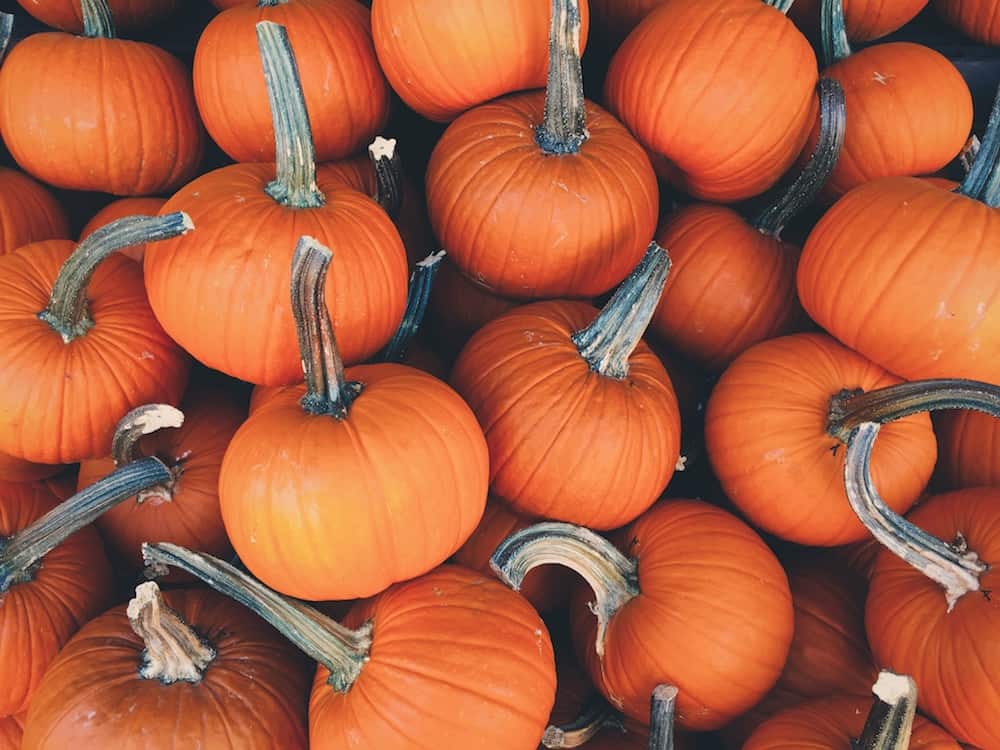 Jack O’ Lanterns are prominent fixtures during Halloween. People carve lanterns and light them up with candles to keep the darkness at bay. Historians believe that the Celts began this tradition. The Celts were headhunters who take the head of their preys to eradicate the souls of the dead. They then displayed the heads as trophies to scare away evil spirits.

In different parts of the world, the name Jack O’ Lantern is believed to come from an evil man named Jack. He was thrown away from heaven because of his bad deeds. But, even in hell, Jack didn’t learn his lesson and continued to be wicked.

Annoyed, the Devil himself gave him a lantern and sent him away to wander forever. Today’s Jack O’ Lantern is a reminder of how a man’s evil deeds can bring him to a journey with no end in sight.

In Ireland and some parts of England, the lantern heads were carved turnips. At harvest time, they are placed on windowsills to keep homes safe. When the Irish immigrated to the US in the 19th century, they used pumpkins instead primarily for their color.

A Black Cat is a Signal for a Witch Nearby On Halloween, it’s believed that when you see a black cat, a witch is near where you are. Today’s depiction of black cats and witches are mainly related to bad or negative things. Black cats are deemed to bring bad luck while witches are considered evil. But, in the olden days, these were not the case.

For centuries now, women were thought to have an instinctual way of communicating with the spirit world. Isis and Bastet, goddesses in ancient Egypt, were revered for their magic skills. Bastet was known as the protector of homes, fires, and cats.

In fact, her temples are still decorated with statues of black cats. So, even during the early times, there was already a connection with women, magic, and black cats. However, it was only centuries later when people started to accuse and punish women of dark witchcraft.

In the 17th century, the fear of witchcraft was so distinct that most villages banned black cats. The Puritans also believed that All Hallow’s Eve was the time of the year where witches have their Sabbath. Because of the strong Puritan influence, the connection between the black cat and witchcraft are still associated to Halloween up to this day.

Fortune-telling is Sound on Halloween

The Celts believed that every October, the physical and spiritual world drew close to one another. As such, it’s the time of the year when fortunetelling is at its strongest. In the past, people only almost asked the same thing: the men – particularly the farmers – ask about the weather and harvest time; the women inquire about marriage and children.

Because Halloween takes place when the crops are about to be reaped, fruits and nuts were used for fortune-telling. Apples, in particular, were prominently used before to “tell the future.” For instance, to see how many children a woman would have, an apple would be cut horizontally and the number of seeds represent her “kids”. 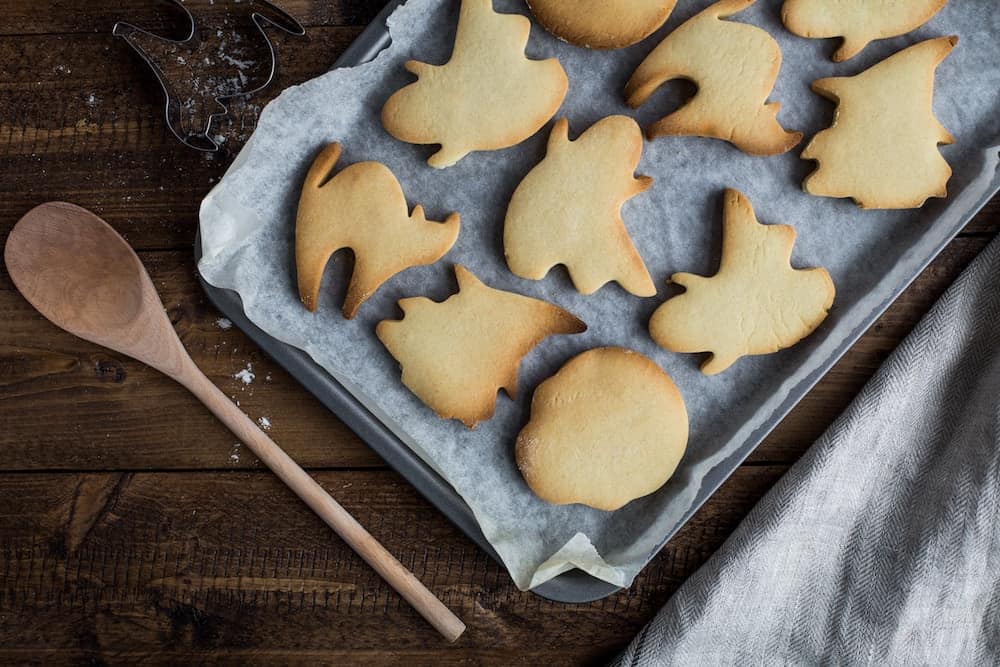 …and never trick. Haunted Halloween goes way back when the Celts believed that during Samhain, the spirits traveled between the physical and spiritual worlds. Bonfires were lit to attract the spirits while simultaneously keeping them away from their homes.

To placate the ghosts, the Celts would offer sacrifices – mostly composed of newly harvested food and spices (which is where the increase in popularity of pumpkin pies and spice-flavored pastries during the fall seasonoriginated). The food sacrifice was considered a ‘treat,’ but it’s also a ‘trick’ to appease the spirits.

It’s believed that bad spirits are afraid of noise. Today’s Halloween celebrations are packed with noisemakers with children screaming ‘trick or treat’ and the constant ringing of doorbells. Some even have fireworks to liven up the occasion.

This noisy tradition began centuries ago with children using small pans and bull-roarers to scare not just the spirits on Halloween, but even one another.

A Halloween Costume Can Protect You from Evil

Since the very beginning, wearing a disguise on Halloween was the norm. It’s said to be a way to protect oneself from evil spirits as they would think you’re someone else. The Victorians were the first ones to popularize costume parties during Halloween. People also wear masks that look like Guy Fawkes Day to hide their true natures.

There are tons of superstitions surrounding Halloween. Some are downright frightening, and others are totally outrageous. Instead of scaring yourself with these beliefs, just enjoy these spooky quotations meant for All Hallows Eve: 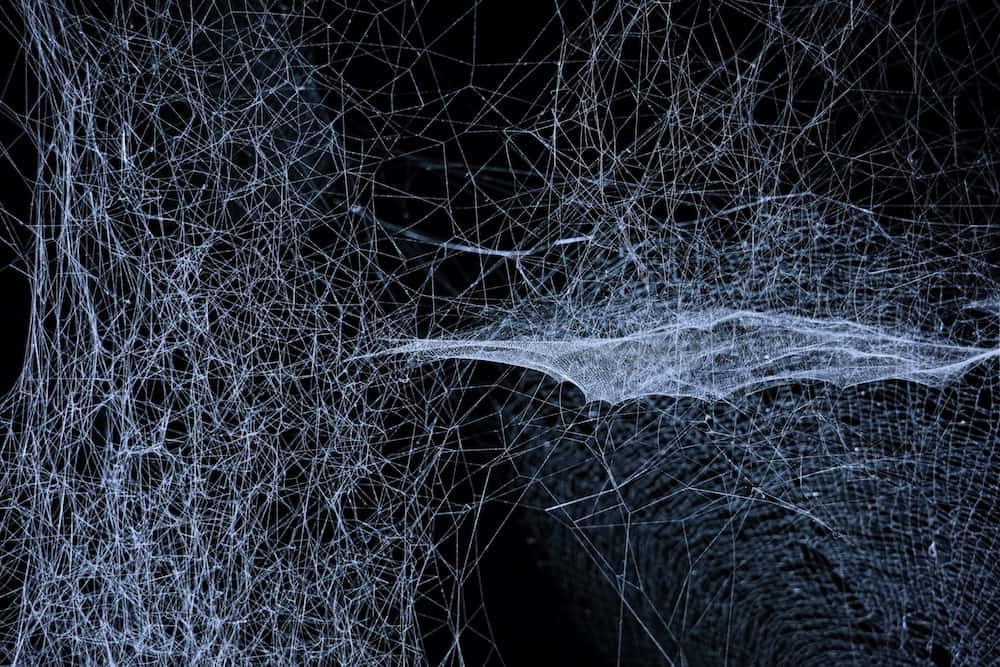 Of the grave’s delight,

And the warlocks are at their play;

Ye think that without,

But no, it is they—it is they!” – Arthur Cleveland Coxe

“I was born on the night of Samhain, when the barrier between the worlds is whisper-thin and when magic, old magic, sings its heady and sweet song to anyone who cares to hear it.” – Carolyn MacCullough

“The wind outside nested in each tree, prowled the sidewalks in invisible treads like unseen cats. Tom Skelton shivered. Anyone could see that the wind was a special wind this night, and the darkness took on a special feel because it was All Hallows’ Eve. Everything seemed cut from soft black velvet or gold or orange velvet. Smoke panted up out of a thousand chimneys like the plumes of funeral parades. From kitchen windows drifted two pumpkin smells: gourds being cut, pies being baked.”  – Ray Bradbury

“The farther we’ve gotten from the magic and mystery of our past, the more we’ve come to need Halloween.” – Paula Guran

“Oh how the candles will be lit and the wood of worm burn in a fiery dust. For on all Hallow’s Eve will the spirits come to play, and only the fruit of thy womb will satisfy their endless roaming.” – Solange Nicole

“Halloween is an ancient druidic holiday, one the Celtic peoples have celebrated for millennia. It is the crack between the last golden rays of summer and the dark of winter; the delicately balanced tweak of the year before it is given over entirely to the dark; a time for the souls of the departed to squint, to peek and perhaps to travel through the gap. What could be more thrilling and worthy of celebration than that?” – Jenny Colgan

“First of all, it was October, a rare month for boys. Not that all months aren’t rare. But one strange year, halloween came early….don’t you ditch me jim nightshade…don’t talk death. Someone might hear…” – Ray Bradbury

“The murmurings and mutterings grew even more freakish and grotesque as Halloween slithered ever closer.” – Kevin Purdy

“Halloween was the best holiday, in my opinion, because it was all about friends, monsters, and candy, rather than family and responsibility.” – Margee Kerr

“A pumpkin lives but once a year

When someone sets its soul afire

And on that night it stirs up fear

Until its flame is snuffed.

But e’en one night of eerie light is fright enough.” – Richelle E. Goodrich

“It is Halloween,” he explains coyly. “I wanted to come out as something beautiful. None of this witch stuff for me. My God, don’t we spend our whole life as witches?” – Paul Russell

“I dropped the candies into the children’s bags, thinking: You small mortals don’t realize the power of your stories.” – Karen Russell

“Halloween is a day in which some people choose to wear a mask… while others finally feel safe to take theirs off.” – Steve Maraboli

“The pumpkin itself is a symbol for mortality. Like mortals, the pumpkin seed is planted in the darkness of the earth, where it is left to search for the light. When the plant finally sprouts, it travels along the ground, as if in search of its place in the world. Then, once the pumpkin has found its place, it blossoms into a fruit that towers above all others. And when the pumpkin is ripe, it’s a veritable life-giving force.” – Seth Adam Smith

“I’ve always loved Halloween: the one day of the year when you can blatantly dress as your number-one obsession and people will smile instead of snicker.” – J.C. Lillis

“Go put on your mask.

“Halloween creatures both friendly and gruesome peered out of the rustling leaves.” – Kevin Purdy

“Halloween is one of my favorite holidays. Christmas and the others can end up making you sad, because you know you should be happy. But on Halloween you get to become anything that you want to be” – Ava Dellaira

“Halloween shadows played upon the walls of the houses. In the sky the Halloween moon raced in and out of the clouds. The Halloween wind was blowing, not a blasting of wind but a right-sized swelling, falling, and gushing of wind. It was a lovely and exciting night, exactly the kind of night Halloween should be.” – Eleanor Estes

These monsters join the living

If they had it their way

“She used to tell me that a full moon was when mysterious things happen and wishes come true.” – Shannon A. Thompson

“I love Halloween, and I love that feeling: the cold air, the spooky dangers lurking around the corner.” – Evan Peters

“Every day is Halloween, isn’t it? For some of us.” – Tim Burton

“During the day, I don’t believe in ghosts. At night, I’m a little more open-minded.” – Unknown

“Listen to them — the children of the night. What music they make!” – Bram Stoker

“Men say that in this midnight hour, the disembodied have power.” – William Motherwell

“There are nights when the wolves are silent and only the moon howls.” – George Carlin

“We have had our summer evenings, now for October eves!” – Humbert Wolfe

“I must go in. The fog is rising.” – Emily Dickinson

“Beware! As you trick or treat. These creatures will find you and make you smell their feet.” – Casey Browning

“There is nothing funny about Halloween. This sarcastic festival reflects, rather, an infernal demand for revenge by children on the adult world.” – Jean Baudrillard

“Men fear thought as they fear nothing else on earth — more than ruin, more even than death.” – Bertrand Russell

“Will we ever stop being afraid of nights and death? When you reach the stars, boy, yes, and live there forever, all the fears will go, and Death himself will die.” – Ray Bradbury

Candles and lanterns are dancing, dancing a waltz on All Souls Night.” – Loreena McKennitt

“A house is never still in darkness to those who listen intently; there is a whispering in distant chambers, an unearthly hand presses the snib of the window, the latch rises. Ghosts were created when the first man awoke in the night.” – James Matthew Barrie

“Being in a band you can wear whatever you want – it’s like an excuse for Halloween every day.” – Gwen Stefani

“She comes by night, in fearsome flight, in garments black as pitch, the queen of doom upon her broom, the wild and wicked witch.” – Jack Prelutsky

“Eye of newt, and toe of frog,

Wool of bat, and tongue of dog,

For a charm of powerful trouble,