Born on July 30, 1863 in Greenfield Township, Michigan, Henry Ford is regarded as one of America’s leading businessmen. In 1908, Ford created the Ford Model T car. He then developed an impressive assembly line of vehicles, which revolutionized the automobile industry.

As a result, he sold millions of vehicles and became a world-renowned CEO. And though the company had lost its dominance in the industry, it still has a lasting influence on other technological and engineering advancements in the US. 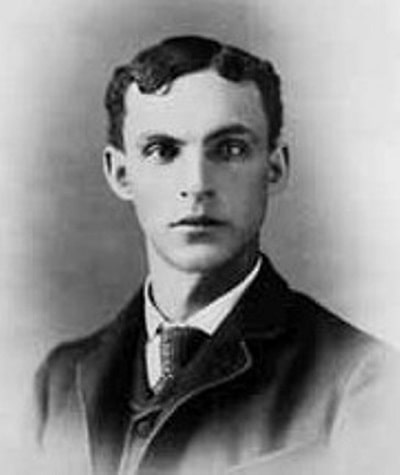 Henry Ford was born to William Ford, an Irish descendant, and Mary Litogot Ford, a child of Belgian immigrants. He had two sisters, Margaret and Jane, and two brothers, William and Robert. As a child, Ford was outgoing, smart, and curious.

When he was a teenager, William Sr. gave him a pocket watch. Soon after, he disassembled and reassembled the piece on his own. Time and time again, he would do the same thing on the watches of his friends and neighbors. Soon enough, he became a popular watch repairman in his neighborhood.

When his mother passed away in 1876, Ford was left devastated. Contrary to what his father believed, he wanted to leave their farm. He did so three years after his mother’s death. He went to Detroit and worked as an apprentice machinist. He stayed there for three years and then went back to Michigan in 1882.

Back at home, Ford did farm chores. He soon became skilled at running the Westinghouse steam engine. He was so good at it, he was hired by the company to handle their portable steam engines. 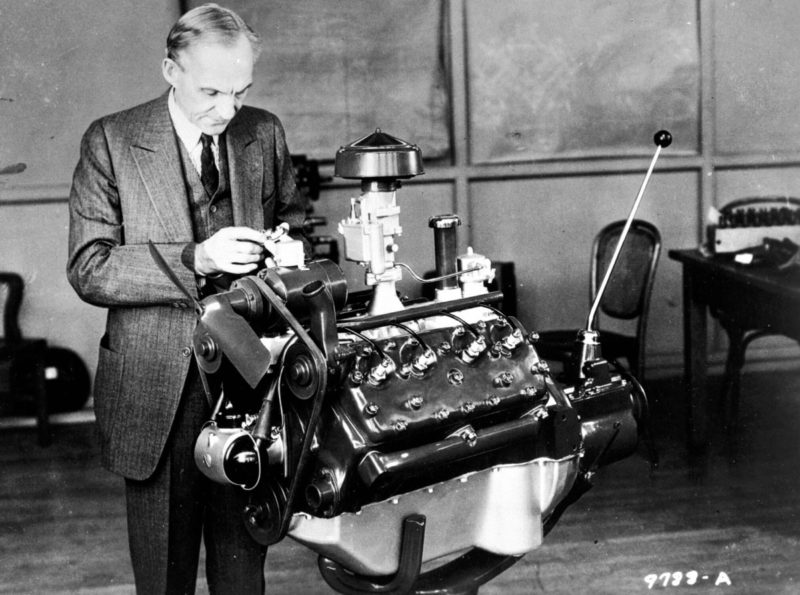 His skills in mechanics as well as his innate talent to learn things fast resulted in his appointment as a night engineer, then a chief engineer, for the Edison Electric Illuminating Company. While doing his daily work, he also began working on a side project he has always been fascinated with: building cars.

Ford partnered with some friends to create a self-propelled automobile, the Quadricycle. Thomas Edison approved of his creation. Inspired, Ford continued to improve his project automobile. In 1898, he finished his second vehicle.

At that point, Ford resigned from his job and started his own company. In 1899, he established the Detroit Automobile Company. Alas, the cars manufactured by the company failed to do well in the market. And much too soon, Ford was compelled to shut his company down. 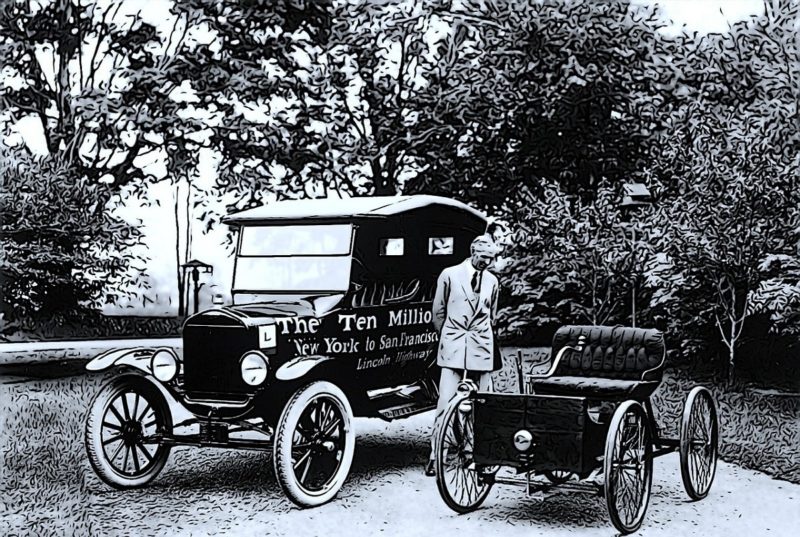 Ever resilient, Ford continued working on vehicles. In 1901, he successfully ran a 26-horsepower auto. In November of the same year, Ford rallied the Detroit Automobile Company’s stockholders and founded the Henry Ford Company. But problems arose between him and the other stockholders. In the end, Ford resigned from the company.

Unconcerned by yet another business failure, he carried on chasing his dream of becoming a successful vehicle manufacturer. Jobless, he used his time to design and make numerous racing cars, which included the promising “999” racer.

In 1903, Henry Ford, along with several investors, founded the Ford Motor Company. During that time, the “999” was driven all over the US by Barney Oldfield, a famous race car driver. That made the automobile brand well-known throughout the country. In 1908, the Ford company unveiled the Model T, which had the steering wheel positioned on the left. The concept was soon replicated by other auto companies.

The Model T became remarkably successful since it was cost-effective, driver-friendly, and low-cost to repair. It came to a point where Ford Motors had to significantly expand their production to meet the increasing demand of the public. 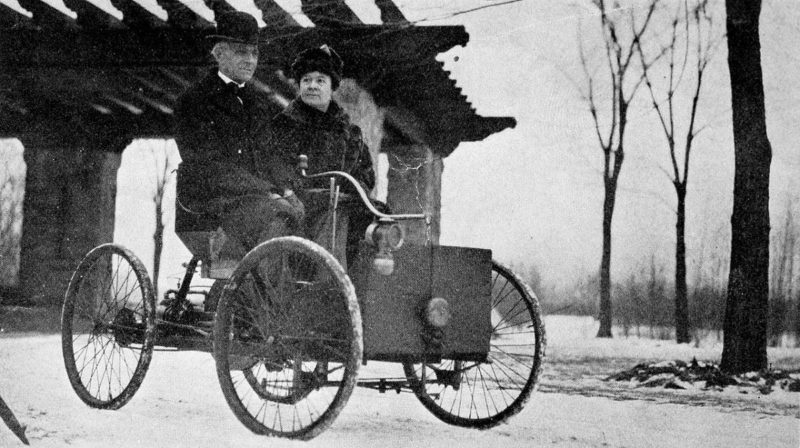 In 1913, Ford, together with the company engineers, manufactured a moving automotive factory for automobiles. The company also designed strategies for mass production, which allowed them to considerably boost their output.

By 1918, half of the vehicles in the US were Model T’s. On the same year, Henry Ford resigned as the president of the company. His son, Edsel Ford, took over, although the older Ford remained to have the final say on important company matters.

When the clamor for the Model T had begun to decline, the company launched the Ford Model A. It sold profitably from 1927 to 1931. However, the company underwent a revenue drop in the 1930s, so much so that by 1936, Ford Motor Company dropped to third place on the list of the best US auto manufacturers.

During World War II, although Ford was against the country’s participation, his company became one of the major American military suppliers. Ford Motor Company provided the government with engines, tanks, and jeeps. 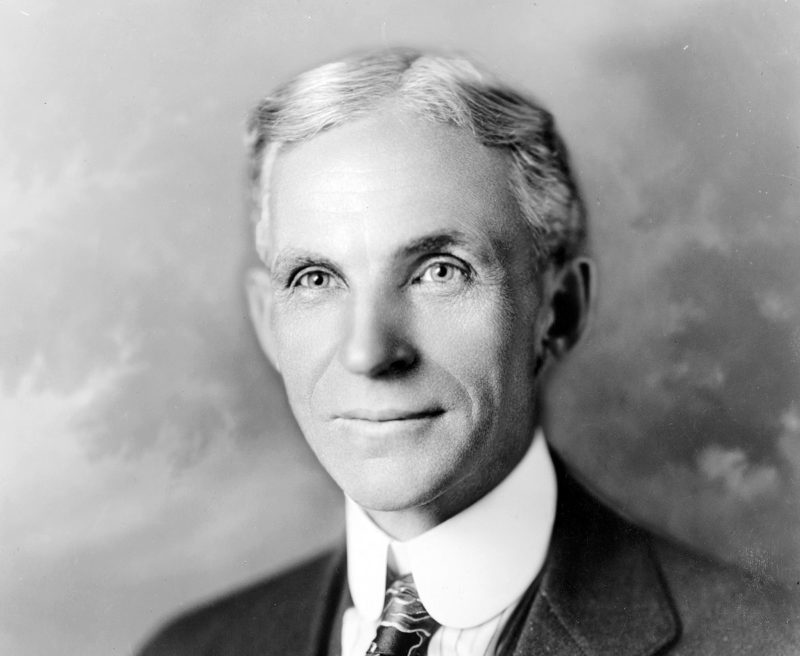 In 1943, Edsel Ford died of cancer. The aging Ford took over the presidency of the company once more. However, the absolute power wasn’t his anymore. His failing health didn’t help as well.  Ultimately, Henry Ford II, his grandson, was appointed as the new company president.

To get you inspired, here are 80 of the best Henry Ford quotes.

Related  100 Edgar Allan Poe Quotes on Madness, Darkness, and Dreams
Related  80 Will Smith Quotes about What Really Matters in Life