92 days, from October 1 to December 31, the consumer market in the most consuming countries in the world bend over backward – Black Fridays, holidays, presents. Manufacturers of commodities have three months of continuous rush, overtime, work without weekends.

“Everything for sale,” the rest is later. So it turned out from year to year, and there are explanations for it. Without going into detail, let ‘s say it’s a tradition. This year, Apple is shamelessly violating it.

While the Apple-lovers reflect on the question of whether macOS needs antivirus or not and, if yes, what is the top antivirus for Mac, the brand itself blows the whole market up.

These three months “feed the year” – some kind of harvest. It is not acceptable to distract employees for any public events at this time. And on December 4, 2019, at the Steve Jobs Theatre, at Apple Park, the first-ever world Apple Music Awards was held.

No innovations were presented at this Apple special event. The prizes were awarded (to those who were in the list of winners from the very beginning) the music was listened, the cocktails were shared, and that’s all.  And the awards which were presented to Apple Music Award winners were a bit unusual.

The fragment of the silicon wafer – according to Apple officials – is genuine, iPhone and iPad have the same in-built microchips. Ultraviolet lithography, element density measured in nanometers, copper layers – such a “symbolic gesture.” Most likely, they are real wastes of products imported from the PRC.

If between awards winners introduced MacBook Air with a normal keyboard and 10 nm Intel processors, or at least announced the immediate release of Mac Pro and Apple Pro XDR Display, everything would be even more interesting – but alas. Other violations are not so bright and artistic but still deserve our attention.

Traditionally, at the height of the festive season, several media released reports, marked “urgent” that Apple was unable to sell the copies of “cult devices,” and was negotiating a temporary halt to the production of iPhone, iPad, or Apple Watch.

In 2017, against the background of Apple’s winning relays about iPhone X record sales, a report of a decline in their production appeared in the media owned by Japanese media giant Nikkei was immediately picked up, supplemented, and communicated to readers worldwide. Whether this affected the volume of iPhone X sales is unknown. 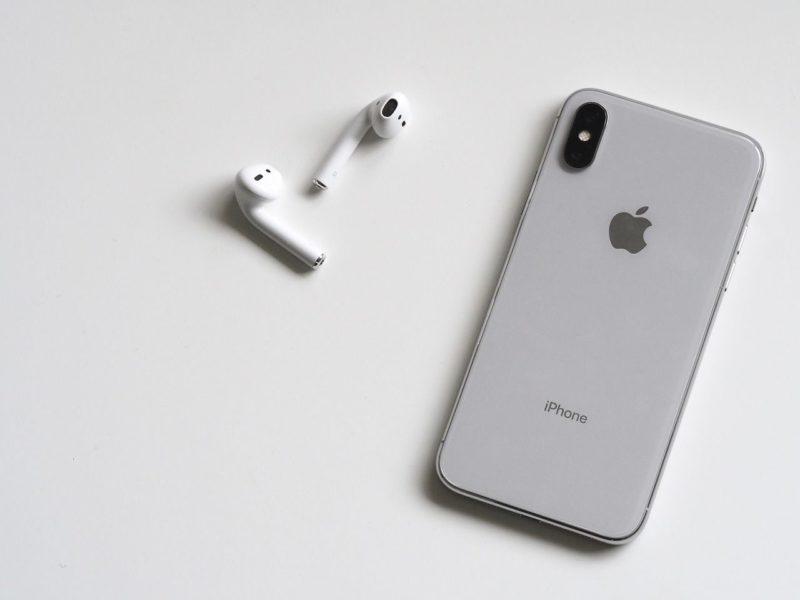 The sales were very good. An investigation was carried out, the results of which were published at the end of January: the size of Apple orders did not reduce, there were no problems with the sale, someone was wrong or joked.

In 2018, in November and December, similar news was published again. The same authors used the same words, but instead of iPhone X, they mentioned iPhone XR, XS, and XS Max – this time, it was almost true, and people believed this news again.

In 2019, neither in November nor in the first days of December, there were no reports of anything similar in more or less popular media. Apple could be offended. However, something was written about iPhone 11, the size of the order for which seemed excessive to someone, but Apple did not reduce it.

Related  8 Things to Look For in a Smart Thermostat

But there is other information, and it is confirmed. In November, Apple had to order an additional AirPods 2 and AirPods Pro, doubling the order. Good demand was expected, but the results exceeded expectations.

Production facilities, due to the general rush, were overloaded but the “apple” order was fulfilled, qualitatively and in time. And yet again, they are increasingly “not available,” the delivery period when ordered online in the USA and in some countries turns out to be unacceptably long, to those who are advised to buy something else.

Whether Apple places another extra order (a Thanksgiving day that merged with black Fridays on four weekends is already behind – but until the festive season, the culmination of the festive quarter, when sales reach maximum heights and the price is almost irrelevant already is only a couple of weeks away), or enjoying a sudden deficit – is not yet known.

The company awards the winners of the Apple Music Award and announces the best software products of 2019 presented in all its App Store. Sales of the 16-inch MacBook Pro, as far as we know, are also ahead of forecasts, but their shortage has not yet been heard.

Almost the same thing happens with the iPhone 11 Pro (which at first seemed like an outsider of the year) – the same “not in stock,” delivery time – end of December, and that’s all. iPhone 11, it seems, is everywhere in availability: they were ordered too much, their delivery, customs “cleaning” and their transportation to warehouses, and retail points of sale were the same epic.

The employees of the company involved in it successfully overcome the entropy of the surrounding world, but still work in a reinforced mode. JPMorgan Chase – the largest American financial holding, revised sales forecasts of iPhone and iPad for 2021 and 2022, speaking about their significant increase. The best analysts, without an external entourage and unnecessary noise, work for very decent money in JPMorgan Chase and its similar institutions.

A Decline in the Value of Apple Shares

Amid encouraging or upsetting (depending on your attitude to Apple) news, this news sounds a gross dissonance. As Apple sympathizers liked to write in the late 1990s, “no one understands technology worse than Apple shareholders,” but there are reasons for the decline in the stock.

The conclusion of a trade agreement (rather even a truce) between the United States and mainland China has once again been postponed.

The parties never reached an understanding, Donald Trump said he is not going to rush it, on December 15, new duties on imports from the PRC come into force, and nobody knows how they will affect the long-suffering Mac Pro and Pro XDR Display. Prices for it, according to experts, may change – most likely, they will increase.

For a relatively small-scale product, “not for everyone,” it’s not deadly, but far from everything that doesn’t kill us makes us stronger. The damage to sales of other products of the company, due to forced price increases will be more serious.