Ethnomusicology is the fascinating study of how original music is informed and influenced by cultural and social factors.

While it’s easy enough to hear differences in music that comes from different cultures, it’s much harder to verbalize and understand those differences.

For instance, to Western ears, Middle Eastern music may sound unpleasant. This is because it often uses scales and musical modes that aren’t common in our Western musical tradition, and the reasons behind the use of those scales and modes go back thousands of years.

So what does this mean for contemporary music, and more specifically, for movie scores? 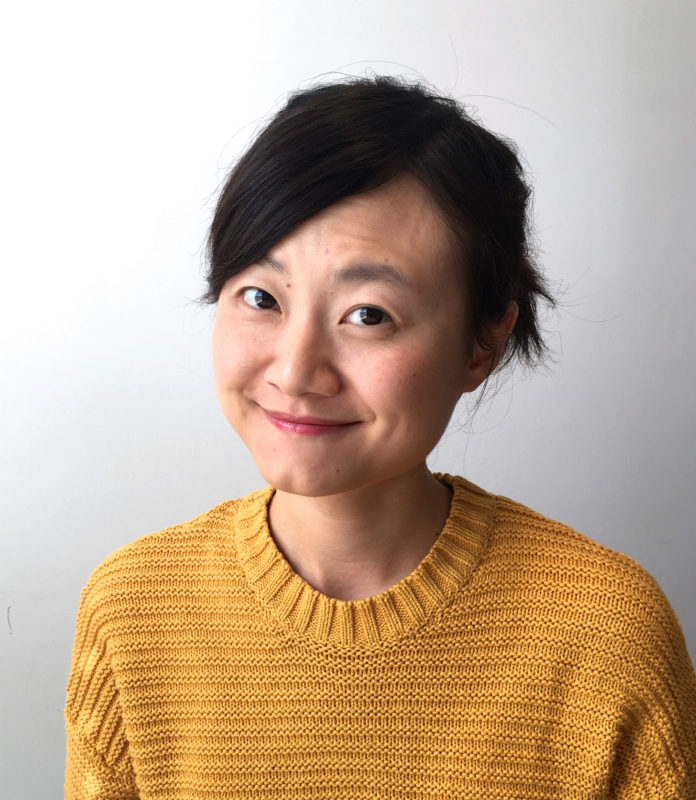 As we learned during our interview with Yueh-Yun “Sandy” Chen, cultural traditions and influence play a large role in score composition, but also have to compete with other trends and industry standards. In other words, it’s a very complex subject and we’re thankful that Chen was able to enlighten us.

If you’re not familiar with her work, Chen is a professional composer with a long list of impressive projects behind her covering a range of mediums, like short films (The Graveyard Shift), board games (Tokaido, Mysterium, 5-Minute Dungeon) to original streaming shows (Elite, Una Vida Una Cena).

Having grown up in Taiwan, Chen has experienced firsthand how different countries and cultures create and understand music.

Read on to learn more about the relationship between culture and score music, composition trends, and Chen’s approach to composition.

Inspiration Feed (IF): Do you feel that there are universal trends in movie scores, or are movie scores heavily influenced by the musical cultures of each country?

Yueh-Yun “Sandy” Chen (YSC): This is a big question. I think film scores are influenced by both universal trends of the era and the musical cultures of each country. In addition, there are many other factors that can influence film scores, including movie genre, movie style, the story’s historical background, storyline, the director’s vision, and so on.

We can also think about “who, when, where, what, and how” in a film. The answers to these questions give us tons of possibilities for the score.

For example, with the advances of electronic instruments and sample libraries, there are more and more hybrid scores containing both traditional and electronic instruments. We can see these musical trends in the scores for movies such as The Dark Knight Rises by Hans Zimmer, Joker by Hildur Guðnadóttir, and The Social Network by Trent Reznor and Atticus Ross.

On the other hand, for the stories set in different countries and cultures, the scores would usually reflect the characteristics and elements of that country and culture. There are many great examples, such as The Grand Budapest Hotel by Alexandre Desplat, Life of Pi by Mychael Danna, and Coco by Michael Giacchino.

IF: Has anything surprised you about how score music is handled in American productions? 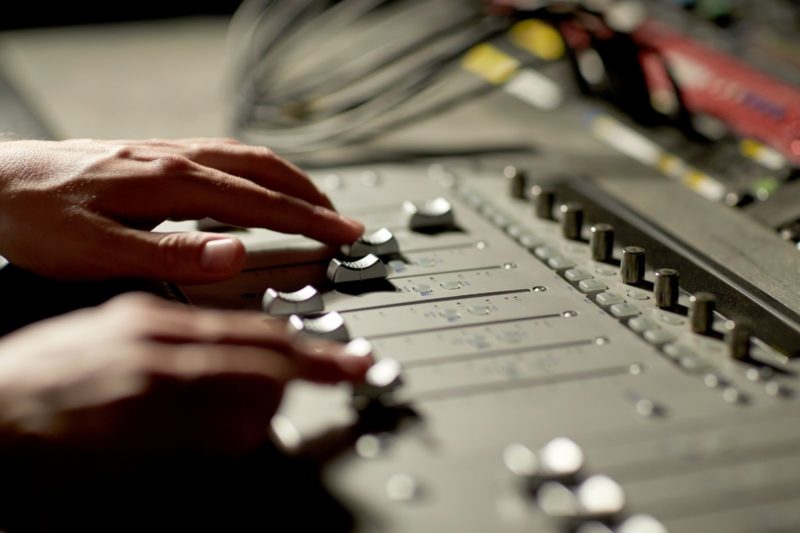 YSC: Since music is usually almost the last step of post-production, there’s usually not much time for a composer to write the score, especially for a TV series.

Despite knowing this, I’m still surprised when I hear some composers sharing their experiences that they needed to complete original music for one episode within one week, including all the composing, score preparation, recording, mixing, and dubbing.

That’s crazy. But that is also critical for composers who would like to survive in the film and TV industry to be able to maintain both the quantity and quality of their scores.

IF: Are there any contemporary composers who you think are highly skilled at combining and mixing musical traditions in their music?

YSC: Composer Michael Giacchino is definitely one of them. His original score for Coco contains lots of Mexican elements, including instrumentation, rhythm, and music forms. He also collaborated with the Mexican-American composer Germaine Franco and many Latin American musicians in order to make the music sound authentic.

Another great composer is Alexandre Desplat. In his Oscar-winning score for The Grand Budapest Hotel, he includes a number of Russian folk songs and tailors the instrumentation to provide the traditional flavor of Eastern Europe.

IF: If you were tasked with scoring a movie set in a different country than you weren’t familiar with, how would you approach the project? What kind of research would you do? 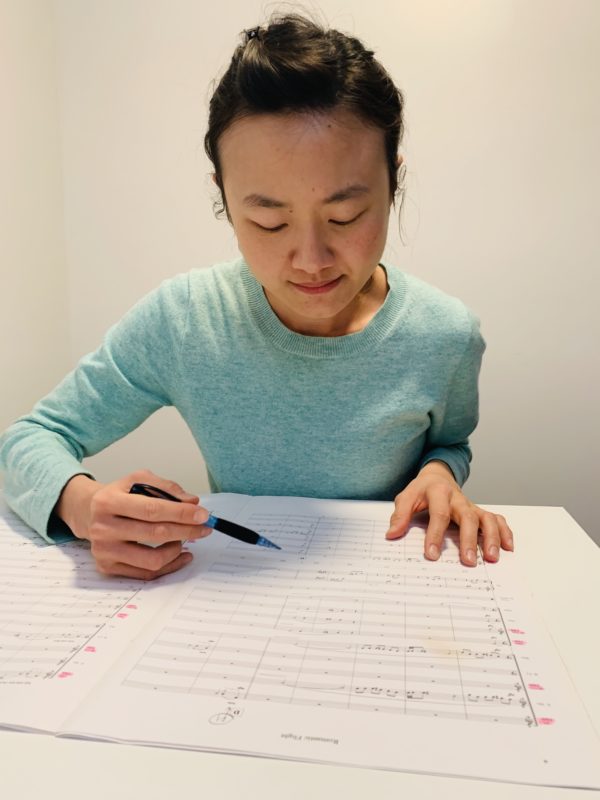 YSC: First, I would review all the materials for the project, such as the script, characters, setting, story background, rough cuts, and the director’s vision of the film, and so on, to get familiar with the project.

Then I would start to search online for the music of that country, and listen to as many examples as I can. Since I would have some sort of concept in my mind about the project after reviewing all the materials, when I listen to music during the research, I would know better what kind of music might fit the picture.

In addition, I would search for the traditional instruments of the country, and do research regarding timbre, instrument register, traditional scales, etc., and think about how I could apply these instruments to the score. I might also search for other films that have a similar location and background and listen to their soundtracks for inspiration.

IF: How do you feel about Disney’s approach to culture-specific music in the 90s/2000s, i.e. The Lion King, Mulan, Emperor’s New Groove, Pocahontas?

YSC: I think Disney’s culture-specific music is great. They not only support the story but also reflect the cultural characteristics of the movies.

The meaningful and notable song “Circle of Life” in The Lion King is a great example. The way the vocalists sing, and the instrumentation, such as percussion and some ethnic instruments, represent the African scenery and fit the story.

In Mulan, the use of pentatonic scales and some traditional Oriental instruments add Chinese cultural flavor to the score.

In Aladdin, similarly, Middle Eastern scales and instruments represent the culture depicted in the story.

One thing that I love and admire about Disney’s music is that they blend Western orchestral instrumentation with elements of whatever culture they want to present. I think that is good for representing different cultures and maintaining the unique Disney style at the same time.

IF: Do you think the entertainment industry is starting to hire more culturally diverse composers? Has there been progress in this area? 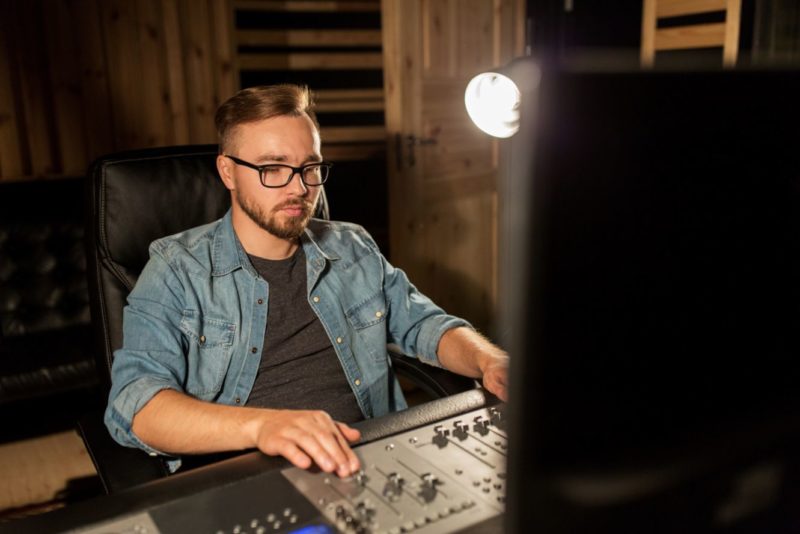 YSC: I think recently the best example is Joker’s composer, Hildur Guðnadóttir. She is an Icelandic musician and a female composer who lives in Berlin. She was also the 2020 Oscar winner for Original Score.

Her win could shake-up the film industry. Although there are more and more discussions about cultural, racial, and sexual diversity in many areas, it still takes time to change. But there has been slow progress in the entertainment industry so far.

IF: Do you have other creative hobbies that inform your composition work?

YSC: There are many things that inform my composition work. It could be random music that I heard on YouTube or Spotify or something from my friends’ work. It could also be the soundtrack from films and TV shows that I watch. Sometimes when I play games, I’m also inspired by the gameplay music.

IF: Is there a single movie score from the last twenty years that went on to influence many other scores that came after it?

YSC: There have been so many great movie scores in the past twenty years and long before that. It’s hard to name a single film score that influenced many other scores that came after it.

However, I have seen so many composers saying that their music is greatly influenced by the legendary composer John Williams. I would say probably almost every composer, at least in Western countries, is more or less influenced and inspired by John Williams’ film scores.