Smart devices have started to be used in all areas of life. These devices, which increase the quality of life and are used by people with great pleasure, also pose a danger. Blue light emitted from the screens of smart devices is considered to be a serious threat to the eyes when the exposure is intense.

Devices such as phones, tablets, and computers have now become an indispensable part of daily life. So much so that even an ordinary person’s daily screen time is stated to be 4-6 hours. When the workplace also includes working at computers, this duration can go up to 12-14 hours. Looking at the screen for such a long-time means being exposed to intense blue light. This carries some risks in itself.

The Most Common Damage: Eye Pain and Fatigue 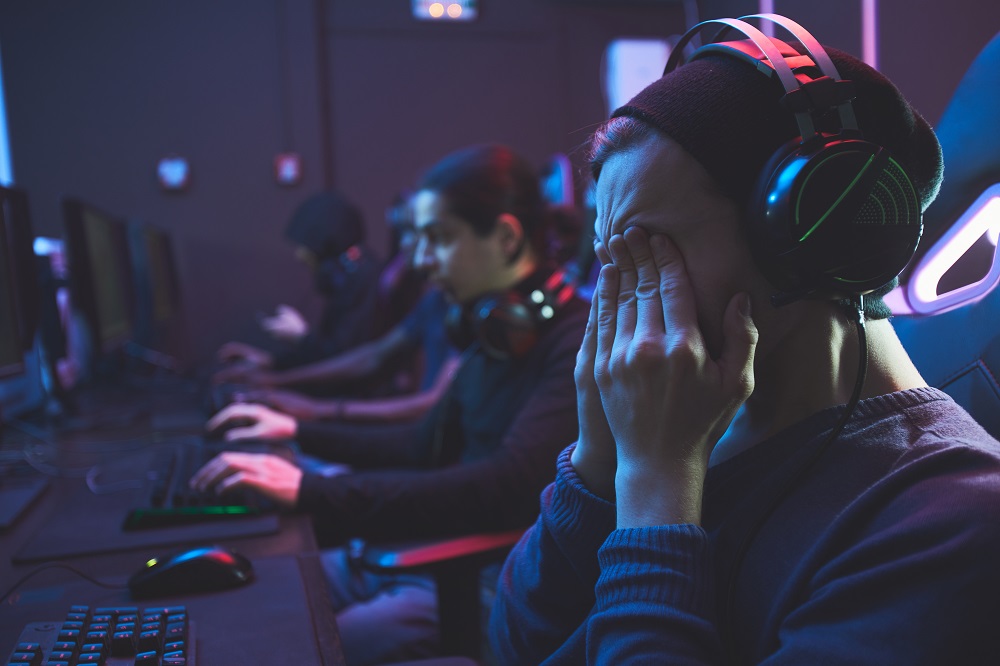 Many quotes have been made that emphasize the importance of the eyes. Because the eye is one of the most developed organs in the human body. The blue light emitted from the screens of devices such as computers, tablets, and phones has many negative effects on the eyes. The major ones include eye pain, eye fatigue, and accommodation disorder.

Due to its structure, the eye is not successful in protecting from blue light. It has a natural protective shield against UV rays emitted by the sun. Thus, it does not allow UV rays to pass to the back of the eye. However, blue light reaches directly to the back of the eye. And it causes the accumulation of lipofuscin substance in this section which is the pigment of aging. This situation occurring in the back part of the eye can cause eye conditions such as macular degeneration and cataracts.

Continuous exposure to blue light may cause eye fatigue and pain. While performing its function, the eye focuses on a point. However, because of blue light, problems are experienced in focusing, and focusing is continuously tried in a short time. This causes the eye muscles to get tired. Thus, pain occurs in the eyes. And problems of focusing begin. These problems, which may be temporary at first, may become chronic after a while.

There is also blue light in the sun rays, which is the biggest light source of the galaxy. However, the amount of blue light emitted by the sun is little and affects people only part of the day. It can even be said that this short-term exposure is beneficial for human health.

Prolonged exposure to blue light emitted by artificial light sources and devices has an oxidative effect on the retina. This has detrimental effects on eye health. There are some symptoms of the harmful effects mentioned here. The major ones are as follows: Macular degeneration is a condition usually seen in old people. Studies have shown that in the past, this disorder was generally seen in the 60s and over. However, in recent years, there has been an increase in the incidence of this disease also in young people. The relationship between blue light and bipolar disorder has drawn attention in similar studies.

Bipolar disorder is a condition stated as an emotional disorder. It causes people to get into an unstable mood. Those with bipolar may suddenly feel sad when feeling very well. There are unbalanced changes in their emotions. This disorder affects the life quality of people extremely negatively. A relationship has been determined between such an important disorder and exposure to blue light. Therefore, it can be stated that blue light is a threat not only for eye health but also for human health.

Melatonin is known as the anti-aging hormone and is of great importance for people’s sleep patterns and general balance. Melatonin has important functions within the body. However, the most important of these is related to the sleeping pattern.  The level of the melatonin hormone increases with darkness and thus the body prepares itself for sleep.

Studies show that this harmful light also increases the release of cortisol. As a result of this situation, the risk of obesity and some chronic diseases rises.

The negative effects of blue light, such as disrupting sleeping patterns and changing the circadian rhythm, may cause serious public health problems in the future. This situation caught the attention of NASA and it has started researching the subject.

On the basis of the research conducted by NASA, the short-wavelength (blue) lights that employees had been exposed to were replaced with long-wave lights. As a result, positive changes have been observed in the employees. A more detailed report on the subject is expected to be published in the future.

How Can We Avoid Blue Light?

The most effective way to avoid this problem can be expressed as blue light glasses. Lenses with Blue Light Blocked effect in prescription blue light glasses prevent blue light from entering the eyes. Thus, even if you have a job where you have to look at the screen for a long time, you can be protected from the harmful effects.

Another way of protection is to activate the reading or night modes of the devices used. Thus, the amount of blue light emitted by the screens will decrease to very low levels and the negative effects will be reduced to a minimum.